Hamilton provided field watches to LL Bean for several years in the 1980s and 90s.  You can find them with mechanical movements, quartz movements and even automatic movements.  The original field watches were based largely on the military models, and what appears to be specifically the GG-W-113.  They also made a pocket watch version that I've always been curious about... did it have a larger pocket watch movement too? 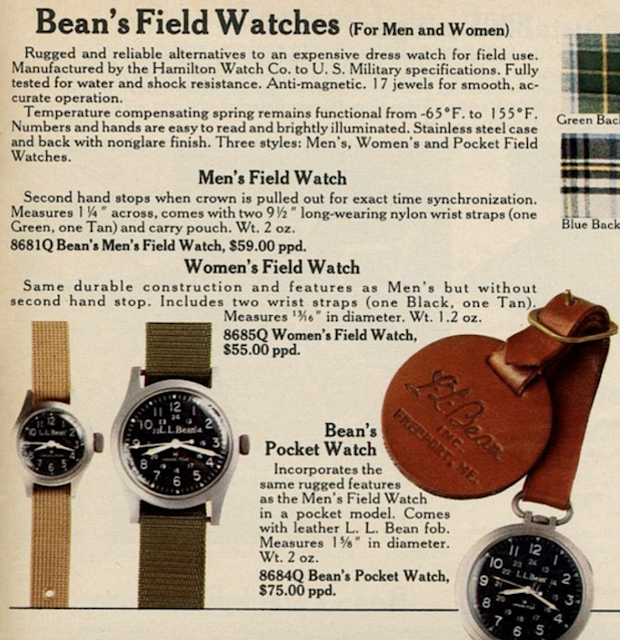 Priced at $75 in the early 1980s, that seems like a pretty good price by today's standards... around $200 give or take.  When in decent shape, they often sell for north of $200 today on eBay, and I have never succeeded in purchasing one, until now.

My LL Bean pocket watch is in need of some TLC, which is probably why I was able to get it.  The luminous paint on the hands had failed and it was rather grungy in general. 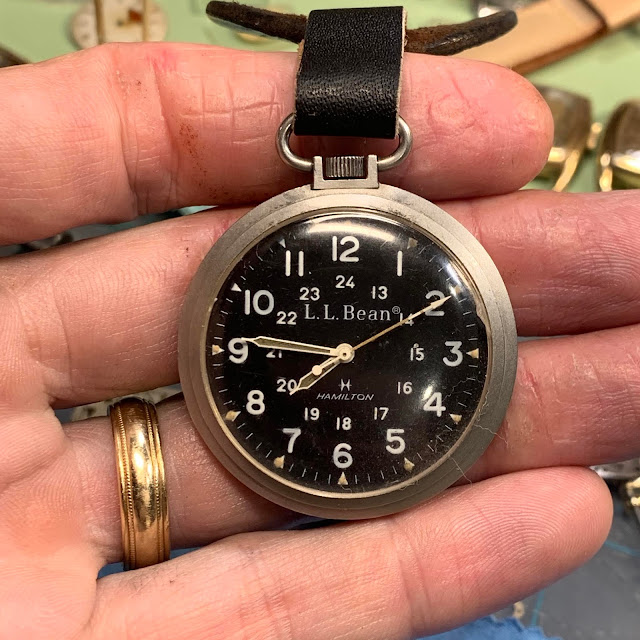 My watch even came with its original fob, as shown in the catalog depiction. 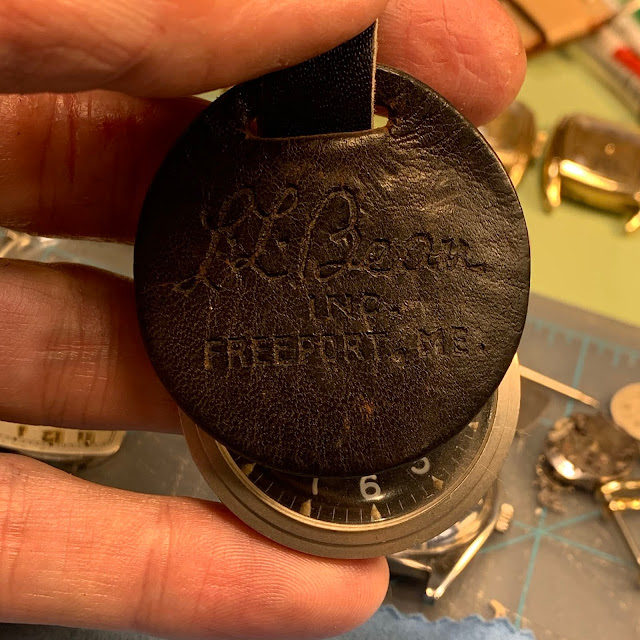 The crystal on my watch is cracked and needs to be replaced. 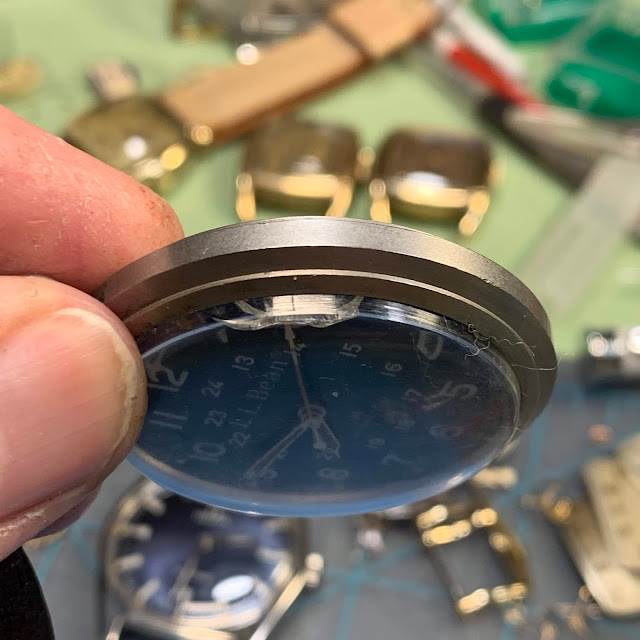 Other than being quite a bit larger, the case back looks very similar to the wrist watch version of the field watch.  There's a little recess on the side where a case knife can pry the back off. 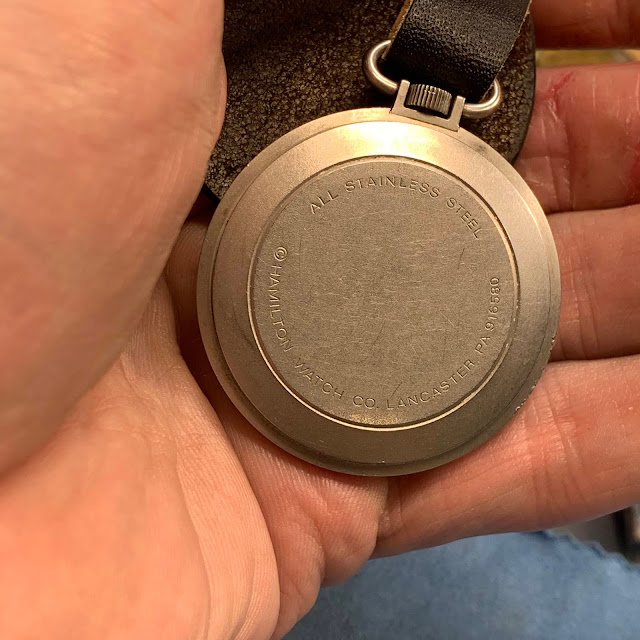 Well, mystery solved - the movement inside is a 17 jewel Hamilton 649 movement, just like in the field watch and the GG-W-113, along with a substantial movement ring to secure it inside the case. 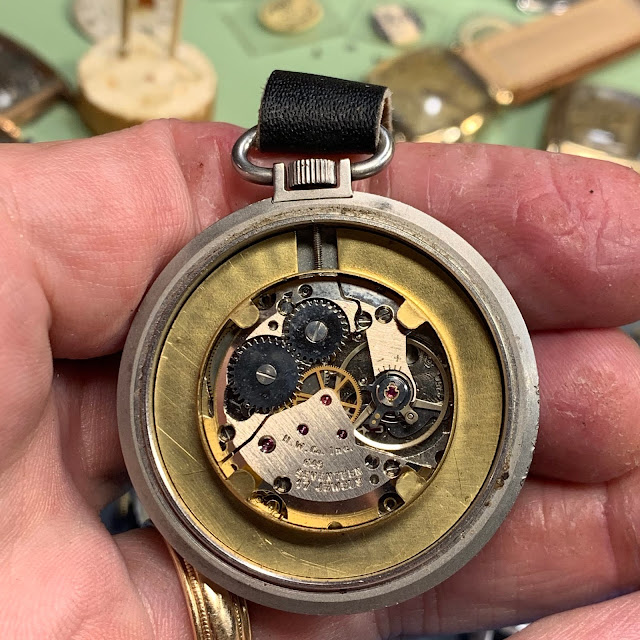 Like other watches with this movement, it has a golden lever inside that stops the balance when the time is set... also known as "hack". 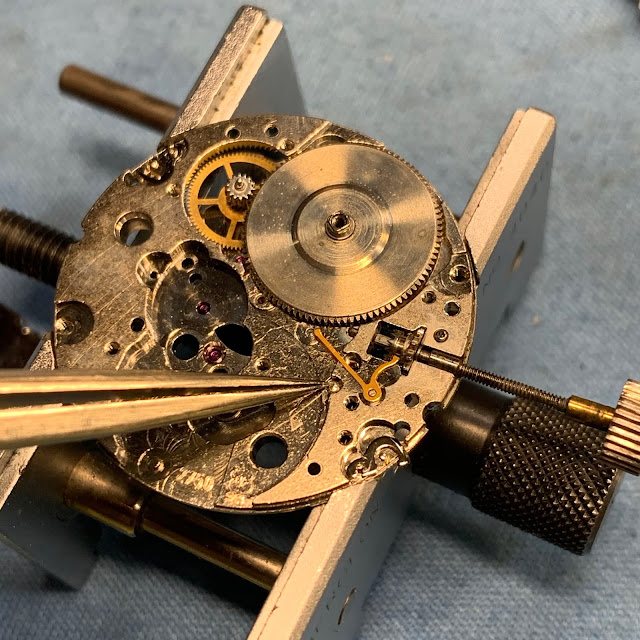 While the parts are being cleaned I will prep a new crystal for installation.  This is the same style crystal I'd use other models, just with a 36.2mm diameter.  However, the wrist watch version also had a reflector ring. 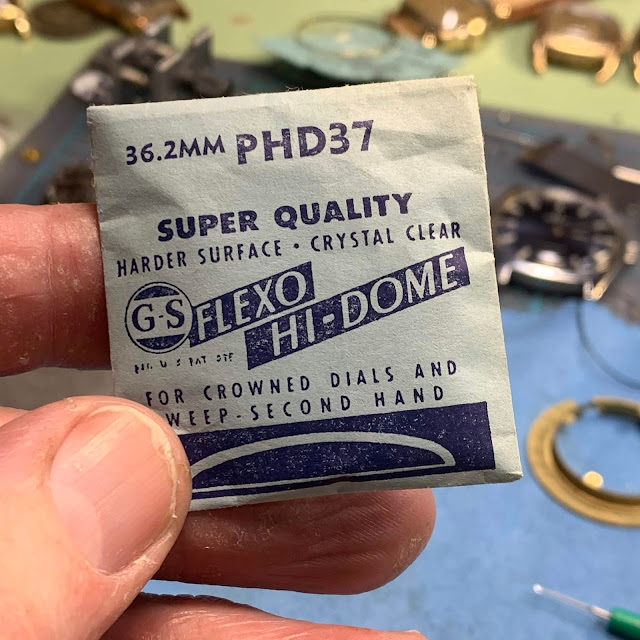 Everything is cleaned, dried, and laid out for reassembly.  There's a clear gasket inside the case back to help seal the watch. 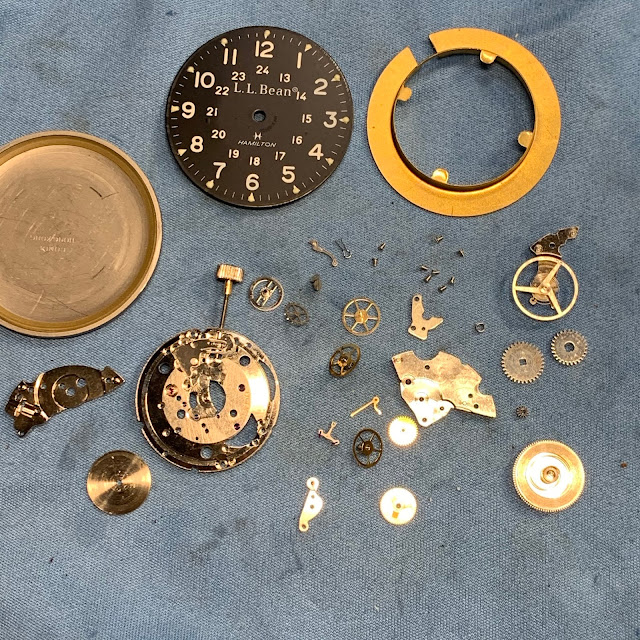 The movement is back to running order.  It's off to the timer to see how it's performing. 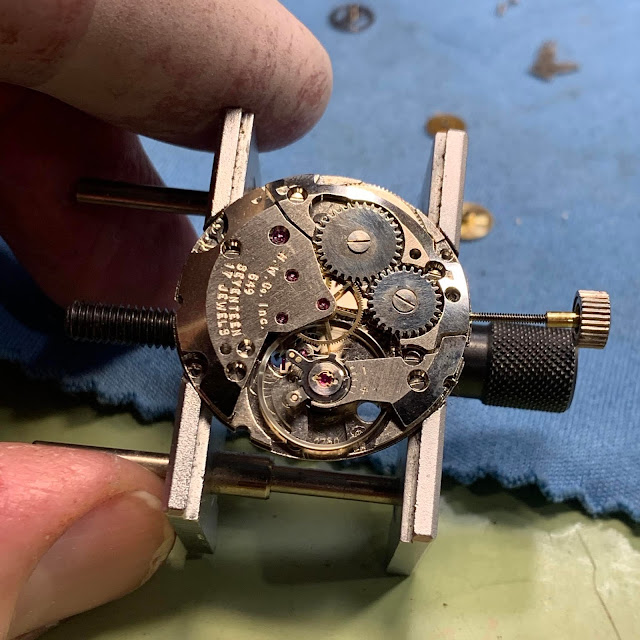 It's running a smidgen fast but that should be easy to adjust. 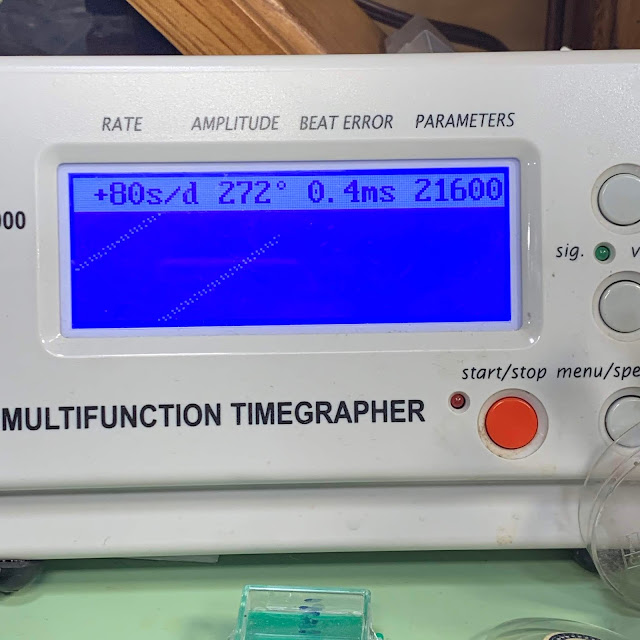 11 seconds fast... that should be good for now and it might slow a little as it settles in. 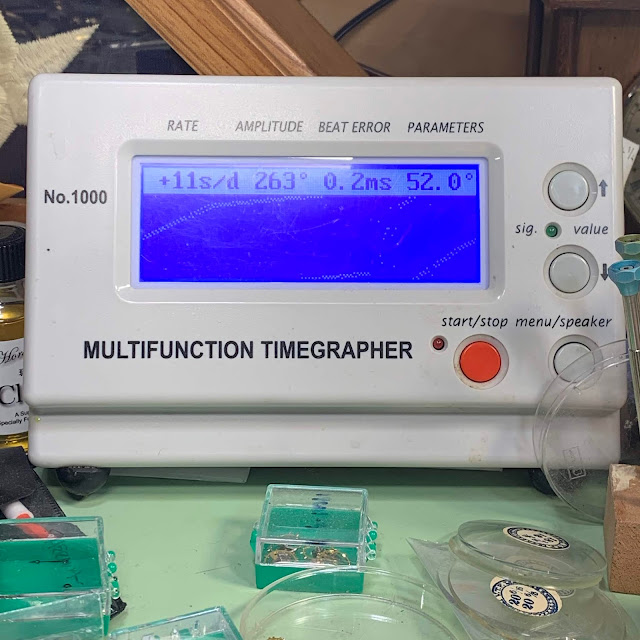 The finished project watch now looks like it's ready to go into a new LL Bean catalog.  I even put the fob on in the same manner in which the catalog depicted it.  The hands and dial have been relumed so they will glow in the dark again.  This pocket watch turned out great, I'm glad I picked one up! 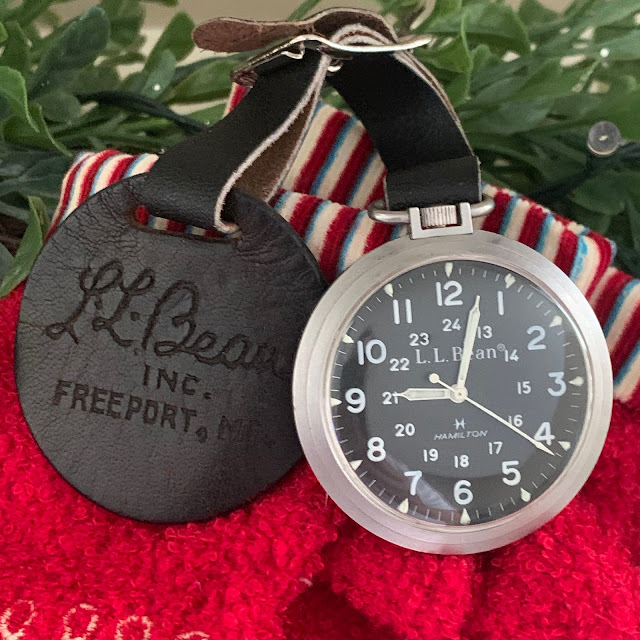