Once production in the US ended in 1969, manufacturing moved to Hamilton's Swiss factory.  Some models made their way to the United States but a lot models were intended for other international markets.  It's not unusual to find models that do not show up in the US catalogs, even though they may look very similar to other known models.

I recently landed a watch that I assume is a non-US model.  It's likely known only by the number on the back of the case, 64049-3.  I've seen this same case before but with a slightly different dial.  That's not unusual for 1970's watches either.

The case is stainless steel and the "-3" in the model number would indicate that.  The watch is in good shape but the hour hand has scraped the dial apparently and there's a tiny piece of lume missing from the hour hand. 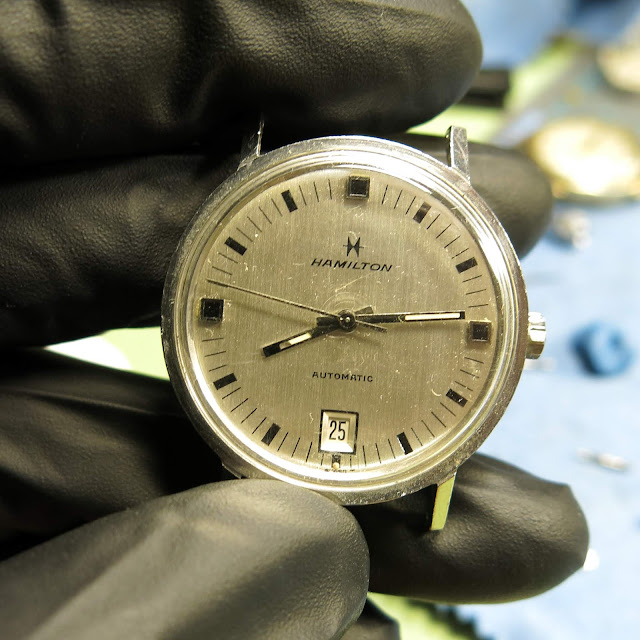 The back of the case is clearly marked with the model number and based on the 64 starting the number, I would guess there is a caliber 64 inside. 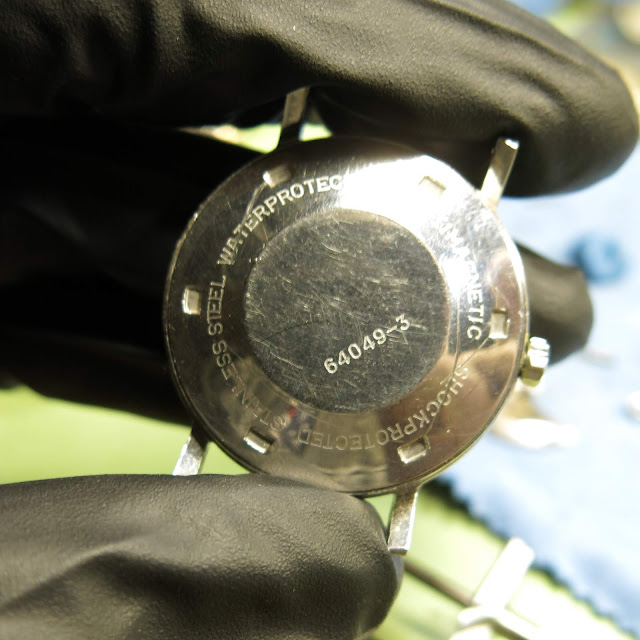 Hmm... this is interesting.  The movement is a 17 jewel 694A and not a 21 jewel caliber 64.  The 694A is what's used in the Dateline A-series of models and is based on the caliber 64 platform but 21 jewel version has four extra jewels in the automatic framework. 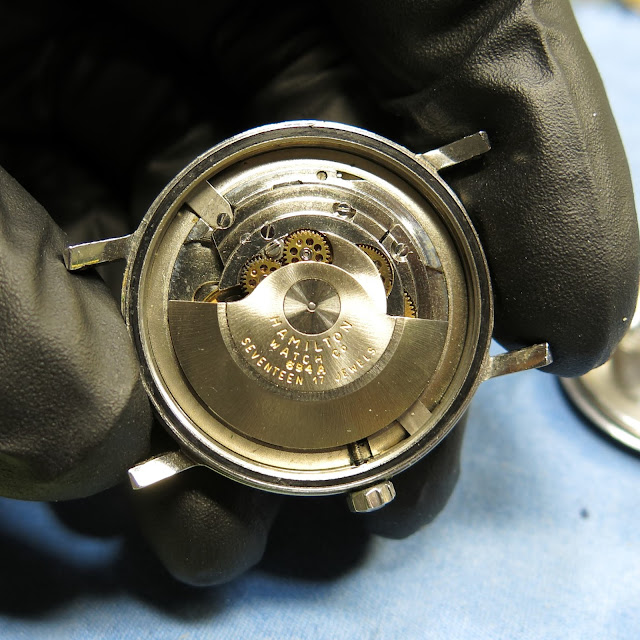 With the dial out of the way you can see the calendar mechanism on top of the main plate.  There are a couple of small springs to keep an eye on but its fairly straightforward to disassemble. 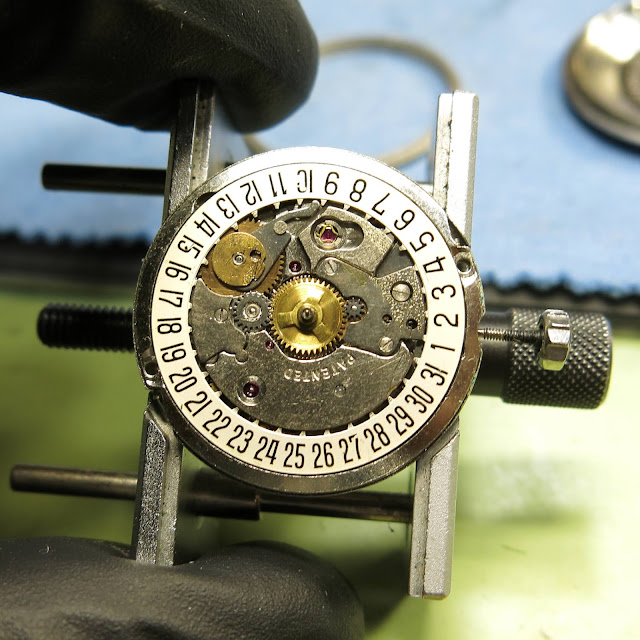 Here you can see the 64 stamped into the main plate that indicates what the movement is based on. 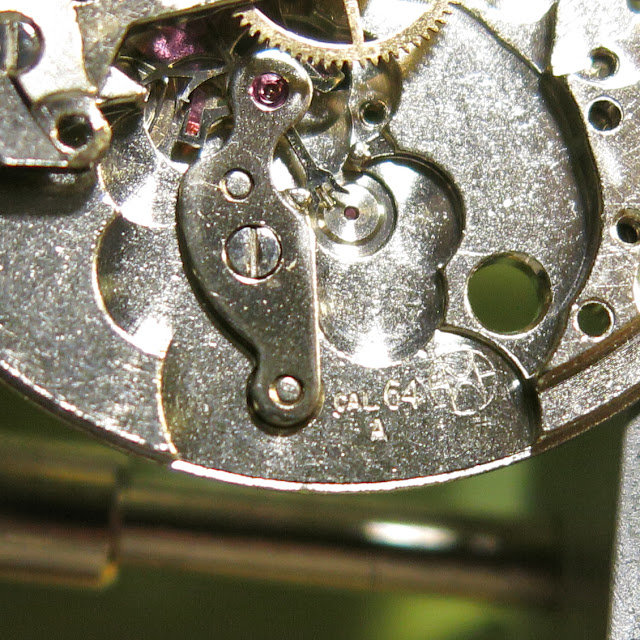 All the parts are cleaned and dried... well all but one, I lost one of the springs from the front somewhere.  It will turn up eventually.  Notice the inside of the case back doesn't say Lancaster PA.  Another sign that this is probably a 1970s model. 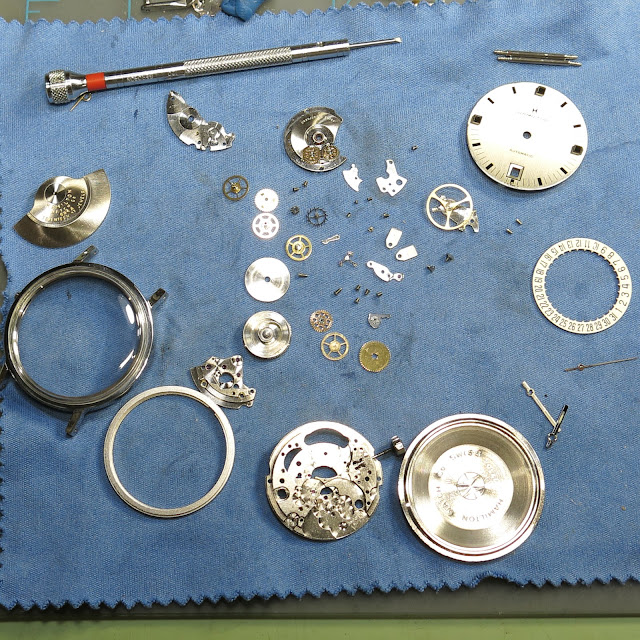 The reassembled movement is ticking away with good motion.  Notice there's a HYL stamped to the balance cock, that's the import code for Hamilton in the US so this movement was at least intended for the US.  That begs the question, was the movement swapped out in this watch at some point?  It really doesn't matter one way or the other, the 694A is the same thing as a Cal 64. 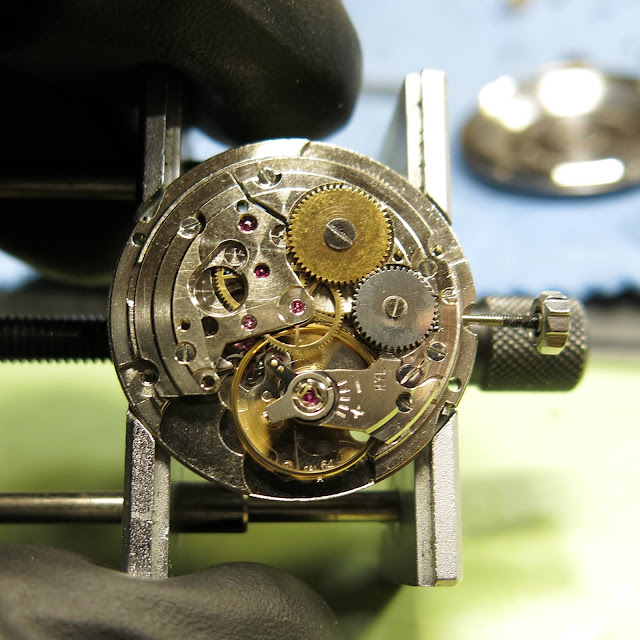 It's running a little fast and the beat error is a little high but they are both easy to adjust. 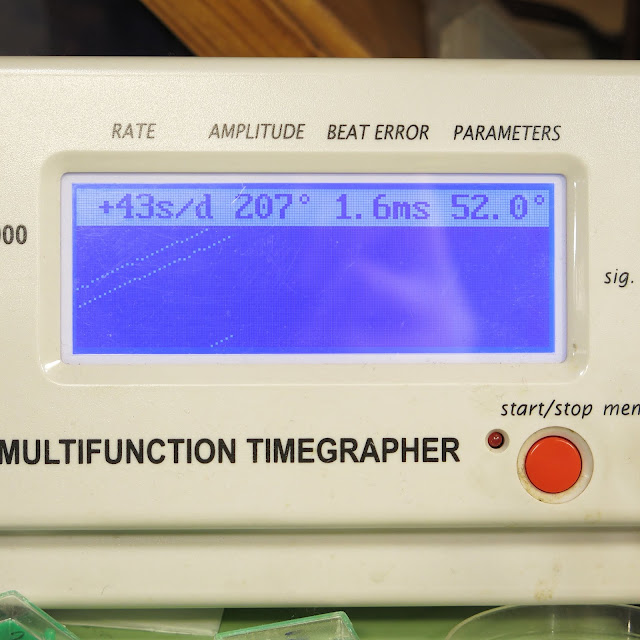 There... that's much better.  I haven't wound the watch up very much, that's why the amplitude is a bit low. 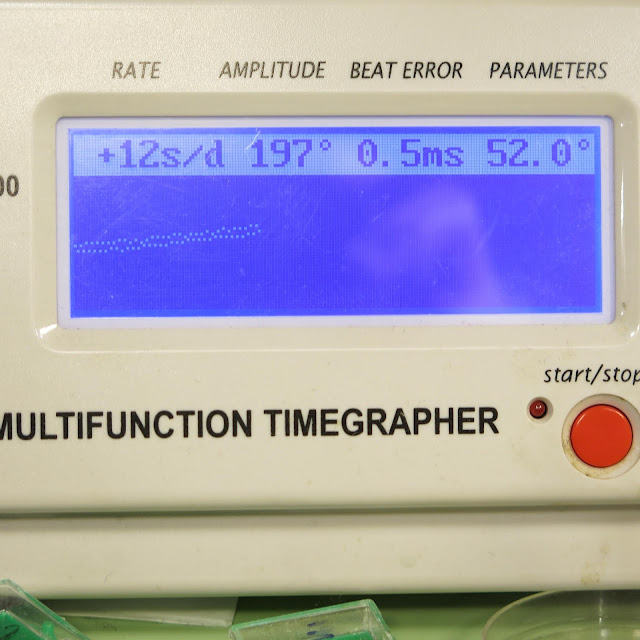 A little furniture paste wax on the dial reduced the scratches a bit so this watch now looks much better than what I started with.  My attempt to fill the missing lume on the hour hand didn't have perfect results but you wouldn't notice that without really looking hard at it. 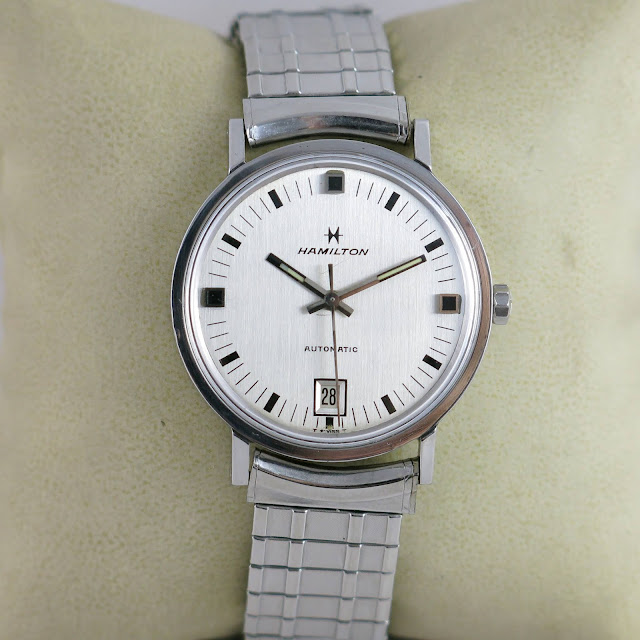 It's a nice looking watch, don't you think?  It's also a pretty good size too - about 34mm wide without the crown.