After almost 10 years of this blog, it's funny when I realize there are some models that I've worked on that I have not posted about.  One of them is the 1958 Seabeach.  I know that I've worked on at least a couple over the years but there is no blog post - until now. 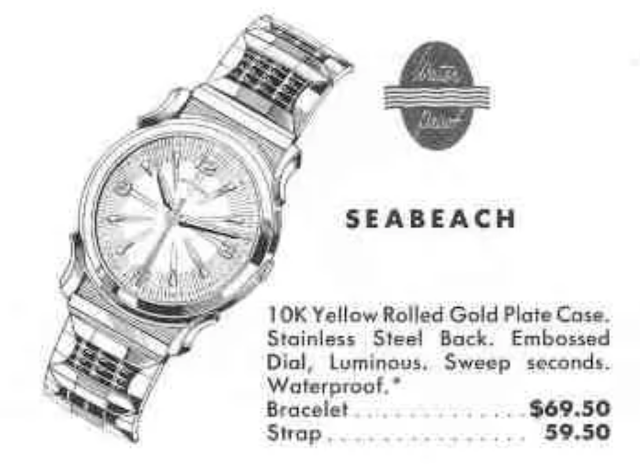 The Seabeach was introduced in 1958 with the initial wave of sea-somethings.  It was only produced for two years.  If it looks familiar, that's probably because it looks a lot like the earliest Accumatic models - although the Seabeach is a manual winding model
The case is 10K rolled gold plate and it has a stainless steel back.  It was available with a bracelet or on a strap.
One of the striking features of the Seabeach is the heavily textured dial with a scallop shell-like  pattern.
My project watch came courtesy of a fellow collector.  As received, it was in pretty good shape.  The crystal is a bit beat up and the crown is worn but otherwise it's a very nice example.  The bracelet is not original but it looks nice with the textured dial. 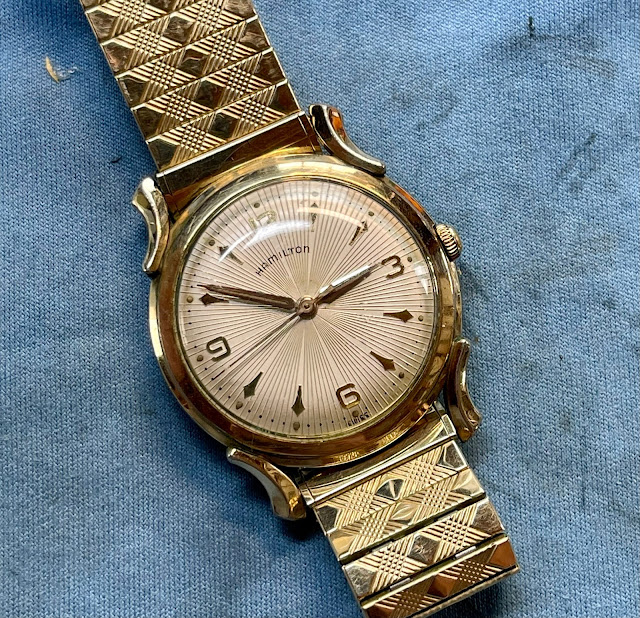 The stainless steel back is arguably my least favorite design.  The flat back is held on by a thin threaded ring.  The ring has four small slots to engage with a wrench of some sort - but nothing I have fits nicely.  So it takes some patient finagling to get it off and even more to put it back on. 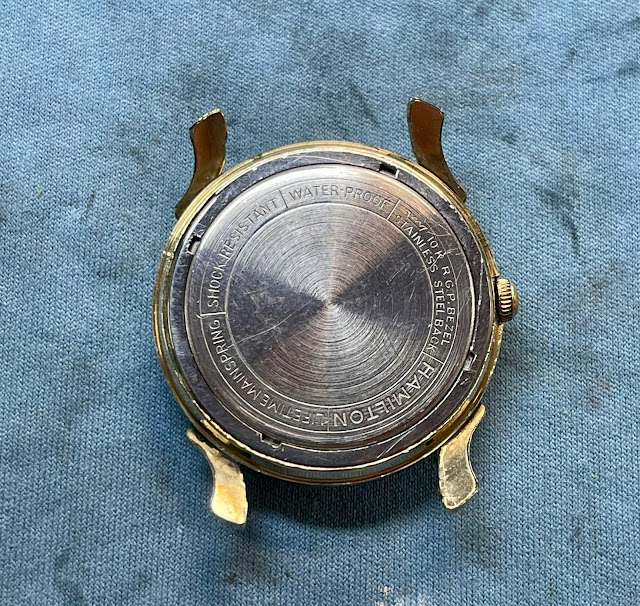 Inside the case is an ETA 1080 movement, named the 671 in Hamilton parlance. 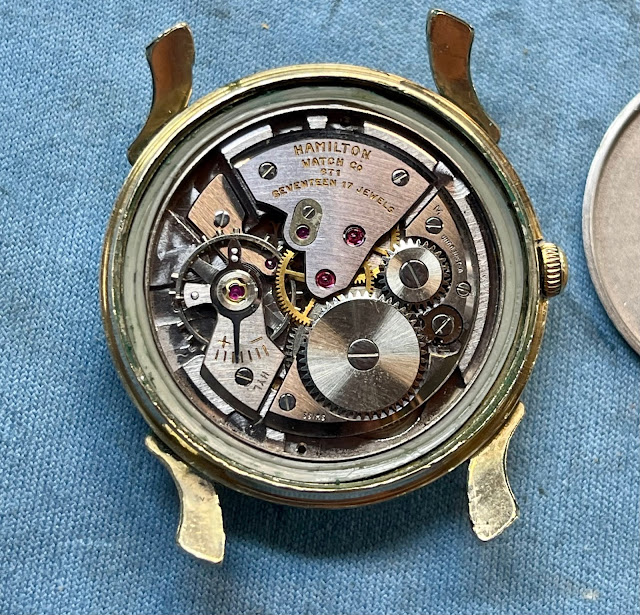 There aren't any service marks inside the case back.  I wonder if this watch has ever been serviced before? 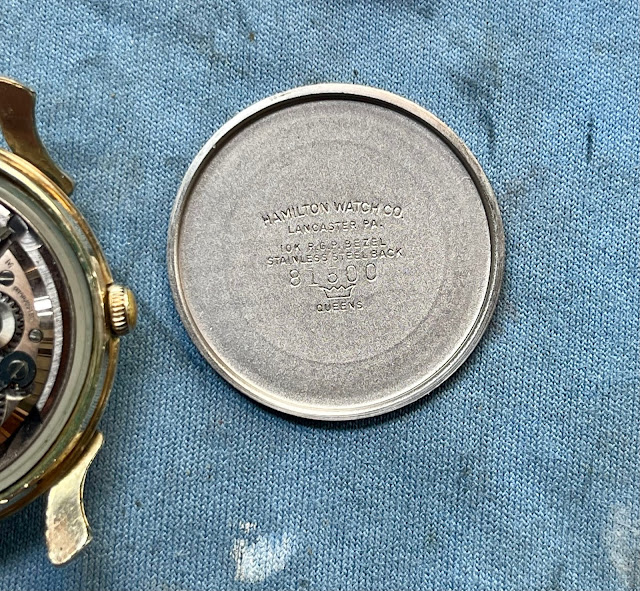 Everything is taken apart a thoroughly cleaned and dried.  The 671 is a lot like the automatic movements used in the early Accumatics - it just lacks the automatic framework and mainspring barrel. 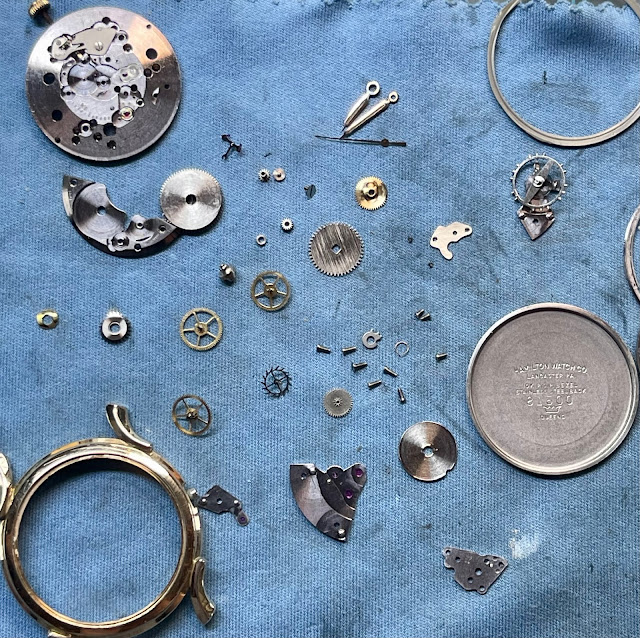 The reassembled movement is ticking away with a nice motion.  Time to see what the watch timer thinks of the ticking. 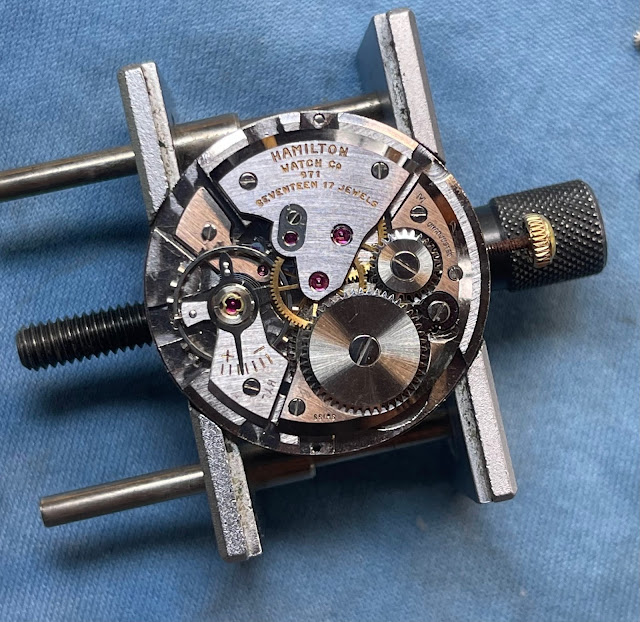 It's running a bit fast but a slight tweak should bring the beat rate in line. 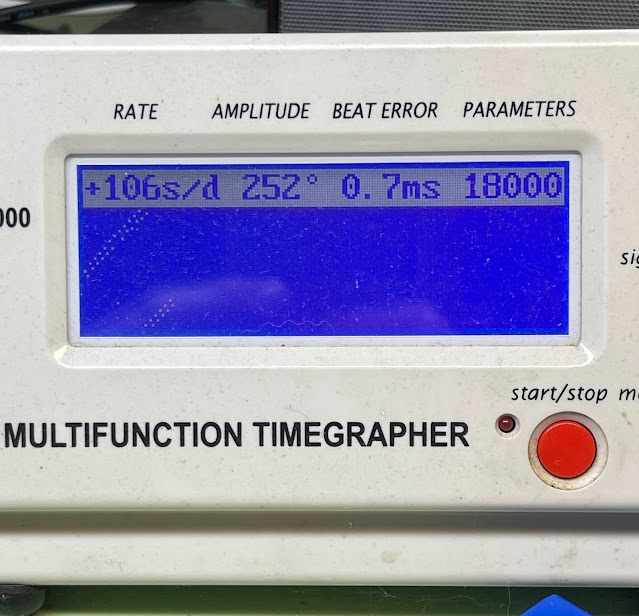 There - you can see the two lines approach horizontal, indicating that it's beating almost a perfect 18000 beats per hour. 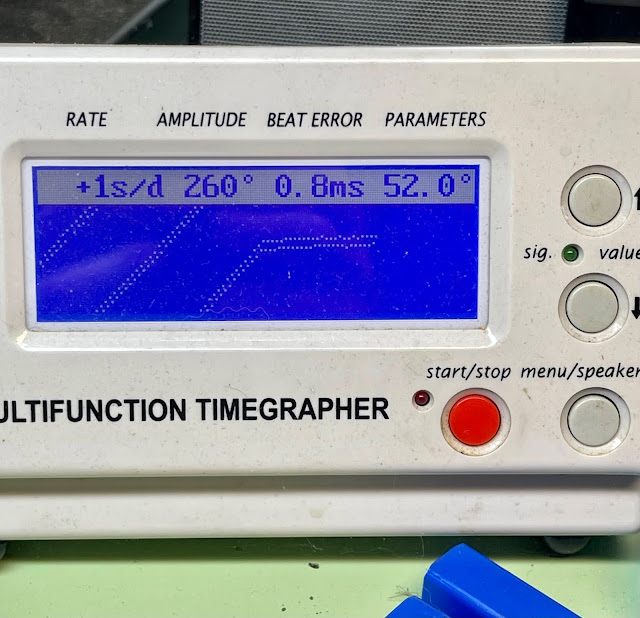 A fresh crystal is all this watch needed to look almost new.  I don't have a replacement crown for it but other than that, this watch looks and runs great. 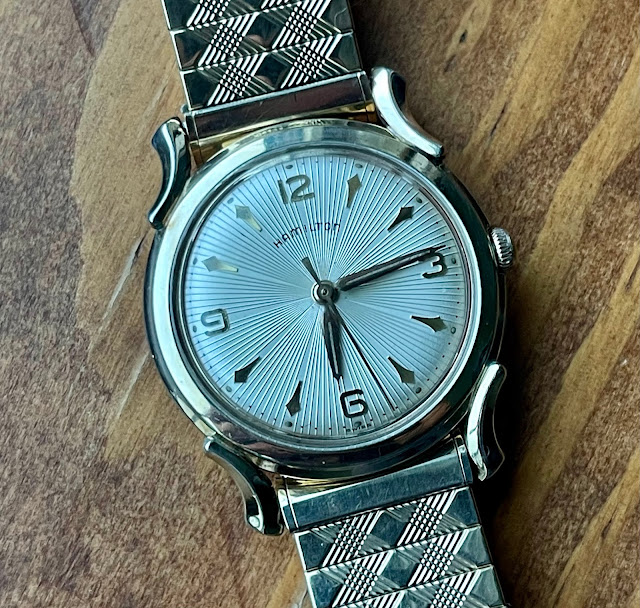