You won't see rolled gold plated cases until the mid-1950s and by the 1960s they were fairly common, especially on Hamilton's entry level models.  One model that had a fairly short run was the 1968 Thinline 6511.  It didn't make it into the 1970s, 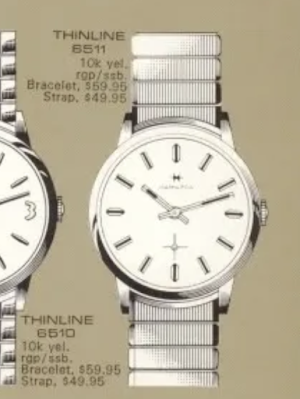 Thin was in, in the 1960s and Hamilton had models with manual winding and automatic movements with this designs.  Models ran the gamut from solid gold through gold plate, through stainless steel and ultimately RGP cased models.  The difference between gold filled and RGP is significant.  Gold filled has a layer of gold where about 5% of the thickness of the case is gold.  RGP is a much thinner layer of gold, measured in microns.  You have to be careful with RGP cases as you can polish right through the gold layer if you're not careful.
I've had a Thinline 6511 on my to-do list for quite some time.  I bought it a while back but I didn't realize it was a blog candidate.  It looks very similar to some other Thinlines I've already covered, like the Thinline 6510 or Thinline 6505 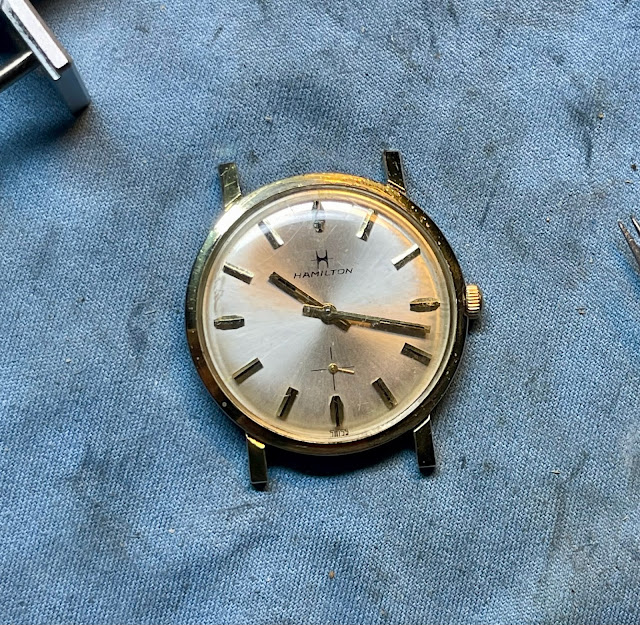 The Thinline 6511 has black highlights where other models might have luminous paint.  So the dial and hands seem to sparkle because of the contrast between black and gold.
My case is a bit pock-marked by years of wear and the inside of the case is simply marked Hamilton W. Co. It doesn't even have Lancaster PA inside.  The case appears to have been made by Keystone - who made watch cases for Hamilton for many decades prior to 1968. 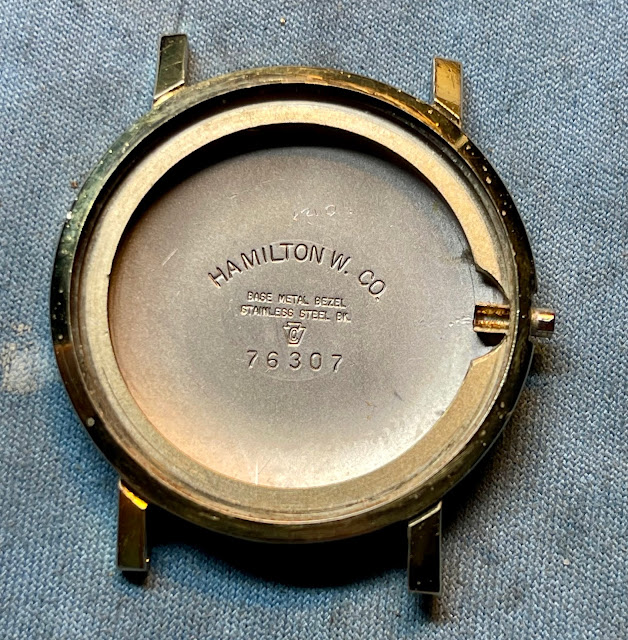 Inside the case is a 17 jewel Hamilton 639 movement.  I like these Thinline movements.  The axles for the wheels are so short, they pretty much assemble themselves when you try to put it all back together again. 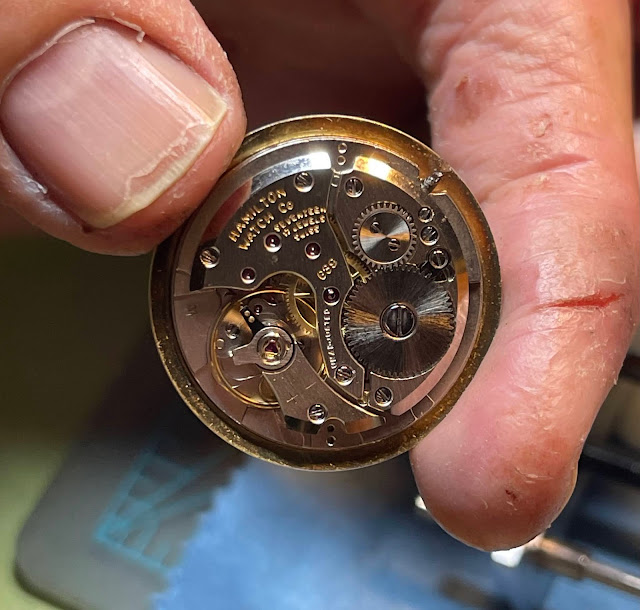 I neglected to take my usual disassembled and drying photo and by the time I realized that I had forgotten, the. movement was already reassembled and placed on the timer.
Not too shabby.  The amplitude is a little low but this movement doesn't have a crown so it's a little hard to wind and not fully wound yet. 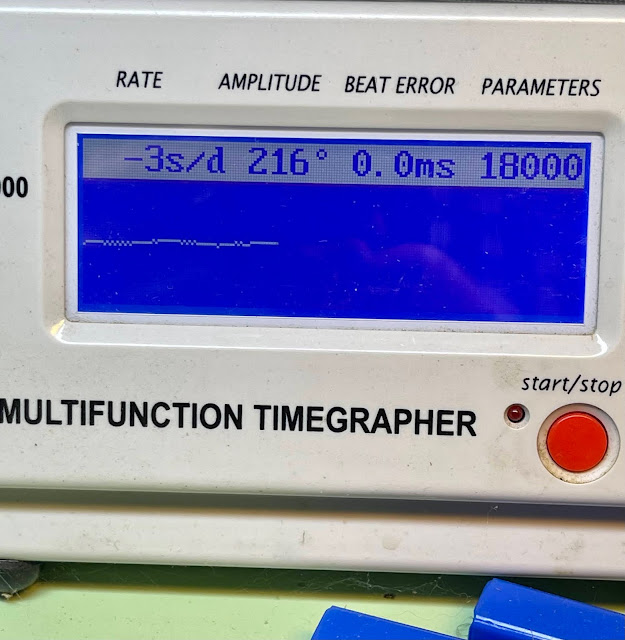 The reassembled watch looks just a little better than what I started with, thanks in most part to a new low profile crystal and a nice leather strap.  The case is still a little pitted but I didn't want to overdo the polishing and ruin the plating.  It definitely looks much better to the naked eye. 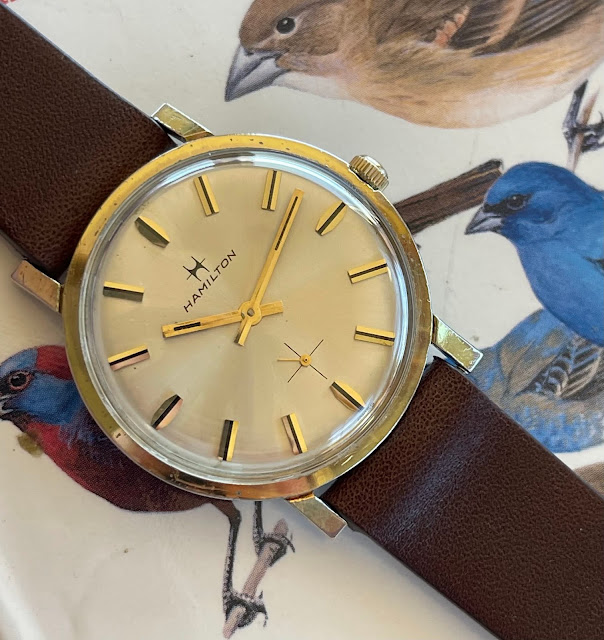