The Illinois Watch Company was a well known American manufacturer with a great line up of wrist and pocket watches.  It was a great opportunity to expand Hamilton's business, gain economies of scale, and benefit from the technological synergies that Illinois offered.

Shortly after the acquisition, Hamilton introduced their Explorer series with Hamilton-branded movements based on Illinois designs.

Illinois continued to make watches for a while and one of them was the Illinois Ritz.  The Ritz is a unique model in that it was offered in a two-tone white & yellow case - a very popular option. 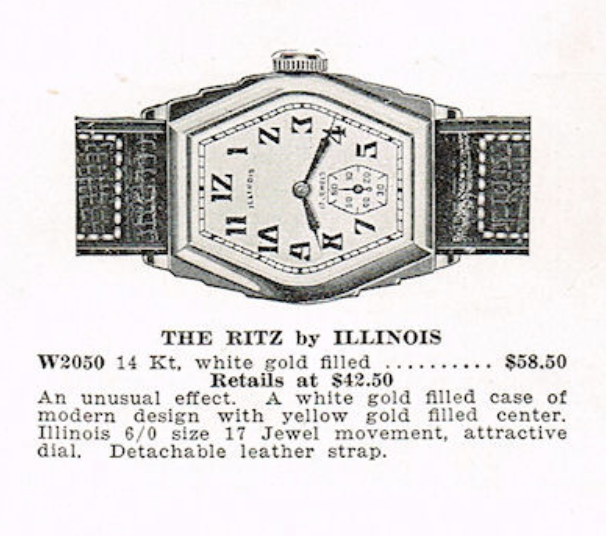 I don't know that much about Illinois watches, to be honest.  However there is an excellent set of books available from Fred Frieberg at www.illinoiswatches.com.
I find Illinois watches to be as good as Hamilton watches from the 1920s but that simply means they can be VERY finicky and lack the technological improvements that came later in the 1930s and beyond.  I'm sure in 1930 they were excellent watches and with a watchmaker in every jewelry store they were easy to repair when necessary.  However, fast forward 90 years and you'll likely find Illinois watches with a LOT of mileage that are long overdue for maintenance.  Good luck finding spare parts!
They can be very tempting though and Illinois models can offer really, really cool designs.  My latest project is a good example.
Looking at the watch, in color you can see the impact of a two-tone case.  The dial is obviously refinished and the hour and minute hands are the incorrect style but only a purist would care. 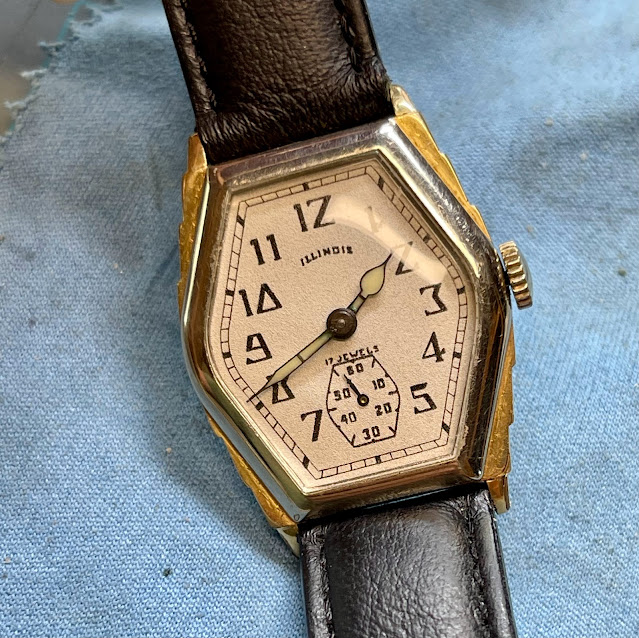 The case back is also white gold filled and snaps on and off. 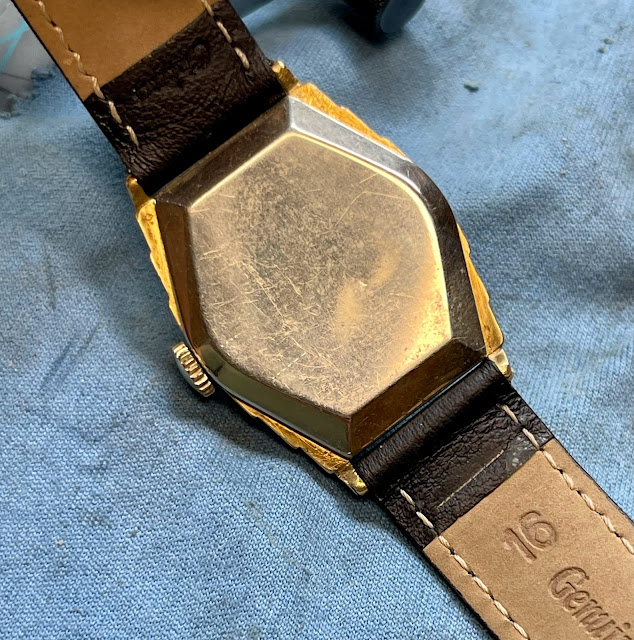 Opening the back of the watch, I can see it's been serviced fairly recently but you never know what the codes inside indicate.  Watchmakers have different methods for marking watches they've worked on.
One thing I can tell for sure is this watch is missing the case screws that secure the movement inside the case.  Based on the dull brass color of the jewel settings, I'd say it's been a few years since this watch was last cleaned so the 1-11-17 could be from January 2017.  Five years is definitely due for another cleaning as the oil inside eventually evaporates. 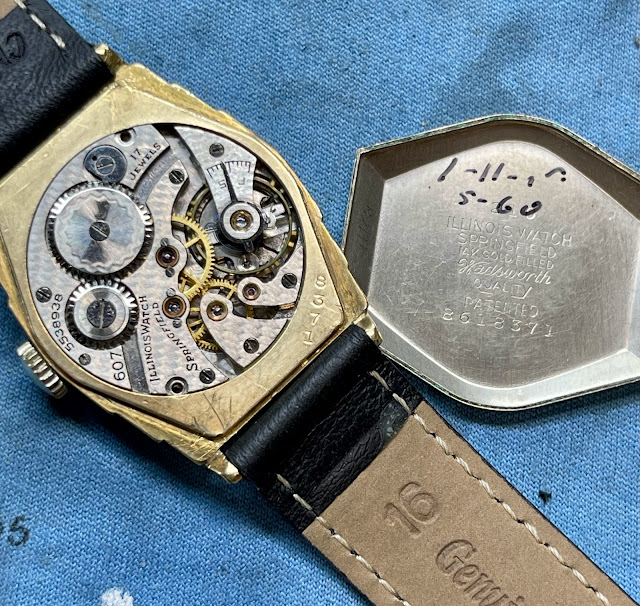 Everything is cleaned and dried.  This watch already had a white alloy mainspring installed, another sign that it had been overhauled sometime since 1950 or so. 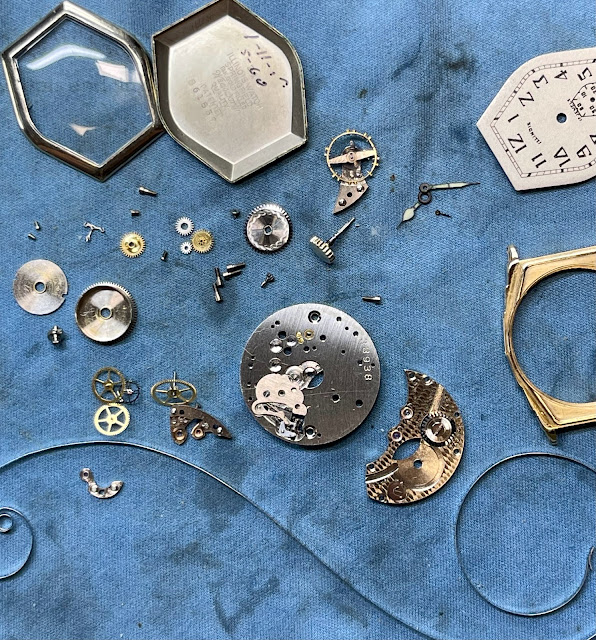 Dang... it took me about 90 minutes to get this movement working again.  Did I mention I find these old movements finicky?  Power wouldn't transfer through the gear train very well.  I think the 3rd wheel had too much end shake and it would wobble.  I had to finally adjust the jewels so that they were closer together and would support both ends of the 3rd wheel pivots.  Finally I got it run with good motion.   Notice how much brighter the movement is overall and especially the brass jewel settings - that's a sign of freshly serviced movement.  A good clue to look for when looking at "serviced" watches on ebay. 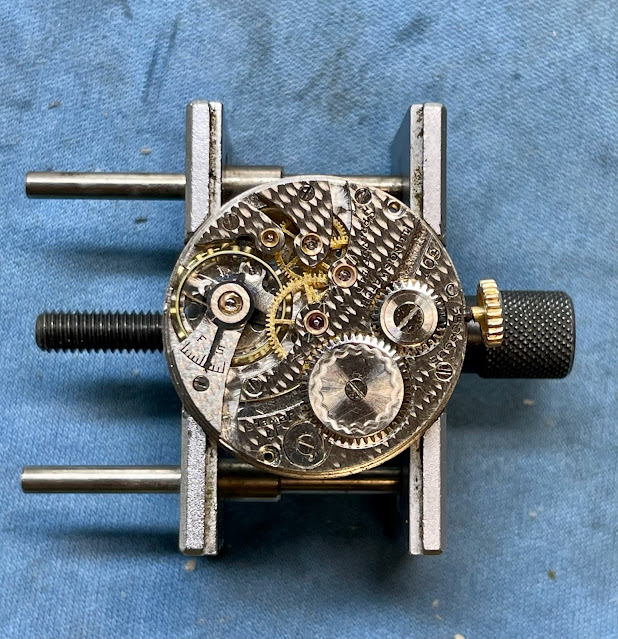 On snap!  This watch is running very slow.  I didn't wind it too much so the low amplitude is partly due to that but the beat rate is really slow. 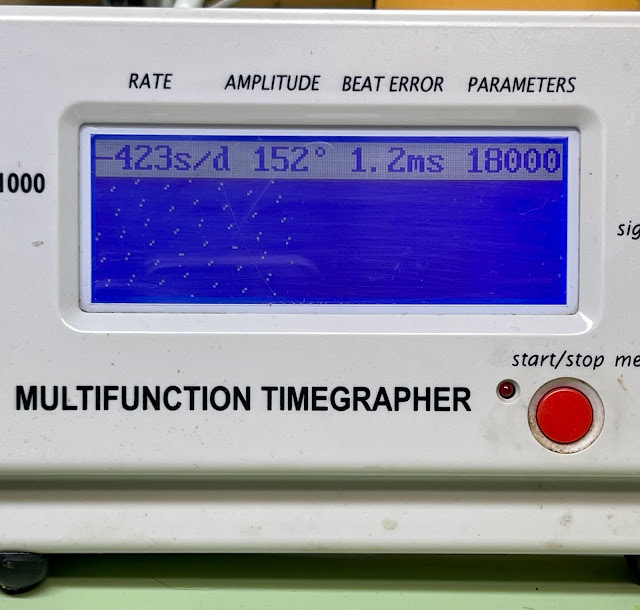 A lot of things can make a watch run too fast but too slow is a possible indicator that the regulator isn't holding the hairspring.  Without a regulator the hair spring is too long and that makes the watch run slow.  Looking closely at the regulator, I only see one prong where there should be two. 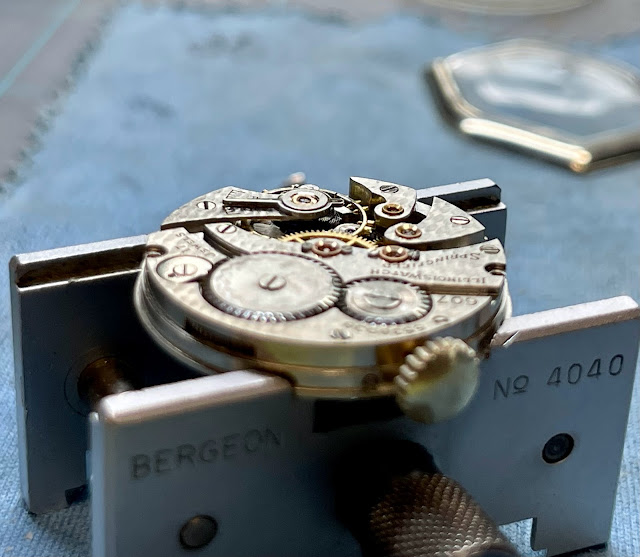 Here's an even closer look... I only see one prong where there should be two and the hair spring should be in between.  Note the two gold circles on the regulator and only one has something below it.  The "fork" holds the hair spring enough to effectively shorten the hairspring and make the balance spin faster.  With only one prong, there's not much holding the hairspring. 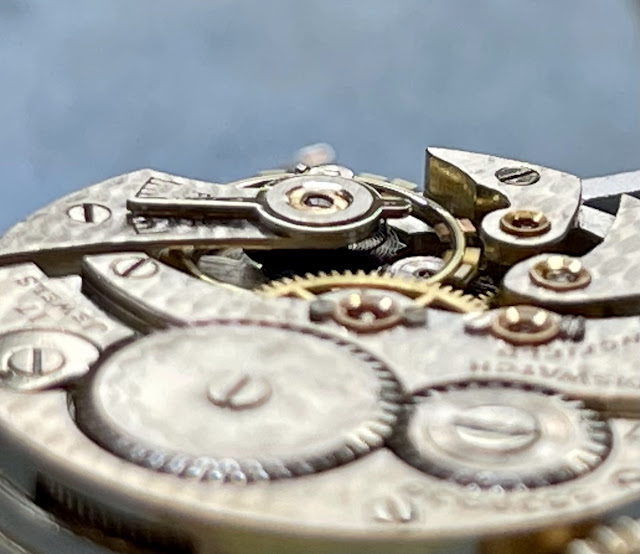 Moving the regulator closer to fast speeds up the watch a little but it's still running around 5 minutes slow per day.  That's not great but not too many people from 1928 are doing as well.  Considering a vintage watch is only worn for a few hours a day, most collectors would tolerate this performance and just set the time a little ahead in the morning so it catches up later.  There's not much I can do about it anyway - I don't have any spare parts for Illinois movements. 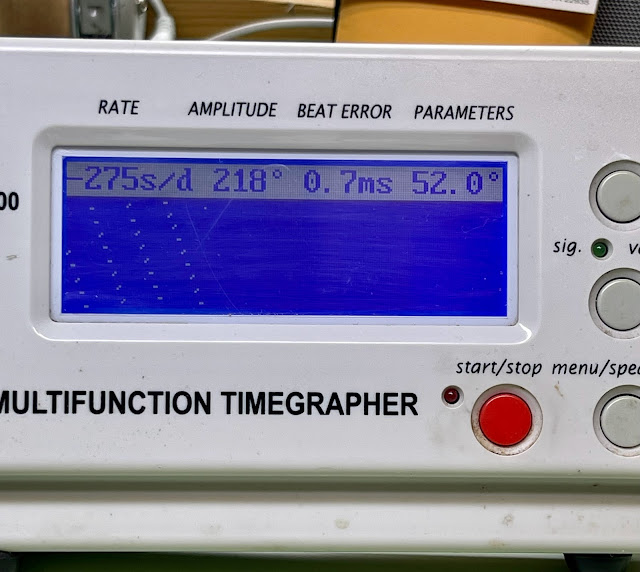 My finished project is looking great and it has fresh oil in it so it can be enjoyed, even if it will be a little slow over 24 hours.  Such is the life of a 90 year old watch. 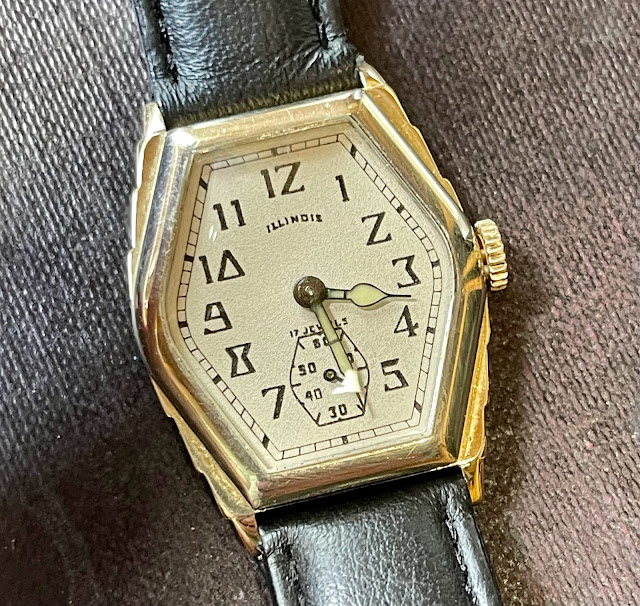