I have a couple of new models to eventually post that I haven't done before but I thought I'd share another previously documented model first.

This is a LL Bean Field Watch made by Hamilton during the 1980s.  It's essentially the same as the Khaki model and you'll find other branded examples by Orvis and Brookstone.  I like these watches and I've collected quite a few over the years.  They are based on the US military watches made at the same time.

These watches are very popular - so popular, in fact, that Hamilton continues to make more modern versions of these watches, except they are a little larger today. 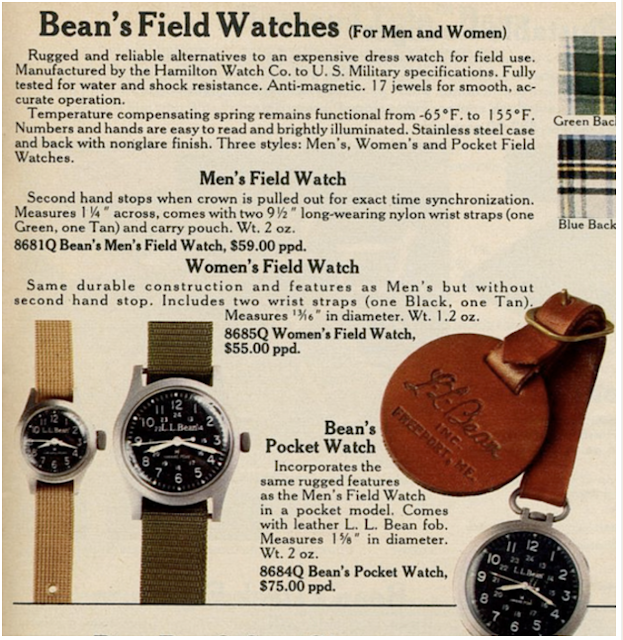 My latest project arrived with a broken crystal but is otherwise in good shape.  It will look a lot better with some fresh luminous paint on the hands.  The catalog image shows you what it would have looked like originally. 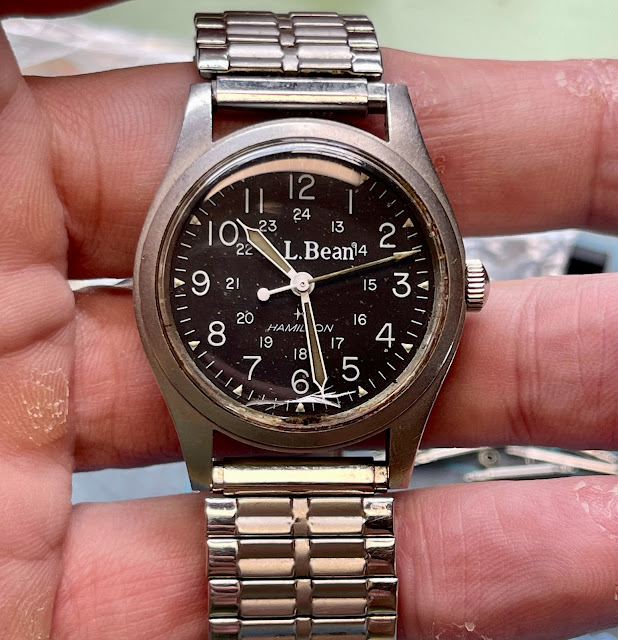 All of these field watches have the same model number - 921980.  Later Khakis from the 1990s have a different model number 9415A.  They are similar but actually have an even better movement inside.
One thing interesting about this example is the case back is a little different than other LL Beans I've restored. 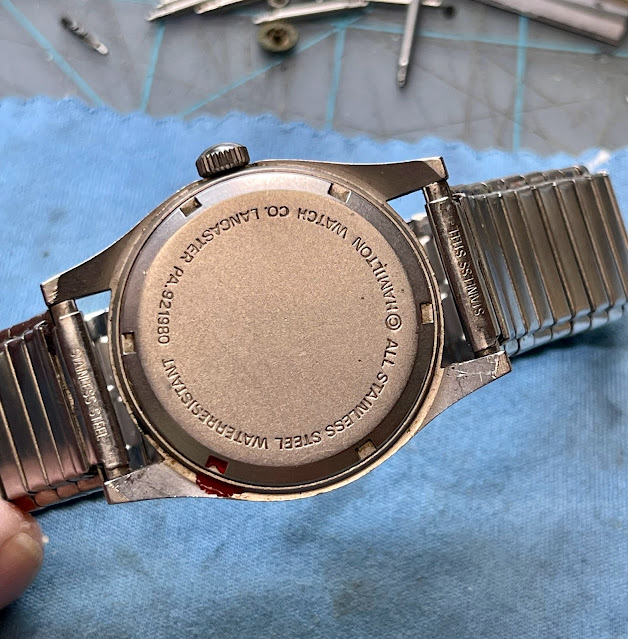 The inside of the case back is also engraved differently than other models I've seen.  It says the same thing, just in different places.  What's really unusual is this movement doesn't say Hamilton or 649 on it.  It's the correct caliber, etc. so I don't think there's anything suspicious about it - it's just interesting. 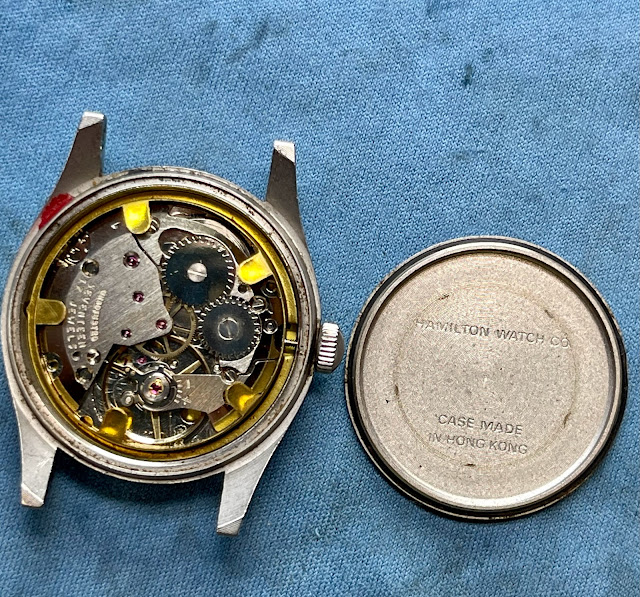 I'll align the hands so they are easier to remove. 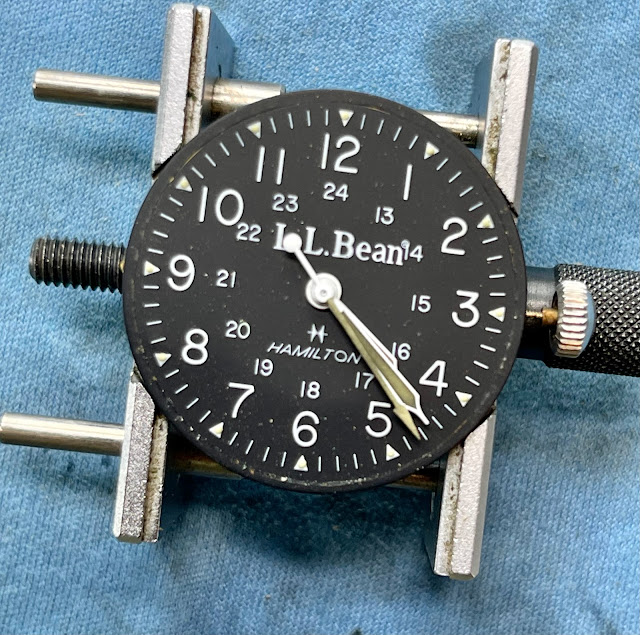 West Germany united with East Germany in October, 1990 - so based on the back of the dial this watch is clearly earlier than that 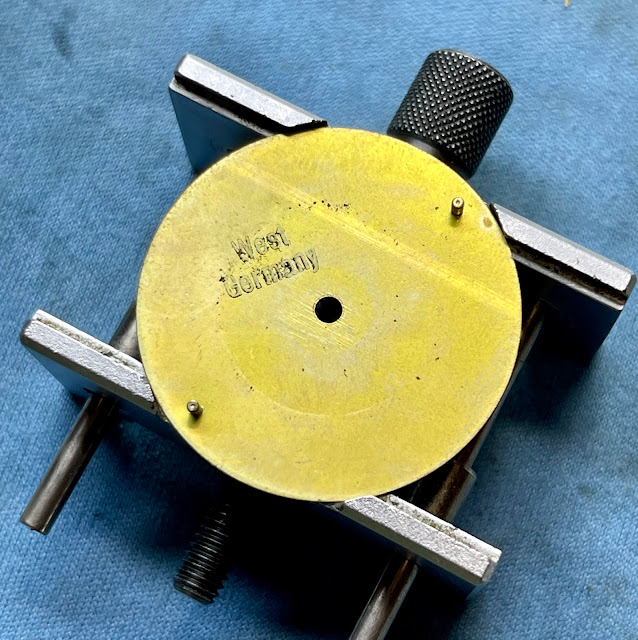 Everything is completely disassembled and thoroughly cleaned.  The best part of this movement is you can mess up which screw goes where - they are all the same!  Everything is bright and shiny.  Now to put it back together with fresh lubrication. 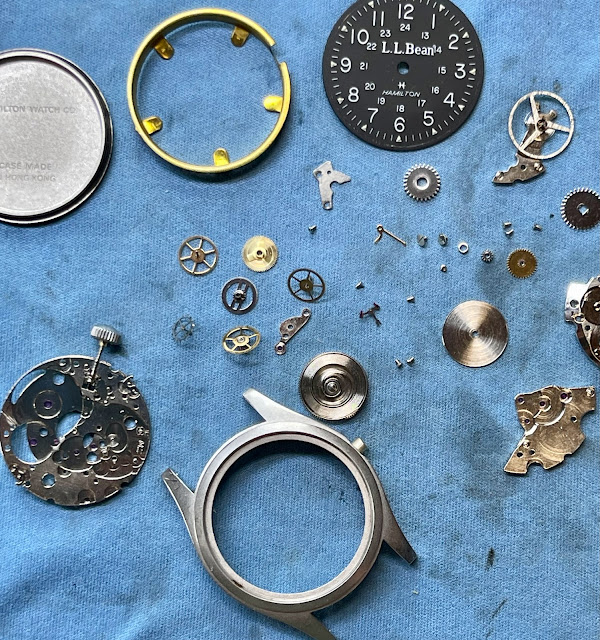 As for a new crystal, this model features a reflector ring but it's parkerized like the case.  I'll use Stella WRA crystal in 28.5mm and reuse the original ring. 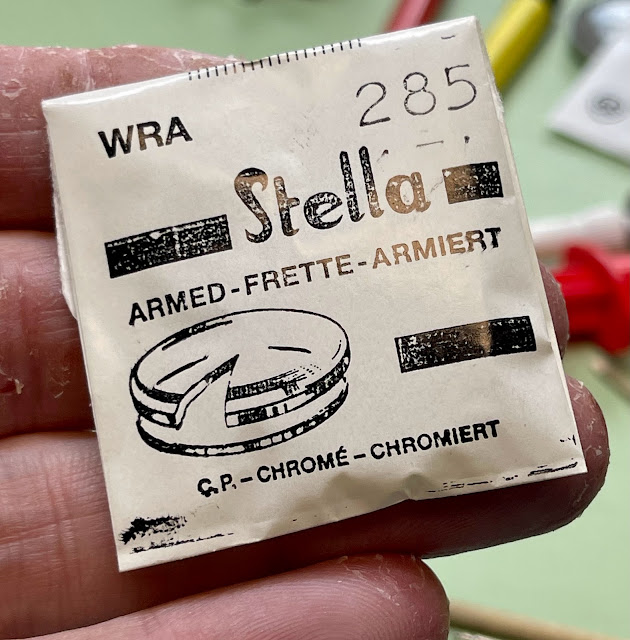 The trickiest part of reassembling the movement is to remember to reinstall the L-shaped lever used to "hack" or stop the watch when you set the time.  This little golden level engages the clutch and is moved over to touch the balance when the clutch is moved to the setting position. 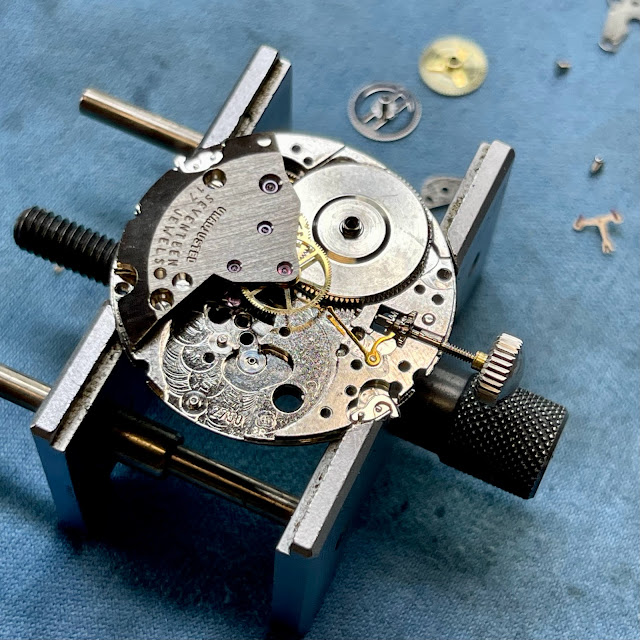 The reassembled movement goes onto the timer and although the beat rate is great, the beat error is a little high.  It's so easy to adjust that trying to get it closer to 0.0 is a no brainer. 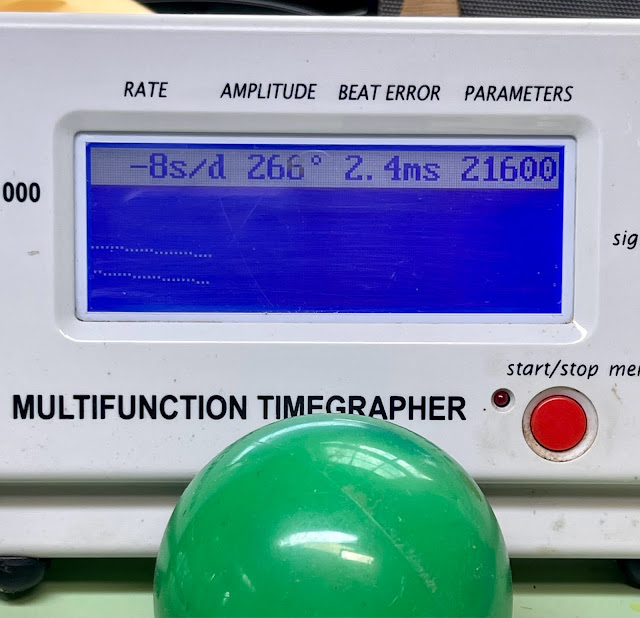 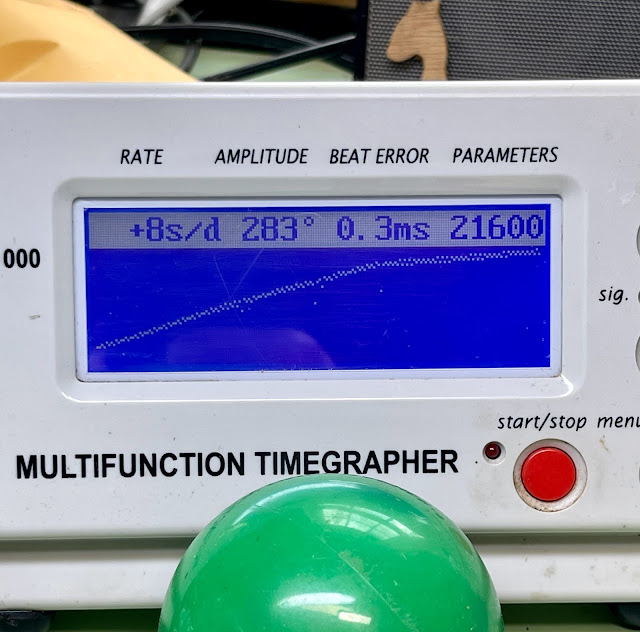 As promised, the finished watch looks fantastic with a new crystal and freshly re-lumed hands.  This watch is definitely ready for some more wrist time. 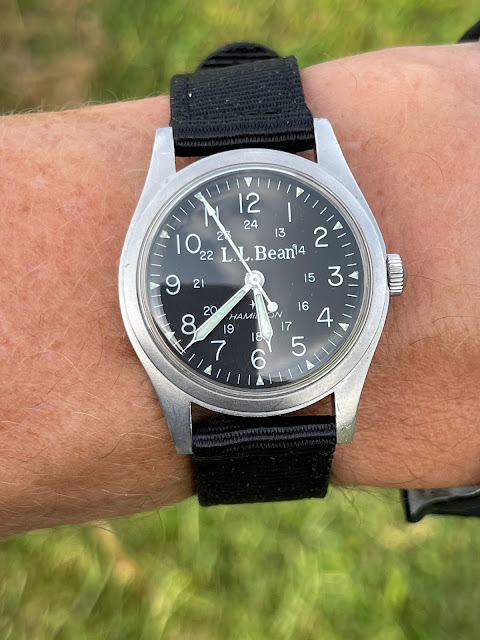