After Hamilton's first run of "geometric" wrist watches (the Square, the Barrel, the Rectangular, etc) many of the models began to take on men's names.  This was a common practice up until the 1950's, when marketing introduced other model names related to the automatics and electrics.  The electrics got "cool names" like "Everest" and "Altair" and the automatics got rather dull names, like K-401.

I think maybe the creative types ran out of inspiration eventually.  They repeated some names more than twice.  For example, Perry.  But somehow they missed Daniel, David, or even William.

One of the first men's named watches was the 1932 Webster.  I like to think that it's a Daniel watch (Daniel Webster) and I also like the Boone for the same reason.

The Webster came in a 14K gold filled case in either yellow or white gold and with three dial choices... applied gold numerals, luminous figures and hands or black enamel.

The Webster was produced through 1935.

As far as the Webster goes, it's fairly easy to find with the AGN dial.  Models with the enamel dial and the luminous dial are more rare and usually draw a premium.

I like the Webster - it's a good sized watch, especially for this time period.  Hamilton had not introduced it's smaller 14/0 and 8/0 movements yet.  I think the Webster looks great on the wrist and is an excellent dress watch. 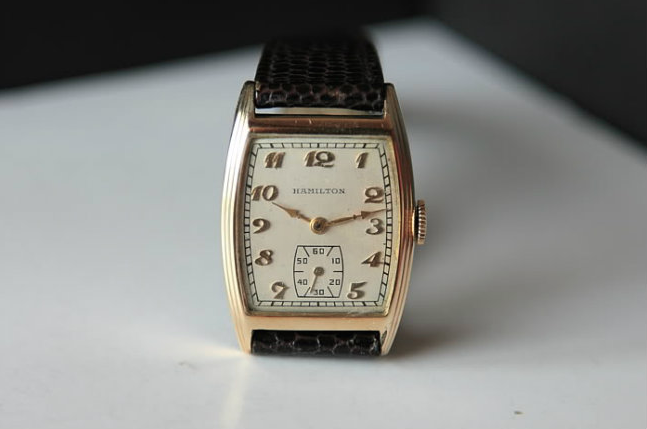 White gold filled models still had yellow gold numerals with the AGN dial, but the hands were changed to black instead of yellow gilt like on yellow cases.  I have found it's not unusual to get what you think is a yellow case with the wrong hands, only to find that the yellow polishes up to be white gold covered in yellow funk (perhaps from years of cigarette use?) 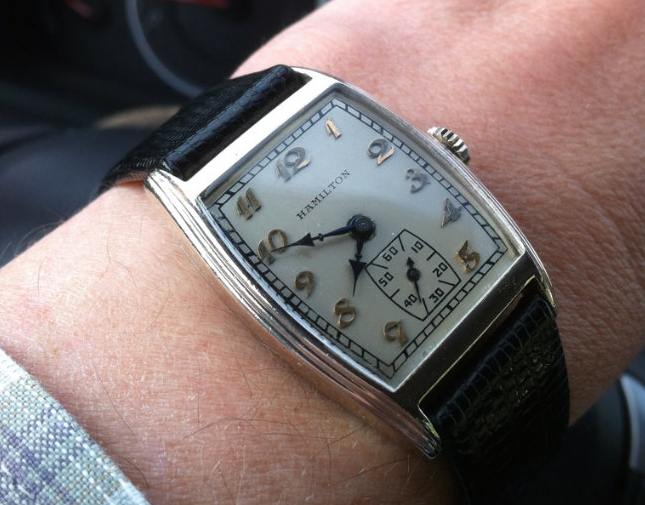 I like the black enamel dials - but who doesn't?  This one is a great original example. 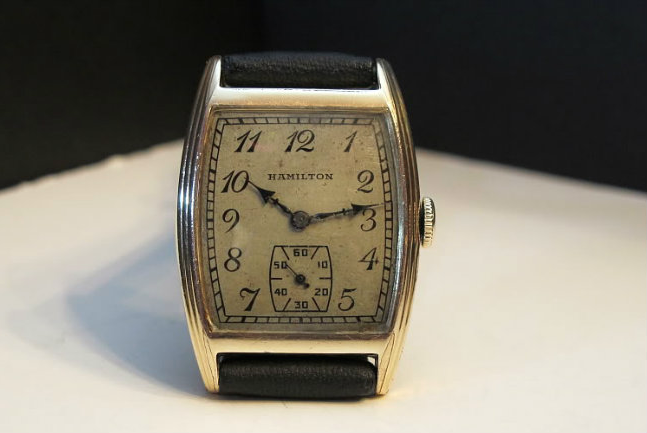