When Hamilton introduced the first CLD models in 1948, the Langdon was one of them.  The next year Hamilton introduced an identical version in solid gold called the Lange.  Other than the case material, all other details are the same between the two models. 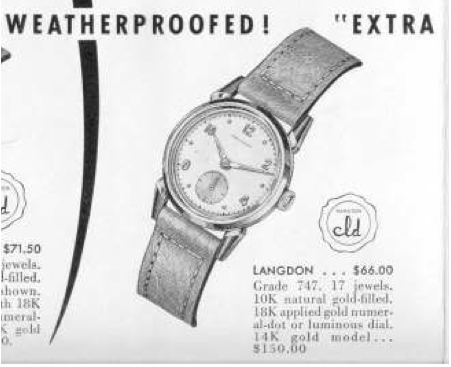 Both models were produced until the next generation of CLD models was introduced in 1953.

The Langdon came powered by the then new 8/0 sized 747 movement with 17 jewels.  The 10K gold filled case also came with either an applied gold numeral and marker dial or a luminous dial with matching hands.  All dials are sterling silver.

The case is a two piece design with a front bezel (with crystal) and a main case to hold the movement.  The dial and movement come out through the front so the stem is a two-piece design with a male and female portion.  As such, when the stem is pulled out to set the time the crown can feel a little wobbly if the gasket inside is worn (quite likely).  It usually snugs back up when the crown is pushed back in to wind the watch. 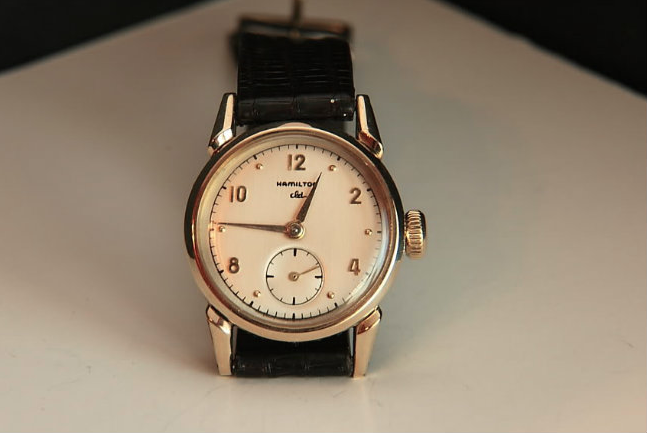 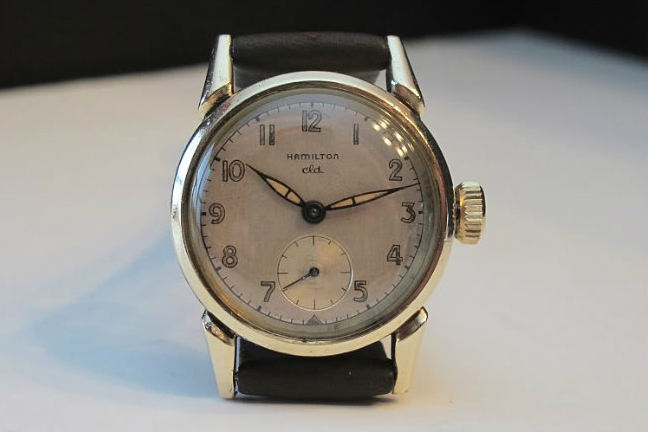 I happened to locate a very nice Langdon dial in black.  It looks exceptionally good with none of the usual tells for being refinished.  I don't know if there ever were black dialed Langdons but I think it definitely looks great in black. 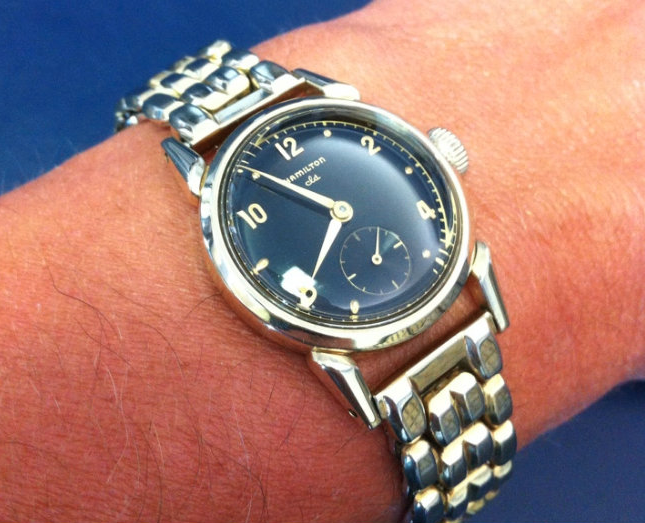