Automatic watches are self-winding.  The have some form of a weight that swings and in doing so wind the watch.  Some automatics are called "bumpers" as the weight swings from side to side and bangs into springs at each end.  Others have rotors that will spin round and round, in either direction.

Unlike mechanical movements that are wound by hand, automatics cannot be over wound.  They utilize a clutch to slip when the mainspring tension is fully loaded.  Automatics can be wound by hand using the stem or they can wind themselves while being worn.

Hamiltons first Automatics appeared in 1954.  These early automatics all utilized imported Swiss movements.  Hamilton numbered their models where the first digit indicated the case material.  So a K-1XX was 18K, K-2XX was 14K, K-3XX was 10K, K-4XX was gold filled and a K-5XX would be stainless steel.

One example of the earliest Hamilton automatics was the K-400 CLD.  This watch was part of the CLD (sealed) family with a series of gaskets intended to make them weatherproof.  It's a good sized watch and the case looks very similar to the Hamilton Haddon CLD introduced the year before. 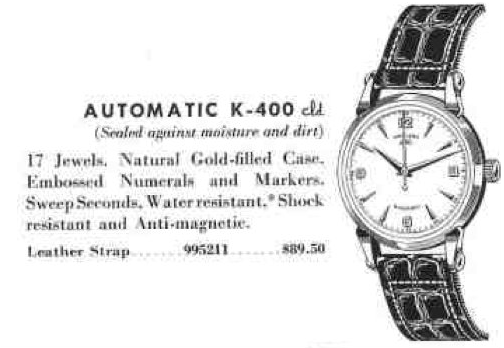 The K-400 uses a 17 jewel Swiss movement (I don't recall the grade).  Mine had some dial scuffs and I got it refinished but the it came back with incorrect fonts - something that can often occur if the exact dial plates are not available.

Here it is originally... 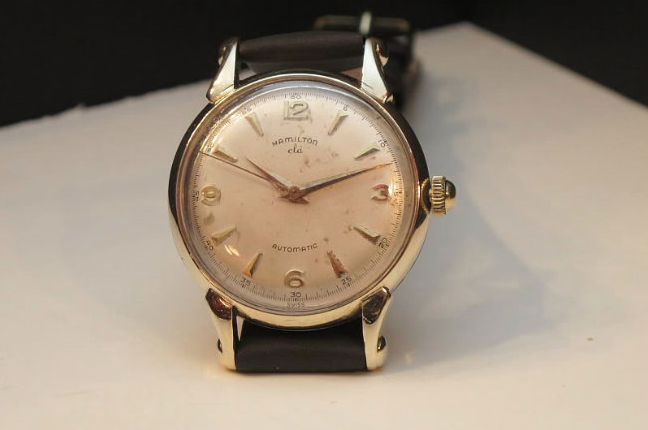 And here it is after refinishing... 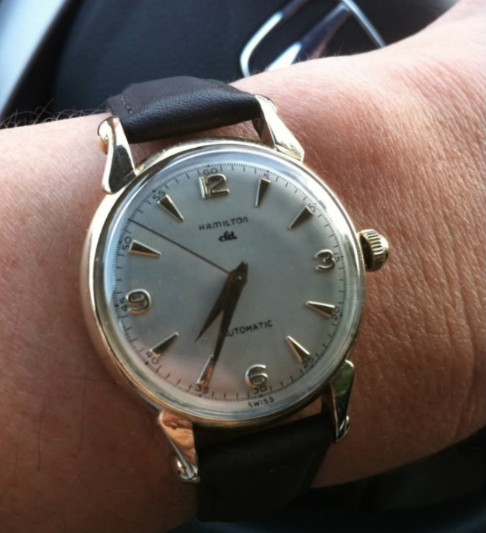 Here's a movement shot that shows the rotor of the movement.  This early design used ball bearings to minimize the friction of the rotor. 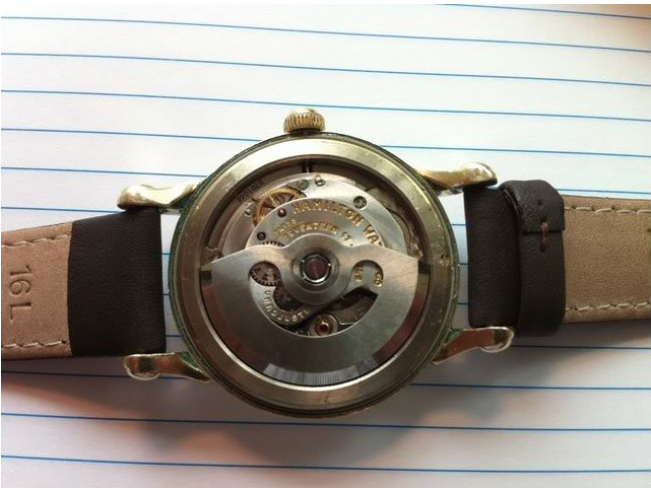 And just for reference, here's a snapshot of a Hamilton Haddon from the same time period.  Although the dials and movements are different, note the similarity of the case design. 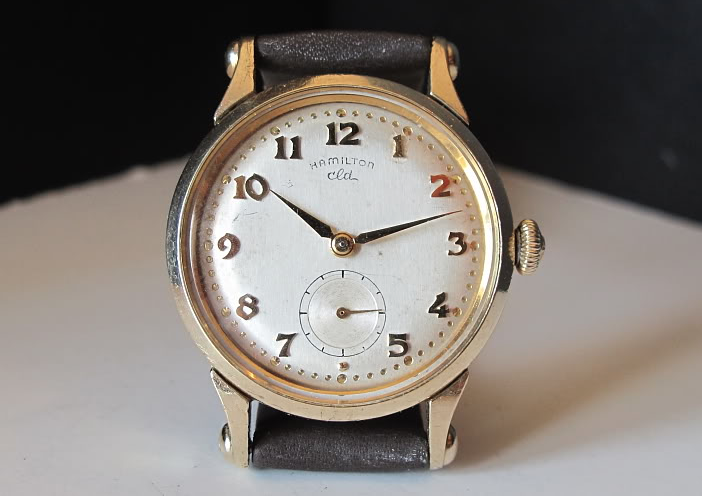