Automatic (self-winding) watches were introduced by Hamilton in 1954.  Over the next few years more and more automatic models were introduced.  Many would feature some of the really futuristic designs inspired by the world's fascination with space exploration.

A great example is Hamilton's Automatic K-454, which became known as the "Sputnik".  It was introduced in 1955 and produced for three years.

The Sputnik was a satellite launched by the Soviet Union in 1957.  It was a low Earth orbit satellite and visible from Earth as it passed overhead.  It had long antennae that radiated from it's spherical center.  The Sputnik created a space crisis that inspired an urgency to the lagging US space program. 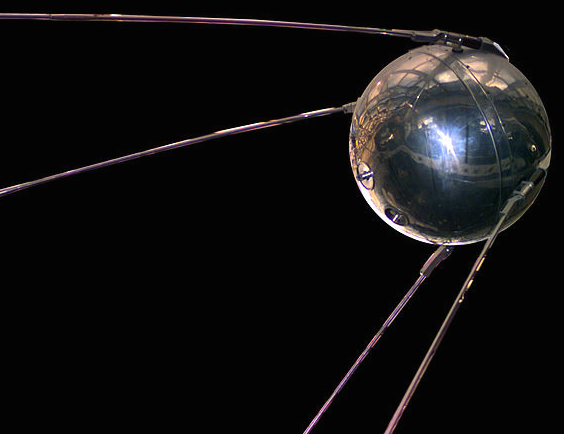 The K-454 came in a yellow gold filled case with a stainless steel back.  The silver dial features solid 18K gold markers with luminous centers with flush gold markers that radiate from the center of the watch and align with the lugs on the case.

Under the dial is a 17 jewel Swiss-made Hamilton 661 movement.

I recently rejuvenated an aging Sputnik in need of some tender loving care.  As received, it was in fair overall shape.  The dial was quite dirty and the crystal was in need of replacement.  Scratches on an acrylic crystal can usually be buffed out but cracks cannot. 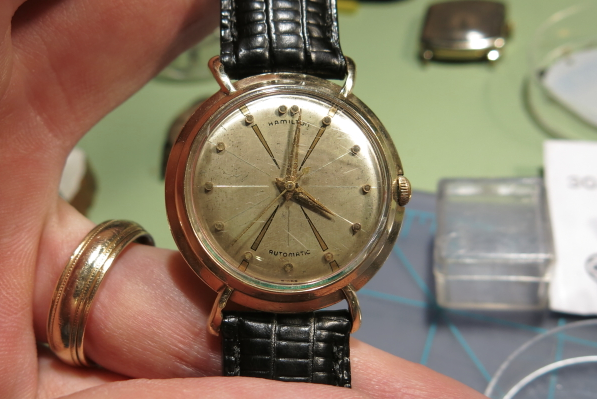 Cleaning dials is something that needs to be done with extreme care.  This K-454 has an original dial so keeping it original is important.  Knowing when to stop cleaning is something that comes with experience.  Once you ruin a few dials by removing the printing on the dial you develop a feel for when to stop.  As a result, some dials will only get so clean - but any blemishes left can be considered part of the watch's character.

An overhaul of the movement and replacing the crystal completed the restoration.   I think this Sputnik turned out very well. 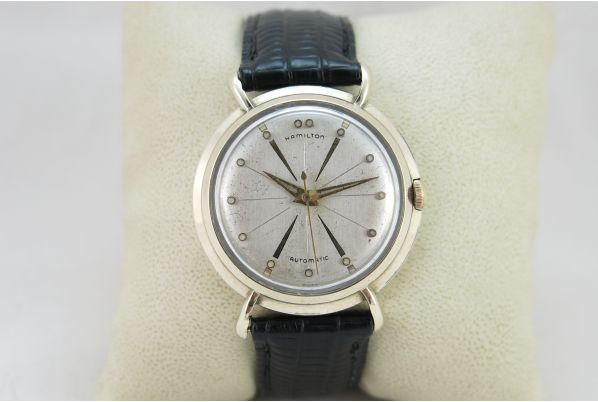