1940 was an interesting year in Hamilton's history.  It introduced several new models that were only produced for one year.  It also introduced the "new" 19 jewel 982M Medallion movement that would be used going forward for all solid gold models with 14/0 movements.

A great example of the 1940 "uniqueness" is the Hamilton Touraine.  It's a very uncommon watch for sure and was only made for one year. 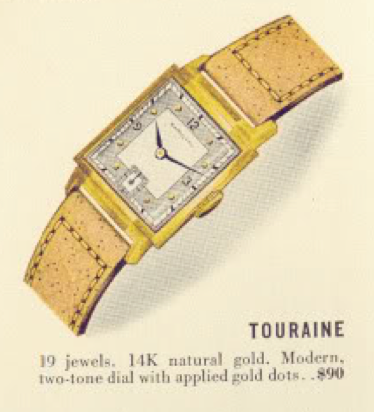 The Touraine came in a solid 14K yellow gold case.  The two-tone sterling silver dial was accented with solid gold markers and black enamel numbers.  The hands were black to match the enamel and are "alpha" style.

And of course, being solid gold, the Touraine came with the 19 jewel 982M movement.

I recently overhauled a Touraine for a friend.  I had never seen one before so it was a real treat to get my hands on it... a little nerve wracking too though - as I didn't want to mess up his Medallion movement.

As received the watch was in pretty good shape overall but the crystal was pretty beat up.  The hands are a little rusty too - not much I can do about that though - although they can be restored. 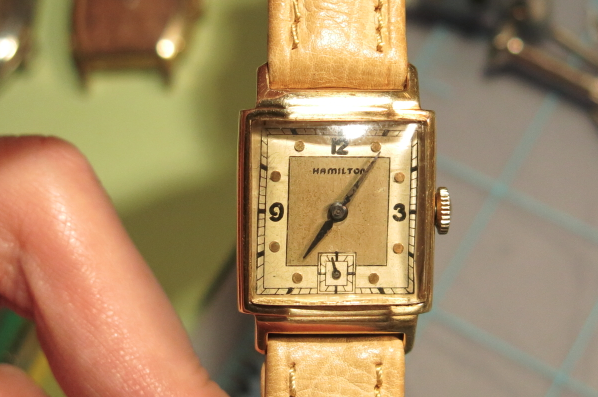 The Medallion movement is pretty easy to identify... see the big gold medallion?  The lettering is also gild so it's a little hard to make out what it all says.  The serial number on this movement is M3578... so it was the 3578th movement Hamilton made in the 982M model line, confirming this is a 1940 movement. 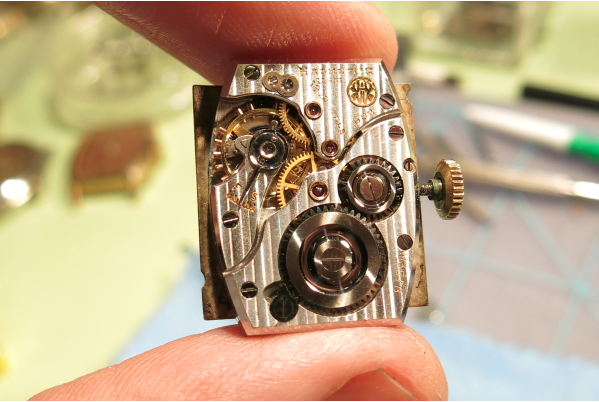 The dial is an older refinish and it looks okay, certainly not bad enough to warrant redoing.  You can tell it's a refinish based on the printing but the little notch on the right side is a tell too. 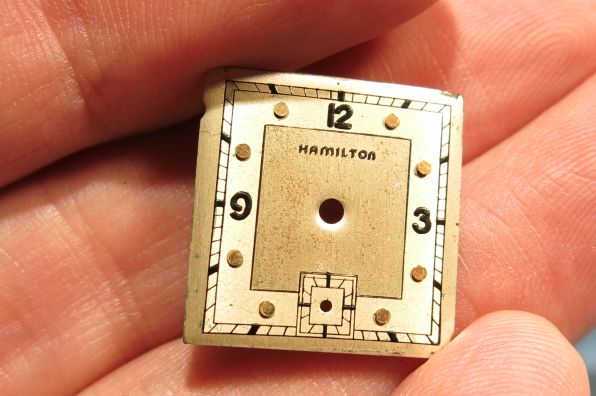 Flipping the dial over, you can see a couple of sets of figures scratched into the back... so this dial has seen a refinisher a couple of times in the past 70 years. 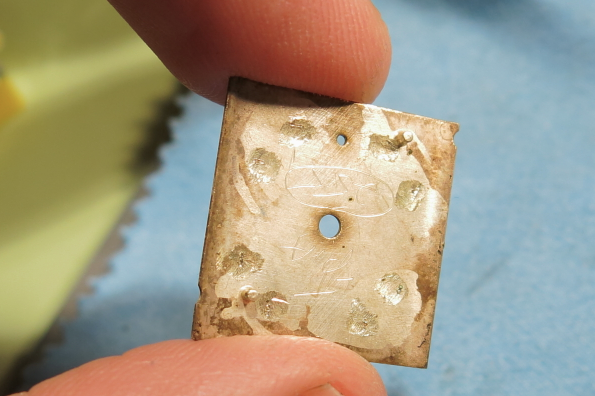 The NOS glass crystal is pretty uniquely shaped.  I had to work it with 600 grit sandpaper for about 30 minutes to get it to fit just right in the freshly polished case.  You don't want to be too rough with installing glass crystals - as they crack easily.  You have to shape them so they fit easily in the bezel opening. 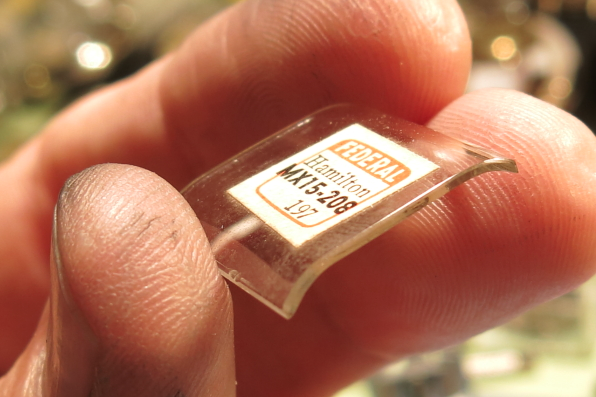 The cleaning and reassembly of the watch went smoothly and it felt good to redeem myself after my Sea-Scape debacle the other evening.  As you can see in the watch timer shot below, this watch is running just fine.  I adjusted it to run about 14 seconds fast per day, it will slow slightly as the mainspring unwinds.  It has a nice white-alloy mainspring too, so there's plenty of amplitude (energy).   The beat error is very low too, at 0.2ms.  The beat error indicates how far the balance swings to one side versus to the other side.  A beat error of zero would mean it swings equally in both directions. 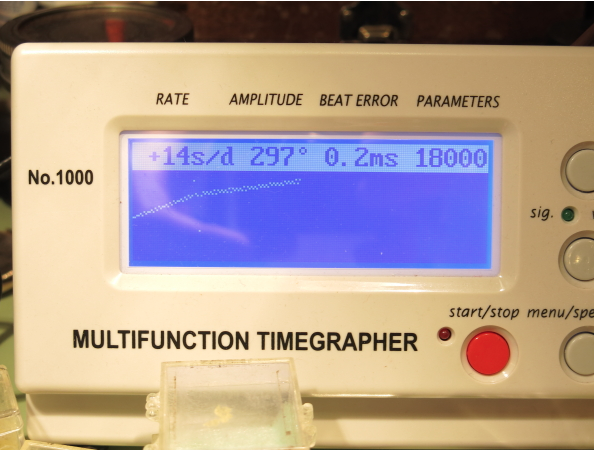 And here it is all polished up and running like it should.   With a new crystal you can see that the dial doesn't look perfect but it's still not too bad.  Looks like a very nice 73 year old watch to me.  I'm sure my friend will be delighted with it. 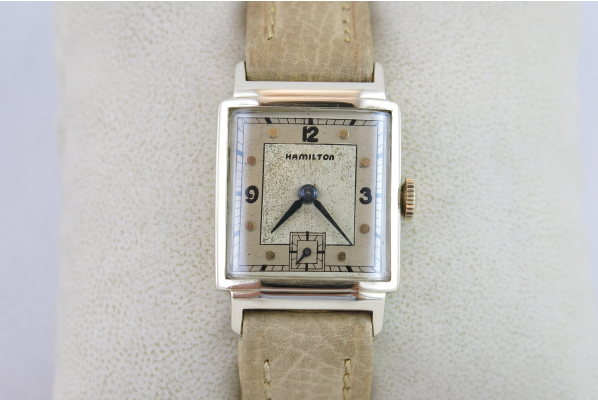 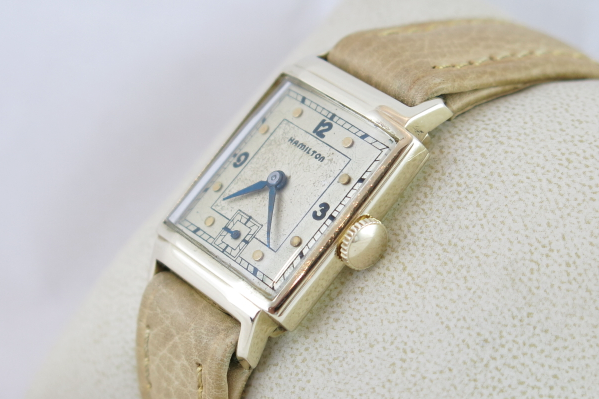