You might be tempted to think that Hamilton operated two different watch companies... one that sold through jewelry stores and another that sold through large employers.  The former marketed it's watches as a full retail division, with advertisements in major publications, newspaper circulars, etc.  The latter was strictly wholesale.

Of course, that wasn't entirely the case but it's not far from the truth either.  Hamilton did operate an "awards division" that sold watches to companies to use as awards for service anniversaries or other forms of recognition.  The awards division often produced specialized versions of other commercially available models... for example, a solid gold Pacer, instead of the traditional gold filled version.  Many employers didn't want their award recipients' to find their award watch in their local jewelry store.  So Hamilton might use a different dial pattern for a given case, or use the specifications from a discontinued model.

I recently picked up such a watch, and it turned out to be an interesting story to share.  The model is a 1961 Stormking VII.  It was produced for only two years. 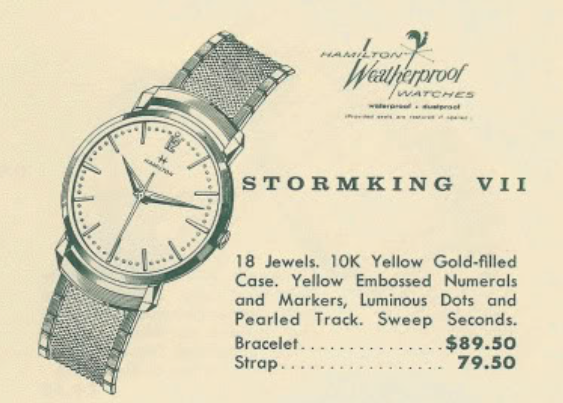 The Stormking VII seems to be a popular model and it always sells for a good amount.  It came in a 10K yellow gold filled case.  Tucked inside is an 18 jewel movement, and if you're familiar at all with Hamilton's grades that would tell you it's most likely a 735 movement - as most movements are either 17 jewel grades or the 22 jewel 770 movement.

I've tried to snag quite a few Stormking VII's, as I'm partial to the model line for some reason.  I guess I'm not alone in the quest though - as, up until now, I never succeeded in landing one.

The one I finally purchased arrived in very nice condition.  It could stand to be cleaned up but there were no obvious distractions. 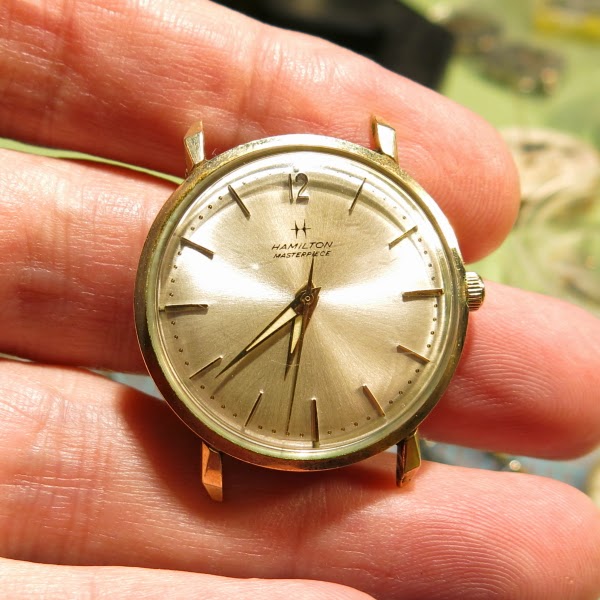 This is where the story gets a little interesting.  The case back is inscribed with a presentation from 1971.  It's a little hard to read in my photo, but it's a classic engraving style that suggests it's an awards division watch.  1971 is a decade after the Stormking VII was introduced. 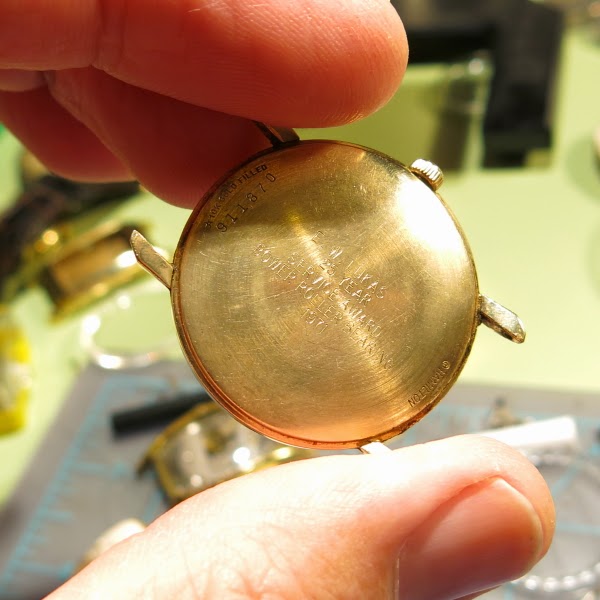 Behind the dial is a Swiss-made Hamilton 688 - a 17 jewel grade.  That would technically make this a Stormking VII-B, if there was such a thing.  I have to say I was a little surprised to see it but I was also wondering how a US-made movement like the 735 would have made it into a 1971 watch... since US production ended in 1969.  Now I know. 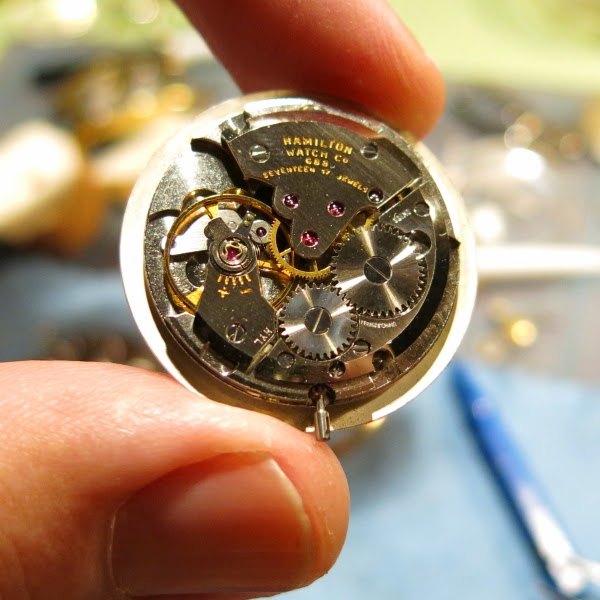 Like the original Stormking VII, this watch has a 10K gold filled case.  However, I would surmise that this case back is slightly thinner, as the 8/0 sized 735 would require a deeper case back. 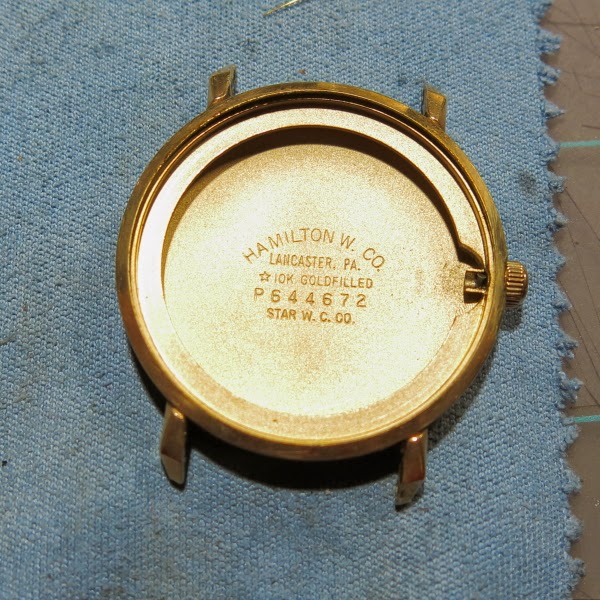 Everything is disassembled, cleaned and ready to go back together with fresh lubrication. 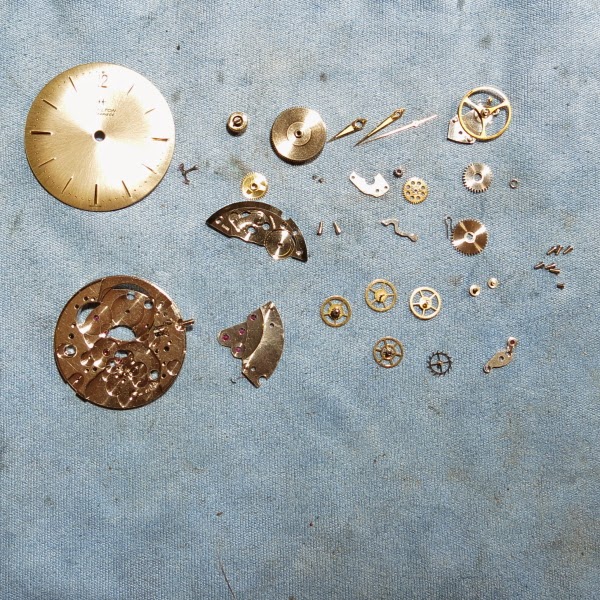 The running watch goes onto the timer to see how well it's performing. 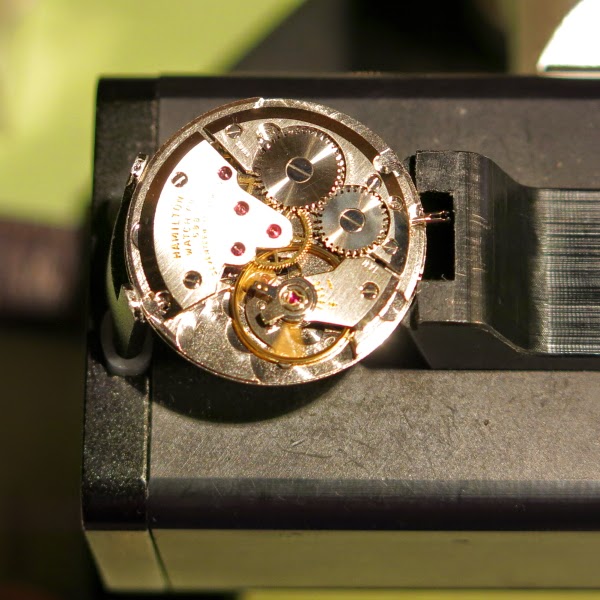 It's not running too bad really.  If this were a 735 I would call it a day but this ETA-based 688 allows me to very easily adjust the beat error.  Although a beat error of 0.8ms isn't too bad, I could easily adjust it to be better, so why not give it a try? 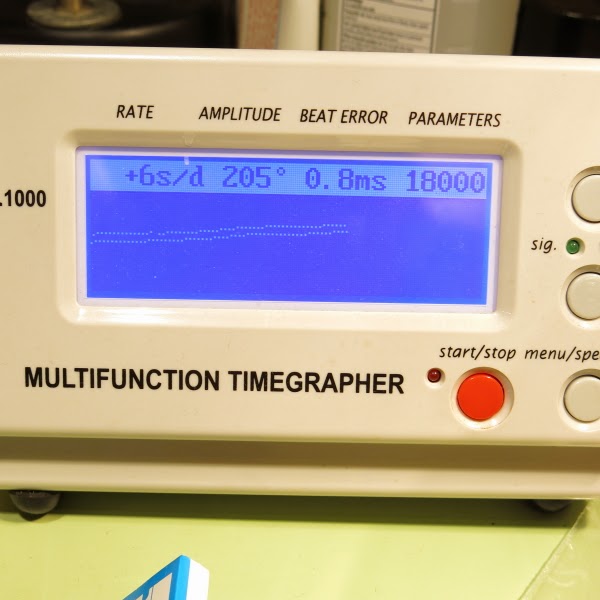 The beat error is a measure for how much the balance swings from one side to the other.  If it was zero, the balance would be perfectly centered.  Thanks to the adjustable hair spring stud, I was able to dial in the balance to 0.1ms.  Notice how the two parallel lines on the screen came together. 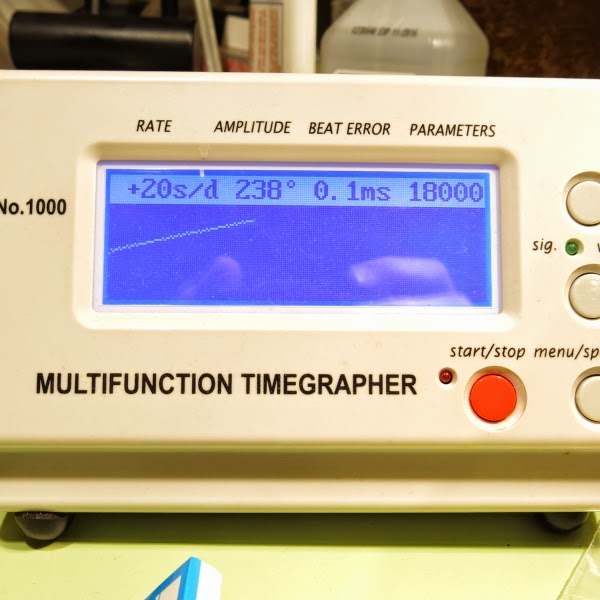 Well, everything from here on out is a breeze now that the hard work is done.  I just have to reinstall the dial and hands, put it all back into the case and install a new strap to close the project out.  This Stormking VII may not truly be a Stormking VII, but from the outside it sure looks like a close relative nonetheless. 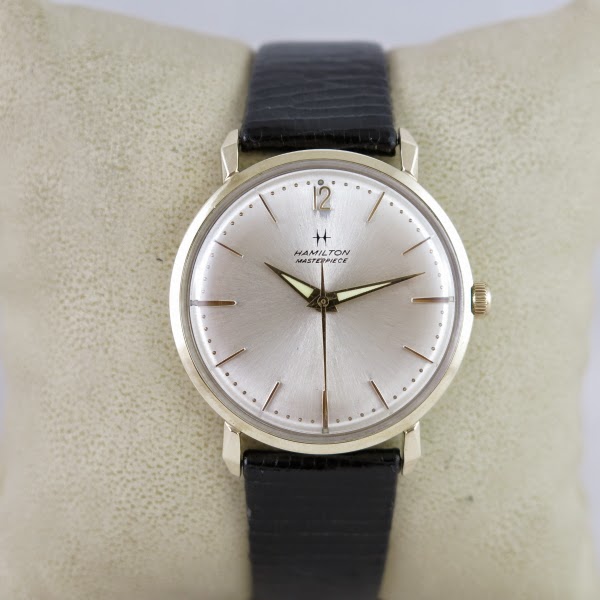