In 1940 Hamlton introduced the Boulton, one of the most prolific models of all time.  It was produced through 1952 and then again in in 1954 as the Boulton B.  That was a long run, but not the longest.  Others like the 1955 Trent had longer continuous runs.

However, in 1960, Hamilton introduced a redesigned version of the Boulton called the Boulton II.  It was produced for nice additional years.  That makes the Boulton design the longest running design.  In fact, you an still purchase a new, modern version of the watch today! The Boulton II has a lot in common with the original Boulton.  First of all - they're virtually identical in size and shape.  The even use the same crystal.  Beyond that, the differences become significant.

Of course, the biggest difference between the models is the Boulton II has the 22 jewel 770 movement tucked inside.  The original Boulton had a 19 jewel 982 movement and it received the replacement, the 753 when the Boulton-B was was introduced in 1954.

I recently picked up a Boulton II project watch.  It looked like it would be a "diamond in the rough" because of the beat up crystal.  Just changing out the crystal would be a dramatic improvement. 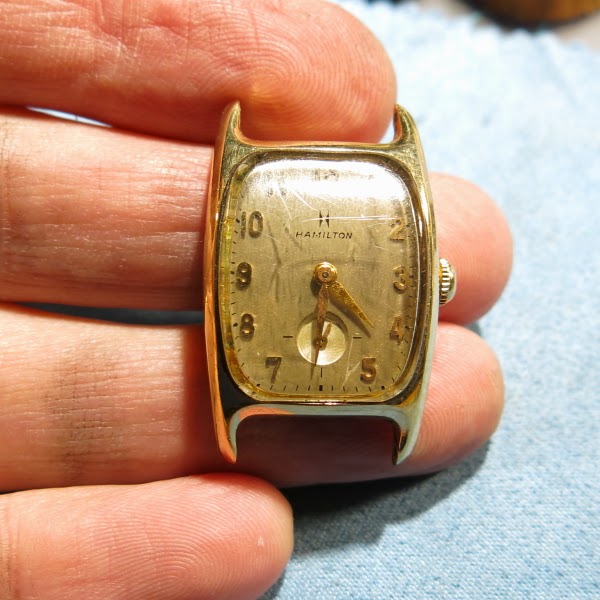 The front of Bouillon's tend to show little wear, so the best way to assess a Boulton is the back of the lugs.  It's not unusual to see the seams of the gold filled case but often you'll see the tips of the lugs worn down.  This watch's lugs look a little worn, but not bad. 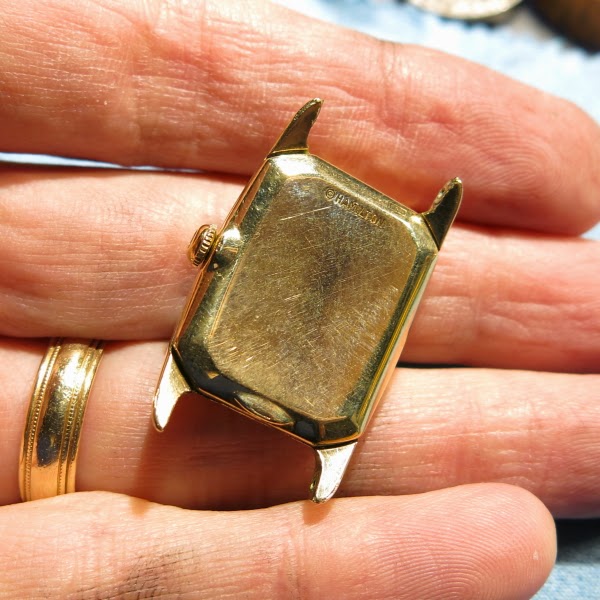 The crown on this watch appears to have been a "stone crown" - but the stone fell out of the center.  I'll replace that with a proper crown during the overhaul. 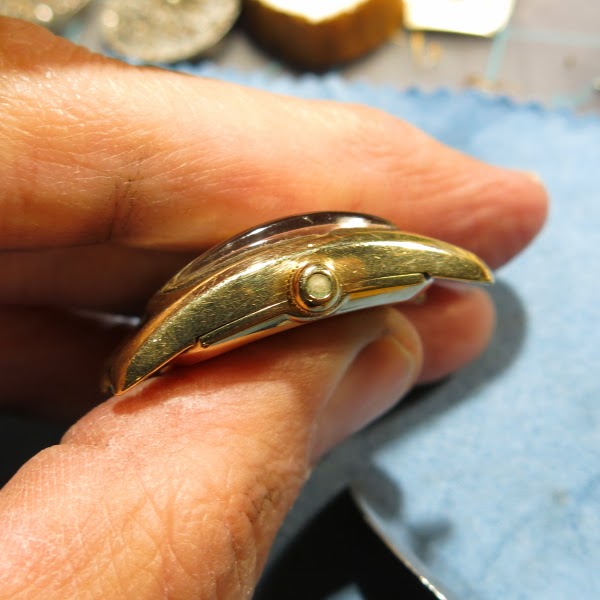 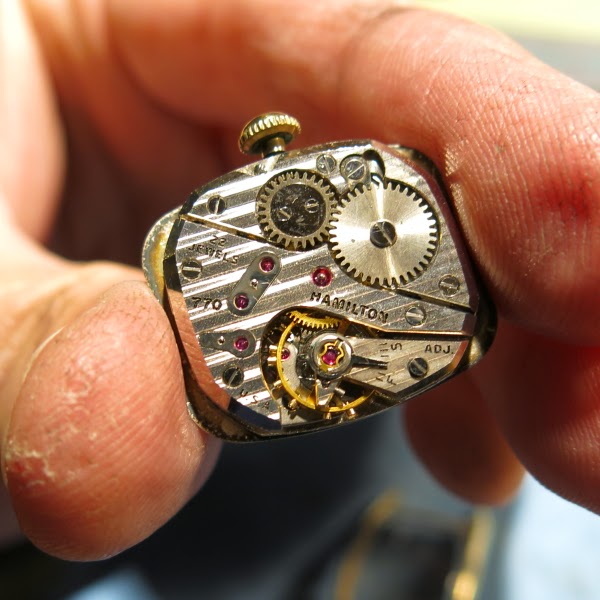 Everything is disassembled, cleaned and dried before being reassembled. I've also got a new glass crystal to top off the restoration. 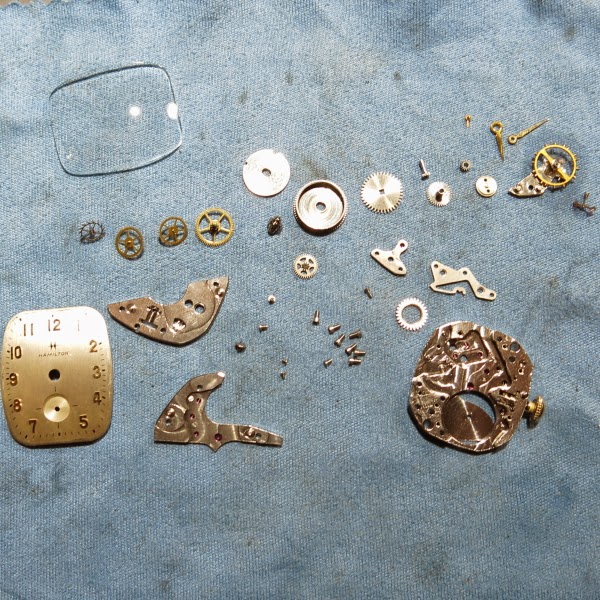 The running movement goes onto the timer to see how it's performing.  The results were pretty good but the beat rate was almost 4.0ms.  I hate having to adjust the beat error on watches with a fixed hair spring stud - as that's just tempting fate.  However, 4.0ms is a high enough beat error to make me take on the risk of screwing up the balance by removing it and adjusting the hairspring collet. 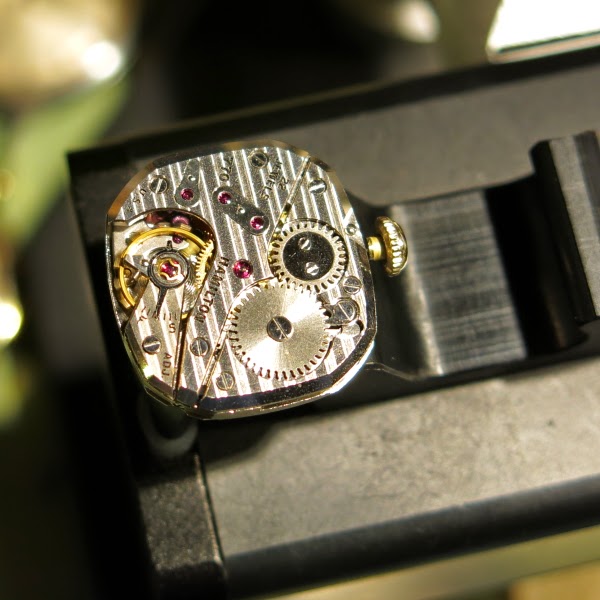 When I first put the watch back on the timer, I ws delighted to see the two lines so close together.  The closer they are, the lower the beat error... typically, that is.  In this case, the lines are actually very far apart, so far that they approach each other on the other side.  So the beat error is actually much worse - at 9.6ms.  That means I moved the hairspring in the wrong directions. 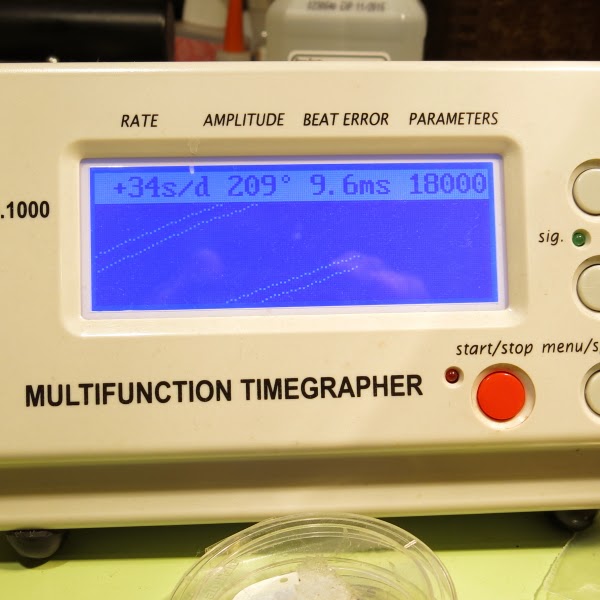 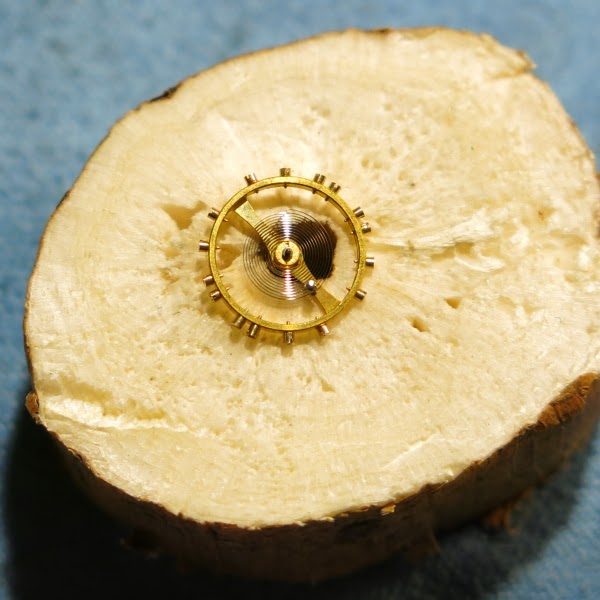 Well, I'm moving in the right direction.  The beat error is a reasonable 2.4ms.  Notice the distance between the two lines.   I'm going to press my luck and see if I can get it even better. 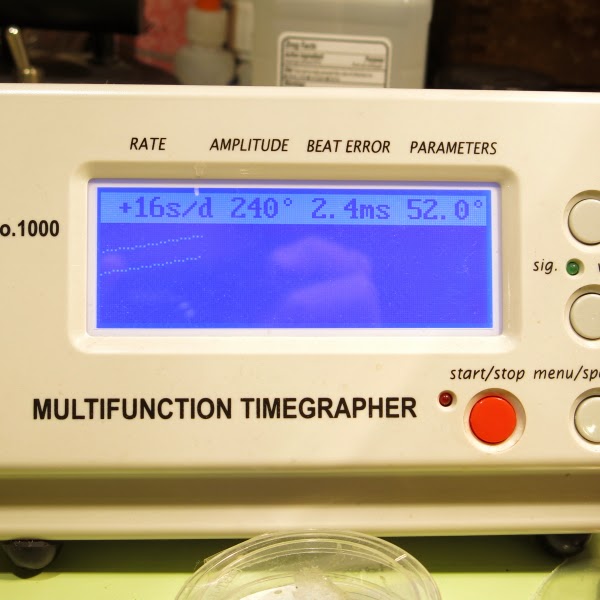 Well, fourth time is the charm - I was able to reduce the beat error to 0.8ms.  To me, anything less than 1.0 is very acceptable.  The risks of tweaking it again to improve it far exceed the benefit to be gained. 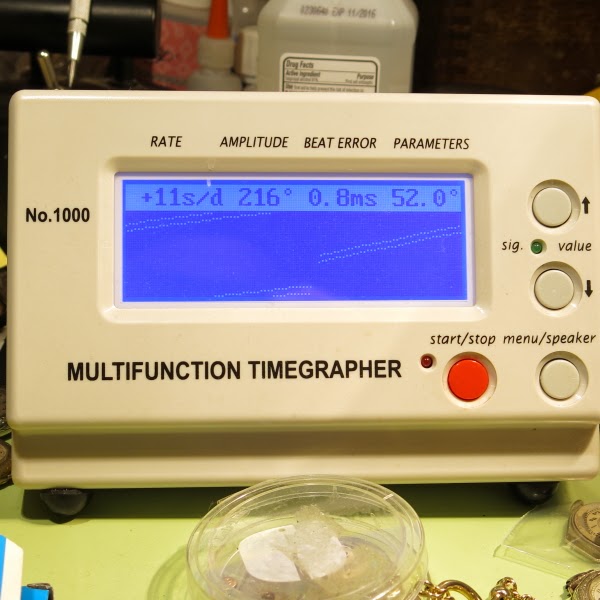 Now that the movement is running well, I'll turn my attention to prepping the new glass crystal.  Glass crystals need to fit just right.  The don't "snap into place"... they are held in place with UV cement.  So I need to carefully sand all of the sides so that it will fit exactly into the contour of the bezel opening. 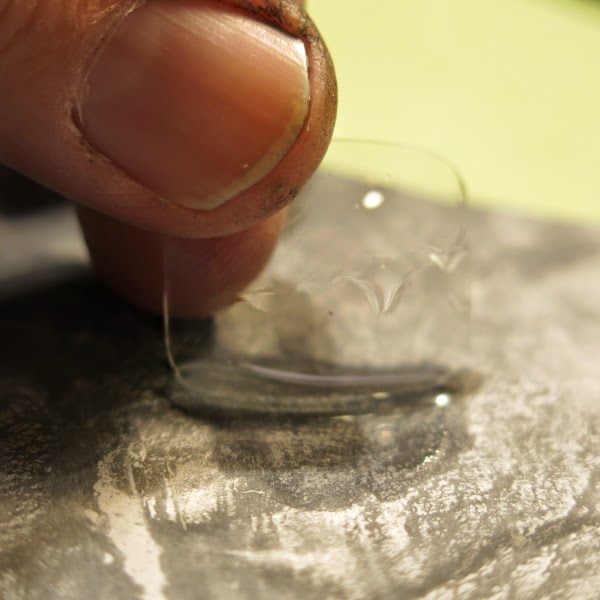 My light tent makes the dial look a little splotchy - I think that's actually just reflections from the dial, as I don't see the splotchiness in regular lighting.  You can definitely see what an improvement a new crystal brings. 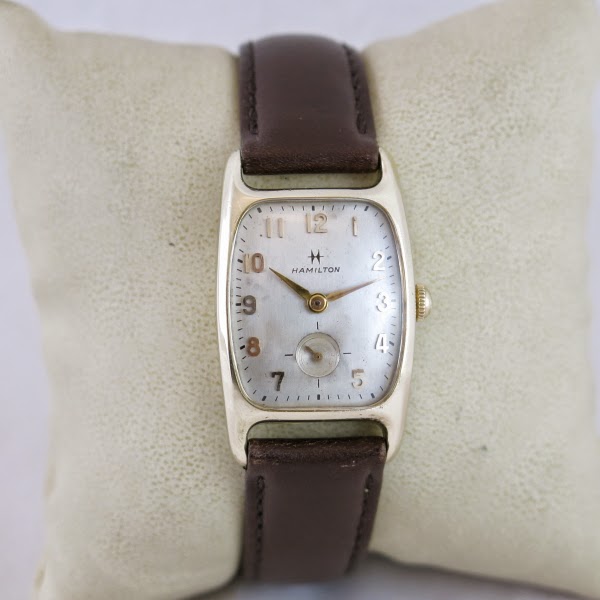 A new Hamilton crown is a nice finishing touch over the previous stone-crown. 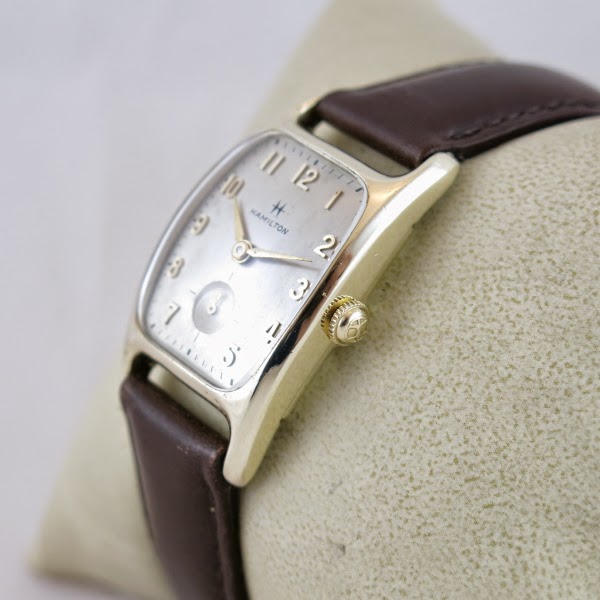