The 1950's and '60's was an interesting period in Hamilton styling... I suppose you could say, "it was the best of times, it was the worst of times".

The watch industry in the United States was evolving.  Lower cost countries like post-war Japan, Germany and Switzerland created a lot of price pressure on US-based manufacturing.  Like other American companies, Hamilton responded by incorporating lower cost Swiss movements into many of their US designs.  Many watches from this era are round in styling and a little on the "boring" side.

At the same time, they also continued to make technological advancements in the US until their 1969 sale to what is now the Swatch Group.  For example, in the late 1950's Hamilton introduced the world's first electric watch.  Furthermore, many Hamilton watches from this era incorporated innovative case designs - commonly referred to as "assymmetrics".   There are highly collectible asymmetric models with both electric and mechanical movements.

In between the traditional and the highly innovative designs were a host of very stylish watch models, one of them being the 1955 Trent.  The Trent was introduced in 1955 and produced through 1969.  It looks great on both a bracelet or a strap.

Early models may have a size 12/0 17J 752 movement under the hood but most of the time you will find the highly regarded 12/0 22 jewel 770 movement.  Cases came in white gold fill and yellow gold fill, the latter being much more common.  Markers and hands match the case as either rhodium plated or natural 14K gold.  Dials came in silver butler or black finish.   The dial is also uniquely finished so there are four quadrants that reflect light in opposing patterns (see photos below). 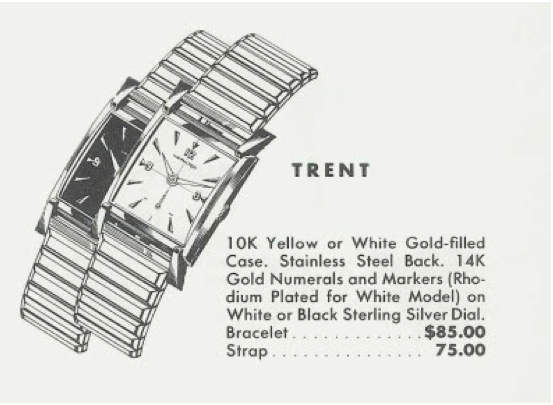 This model is prone to wear through on the high points of the lugs near the corners of the crystals but good examples are easy to find.

Here is the yellow gold filled version, note the wear through on the case... 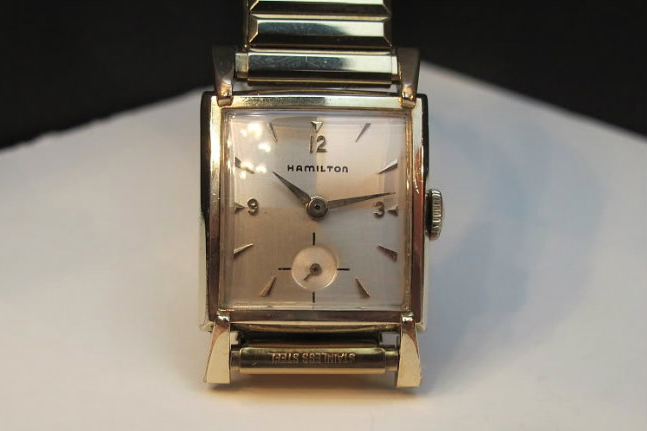 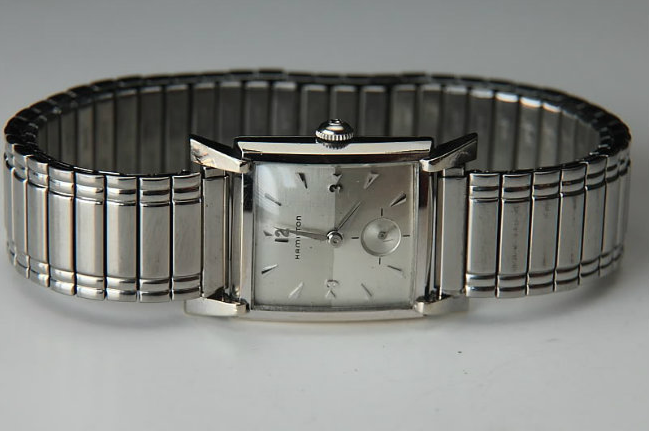 In 1960, Hamilton introduced several unique models in the "Romanesque" line.  These watches featured an interesting cloth-like textured dial with black markers and hands.  The Romanesque S looks virtually identical to the Trent (in a black and white photo )but it's much more rare.  It's easily confused for a Trent (and vice versa) so new collectors should look closely if they see a Romanesque S listed for sale. 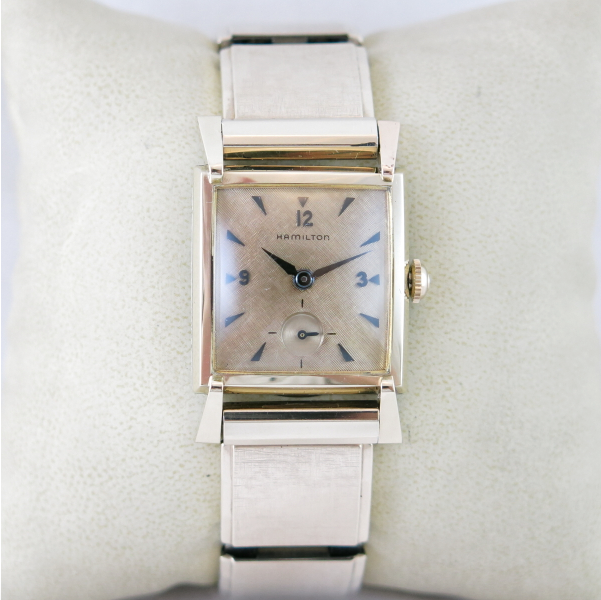 The Trent is also available as a modern Hamilton.  It's a lot larger than the original but has many of the same design elements, especially the lugs.  Here's a new Trent alongside a vintage model. 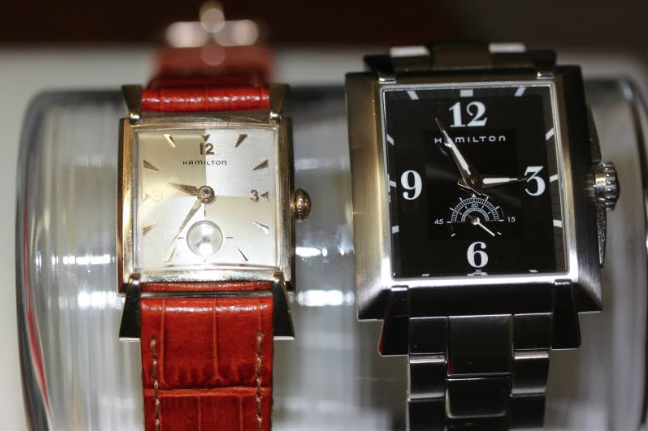