One of the more popular watches from the 1950's is the 1955 Clark.  This is probably do to it's rather extreme shape. 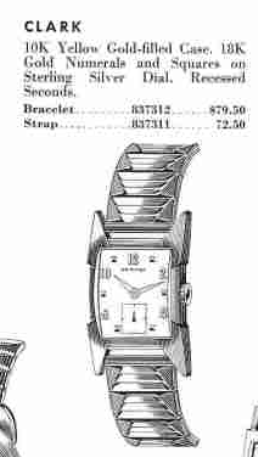 The most obvious element of the 1955 Clark is the sharply pointed lugs.   Paired with it's correct bracelet, you can see how a lot of thought went into what style of bracelet complemented each unique Hamilton model.

When I look at the Clark, I think it looks somewhat diabolical.  In fact, it reminds me of the sort of watch to wear on boss's day to give yourself a chuckle. 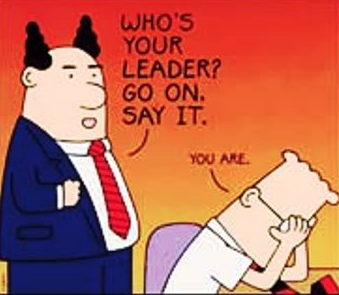 The 770 was a dramatic improvement to the Hamilton line.  The US-made movement was marketed to have 5 key features... 22 jewel, fully adjusted, shock resistant jewels (for the balance staff), anti-magnetic and a lifetime-rated Dynavar white alloy mainspring.

I recently picked up a nice Clark project watch from another collector.  I could a really good deal on it, so I consider it to be an early Christmas present.  As received, the only real issue with it was the crystal had some small chips along the edge and in a corner. 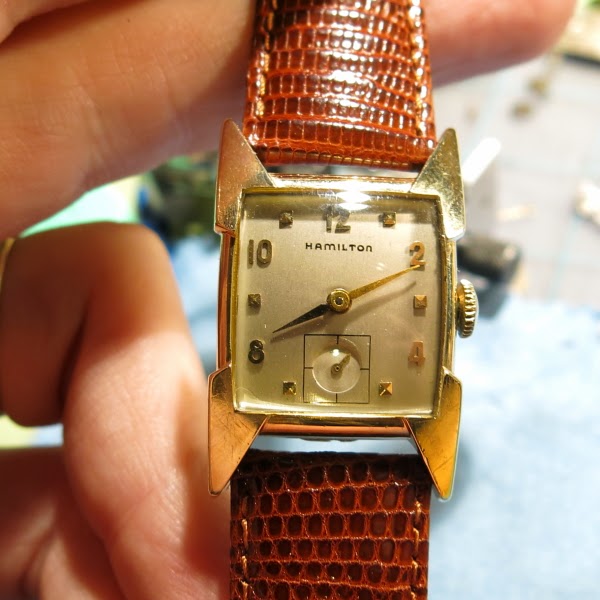 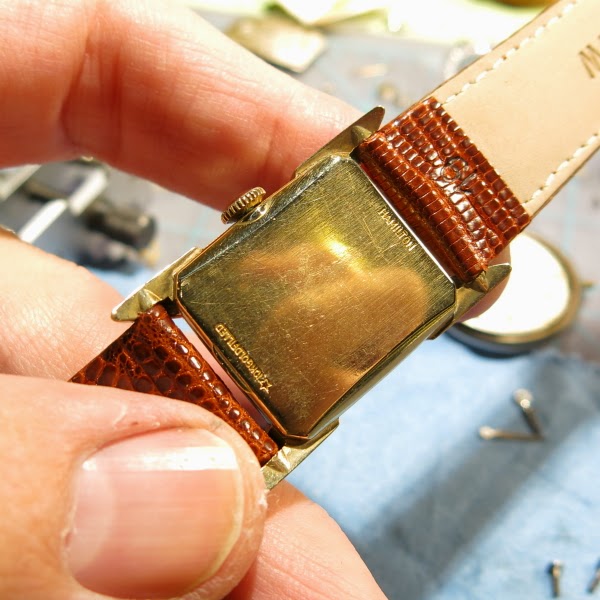 The dial has already been refinished.  It looks great.  The only obvious tell from the from front is the tiny notch by the 3 (you can barely see it in the photo). 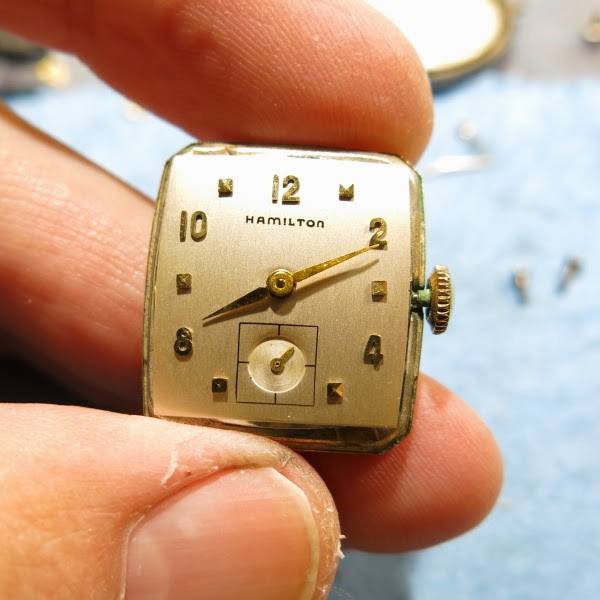 The back of the dial has some numbers scratched in - that the best way to spot a refinished dial.  Refinished dials are not a big deal for Hamilton watches, as long as they are done with the correct printing and pattern.  The value of other high end European brands is heavily penalized when the dial is redone - even if done well.  But for Hamiltons, a nicely redone dial can often be preferable to a so-so original dial.  It's a bit of a judgement call, really. 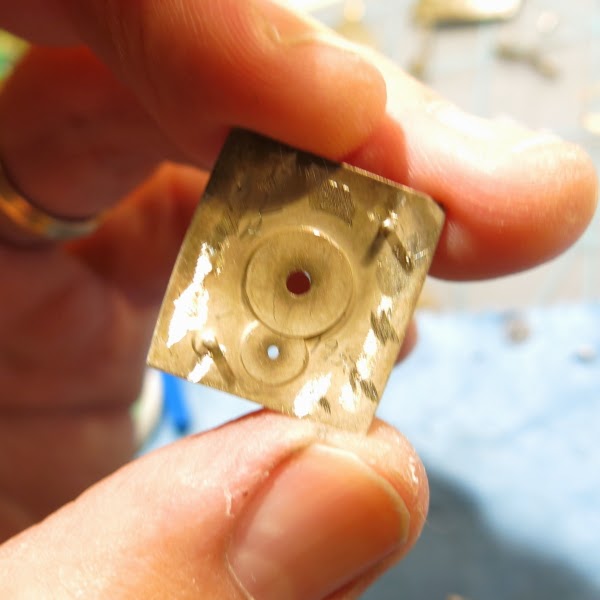 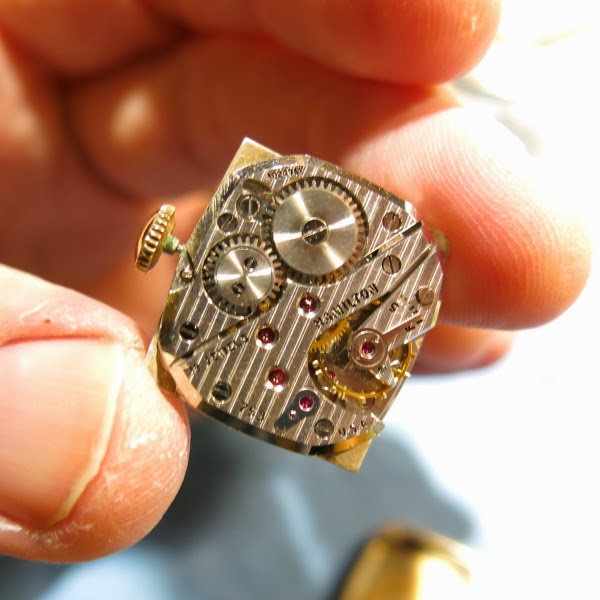 Everything is disassembled, cleaned and readied for reassembly. 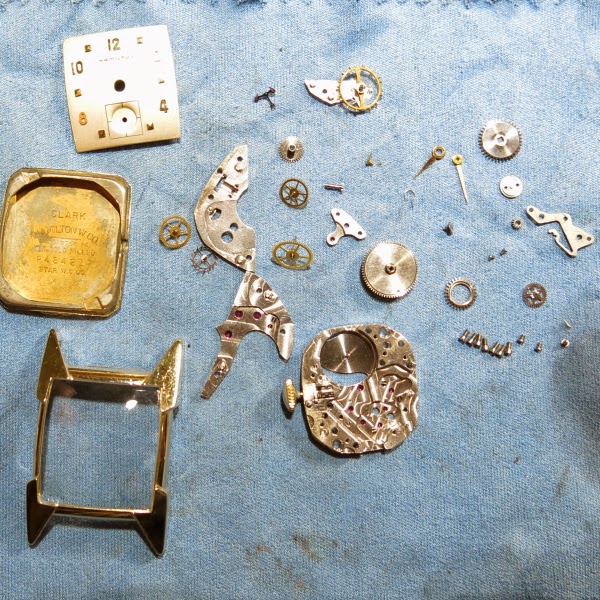 The reassembled movement goes onto the timer.  It's running about 3 minutes fast per day with good amplitude and a beat error on the high side but still acceptable (in my book).  If it was easy to correct I would do so, but it would require several attempts to get it much better and each attempt is risky. 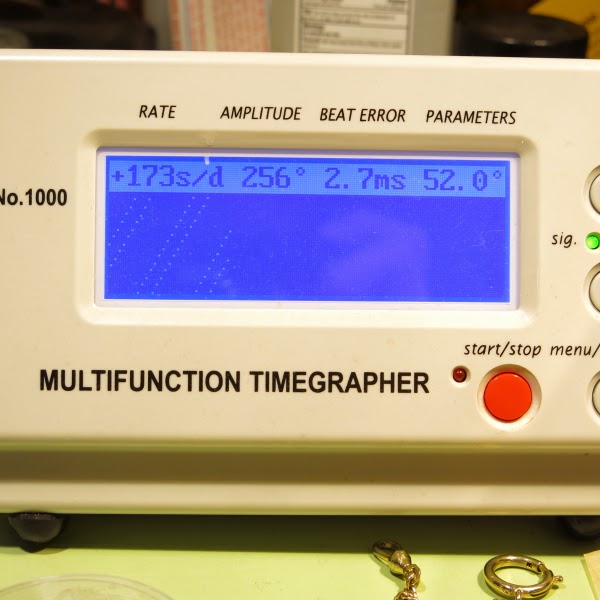 A minor tweak to the regulator is all that is needed to bring the beat rate right in line.  You can see how the two lines on the timer make their way toward horizontal. 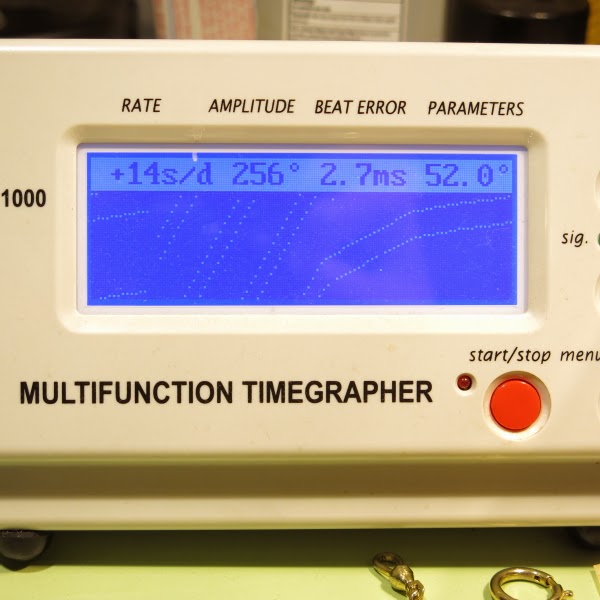 With the movement cleaned and oiled, all I need to do now is get a new crystal.  The strap that came with the watch was new and looks great. 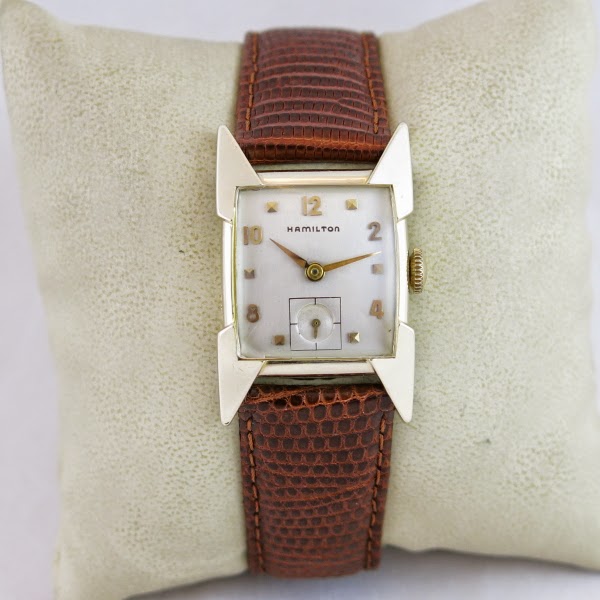