Hamilton's first automatics were in the Hamilton Illinois line up from the early 1950's.  However, within a couple of years the Illinois brand was dropped and the Automatic K-series of watches were Hamilton's automatic offering.  There were almost 60 different models (59 to be exact) and each was a little different than the others. 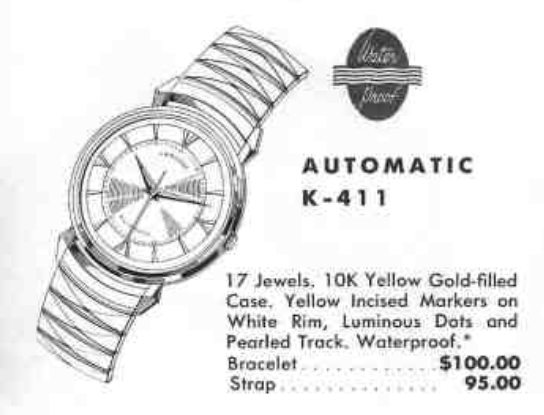 There's a lot going on with the K-411 to make it unique.  It's got a 10K gold filled case with angular lugs.  The dial has a silver (white) chapter ring with gold highlights at the hours.  Inside the chapter ring is a textured dial with a pearlized minute track and luminous dots at the hours.  Finally, luminous dauphine hands indicate the time.

Like most of the K-series watches, the K-411 uses the Kurth Freres (Certina)-based Hamilton 661 movement.  It's big and bulky but gets the job done.

I recently received a K-411 project watch that had definitely seen better days.  The crystal was cracked, the second hand was missing, the crown was gone and it was plenty dirty... just the way I like them! 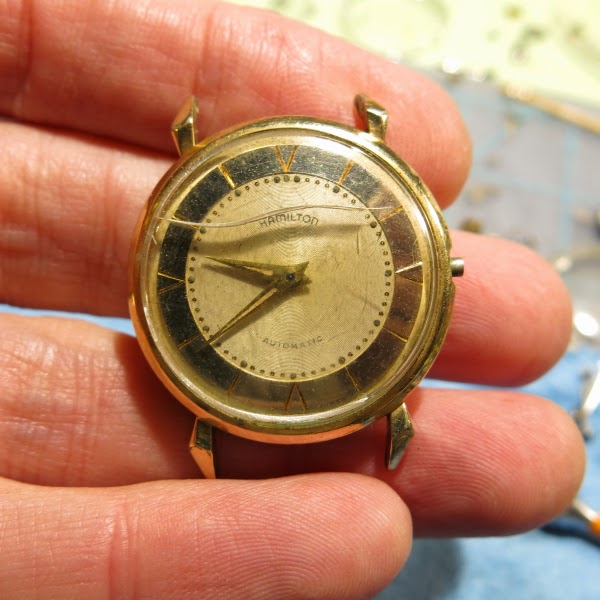 If you understand the nomenclature Hamilton used for numbering automatics, you'd expect a 411 to have a gold filled back.  If it was a K450-something, it would have had a stainless back.  As you can see, this watch has a gold filled back that screws on and off. 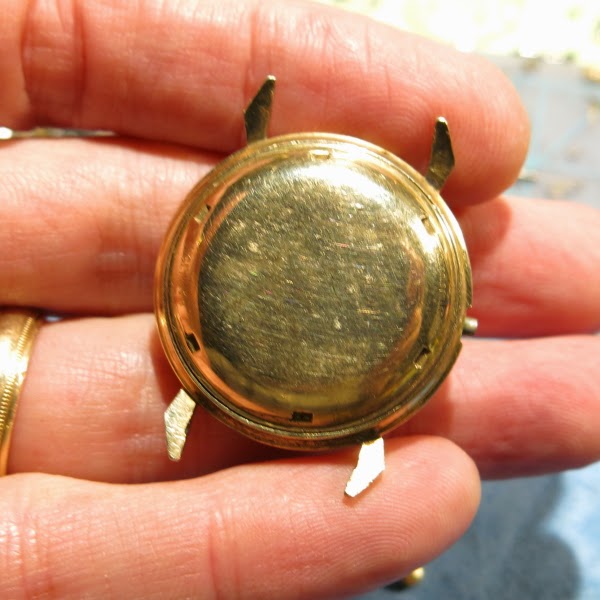 The movement is plenty dirty but at least there is no rust inside - that's lucky since a missing crown could easily let in moisture. 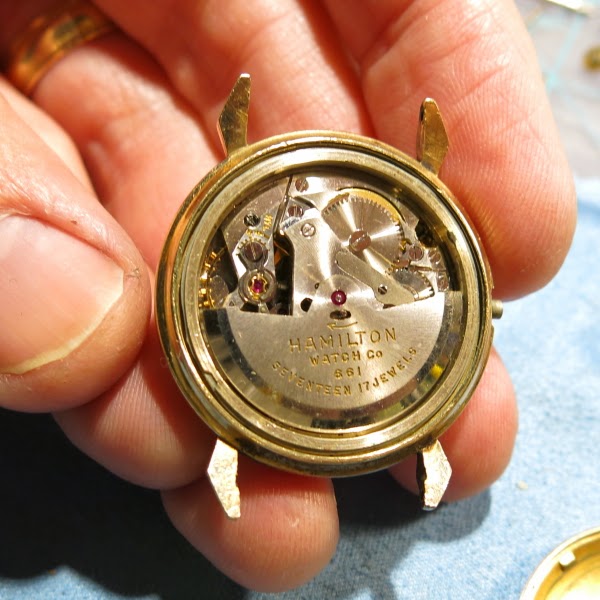 There are two places for case screws to secure the movement to inside of the movement ring.  One of the screws is still there (shown below) but the other is missing. 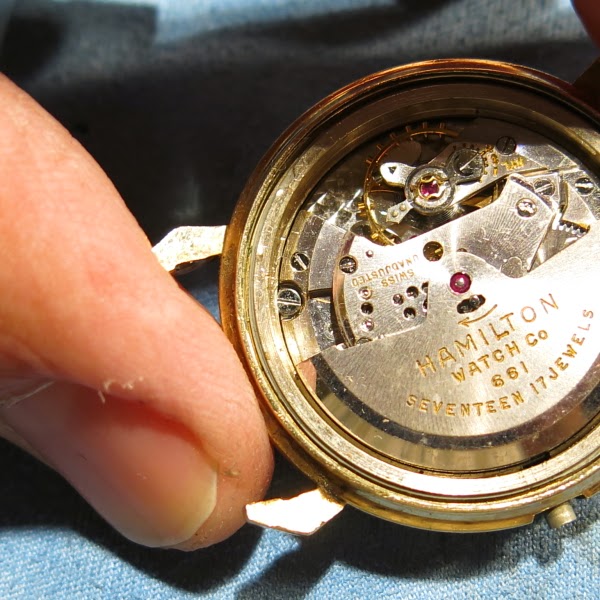 In this shot, you can see the spot for the other case screw is badly mauled up.  Someone went at it with a small drill bit or something.  Other than the ugly appearance, no serious harm was done. 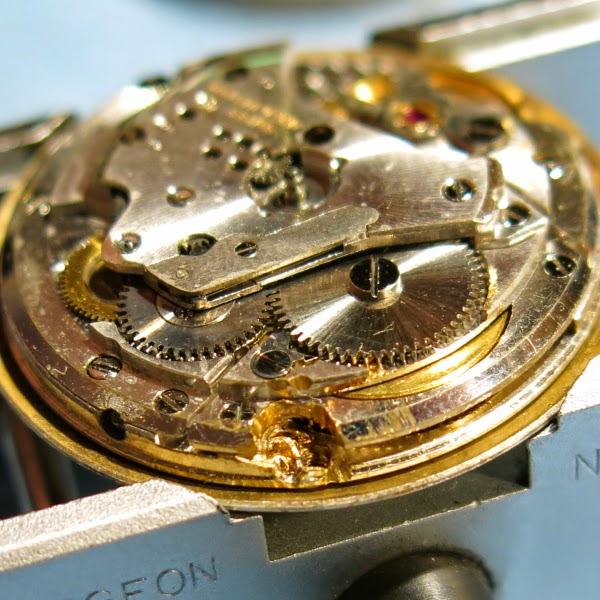 I can see the stem broke off with the crown - there's still a portion of it inside the movement. 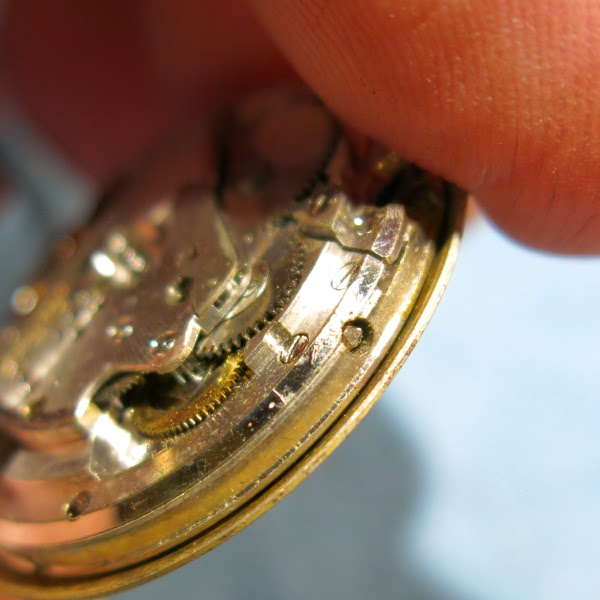 With the set lever screw loosened, a strong magnet draws the broken stem out of the movement. 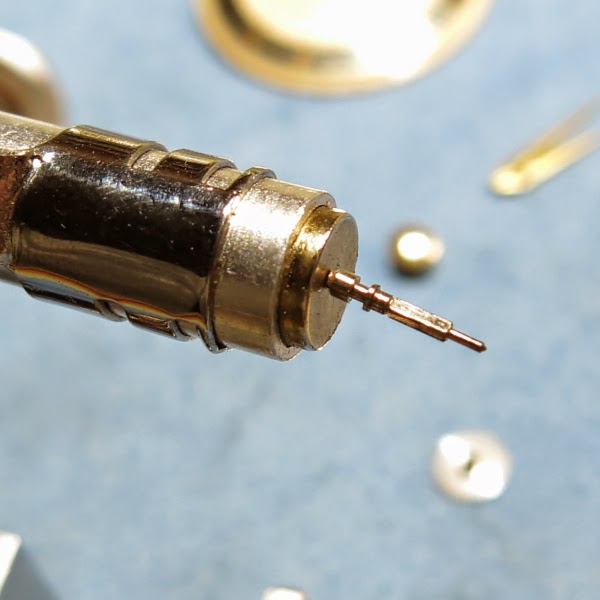 At this point, everything is broken down, cleaned and readied to be reassembled.  It's all bright and shiny again. 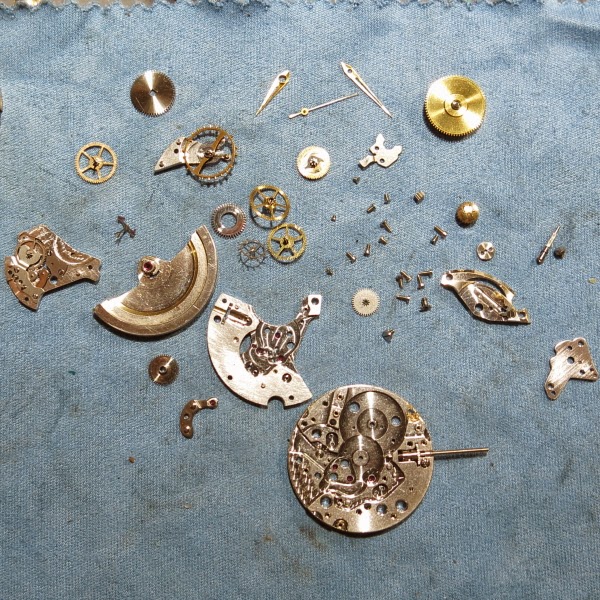 Without the oscillating weight carrier and rotor installed, the movement looks like any other manual winding movement.  The train bridge takes up at least 2/3rds of the back.  With a few winds to the mainspring, the balance is now swinging away, so it's off to the timer. 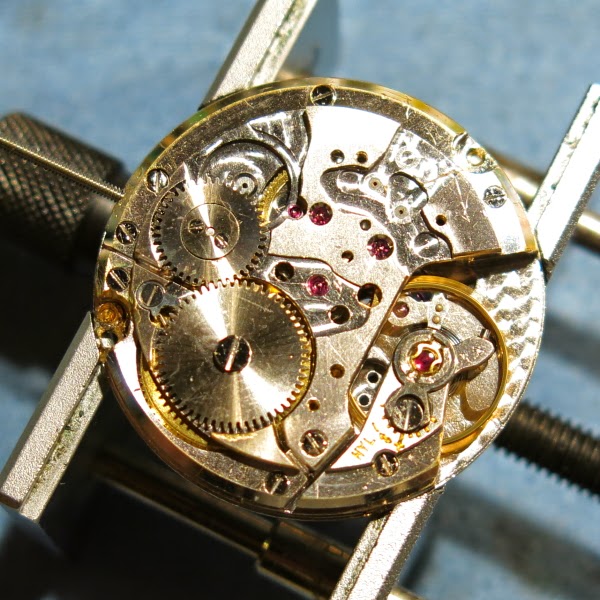 It's running a little slow and the amplitude is on the low end (over 200 degrees is the goal).  I can speed the watch up by tweaking the regulator and increase the amplitude by winding it a little more. 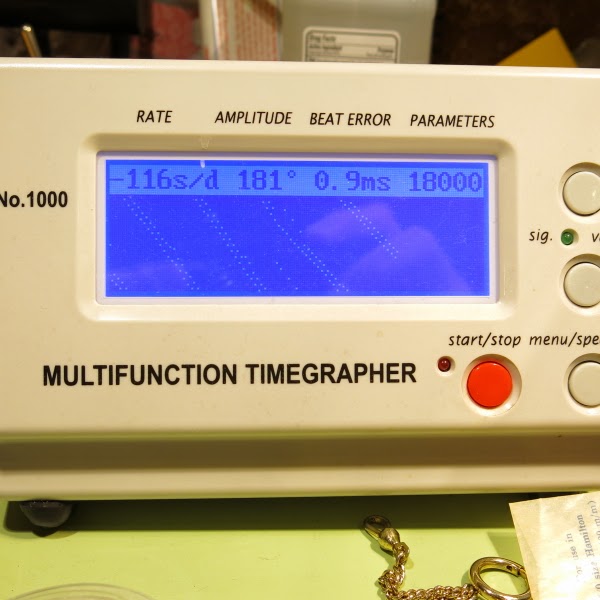 There... that's better.  Nothing too shabby about the performance now. Now it's time to apply some fresh lume to the hands and dial so it will glow in the dark again. 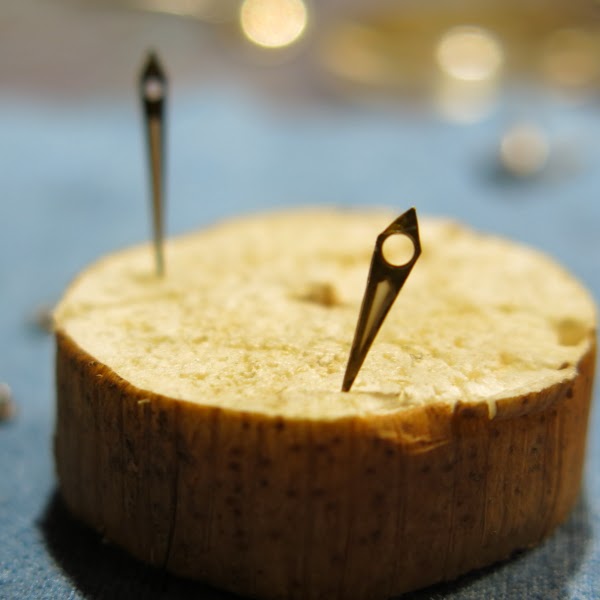 Obviously a new crystal is needed as well. 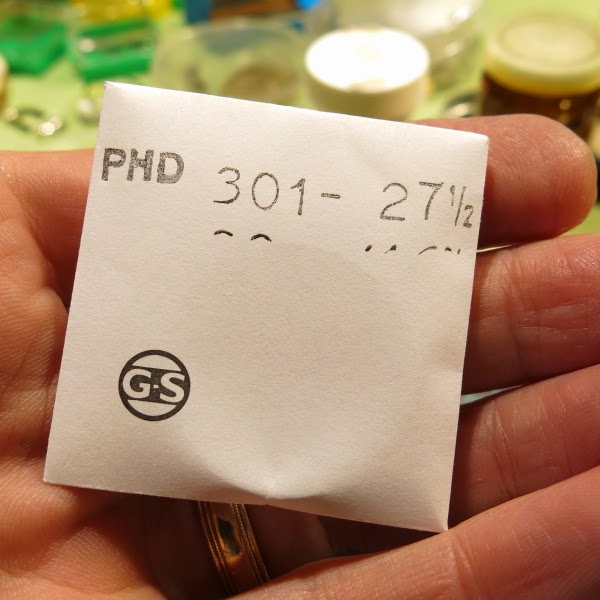 The original finish on the dial has failed but a little gentle cleaning still made it look a little better.  If I were to clean it any further I would likely lose the printing and I don't want to do that.  My light tent makes the watch look a little worse than it looks in person.  With a brightened chapter ring, new crystal, new stem and crown, a fresh strap and refreshed lume, the watch looks great - especially compared to what I started with. 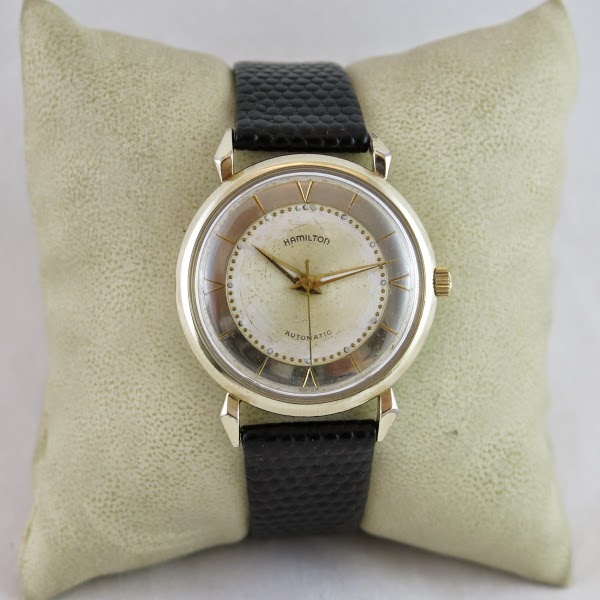