In the 1950's Hamilton introduced a series of his and hers models.   Last month I posted a Sir Echo and it had a "hers" version called the Echo.  Another example is the 1953 Carl.  It was paired with a model called the Carlotta. 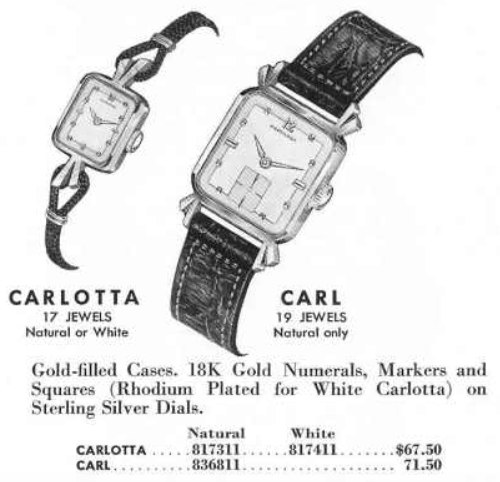 The Carl was produced for three years.  It was also available with a special bracelet. 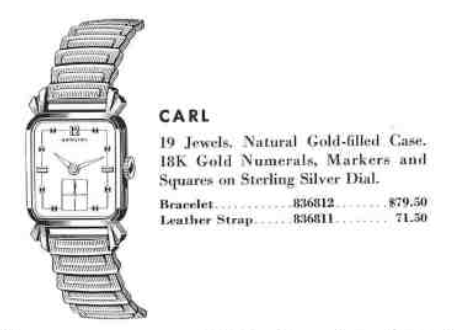 The Carl came in a 10K gold filled case with a two tone sterling silver dial with solid 18K gold numerals and markers.

I recently landed a Carl project watch.  It looked to be in decent shape but in need of a new crystal and a thorough cleaning. 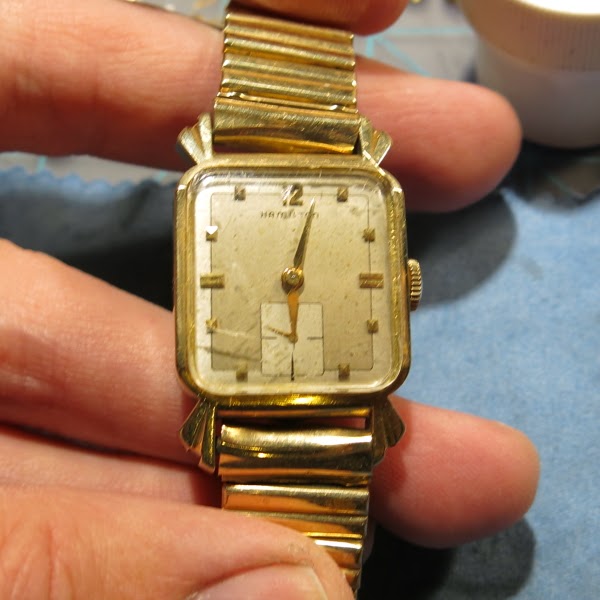 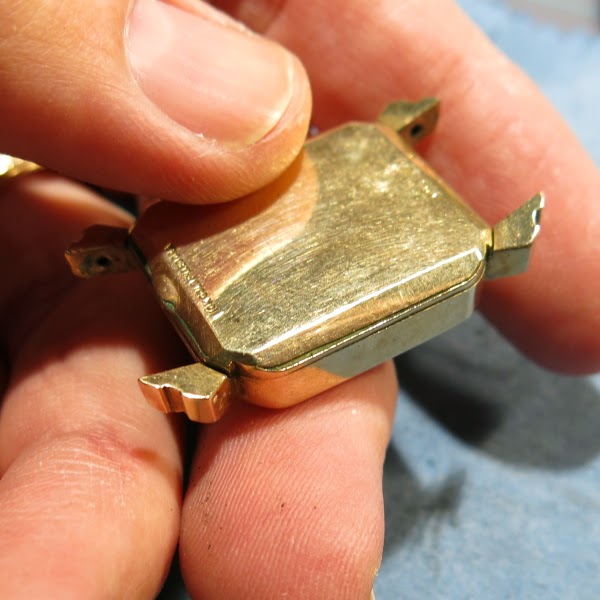 My photo is a little blurry but the dial looks to be original and is in decent shape, albeit a little dirty. 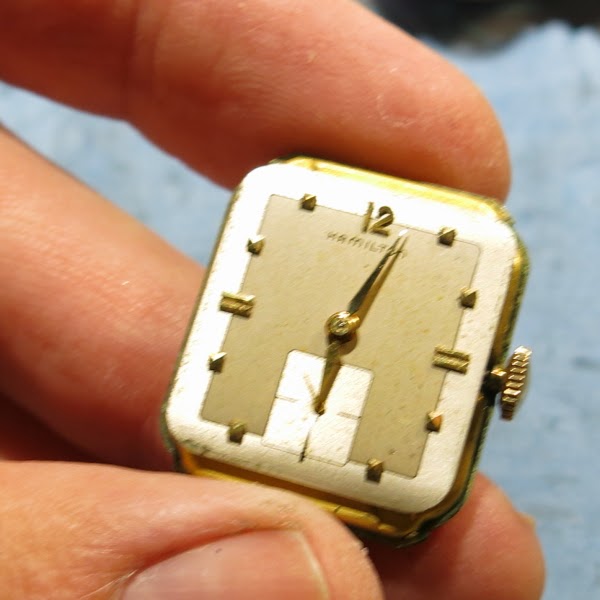 The 753 looks a lot like a 770 movement.  The main differences are the 753 has less cap jewels and the balance isn't shock protected. 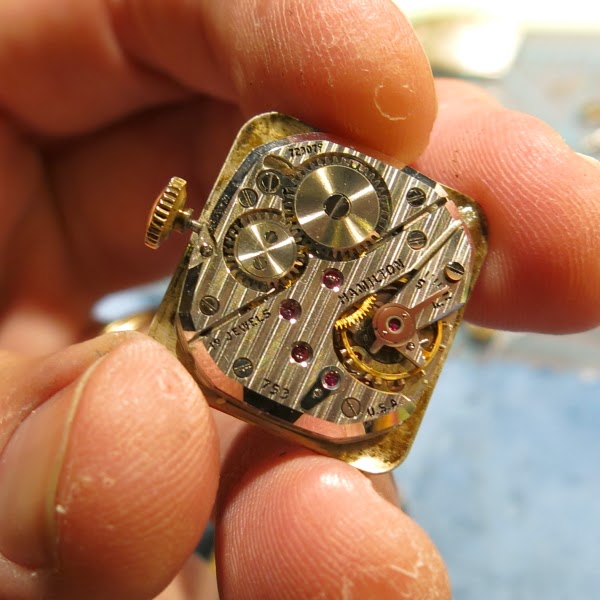 Everything is disassembled, cleaned and readied for reassembly.  A new glass crystal will be installed too. 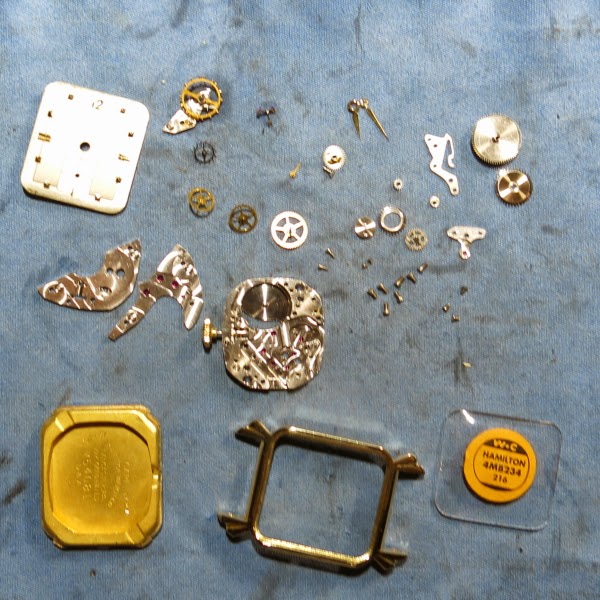 Glass crystals are held in place with a special glue that cures when exposed to UV light.  So I'll "bake" the bezel while I reassemble the movement. 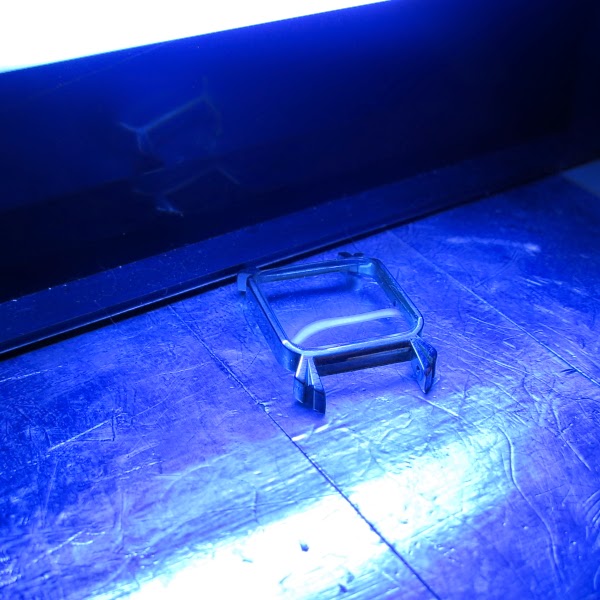 Reassembly is straightforward.  If you want to see what's involved I invite you to check to the detailed overhaul posts in the in menu on the right side of the page.

The now-running movement goes onto the timer to see how well it's performing.  It's running a little fast with good amplitude.  However, the beat error is a little high at 4.0ms.  Ideally it should be under 1.0 but I'll usually accept anything under 3 since adjusting it is a little risky.  I'm not happy with 4.0 though so I'll take the balance apart and adjust the hairspring position. 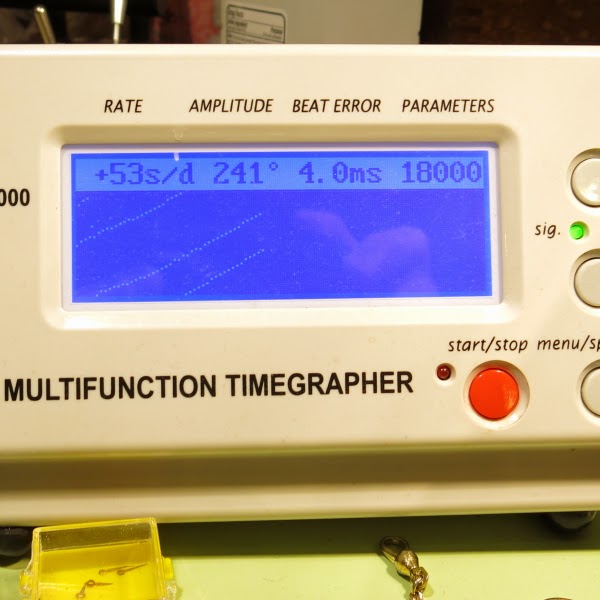 Looking at the bottom of the balance, you can see the pink impulse jewel is a little off to the left of the regulator fork.  So I need to move hairspring just a few degrees so the pink jewel lines up better. 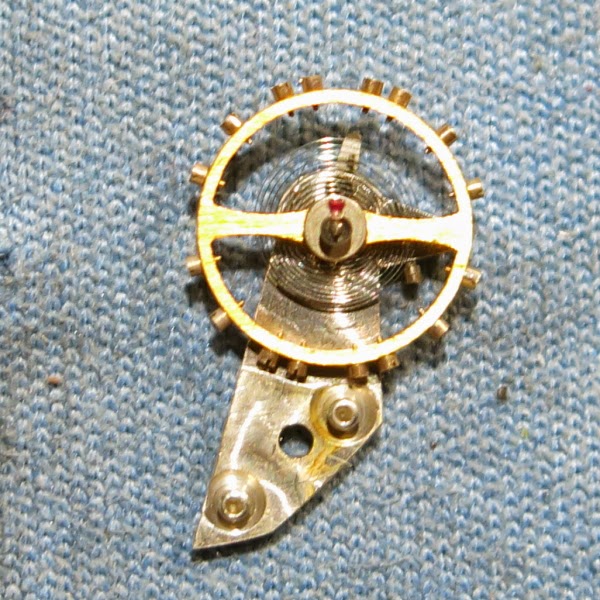 I told you it was tricky. 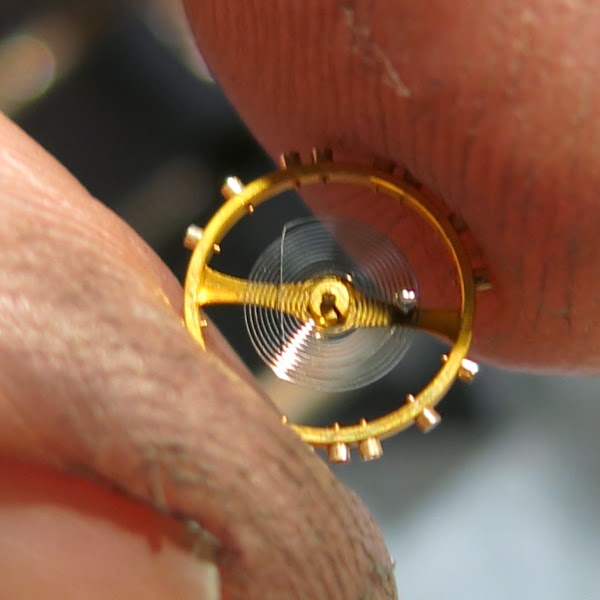 Success.  Now that the beat error is reduced, the watch is still running fast but I can slow it down using the regulator. 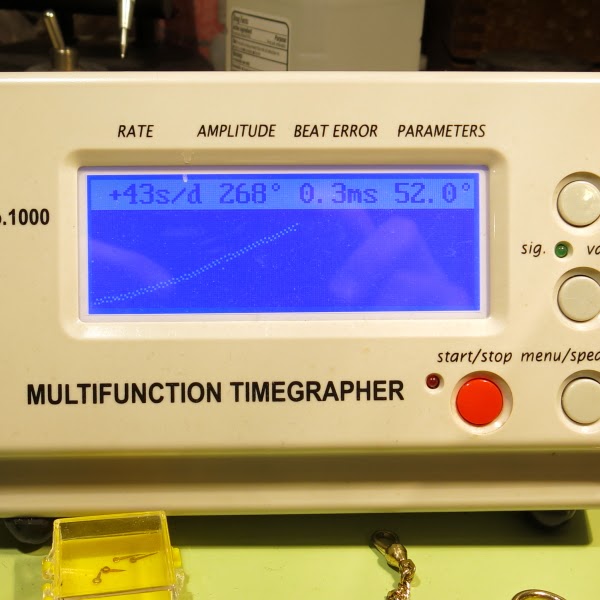 There... just a slight tweak to the regulator slows the watch down to a very acceptable beat rate, amplitude and beat error. 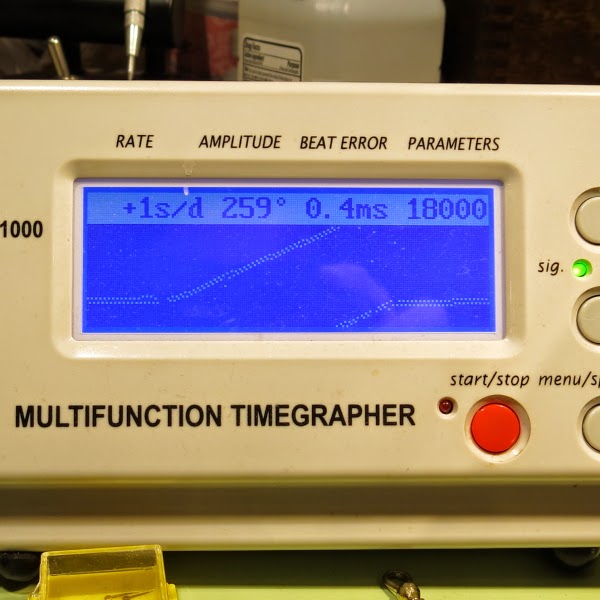 The dial and hands get reinstalled and the movement goes back into the case.  A new glass crystal and leather strap complete the restoration.  The dial has some minor spotting that resisted being cleaned so it's not "like new" but it's definitely much improved.  This Carl is ready for wrist time. 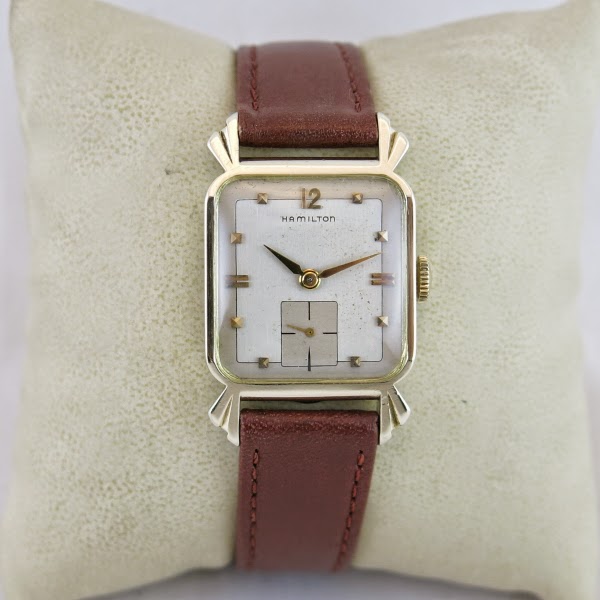