Hamilton made a variety of military watches during World War II.  In fact, during the years 1942 through 1945 virtually all production was dedicated to the war effort.

The most commonly found military watch is the US Army version with the white dial and a case back engraved with "ORD DEPT".  At any given time there are several of them for sale online.

Hamilton also made watches for the US Navy and Marine Corps.  These watches come in different cases and are engraved on the back with HAMILTON WATCH COMPANY along with the part number that is unique to each watch version.  You can read more about it on this thread.

Among the scarcest are the FSSC 88-W-800 watches, and part number 39102, specifically.  Only 2,926 of these watches were produced for the US Marine Corps, and they were specifically made for aviators. 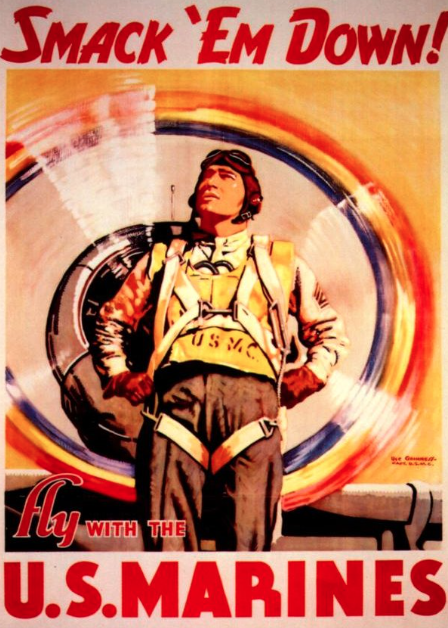 The watch also features a Wadsworth case - while other military watches were either Star cases or Keystone cases.

I recently scored a 39102 USMC watch and it proved to be a true labor of love.  It arrived as non running but, as you'll see below, it had several issues, any one of which would cause it to stop running.

First off though, you'll note this watch has a black dial.  The US Navy version received a black dial and the USMC version was white.  Naval aviators had a 2987-based watch too though. However, the Navy version came in a Star case with part number 39103 on the back.  You can read more about the US Navy version here.  So this dial is a replacement. 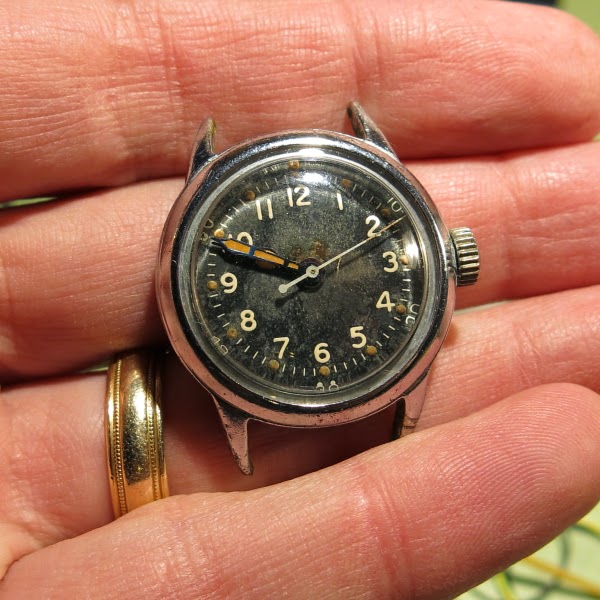 The Wadsworth case should be stamped with a W in between the top lugs, as shown below. 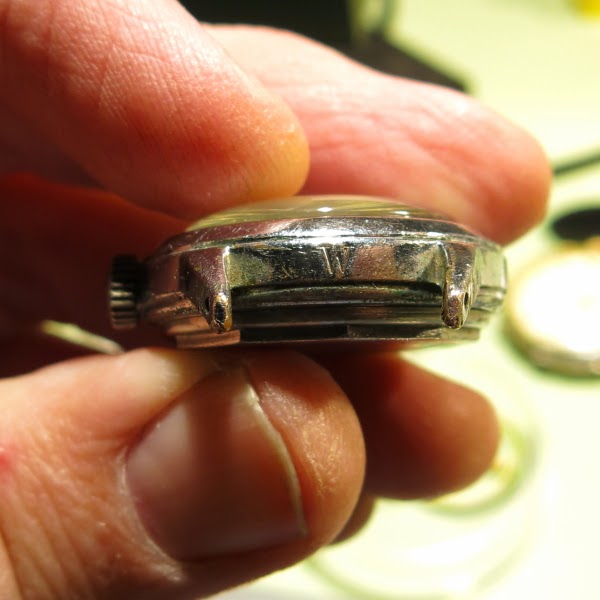 Here's a shot of the case back engraving.  Although the bezel is chrome plated brass, the back is stainless steel.  The back unscrews using a large combination wrench, nothing much to it. 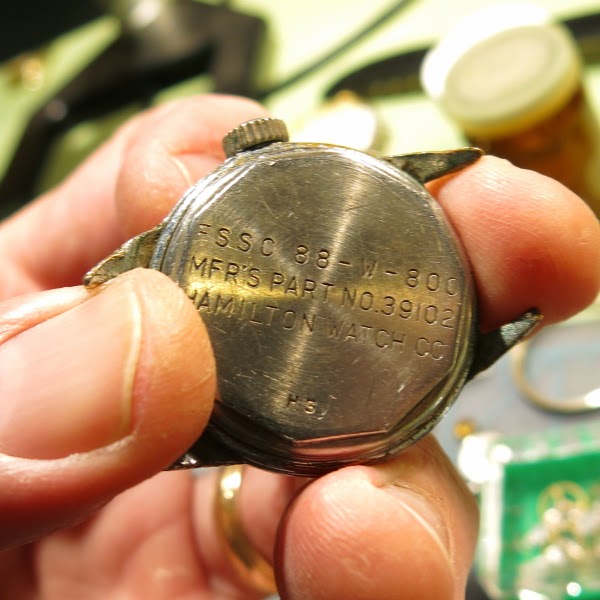 Under the case back you should see a dust cover that snaps onto the movement ring that surrounds the movement inside. 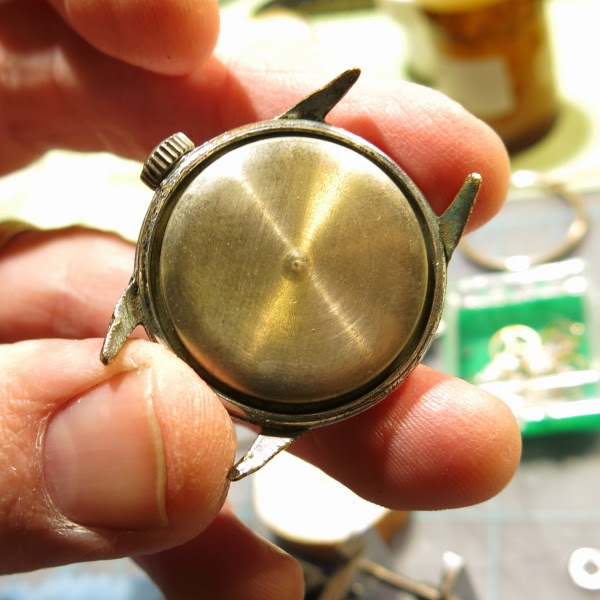 And here's the 2987 movement.  It looks a lot like the 987S, which was also used for military watches.  However, the 2987 adds an extra jewel to support the second hand pinion in the center.  The pinion is also supported by a spring, partly visible under the sweep second wheel. 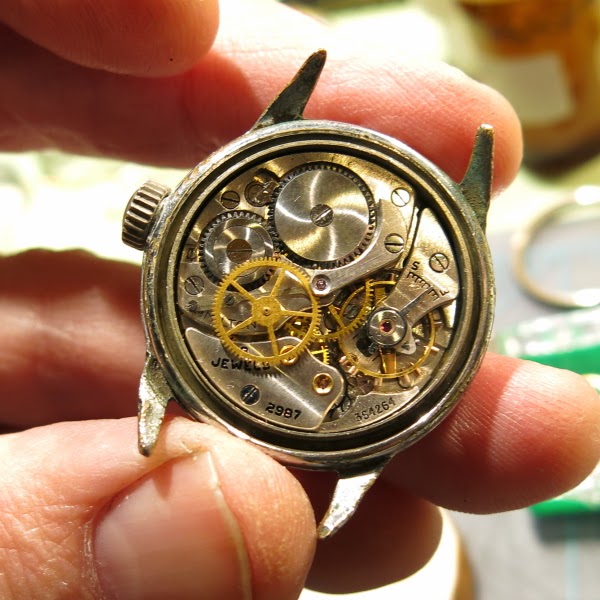 The dial has a little bit of rust in the center.  The dial is old and looks like it could be original.  However the mismatched hour and minute hands are not correct for the watch.  The second hand is correct though.  On the black dialed models, the hour and minute hands should technically be stainless steel.  That's an important detail to look for but not a deal breaker. 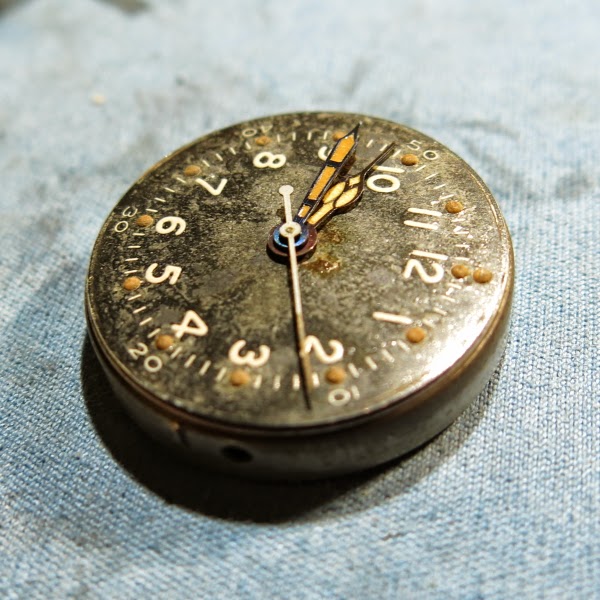 The crystal that is installed is rather odd.  It has a wide flange so it appears a lot smaller than the bezel opening.  I'll change that out with a proper crystal. 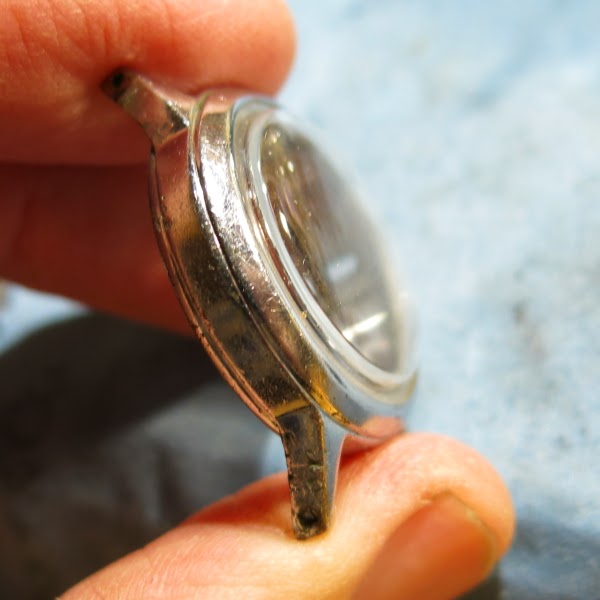 Pulling the gold-colored sweep wheel is a job for a specialized tool made just for this purpose.  It looks a lot like a Presto-style hand puller but one side is split to go over a wheel spoke while the other grasps the hub. Squeezing the tool will lift the wheel straight up and off so you don't bend the extended third wheel pivot.  Once I got the sweep wheel off, I removed the sweep pinion bridge.  However, I couldn't get the sweep pinion itself out.  It was rusted to the inside of the center wheel.  Eventually I worked it loose and I then ran tiny broach through the inside of the center wheel to open it back up again.  A seized seconds pinion would definitely stop the watch from running. 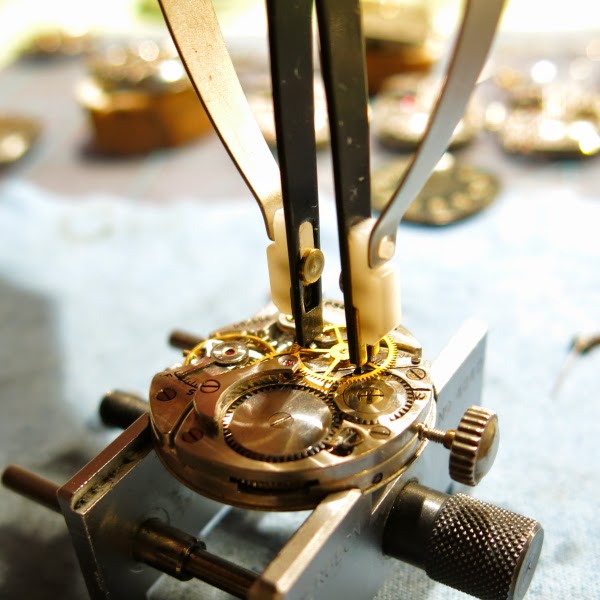 Once I got the wheels out, I noticed the hack spring had been bent out of the way.  Although it still moved when the stem was pulled out, it was not in the right position to stop the watch.  So I had to rebend it back to the proper shape.

While everything is in the ultrasonic, I'll replace the crystal with a PHD high dome crystal. 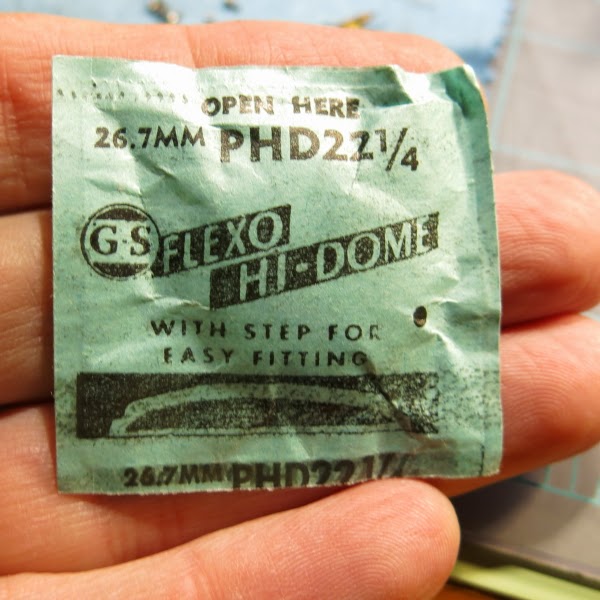 That looks much better than the wide-flanged crystal. 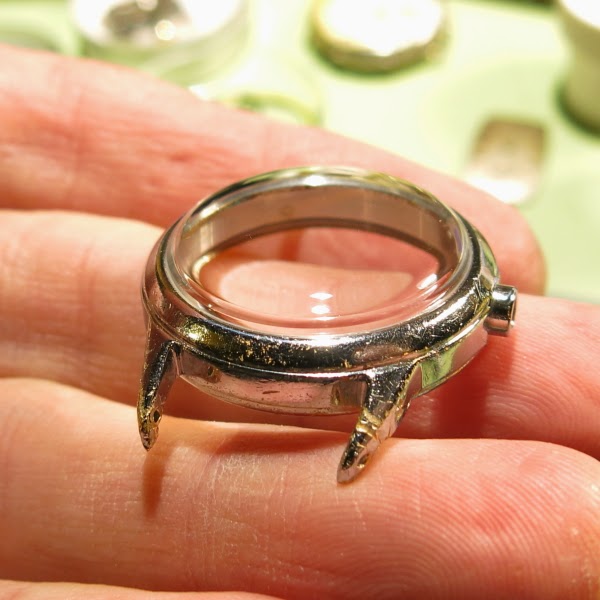 I'll prep a new white alloy mainspring for the movement too. 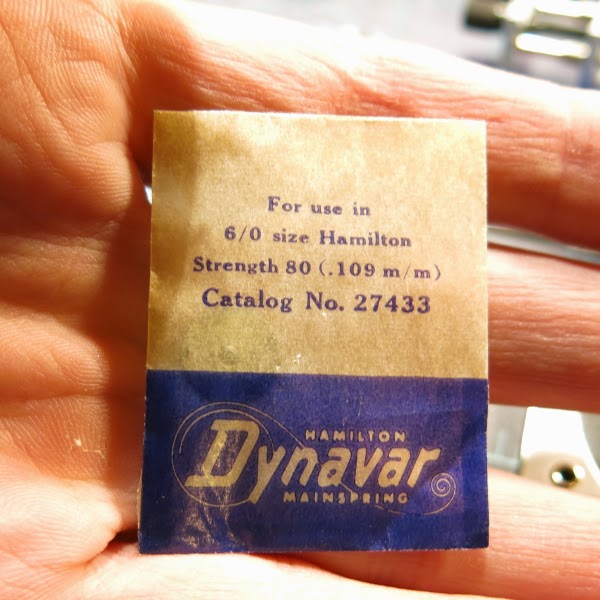 Close inspection of each jewel revealed that the center wheel jewel in the barrel bridge is cracked.  It's the larger of the two jewels below.  The jewel is larger than a 987A's center wheel jewel but it's the same size as a 987S and I happen have a parts watch to use as a donor. 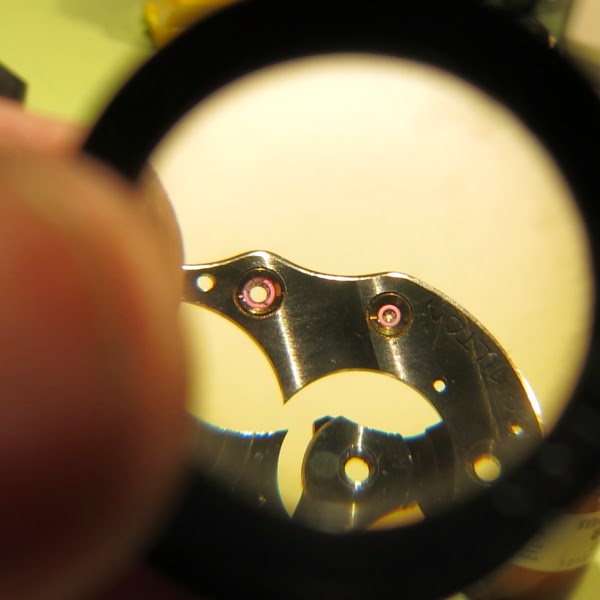 The jewels are held in place with friction and are removed and reinstalled using a staking set and a flat punch.  It's best to replace cracked jewels if you can, as they are a source of friction and wear. 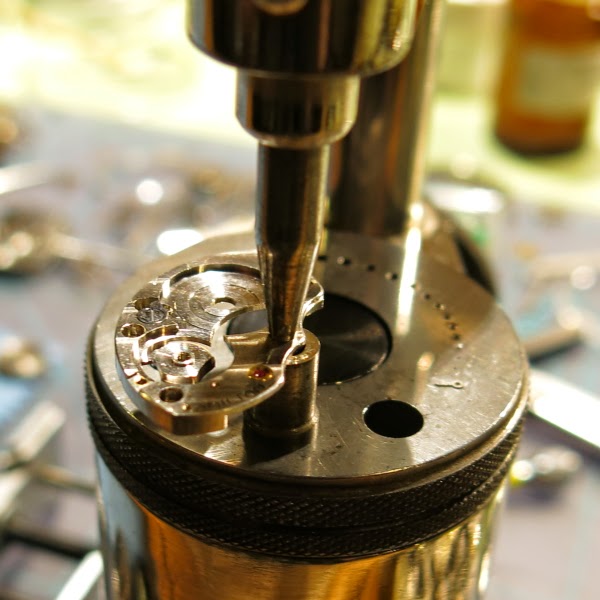 All of the parts are now cleaned, including two potential balance wheels. 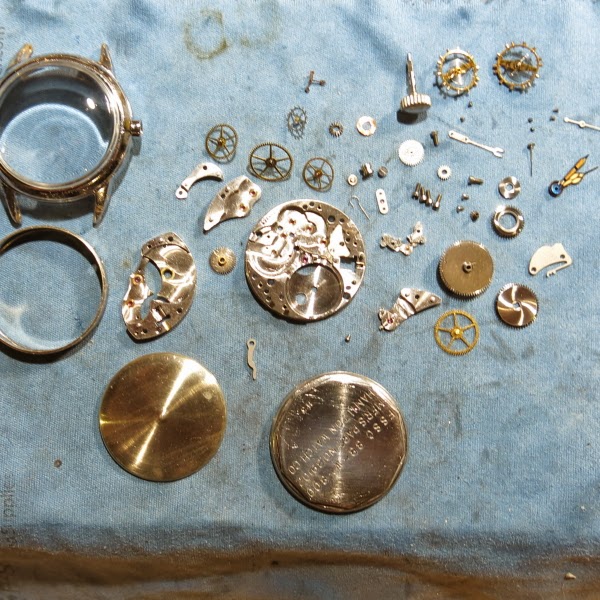 While reassembling the watch, I found out the pallet fork arbor was missing a pivot - so that's yet another reason why the watch would not run.  I think I'm up to four different reasons for why this watch movement wouldn't run.

In the end, without the seconds sweep wheel or pinion installed, this movement looks like a regular old 987A.  It's back to running condition now thanks to a new pallet fork, a new mainspring, a new center wheel jewel and a new balance assembly. 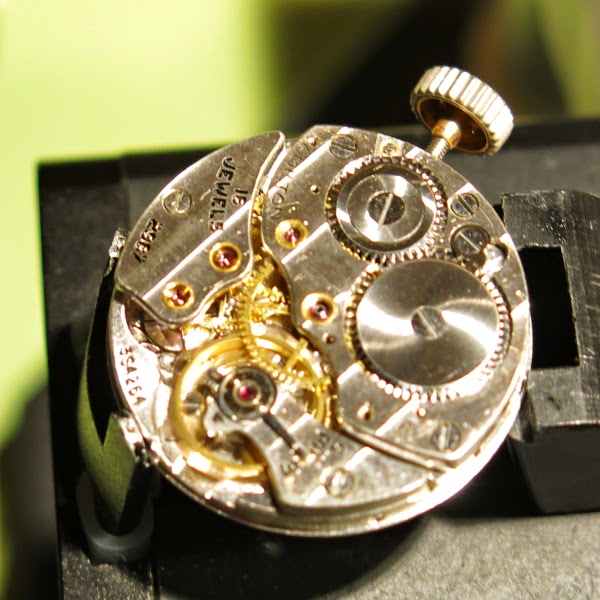 Well, it's running alright and dead on from a beat rate standpoint.  The beat error is within acceptable tolerance.  The amplitude is well over 200 degrees so there's a lot of energy in the watch.  The reason the two lines are so far apart is the lower line is on the top of the screen and the upper line is just above the bottom of the screen.  So they're actually much closer than they appear. 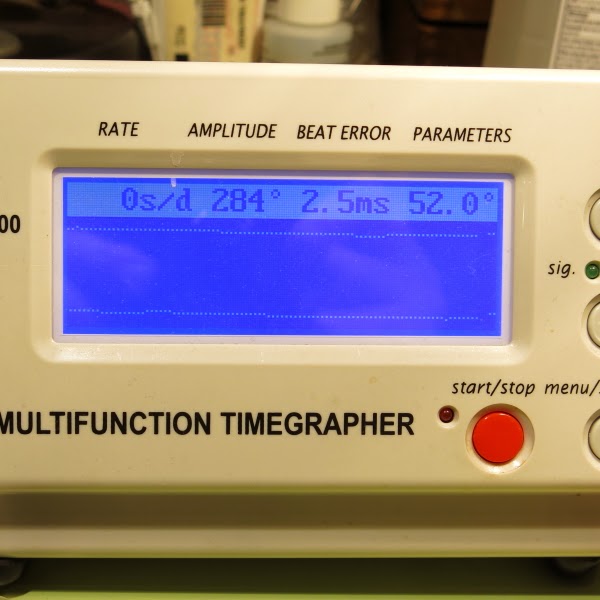 I happened to have a spare white dial and hand set up so the finishing touches to this restoration are the dial, hands and a new canvas strap.  It's back to looking just as it would have in 1943. 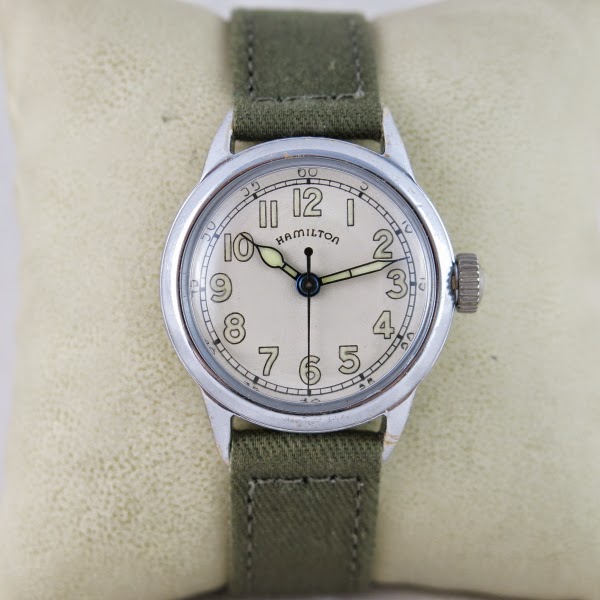 And here's a final shot of the case back.  This is one mighty rare watch.  I was lucky to find it.  With less than 3,000 made and the rest going into harm's way, I wonder how many are still in existence?  I'm glad I was able to get this one back into wrist-worthy condition. 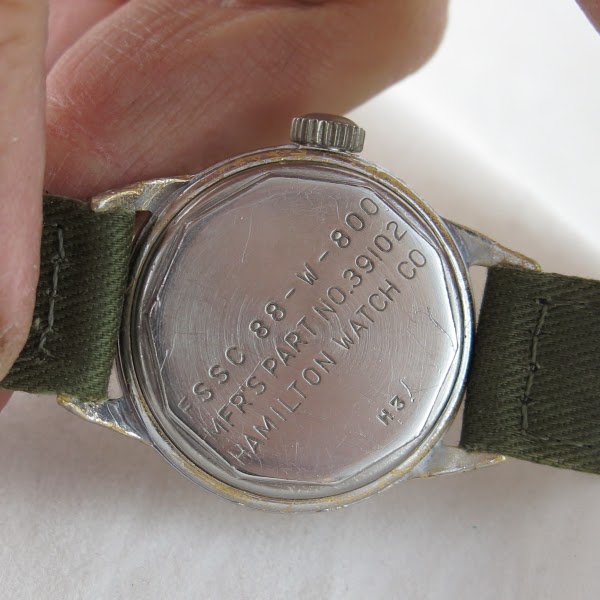