There are a few situations where a Hamilton model had two different names.   Several are from the 1930's but one in particular from the 1950's is the 1959 Cascade. 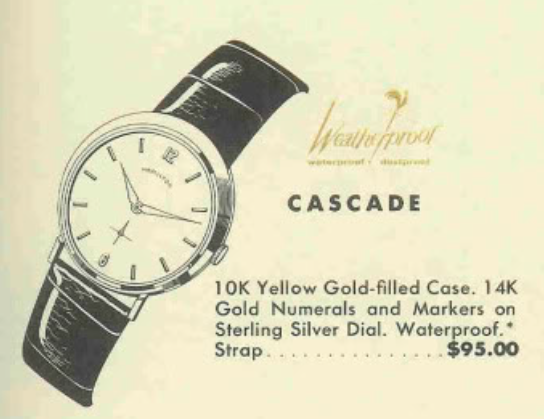 The Cascade was part of a his & hers set and paired with a ladies model called the Cassie. 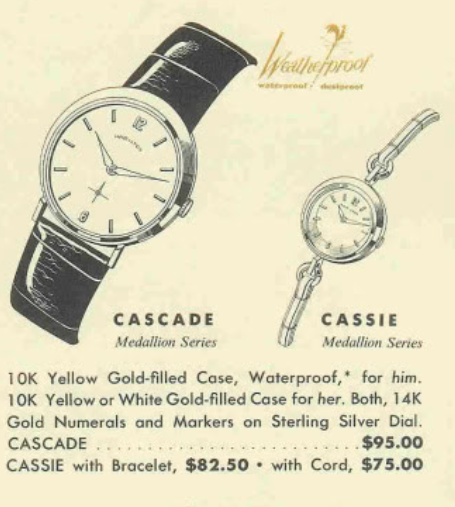 However, in 1960 the Cascade was renamed the Sea Cliff.  Why it was renamed is a mystery to me but Hamilton was a bit sea-crazy in the 1960's as there are over 40 "sea-somethings" in Hamilton's lineup. 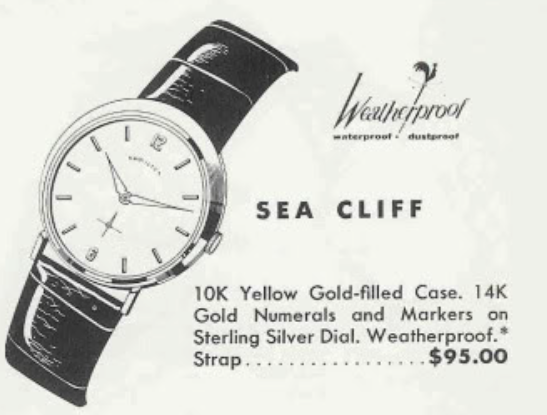 Oddly enough, the his and hers pairing continued with the Cassie.  The Sea Cliff was produced through 1961. 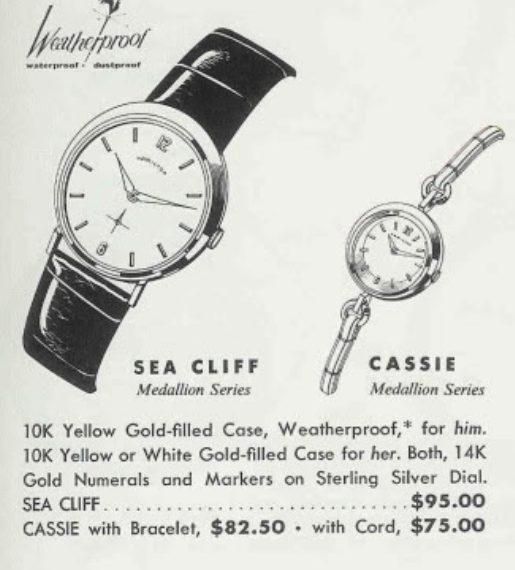 The Cascade (aka Sea Cliff) was produced in a 10K yellow gold filled case.  It featured a sterling silver dial with solid gold numerals and markers.

Tucked inside the Cascade is Hamilton's US-made 22 jewel 770 movement, their flagship grade.

The Cascade is one of Hamilton's asymmetric models and as a mechanical asymmetric, it's very popular with collectors.  If you look closely at the model, you will note that the bezel is wider at the top than the bottom, making the crystal and dial off center.  The lugs on the top are hidden under the case so it looks like it only has the two bottom lugs.

It's a very funky looking design and mixture of traditional watch design with Hamilton's modernistic flair.  Who said round watches had to be boring?

I recently scored a Cascade project watch.  It cost me a pretty penny but I think I still got a bargain since it wasn't in the greatest shape.  I thought the dial looked good though so I dug a little deeper than I usually do. 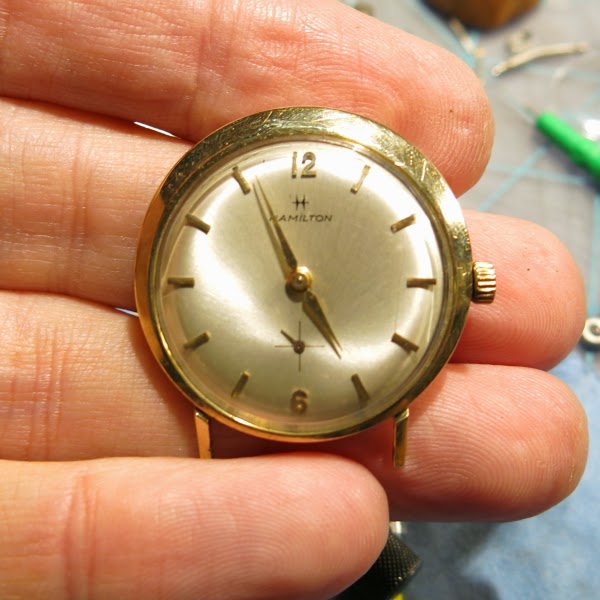 The case is a one-piece design and the watch opens through the crystal.  The back of the case is a little oddly shaped to accommodate the hidden lugs. 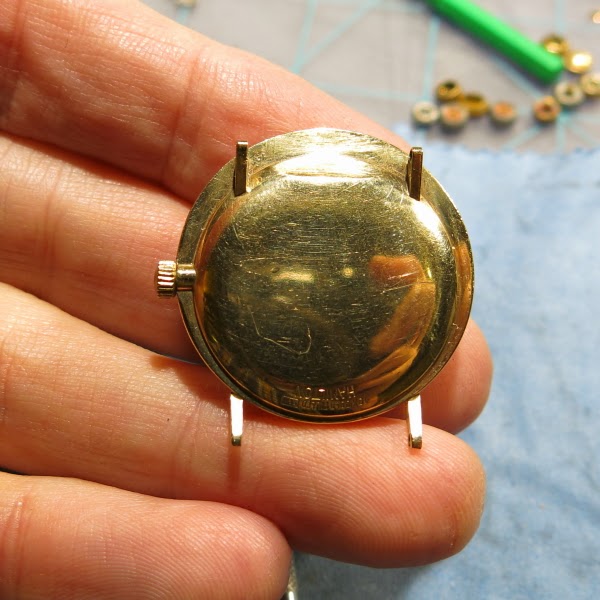 With the crystal removed, the dial and movement come out the front to reveal an empty cavity for a 12/0 movement. 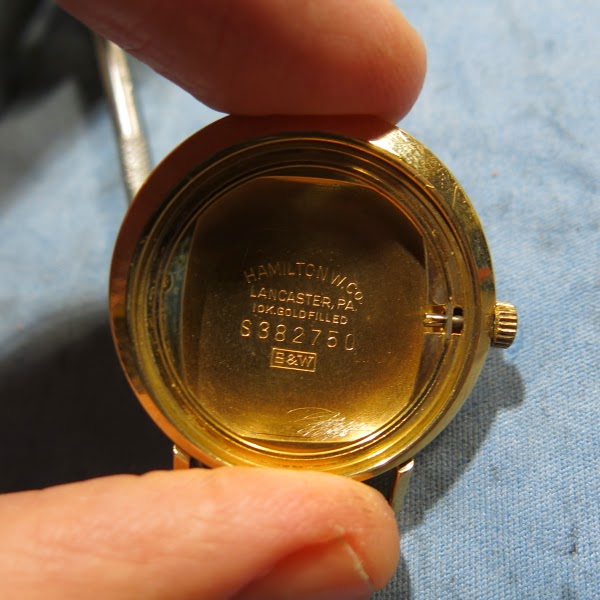 The 770 is a common movement and was used in high end models all the way down to lesser expensive gold filled models. 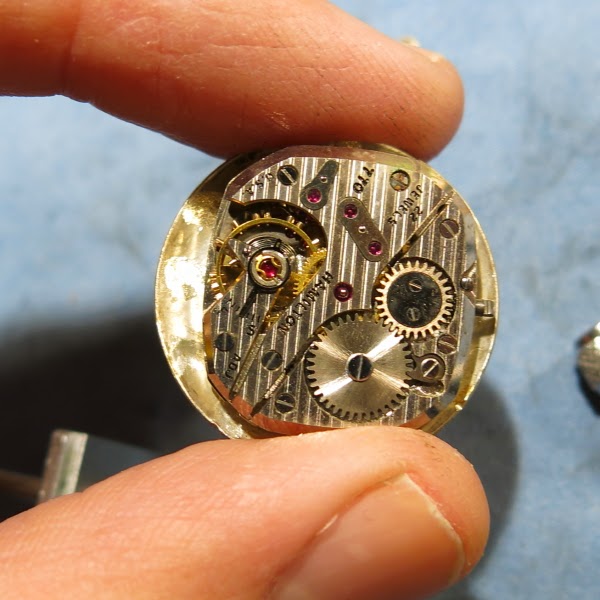 Everything is completely taken apart and cleaned before being put back together with fresh lubricants. 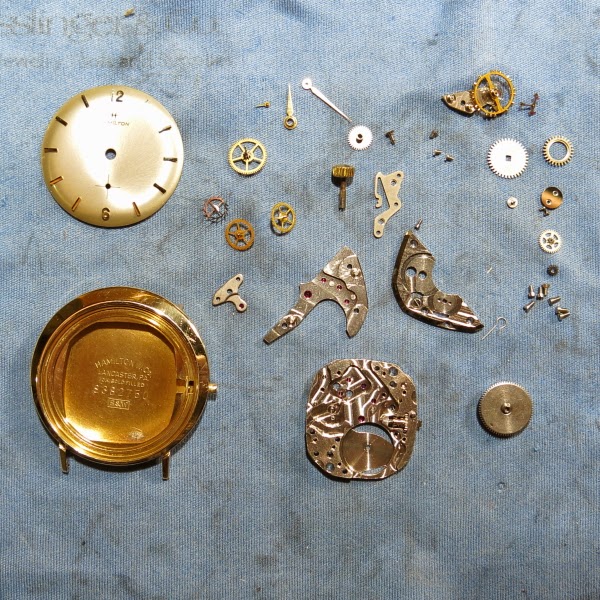 If all goes well, I can tear down, clean and rebuild a basic mechanical watch movement in under an hour... as long as all goes well.  Here the reassembled movement is happily purring away so it's off to the timer. 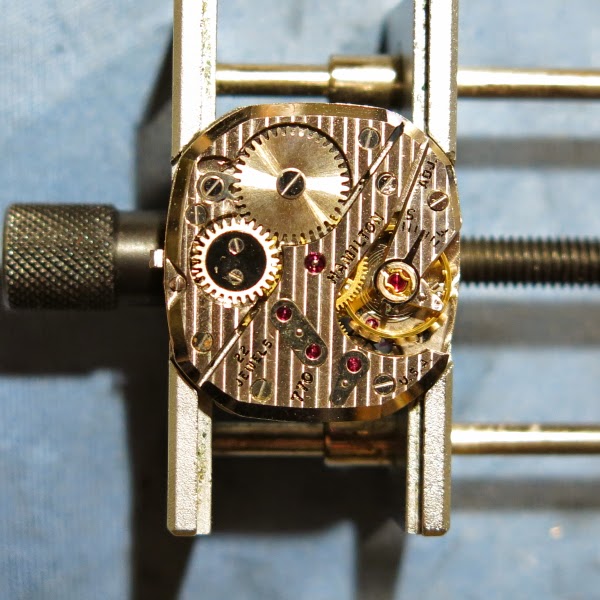 Uh oh - there's a little bit of noise going on inside the movement.  Perhaps there is a piece of lint or something on the hairspring.  I'll have to reclean it and inspect it very carefully. 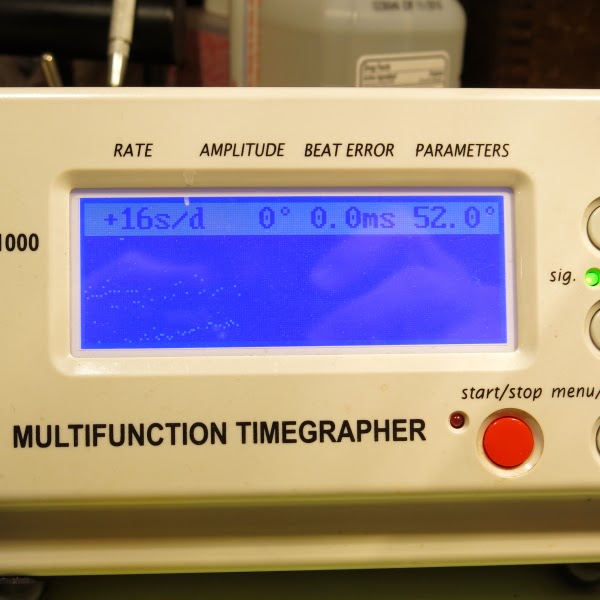 Ah, that's much better.  Two parallel lines running fairly close together.  The slight upward slope indicates that it's running slightly fast at 7 seconds per day.  Good amplitude and an acceptable beat error.  I'll check it in other positions before declaring it's good to go. The crystal that was on the watch was okay but way too small.  So I'll replace it with a proper fitting crystal.  Although the Cascade has a sub-second hand so it's a lower profile than a sweep second model, it's still a little too tall for a low profile crystal.  So I'll install a high dome in 28.3mm. 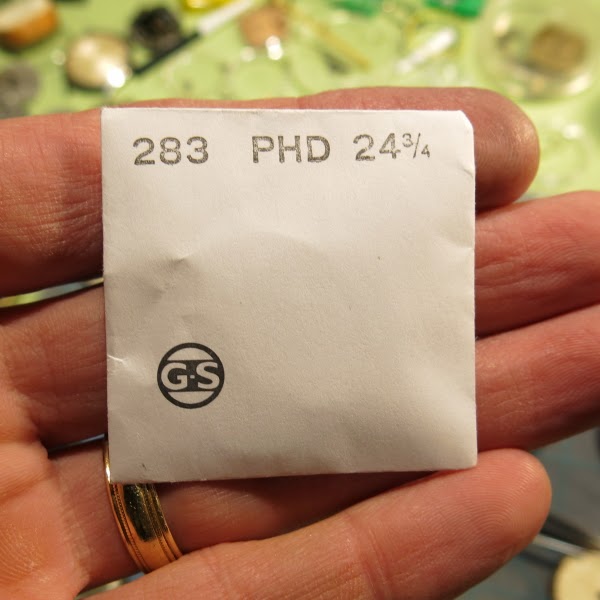 The dial and hands were perfect after a gentle cleaning.  Everything gets cleaned up and put back inside the case where it belongs.   A new black lizard strap completes the overhaul and this Cascade is ready for some well deserved wrist time. 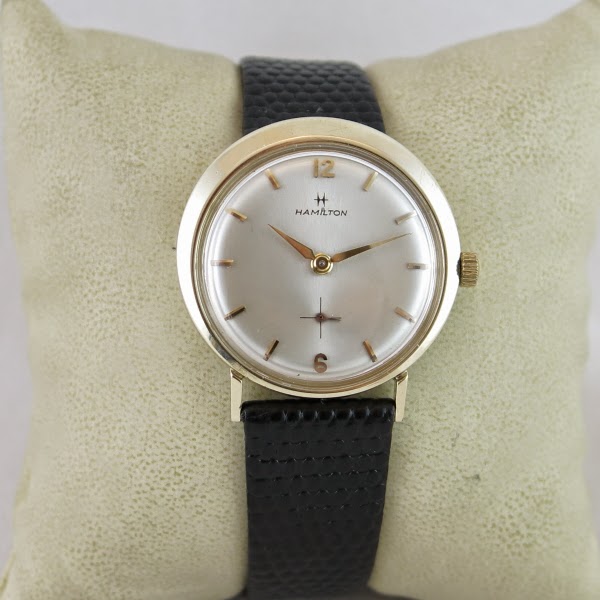