Happy New Year!  What better way to celebrate a new year than to showcase a very uncommon 80 year old watch?  (okay, I can think of a few better ways too)

In any event, if you follow my blog you may recall a posting a while back about another uncommon model, the 1935 Winslow.  The Winslow is one of a couple of men's models to come on a cord bracelet.  At the time of that posting, I had what I thought was a Winslow project watch but what instead turned out to be an even less common model called the Ellsworth. 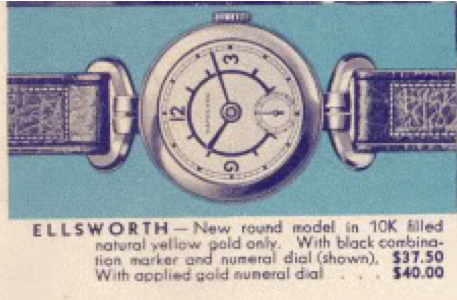 Like the Winslow, the Ellsworth is a little on the feminine side, mainly due to the slender 12mm strap.  The watch is also very similar to the 1935 Prescott in that it has flexible lugs.  Unlike the Prescott though, the Ellsworth comes in a three-piece case whereas the Prescott has a two-piece design.

Only 2,551 Ellsworth examples were created so they are very hard to come by today.  They only came in 10K yellow gold fill and two dial choices were available.  You very rarely see Ellsworths in the wild so I don't know which dial version is less common.

Since the Ellsworth was produced in 1935, you will find either a 987-F or a 987-E inside - as 1935 was the first year of the 987-E as well.  The main difference between the two movements is the 987-E had a different balance design with the new "elinvar" hairspring and a mono-metallic solid balance wheel to offer better timekeeping over a broader temperature range.

As good fortune would have it, I recently landed an Ellsworth project watch.  It was claimed to be running, which it was, but it wasn't running very well.  As received, I was shocked to see that there was very little wear to the case.  Only a hint of wear to the lower right lug - otherwise the case looked almost new. 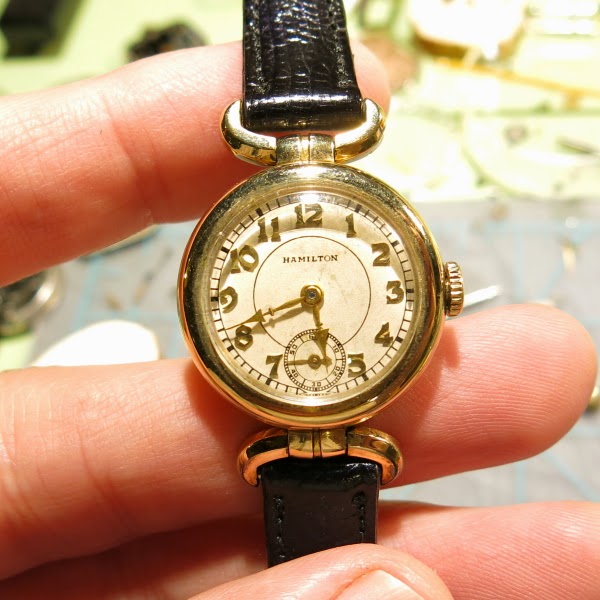 The case back pops off - just like on the Ellsworth I had shown on the Winslow post from last year. 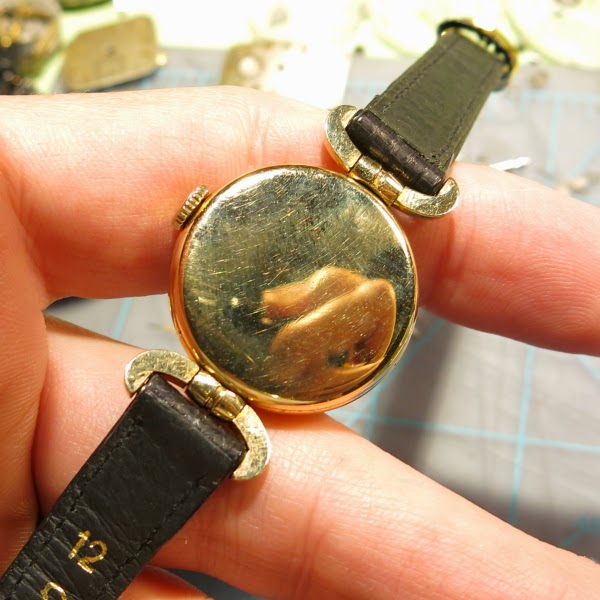 With the stem removed, as well as the two case screws, the movement slips out the front - assuming the front bezel has also been removed. 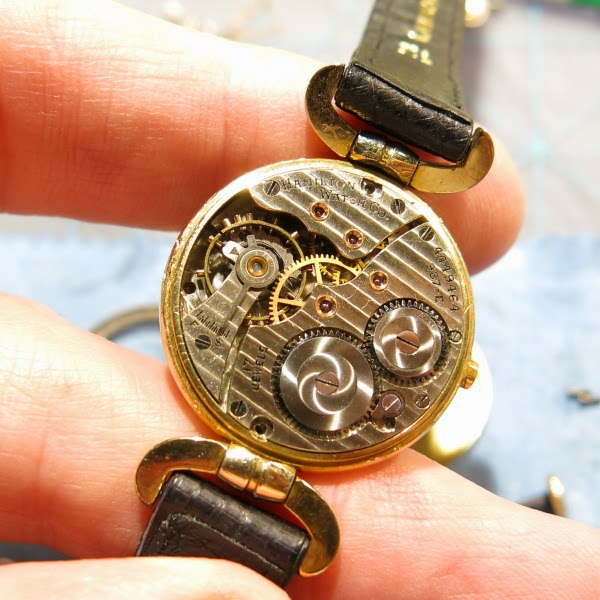 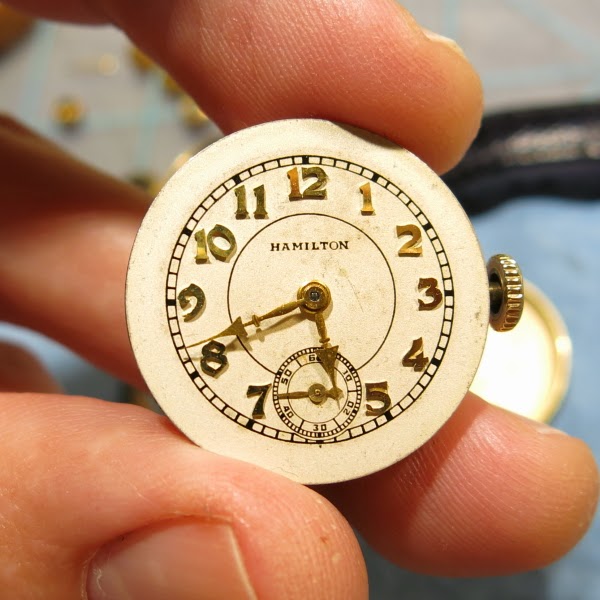 The back of the dial is unmarked, another indicator that it has not been refinished. 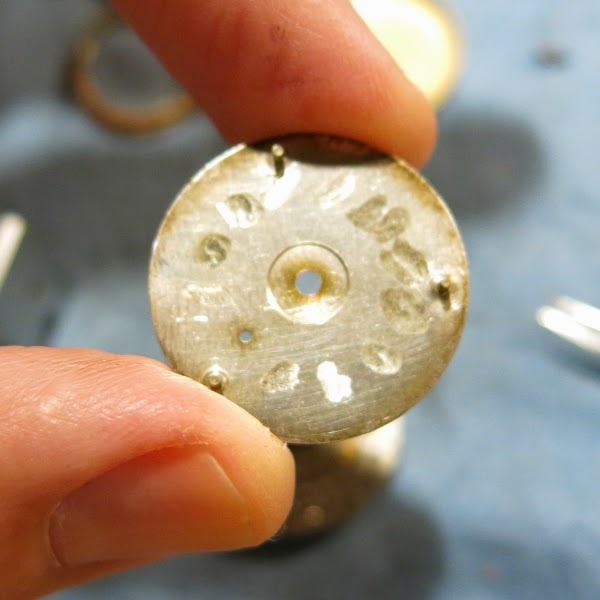 Everything has been cleaned and dried before reassembly. 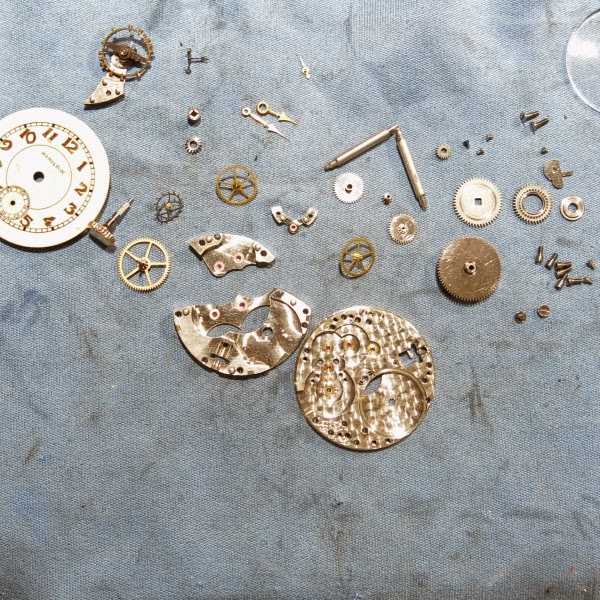 Well, right out of the gate it's running like total crap... good amplitude but that's about it. 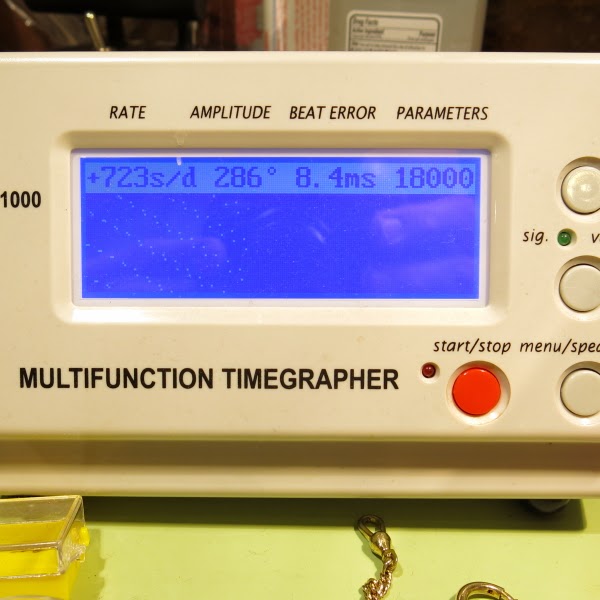 Second, on old movements like this, all of the bridges are stamped with the same serial number of movement.  This balance cock has a 7 stamped on it - that number is not included in the serial number so it's from a different movement.  Something must have happened to the original balance assembly and a watchmaker just swapped parts from another movement. 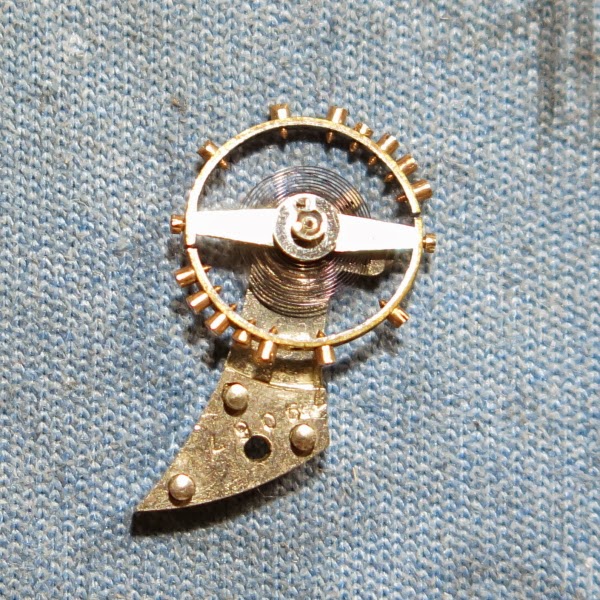 One of the things I like about the old style of balance is it includes "timing screws" at the end of the balance arm.  These two opposing screws can be moved inward or out to adjust the timing of balance beyond what the regulator allows.  It's tricky business, of course, but it does allow for some fine tuning. 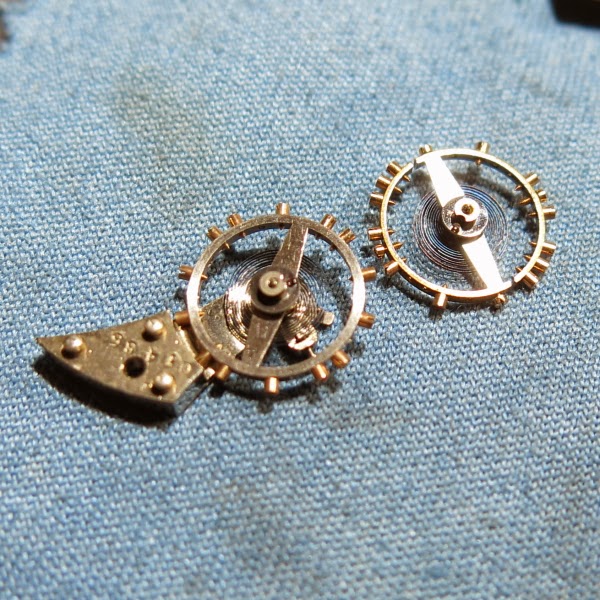 About 30 minutes of frustrating tinkering with the balance and hairspring gets the timing to look pretty good.  In fact, I was delighted to get it to look as good as it does.  Dial-up or dial-down it ran just the same but if I put the movement on edge it slowed dramatically.  So that tells me something is wrong with the balance pivots or one of the jewels. 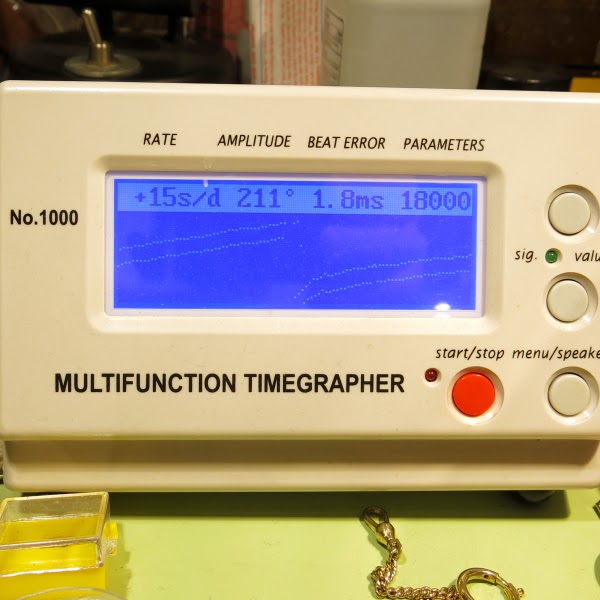 Since the balance cock and balance aren't original to the movement, I finally decided to throw in the towel and I installed a spare 987-F from the same period.  In fact, it's serial number is only about 4000 earlier than the 987-E so they're very close in age.  There's nothing wrong with dropping in a replacement movement if the movement is from the same period as the original.  In this case (pardon the pun) both movements are from 1935.

Here's the pillow shot of the finished project Ellsworth.  I can't imagine there are too many out there that are in better shape.  I didn't even polish the case so you can see a little of the only tarnish visible on the lower right lug. 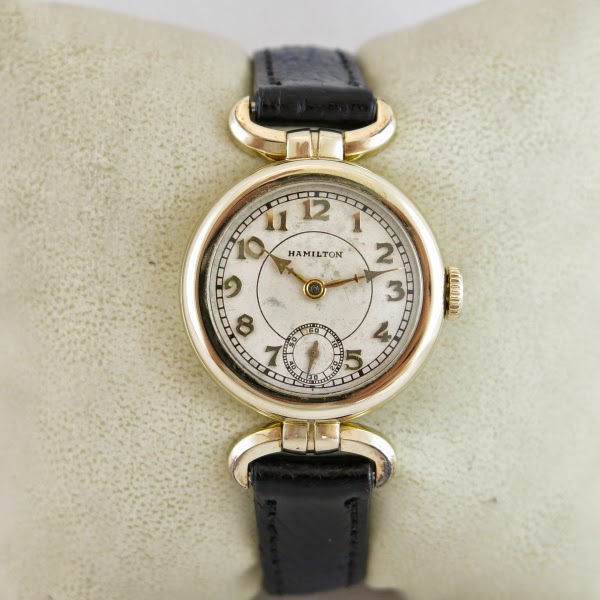 And here's a shot of the 987-F happily purring away inside the case.  Looks like it's always been there and there it will stay for the next 80 years (hopefully). 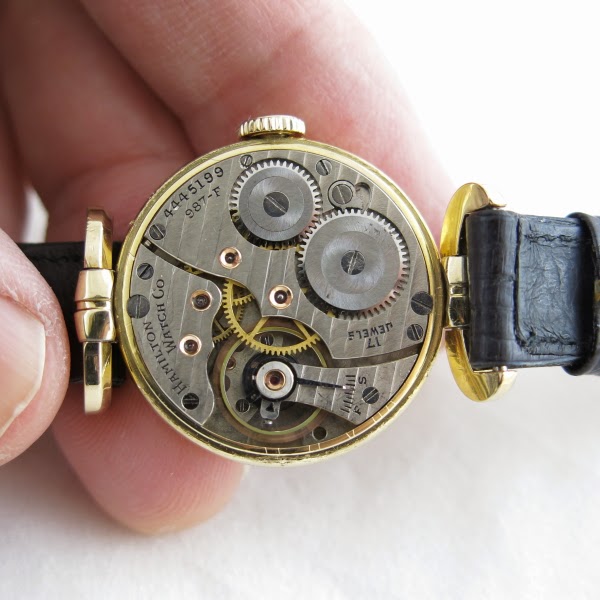