The mid-1950's was a period of great innovation in Lancaster, PA.  Over the span of just three or four years Hamilton introduced new models with self-winding movements, date complications and even the world's first electric-powered watch.  Many models were still made "the old fashioned way" but the watch industry in the United States was more competitive than ever.

Post-war Europe produced high quality movements at extremely competitive price points.  Eventually Japan joined in.  In fact, you might say it's still tough out there as the Chinese make many of the watch movements used today.

In 1956 Hamilton introduced the Automatic K-457.  It would be produced for three years. 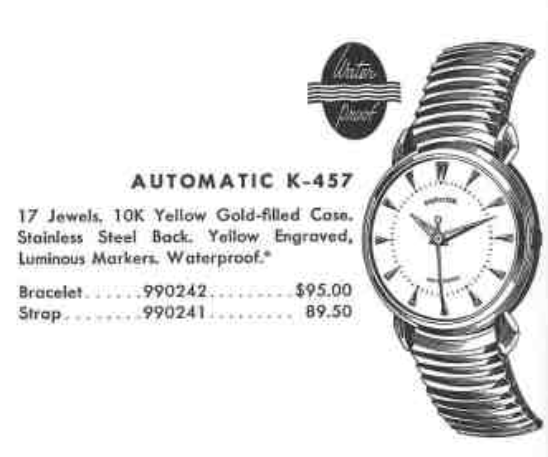 $90 may not seem like a lot today but back in 1956 that was equivalent to $790 today.  So the K-457 was not a cheap watch.  However, Hamilton trimmed costs by using a stainless steel back.

Like all Hamilton automatic models, the movement was Swiss-made.  In the case of the K-457 it's a 17 jewel 661 grade made by Kurth Freres.

I recently purchased a K-457 project watch and I thought I'd be able to work some great magic on it.  As arrived, it was not running and I couldn't even turn the crown to set the time.  What was really odd was the dial was toned on one side but not the other and it looked like it was a little smeared too. 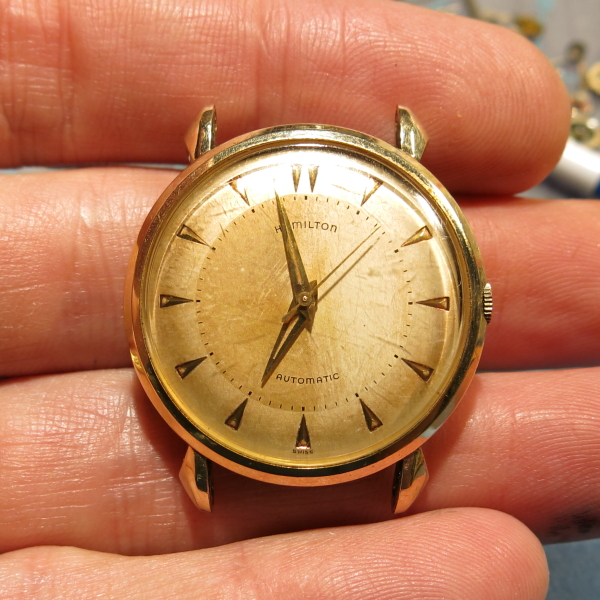 The screw-off stainless back was unremarkable - that's usually a good thing.  I hate to see when a back has been buggered up by someone hacking at it with something to try to get it open.  This case is in very nice shape. 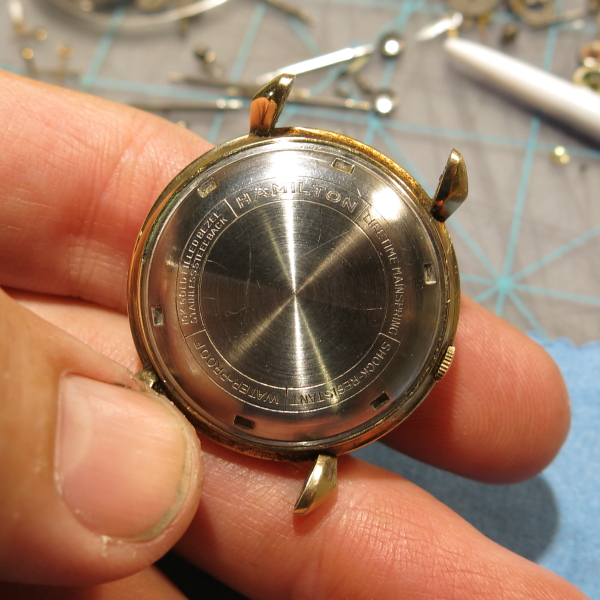 The movement is in great shape.  I could stand to be cleaned but otherwise there are no signs of rust or corrosion.  So what's the cause of the non-turning crown? 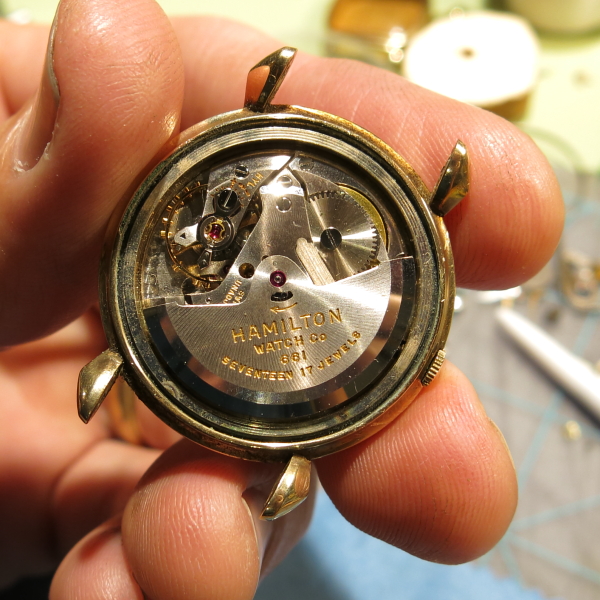 Here's a shot of the dial again without the crystal in the way.  It's really odd, isn't it?  It's almost like the dial was partially submerged in coffee.  If it was one consistent tone I'd be tempted to leave it as is but the 50:50 pattern is a bit of a distraction, in my opinion. 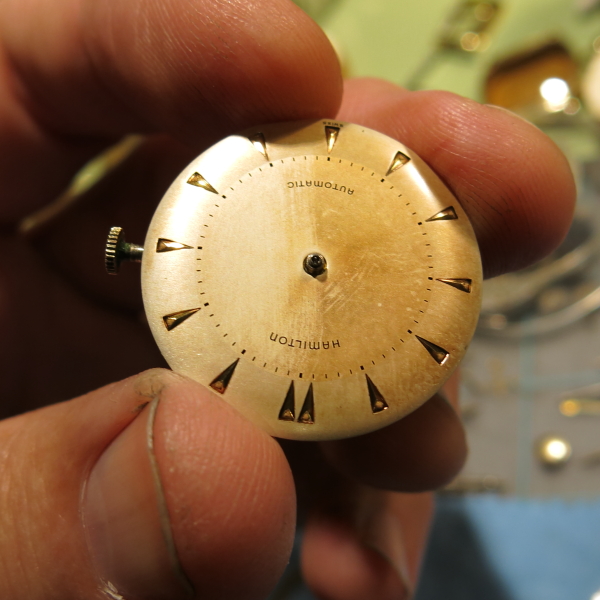 Here's a shot mid-stream of the reassembly process.  The toughest part of this movement is to get the large train bridge back in place.  3/4 of the back seems to be covered by the train bridge. 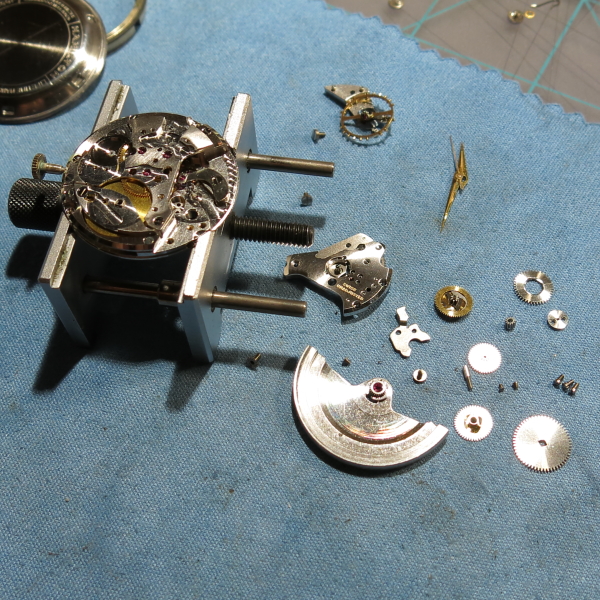 The movement is now running, without the rotor installed, so it's really just a mechanical hand-winding movement at the moment. 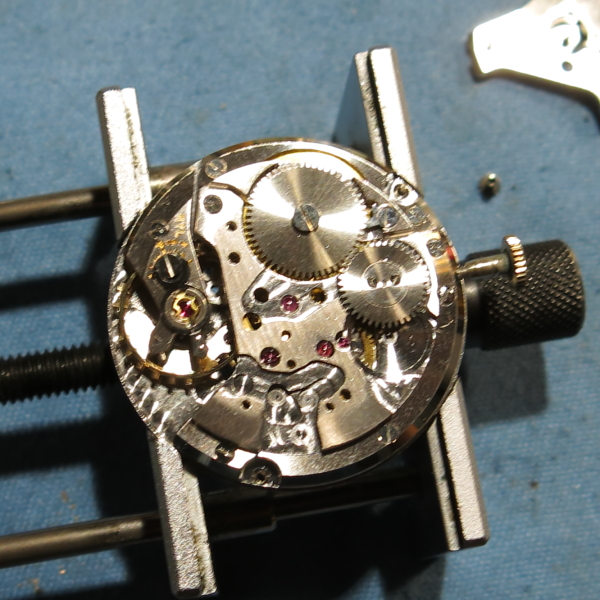 Nothing to complain about here... good amplitude, low beat error and just a smidge fast at 11 seconds fast per day.  It will slow slightly after it runs a while. 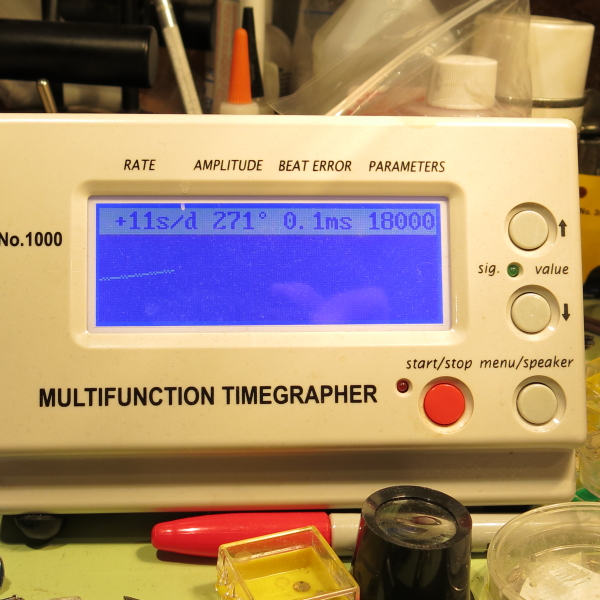 A new crystal is in order for such a nice looking case. 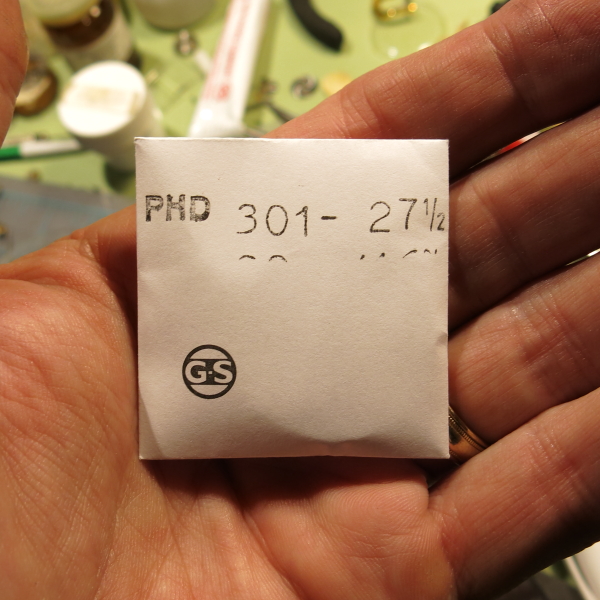 Well, cleaning the dial was a bit of a gamble and in this case it didn't pay off.  As the saying goes, "you pays your money and you takes your chance".  Despite the pasty uneven tone of the dial, it proved exceptionally resilient to being cleaned. 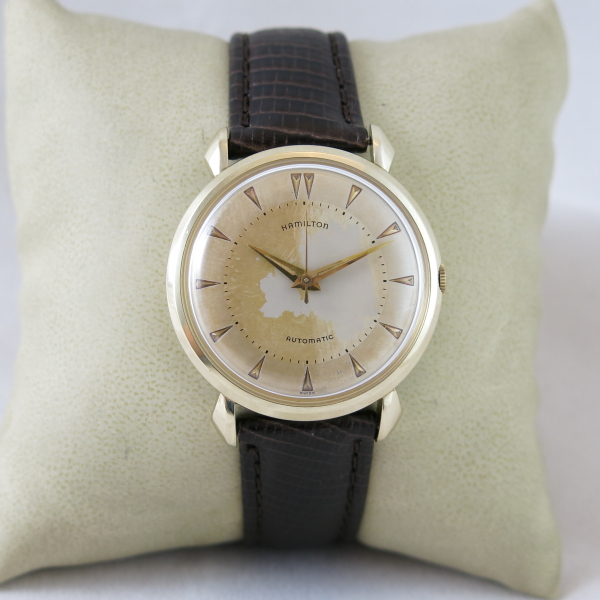 As a general rule, I never clean a dial that I'm not willing to get refinished.  I was almost certain that I'd be able to clean it up better than it was, and I did lighten it a little but eventually the finish started to degrade.  So I'll send this out to my friends at International Dial Co and see what they can make of it.  It's actually a fairly simple pattern... we'll see.

I sent the dial out to be redone and they did it with a two-tone silver butler finish.  It think it turned out fairly well although the border between the inner circle and the outer ring is a little wavy, as if it was done by hand.  The minute track is a bit heavy too.  It's not too, too bad though. 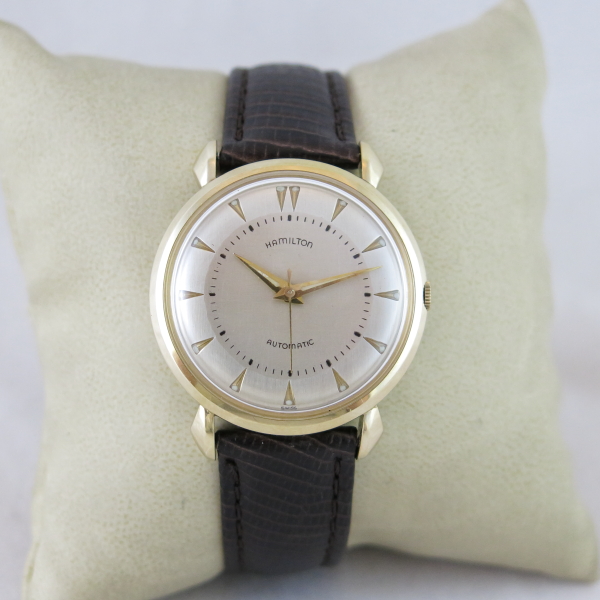