The A-503 is the only one of the three to come in a one-piece case.  The other two have separable case backs.  The A-503 also uses the 17 jewel 689 movement, where the other two use earlier ETA-based grades.

In addition to the one-piece stainless steel case, the A-503 is also identifiable by the bracelet, assuming it has one, as the bracelet for the A-503 was different than the earlier VIII models.

I recently received an A-503 project watch along with it's original bracelet.  This bracelet is made by Admiral.  Overall the watch is in good shape.  The dial has toned a little but I think that's mostly the lacquer on the dial so it can't really be cleaned without losing the printing.  So I'll leave the dial and hands as they are but the rest can go into the spa. 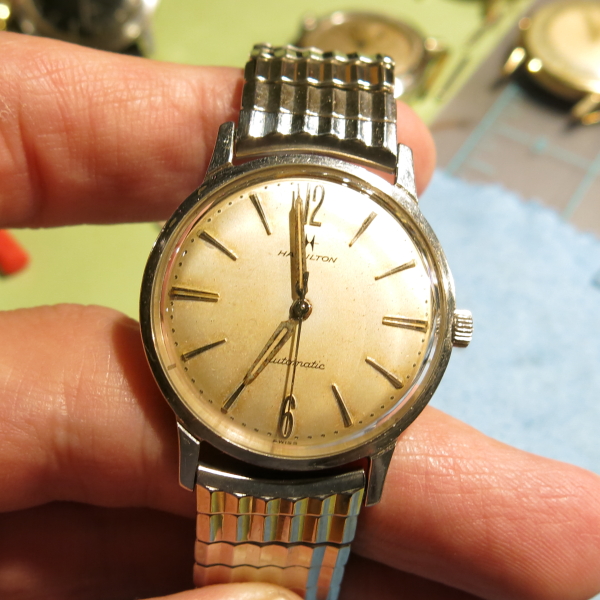 The watch has a 689 movement but I'm not sure this is the original rotor.  The main difference between the 689 and 689A is the oscillating weight carrier covers the balance on the 689.  You can see that this watch has the balance exposed - so it might be a 689A carrier with a 689 weight.  It's not a big deal one way or the other but it's an interesting bit of trivia. My photo of the disassembled movement was blurry so I'll skip to the reassembled movement ticking away nicely.  Notice this watch has the longer two-piece stem.  Watches with this movement sometimes use a shorter stem or a longer stem, depending on the case design.  That's a good thing to know if you need to replace the movement.  Since this watch appears to be ticking with good motion, tt's off to the timer to see how well it's running. 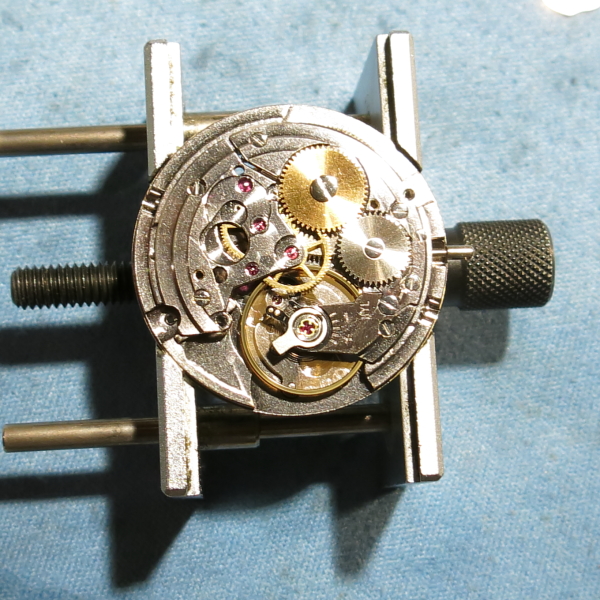 The beat error of 6.3ms is way too high, especially for a movement like this one, where the beat error is so easily adjusted. 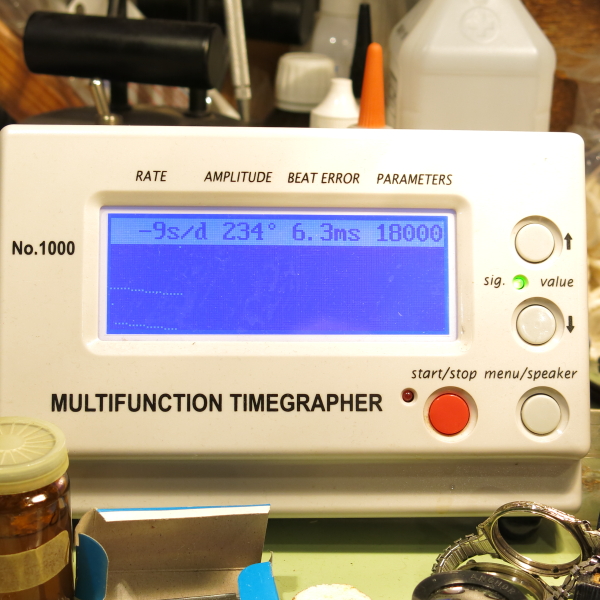 The two parallel lines collapse closely together as the beat error approaches zero.  As you can see, I've reduced the error to near zero and sped the watch up slightly so it's running just a smidgen fast.  It will slow as everything settles back in. 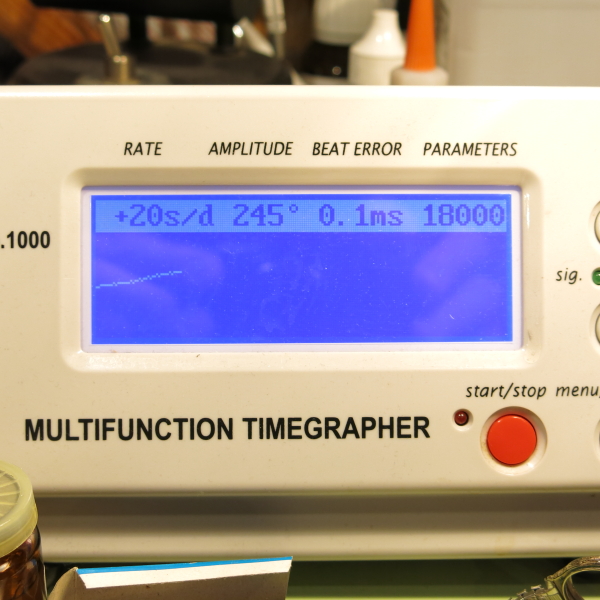 This bracelet is a little short for my pillow shot so the links have opened up slightly.  You can also see the golden patina of the dial - it's nice and even so it's not a distraction and wouldn't warrant getting the dial refinished. 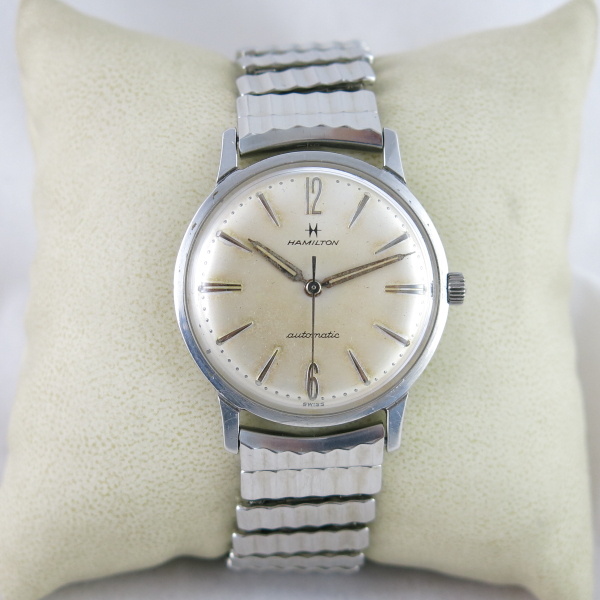