It was fairly common for jewelers to recase Hamilton movements in private label cases.  That was partly because Hamilton movements could out last their original cases.  But sometimes jewelers felt they could make more money recasing a movement from a Hamilton gold filled model into an aftermarket solid gold or platinum case.  Often these watches were ornamented with diamonds too and you'll regularly see them for sale on eBay with ridiculous prices.

You need to make sure the case is properly marked "Hamilton Watch Co, Lancaster PA" inside the case back or you should assume it's not a legitimate, authentic model.  It will usually say Hamilton on the outside of the case back too.  So caveat emptor if you're in the market for a diamond encrusted Hamilton watch. 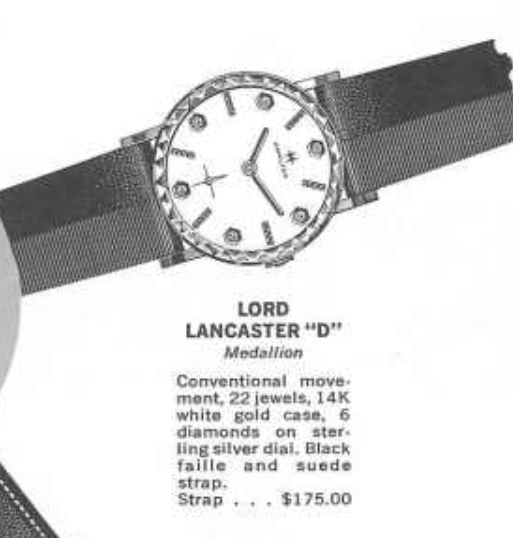 The Lord Lancaster D came in a 14K solid white gold case.  It featured Hamilton's top of the line movement, the 22 jewel manual winding 770.  The sterling silver dial featured 6 diamonds along with unique faceted markers.  The strap that it came with was black suede with faille - a finely woven silk-like fabric.  Priced at $175, the Lord Lancaster D retailed at almost $1,400 in todays currency.  It was not an inexpensive watch and you don't see too many of them in the wild.

I recently spotted a Lord Lancaster D and snagged it when I had the chance.  I wasn't sure it was a Lord Lancaster model at the time, as there are other earlier models with these same dial features like the 1956 Casino. 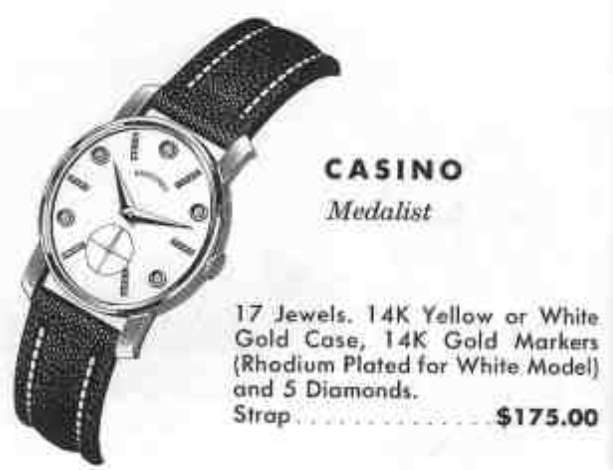 My watch, as received, was missing the faceted crystal which added to the model uncertainty.  The lugs though are clearly correct for a Lord Lancaster D so I wasn't confused for long.  Other than a little dirt, it wasn't in too bad of shape overall. 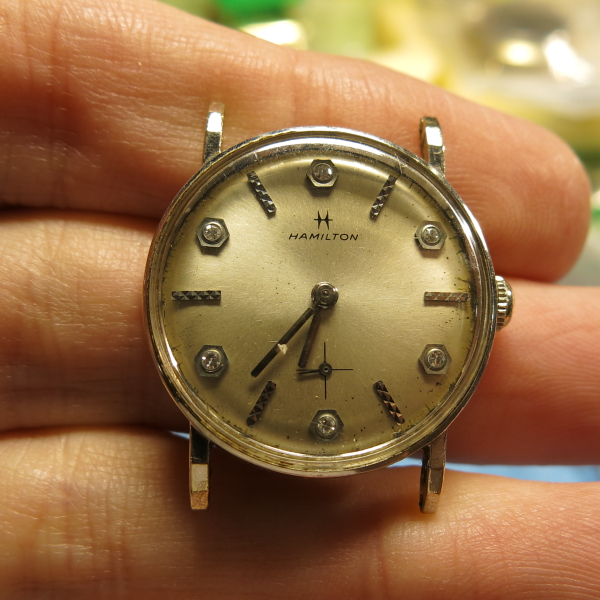 The case back was rather odd and had a yellow tone to it.  I put some simichome on a Q-tip and the yellow came off.  Although pure gold won't tarnish, 14K gold is only 56% pure and what it's alloyed with can tarnish and it's not usual for different alloys to tone differently.  In fact, some of the earliest solid while gold models came in 3-piece cases and the individual case parts often toned differently.  But a little polish brings them all back to bright white.

The scratches on the case back make me wonder if there was an inscription here at some point but I don't see any other evidence that there was. 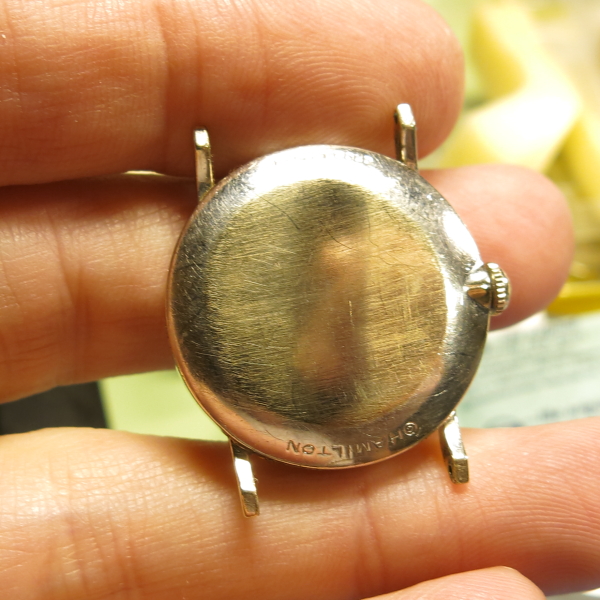 There's a little slit on the side to slip my case knife into and pry the back away from the front bezel. 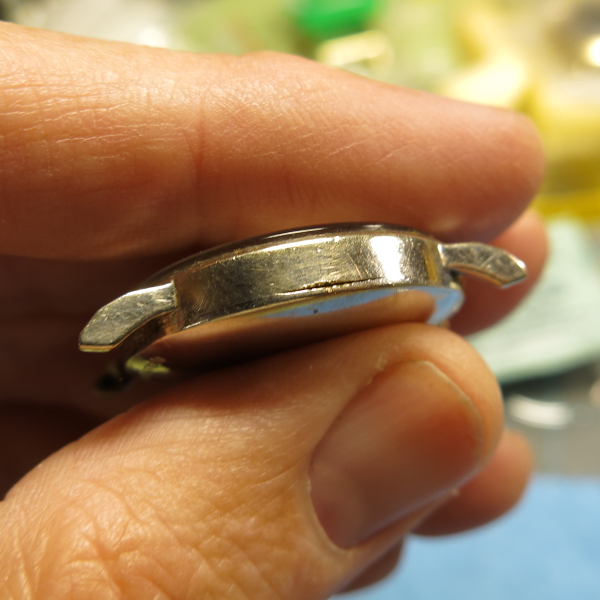 Although the movement looks good, the general haze on it indicates that it's been a while since it's been through a cleaning. 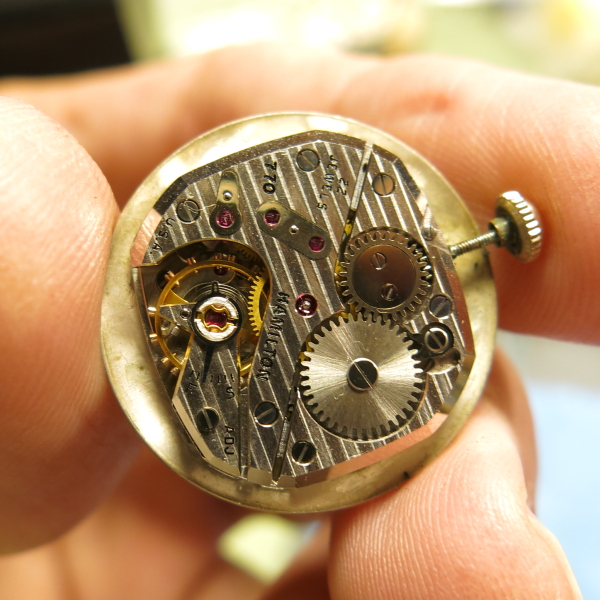 I only see one watchmaker's mark inside the case back.  One cleaning in 54 years?  Hopefully it sat in a dresser drawer for most of that time. 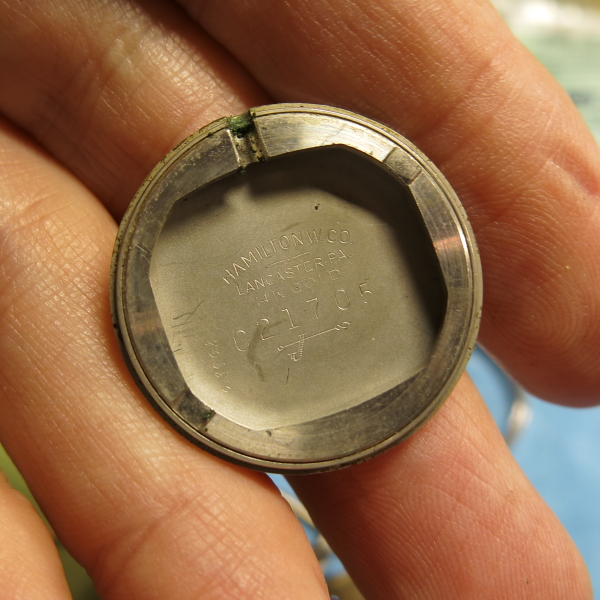 I love the 770 movement.  It's a breeze to work on after monkeying around with microrotors and other automatic movements.  They can still have their challenges, or course, but the 770 was extremely well thought out. 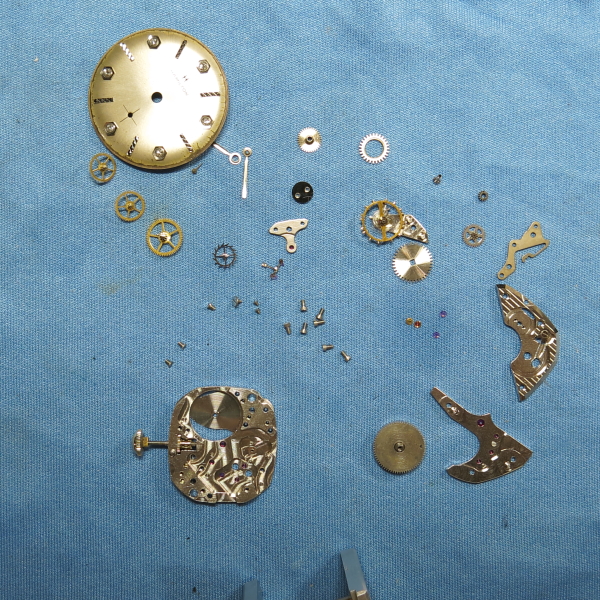 This model takes a special crystal and using the correct one should make a big difference in the look of the finished project. 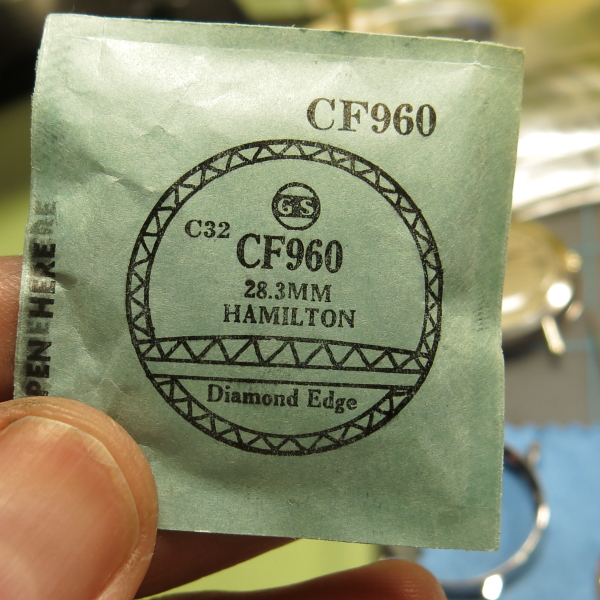 The movement is back together and appears to be running okay.  Notice how much bright and shinier it is now that it's been cleaned. 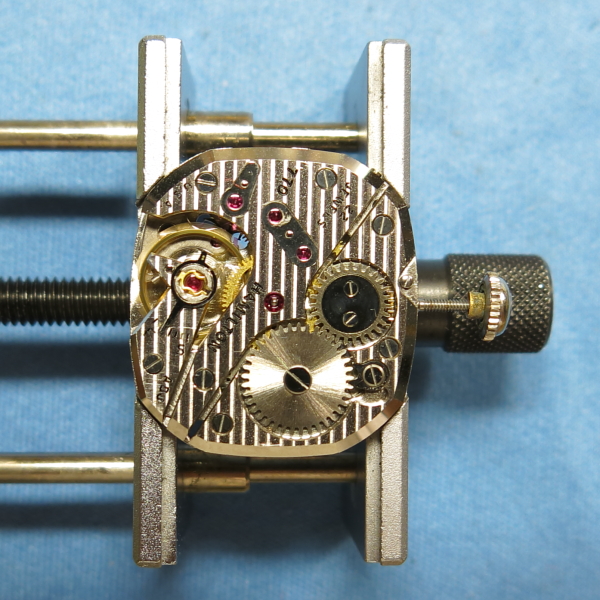 Hmm... something is making a little extra noise inside so I'll reclean the hairspring and check the pallet fork. 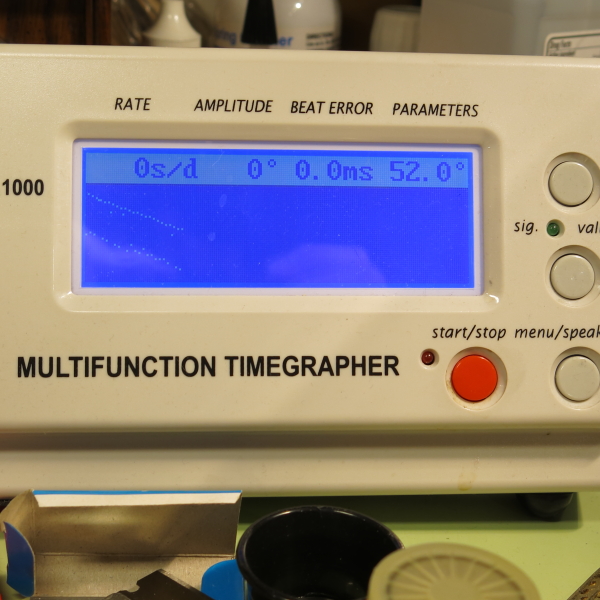 There... that's much better.  This watch is running like a dream now.  I'll leave it running a little fast while it settles back in. 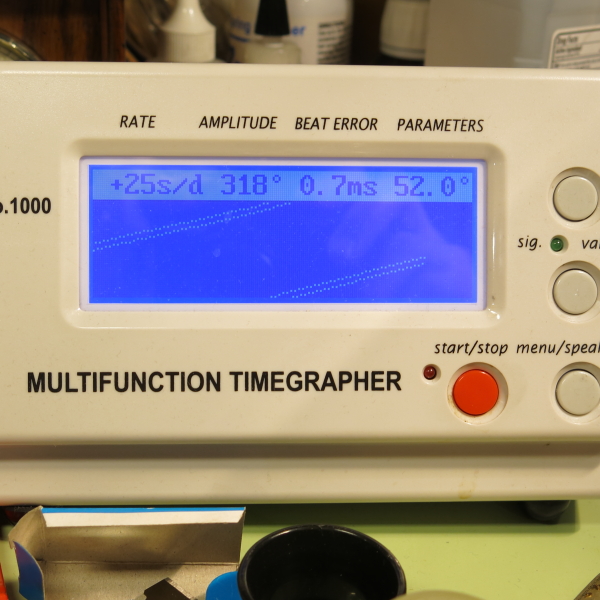 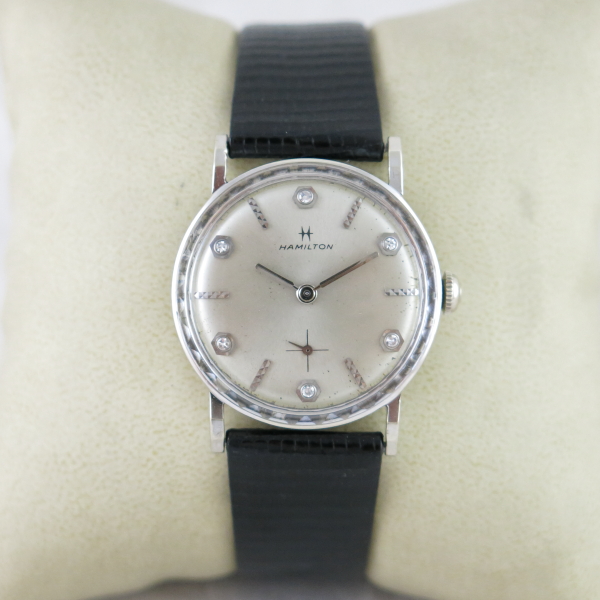 This watch is not terribly large and could definitely be worn by a woman by today's standards.  I'm very pleased with how this watch turned out.  I'll have to hide it from my wife or it might go missing. 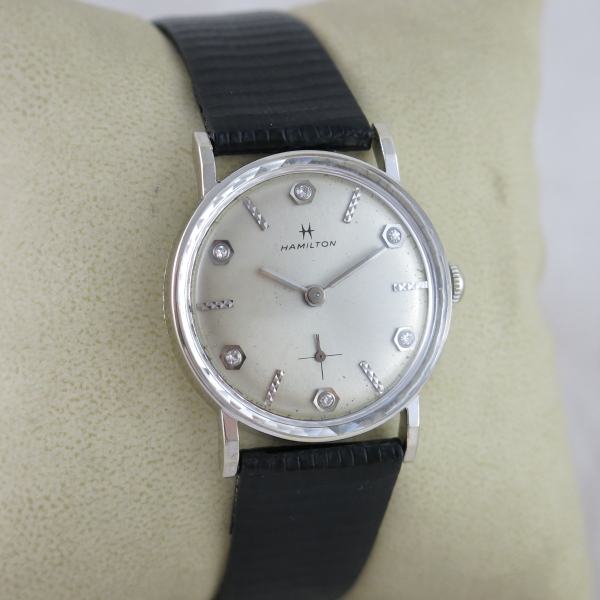