Hamilton's production was dedicated to WWII military needs in the first half of the 1940's.  As such, new models introduced in 1941 only had a brief period of production before the war and some of them were not continued after civilian production resumed.  One of the brief one-year-wonders from 1941 was the Rodney. 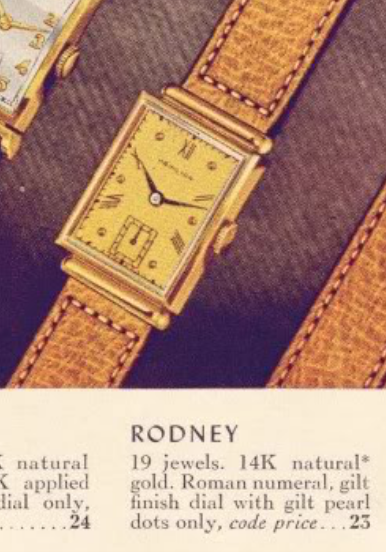 A coral version of the Rodney was also produced with a 14K rose gold case and a similar coral finished dial. 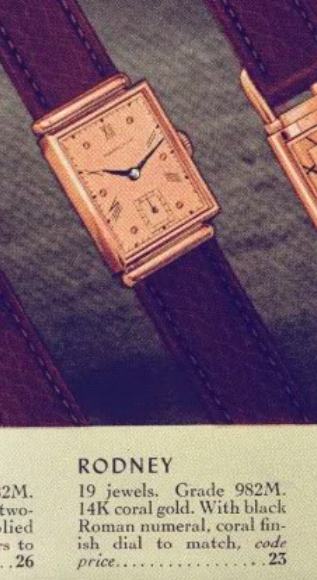 Both versions of the watch are relatively hard to come by.  Each is outfitted with a 19 jewel 14/0 sized 982M movement under the hood.  If the Rodney looks familiar to you, it may be because it looks similar to the 1948 Hayden which is much more common... or should I say the Hayden looks like the Rodney, since the Rodney came first.  Of course, the Hayden is gold filled and had a cylinder crystal along with an AGN dial - so it's very different from a Rodney when you look closely. 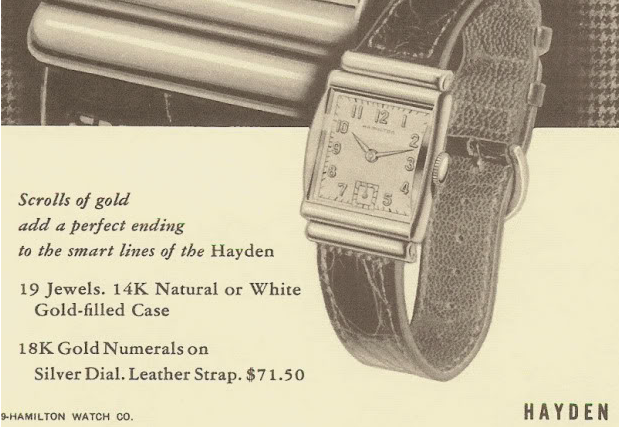 I recently came across a Rodney for sale and I jumped at the chance to get it since unrestored versions are hard to come by.  As received, it was very dirty but looked to be in decent condition.  The dial is a bit grungy but I thought it might clean up okay. 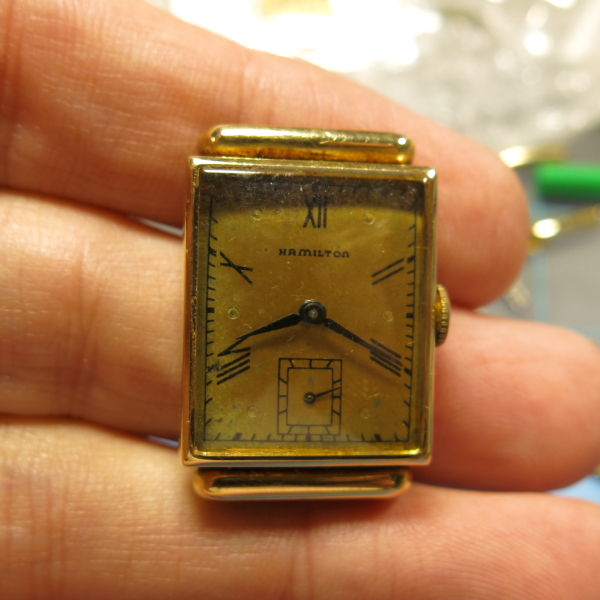 Interestingly, the Rodney has male lugs and requires female spring bars.  I think this may be the last model to feature this type of lug design, although there are lots of 1930's models with this feature. 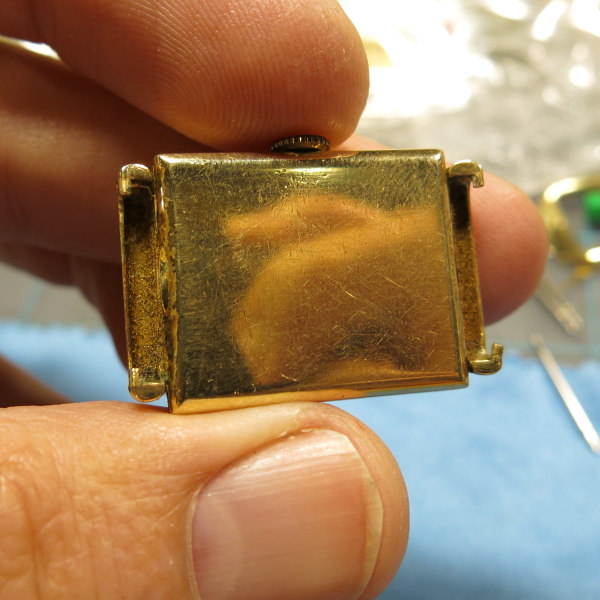 This 982M movement looks fairly unremarkable and just as it should.  I love the big gold medallion that these earlier movements had.  Later 982Ms lost the medallion and aren't quite as impressive looking.  Although the 982M is identical to the regular 982 in all major aspects, the 982M is very attractive movement with the gold lettering, medallion and bright damascening. 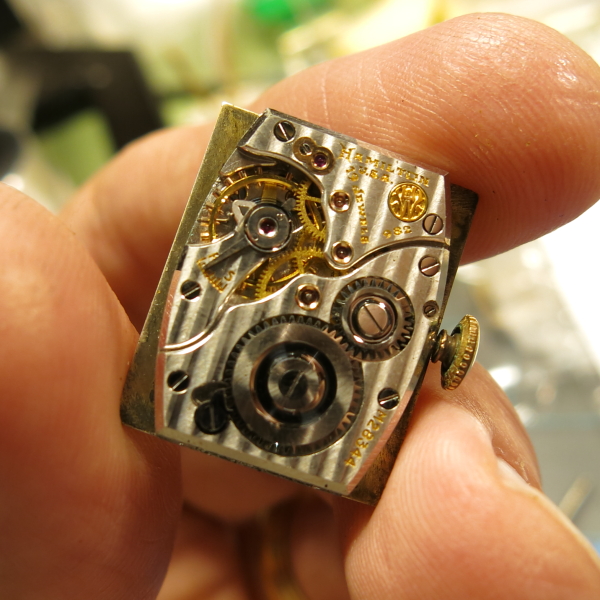 I'll prep a new glass crystal for installation while the rest of the parts are in the cleaner. 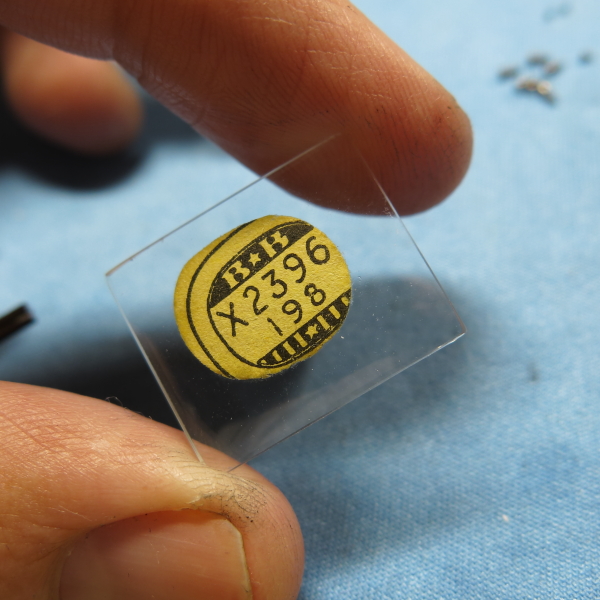 The mainspring in the watch is a white alloy spring but it has set and lost a lot of it's energy.  I'll replace it with a fresh mainspring. 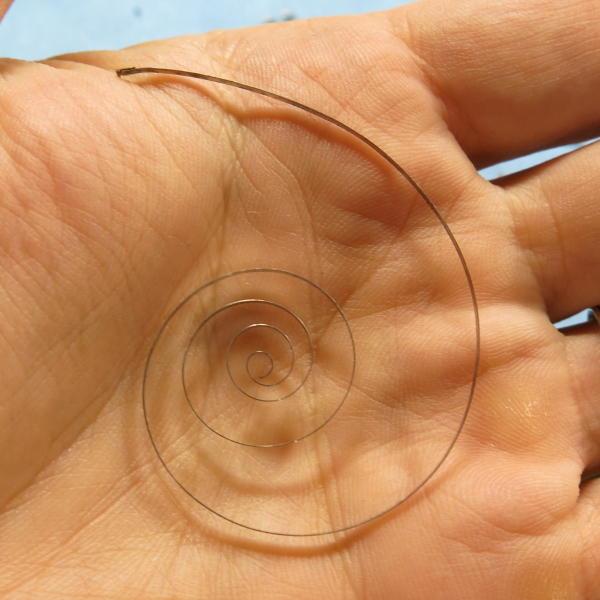 Notice how a new mainspring splays out much further and actually coils in the opposite direction.  It will store a lot more energy.  This watch should run in excess of 40 hours on a full wind with a fresh mainspring like this. 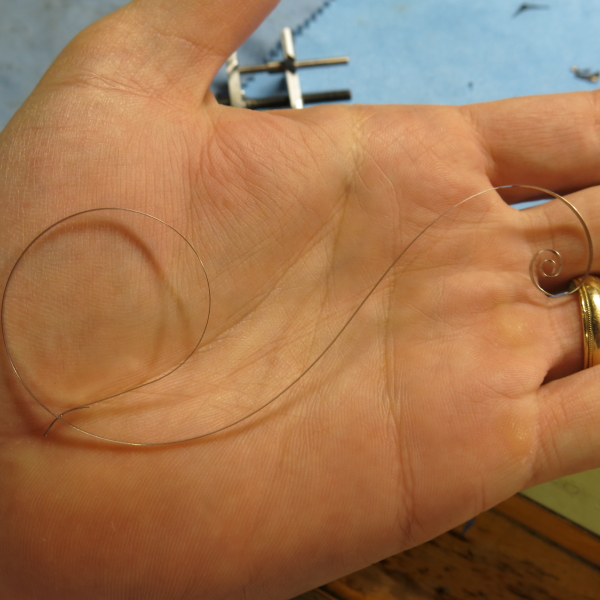 Everything is cleaned and dried.  Reassembling a 14/0 movement like a 980, 982 or 982M can be a challenge and more than a few pallet fork and escape wheel pivots have been broken over the years during reassembly. 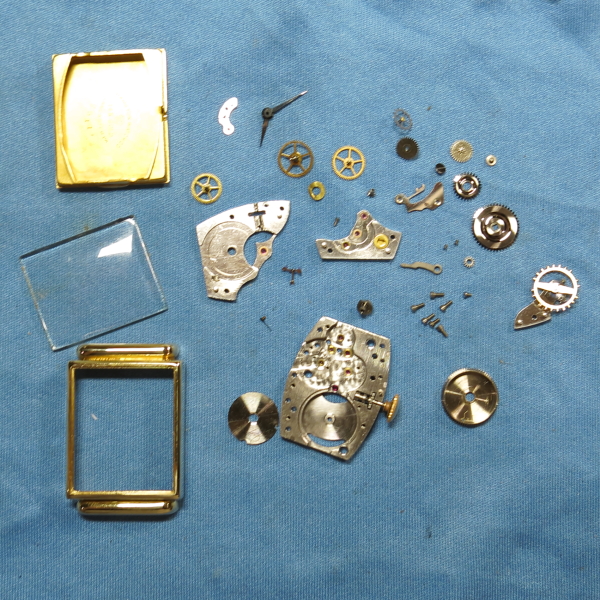 The reassembled movement is ticking away with good motion so it's off to the timer to listen to it's ticking. 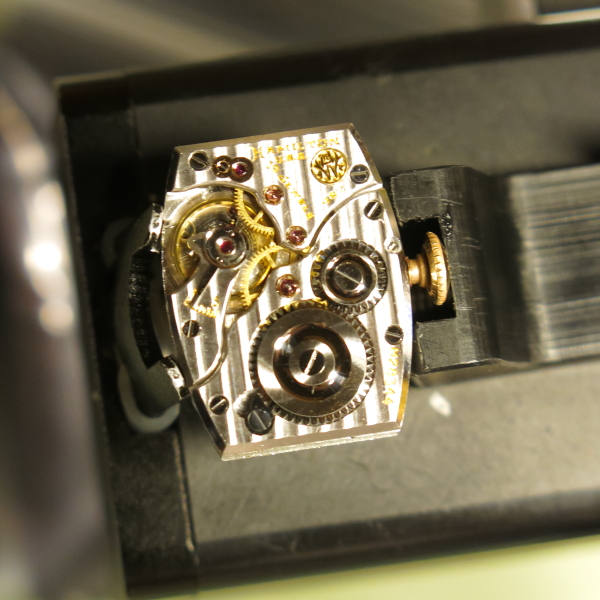 It's running a little fast according to the timer but if you look at the photo above, you can see the regulator index is moved toward the fast end of the range. 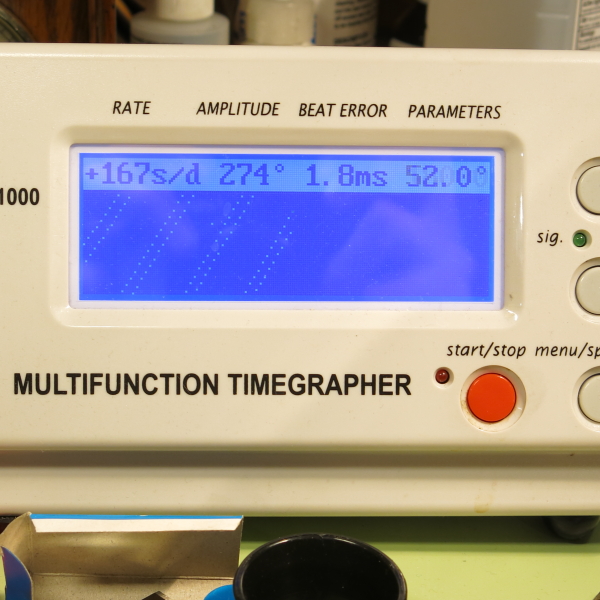 Sliding the regulator index back toward the center adjusts the beat rate to be right in line with the desired 18,000 beats per hour. 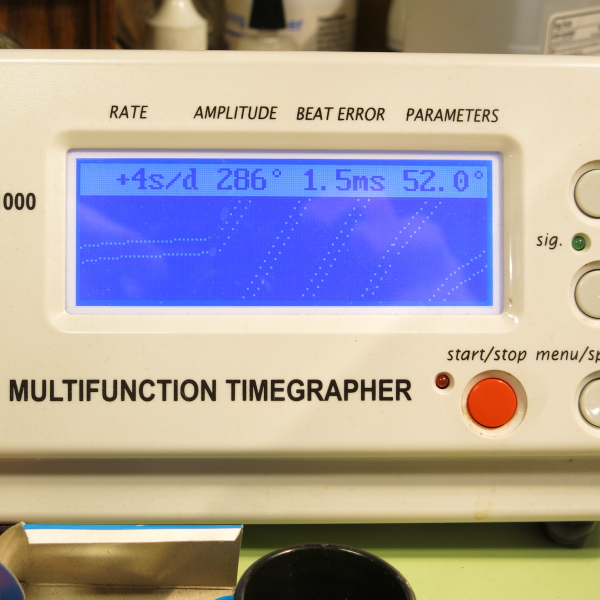 I'll pull a fresh set of spring bars out of the vault that stores my meager stash behind 8 inches of hardened steel and is guarded by my two trained dobermans, Zeus and Apollo.  These spring bars are very hard to come by. 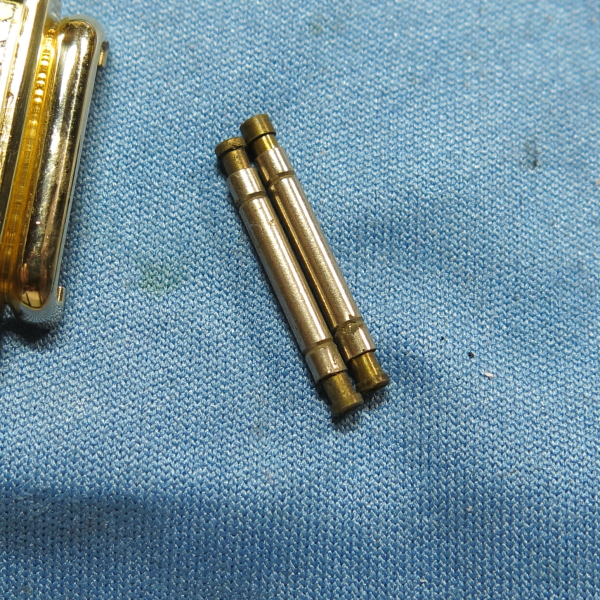 A period correct Gemex strap completes the restoration of this all original 1941 Rodney.  I was able to clean up the dial nicely and the printing loss in the upper left was actually missing when I started.  This dial looks just as it should for a 76 year old watch and even though it doesn't looks perfect, it's nowhere near worthy of being refinished yet, in my opinion.  I think this turned out to be a very nice example of an uncommon Hamilton model. 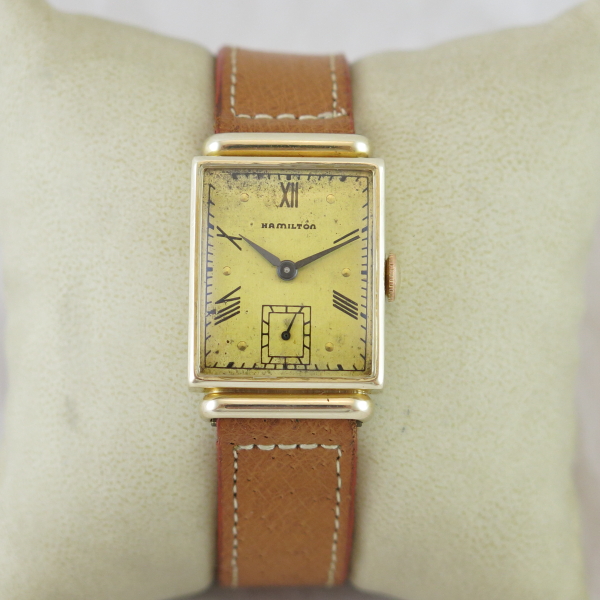