Well, one answer is when it's a Vantage watch as I've posted before.  Vantage models don't say Hamilton on them anywhere, but they were made by Hamilton-owned factories and shown in some of the Hamilton catalogs.

Another answer that is also accurate is sometimes when it's a ZentRa Savoy. 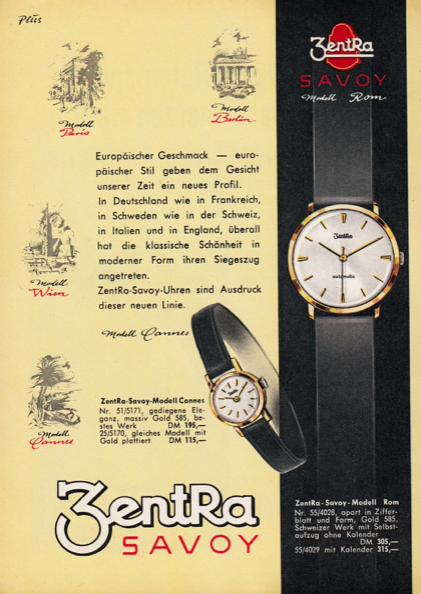 As I understand it, ZentRa was a watchmaking association, or co-op, that provided ZentRa-branded merchandise to German jewelers who purchased from the association.

ZentRa made a variety of watches for the German market and some, specifically from the 1960s and 70s, look surprisingly like Hamilton models... that's because they are.  However, not all ZentRa models are Hamilton-made, just some of them.  Typically they are branded with Savoy, which is a premier level of product.  If you look for ZentRa Savoy models you might recognize a few that look like a Fountainbleu or Aqua Date.

A Hamilton friend of mine from Germany actually discovered the connection on these interesting models.  In fact, he put me on to a watch for sale on eBay in the USA and I was able to purchase it for an excellent price.  That may have been because no one knew it was a Hamilton or it may have simply been because it's a little beat up.  Regardless, check out the font for "automatic" on the dial below... does that look like a 1960's Hamilton? (sure does) 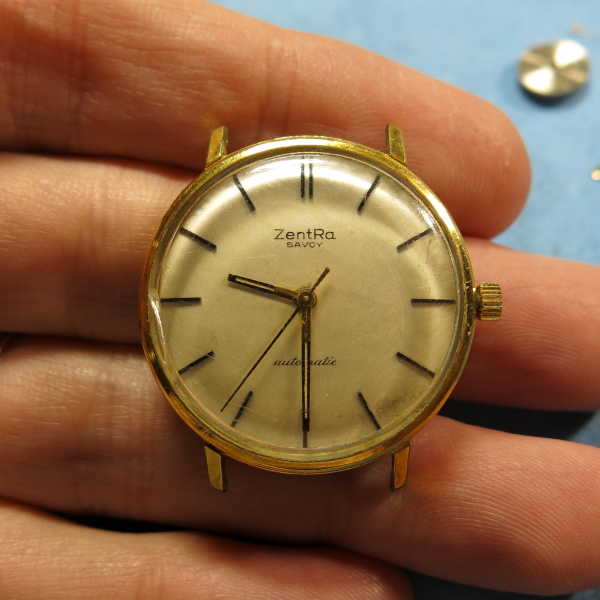 The back of the watch pops off and it's a little hard to see the numbers on it but one of them is 63012-4.  I haven't seen that watch in Hamilton form (yet) but there is a 63022-3 that looks just like it but in stainless steel. 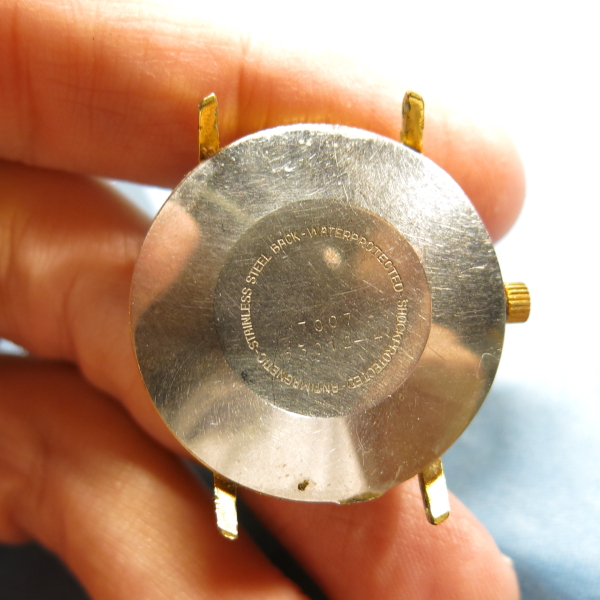 The bezel is stamped between the lugs with the Hamilton logo and PLAQUE G 20.  PLAQUE means plated, G means Galvano, for electoplating, or maybe Gold (I'm not sure) and 20 means 20 microns. 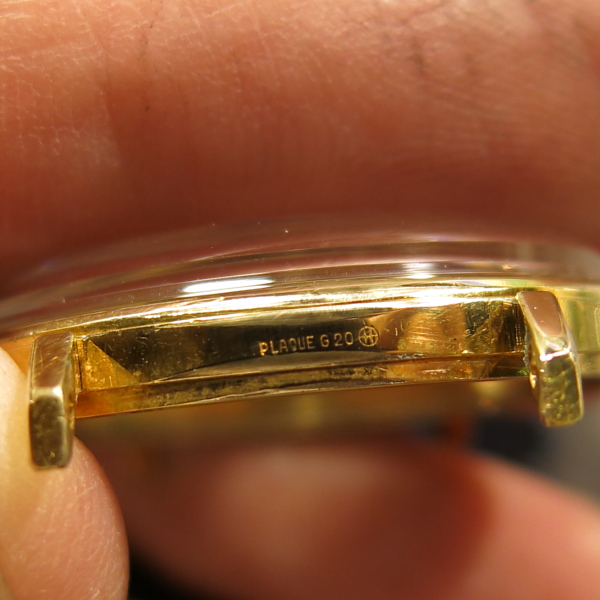 There's no doubt this is a Hamilton case.  Check out the big stylized H inside.  That was lifted from Huguenin when Hamilton acquired them in the late 1950s.  If you look at Huguenin watches from the 1960s they often have that same logo.  I guess that's a third answer to my original question. 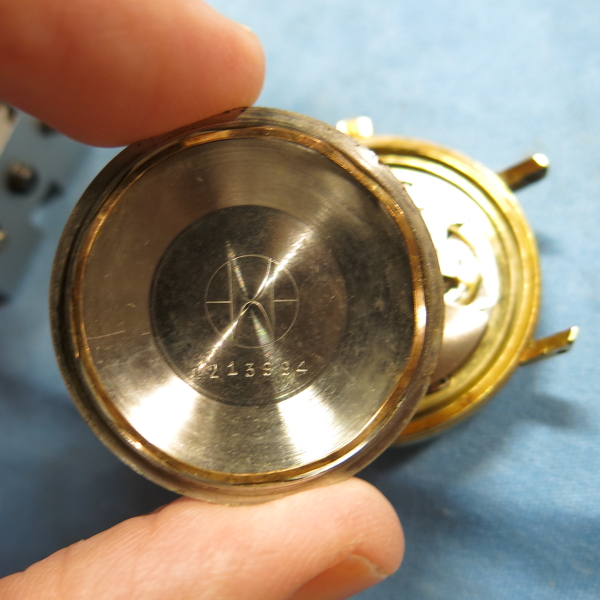 This movement is definitely a Hamilton too.  It's a 21 jewel version of the 17 jewel 689A and is based on the Hamilton calibre 63.  The calibre 64 has the date complication. 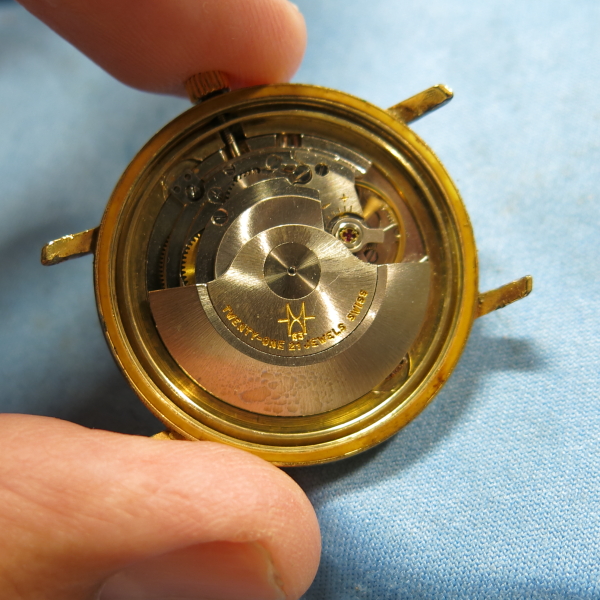 There's a little bit of rust under the dial around the mainspring arbor as well as the offset center wheel.  I'll need to make sure that I get that area very clean so there's no extra friction introduced. 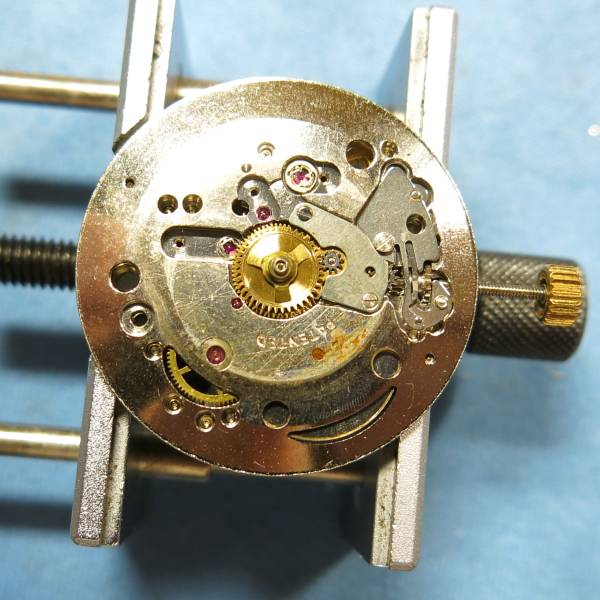 With the rotor out of the way you can tell this isn't a model for the USA - it's missing the import code, "HYL", on the balance cock.  Somehow this watch made it's way to the US "unofficially" over the last 50 years. 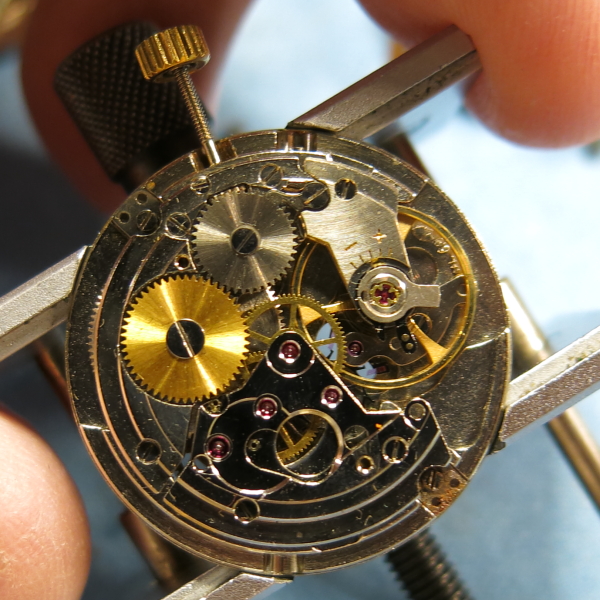 Everything is cleaned and ready to be reassembled.  A little polishing has made the writing on the case back much more legible. 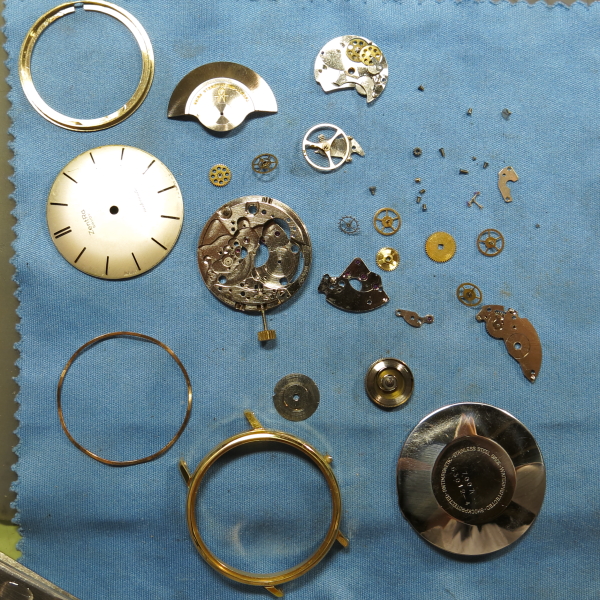 The reassembled watch is ticking away with good motion.  Now it's off to the timer to see how well it's running. 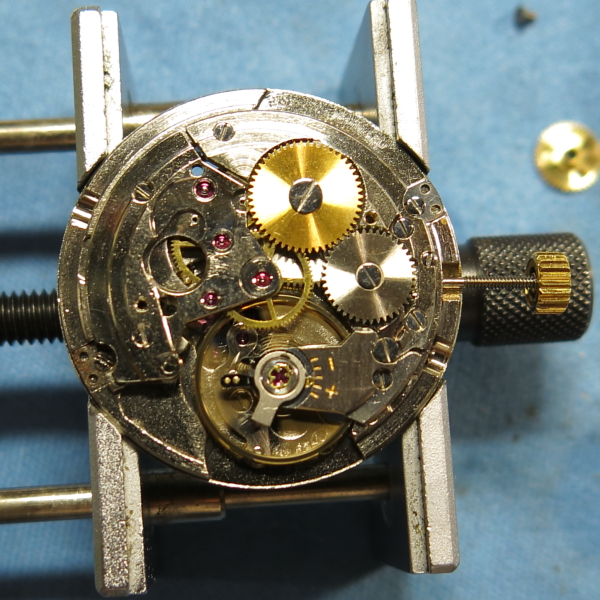 Not too bad at all.  However, the beat error is so easy to adjust, why not reduce it a little? 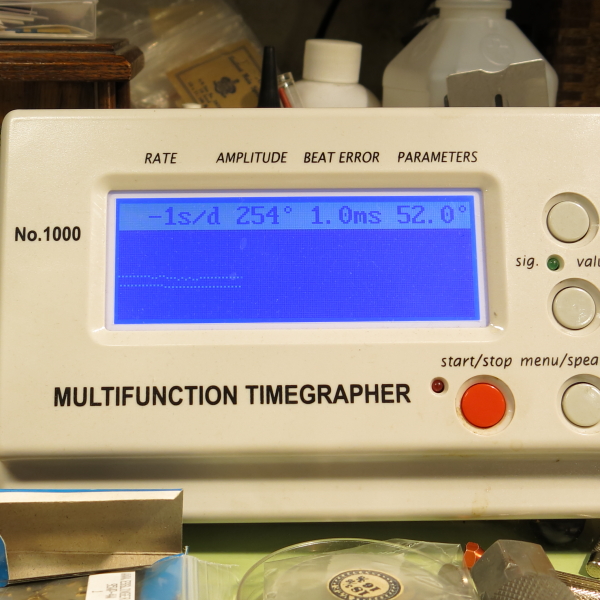 Alrighty then... that'll do very nicely. 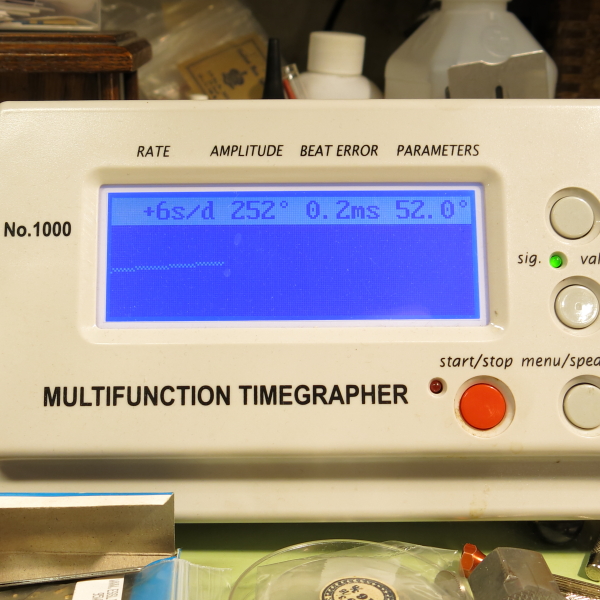 I definitely need to replace the crystal because the original was cracked.  31.4mm is a BIG crystal for a vintage watch.  Most models are under 30.8 or and typically under 30mm. 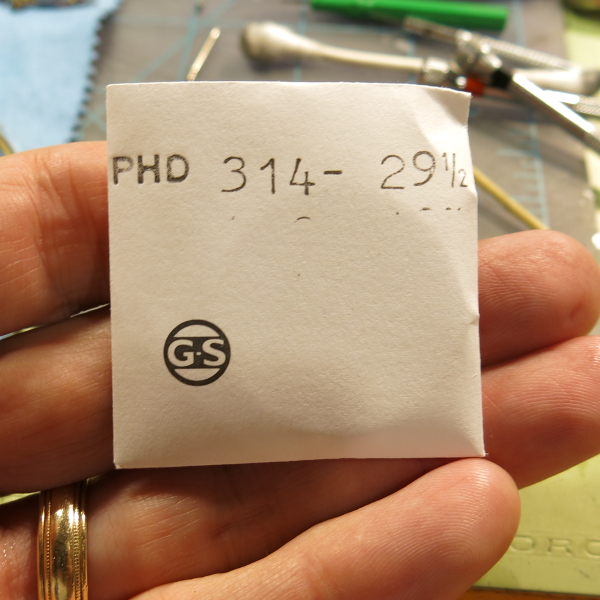 With a new crystal you can see the dial has a couple of marks around the perimeter.  The hour markers are black and the hands have black highlights to match. 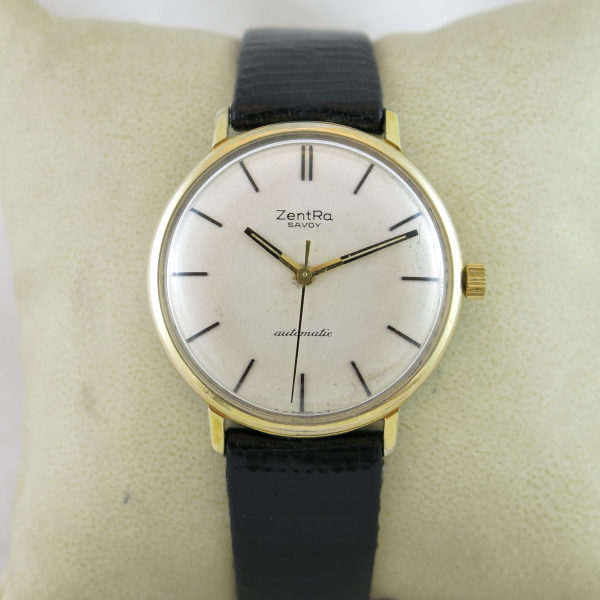 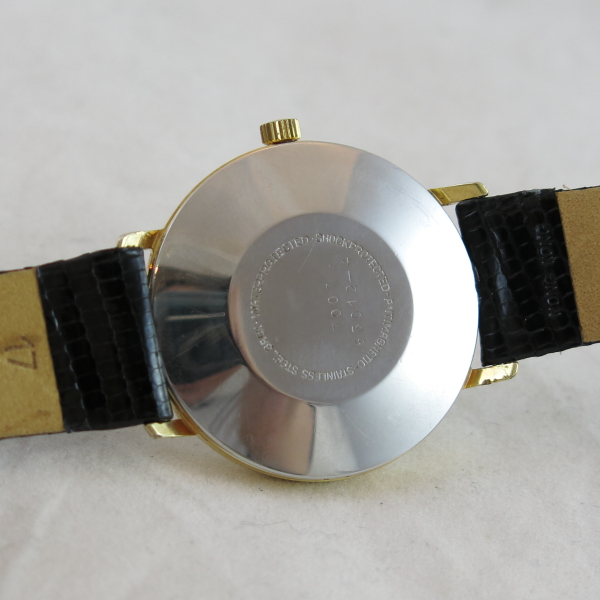