Hamilton had a special relationship with Buren in the 1960's and eventually ended up acquiring the Swiss watch company.  Buren movements were very thin and they were often used in the Thin-o-matic and Thinline models.  I say often because other makers like ETA and Aurore Villeret also provided movements for "thin" models, especially in the earlier 1960s.

The Thinline 4004 is the fifth Thinline model to have a gold filled case, hence the 4004 designation.  Why not 4005?  Simply because the first one was the Thinline 4000.  It came only in yellow gold filled.

I recently picked up a Thinline 4004 and it caught my eye because it had its original box and bracelet.  As you can see in the photo below, it's seen some wear but it also came with another aftermarket bracelet and I think that is what was on it most of the time, as the original bracelet looked new. 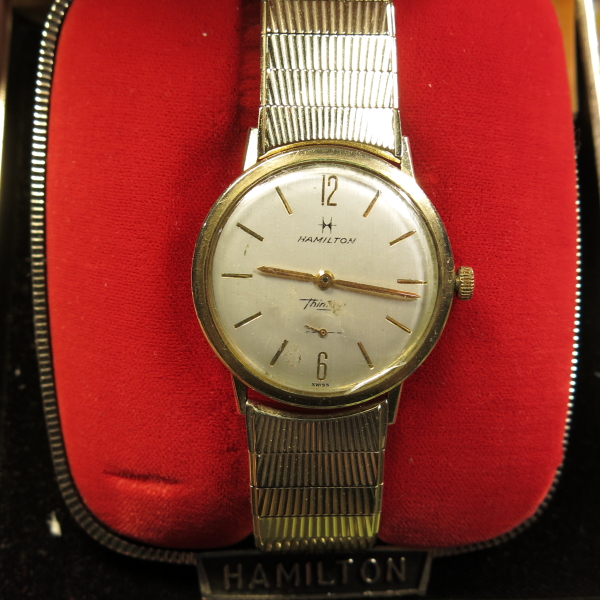 At first I thought the dial might be incorrectly refinished since there are no vertical marks on the seconds cross hair.  But if you look at the catalog image that is what it is supposed to look like.

As you can see, the crystal on my project watch is cracked and will need to be replaced. 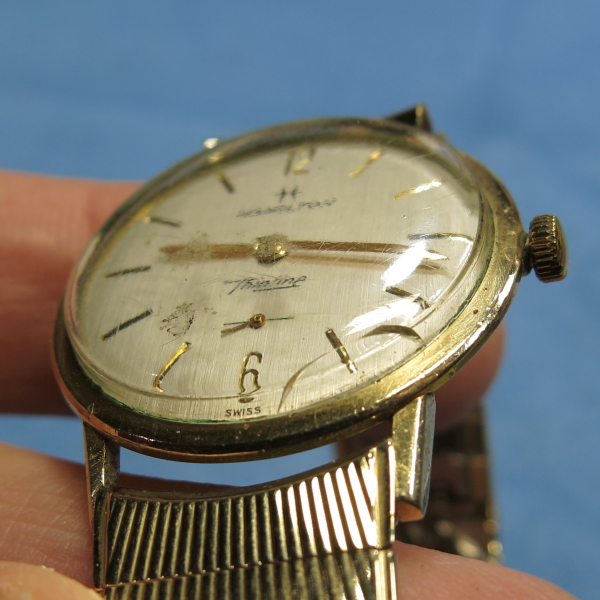 The Thinline 4004 opens through the crystal.  Without the crystal blocking the view, you can see the dial has a unique vertical texture and would be difficult to get refinished correctly.  There's a little mark between the 9 and 10 markers but I think it's just dirt. 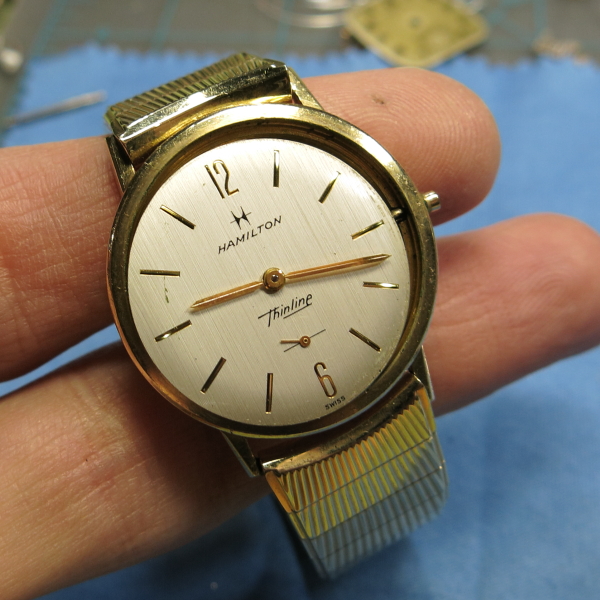 The 687 movement appears clean but that doesn't mean there's any oil still inside. 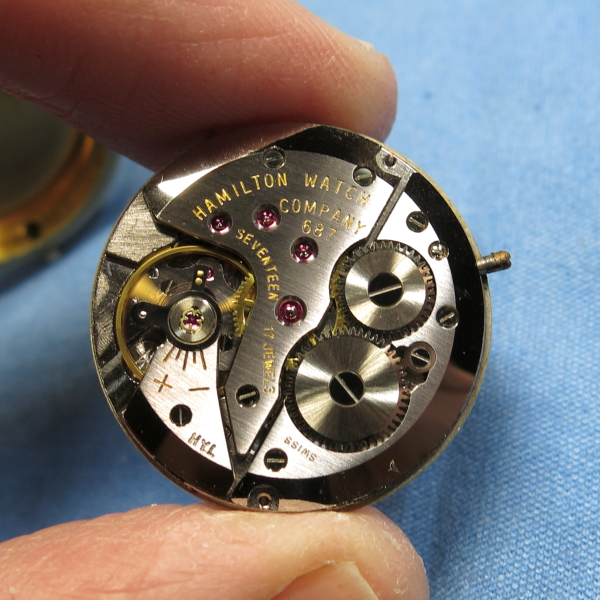 A new crystal in the 28.0 mm range should work nicely. 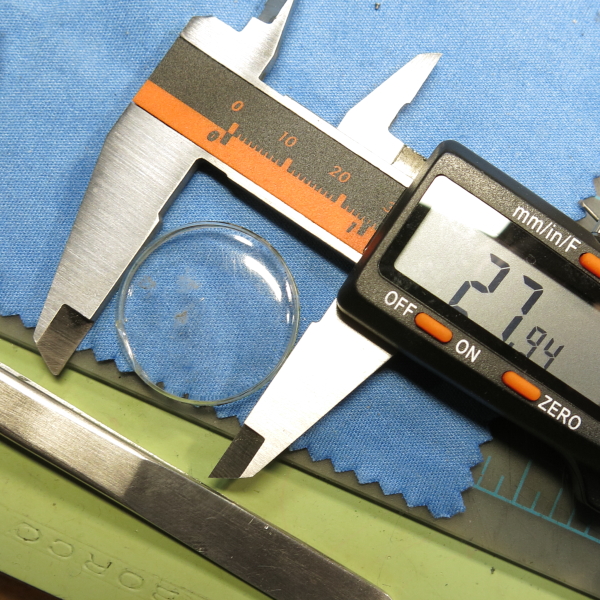 Everything is cleaned and ready to be reassembled.  These movements are very easy to put back together.  Since the movement is so thin, the wheels have very short arbors.  That means the train bridge almost always just drops right into place. 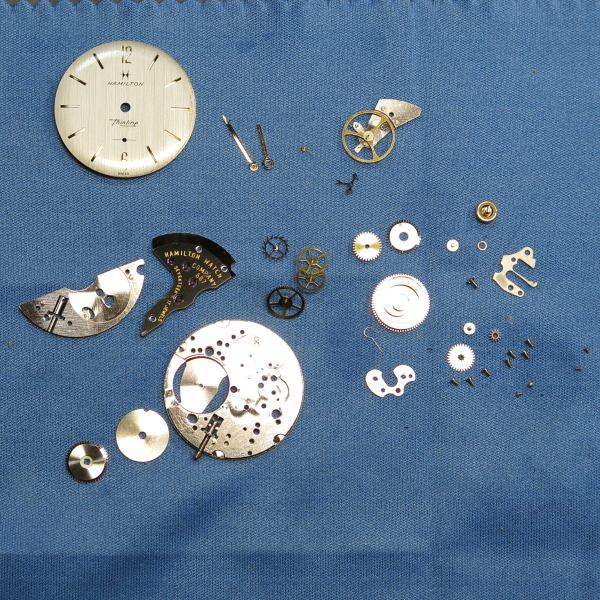 The reassembled movement is on the timer and ticking away with good motion. 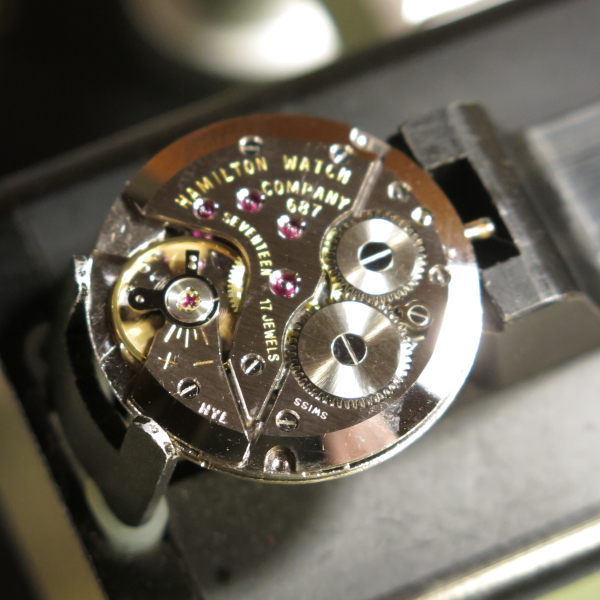 Not too shabby.  The amplitude is a little low but I haven't wound the movement up fully yet.  The beat error of 0.8ms is very good but I can easily lower it even further. 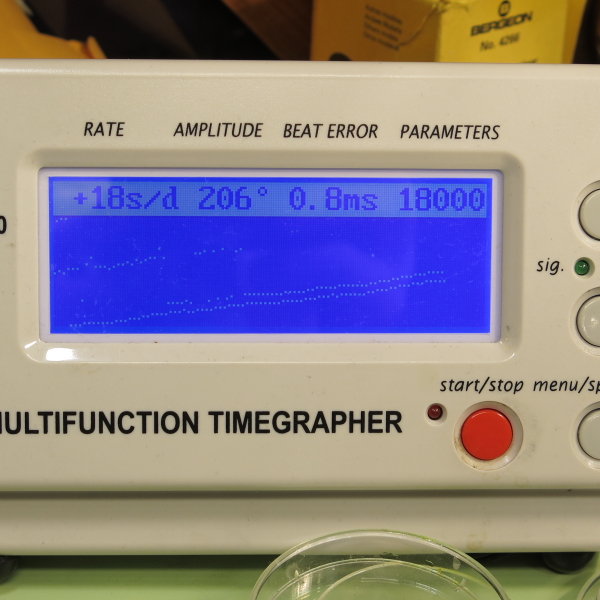 There... that's much better.  I'll leave it running a little fast for now as it should settle down after a while. 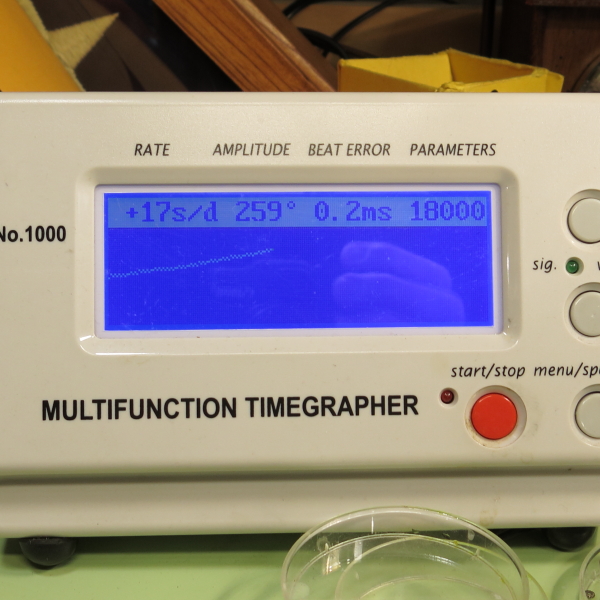 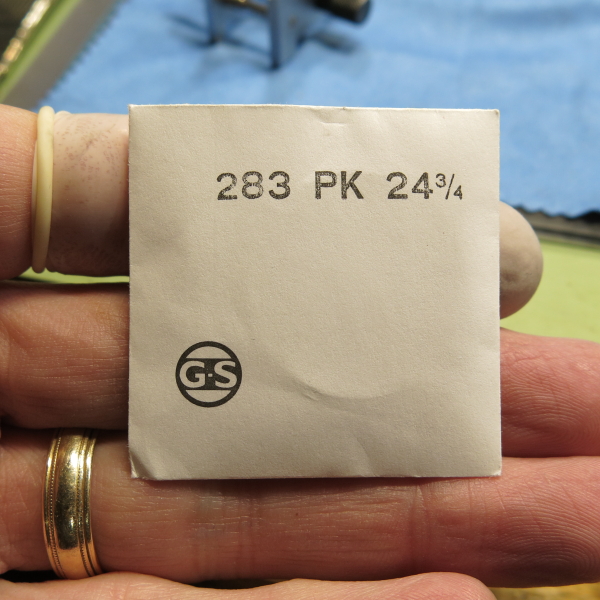 The smudge between the 9 and 10 markers was just dirt so the dial cleaned up very nicely.  This 50+ year old Thinline 4004 looks and runs factory fresh now that it has a new crystal. 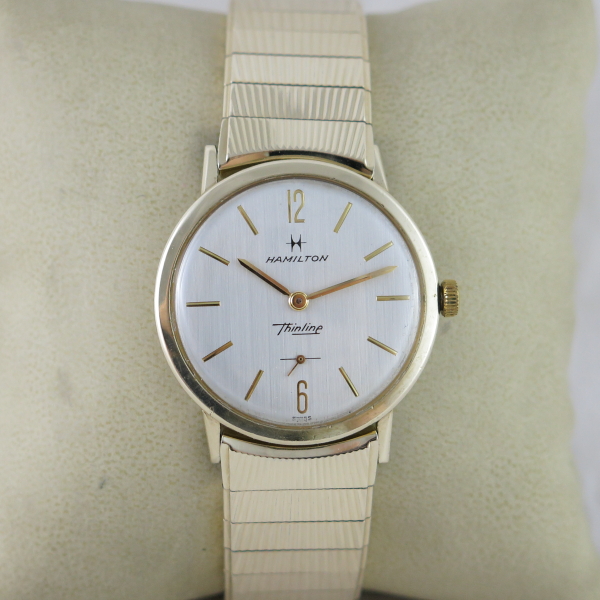 Tucked within it's original box, the watch looks like it ought to be sitting in a showroom display case. 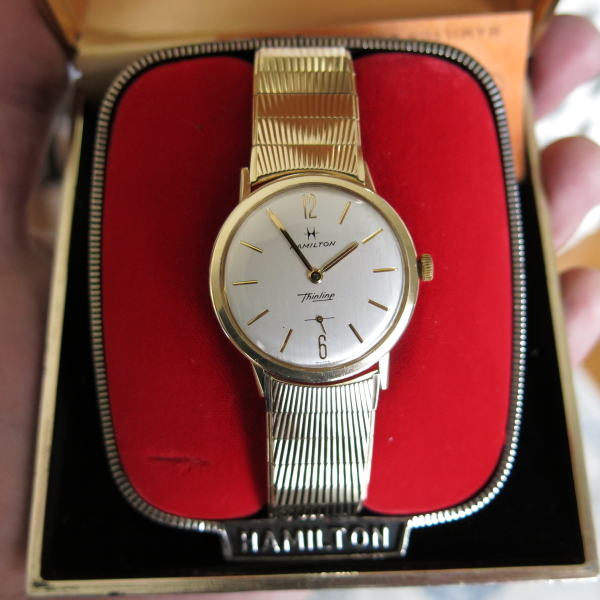