I try not to do posts on models I've already done but sometimes I make exceptions for something interesting.  Back in 2013 I did a post on the 1956 Essex and that post was a bit unusual since the watch had an uncatalogued dial.  I've seen other examples with the same dial, so I'm fairly confident it's a legitimate Essex. 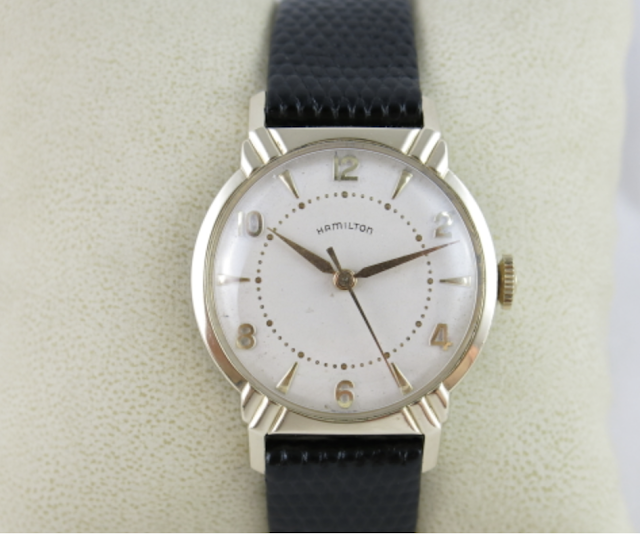 I recently came upon another Essex in the wild with another dial, and I realized it was the dial variation introduced in 1957 and continued in 1958.

Originally the Essex was part of the Hamilton Illinois line and called the Debonair E.  It had numerals at the even hour positions and markers at the odd hours.  The markers appear to be arrow heads at 3 and 9 and diamonds at the other positions.  You could get the watch on a special bracelet or on a strap. 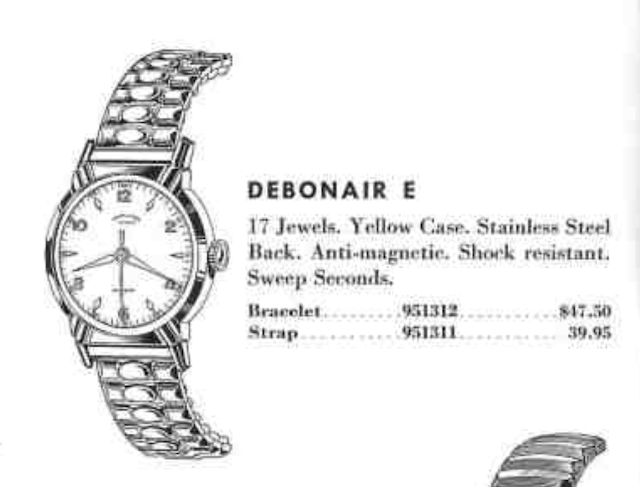 In 1956 the Illinois line was dropped and the Essex was introduced.  The bracelet was changed to a different style but the dial appears to be the same pattern as on the Debonair E.  It also appears to say something above the 6, maybe "incabloc" but that would be very unusual for a Hamilton model.  Perhaps this dial pattern was changed and not actually used?  I don't recall ever seeing an Essex with this dial but I can't claim to have seen them all either. 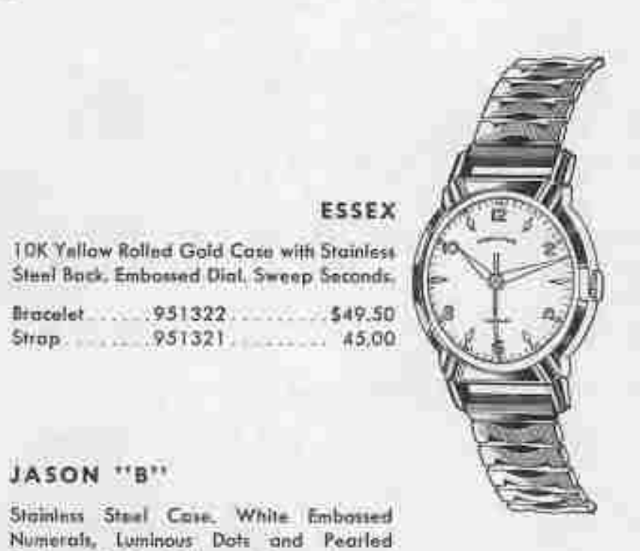 Anyway, in 1957 the dial pattern was changed to a unique textured pie-pan design with numerals a 12, 3, 6 and 9 and keystones at the other positions.  The same bracelet was offered.  This design continued in 1958. 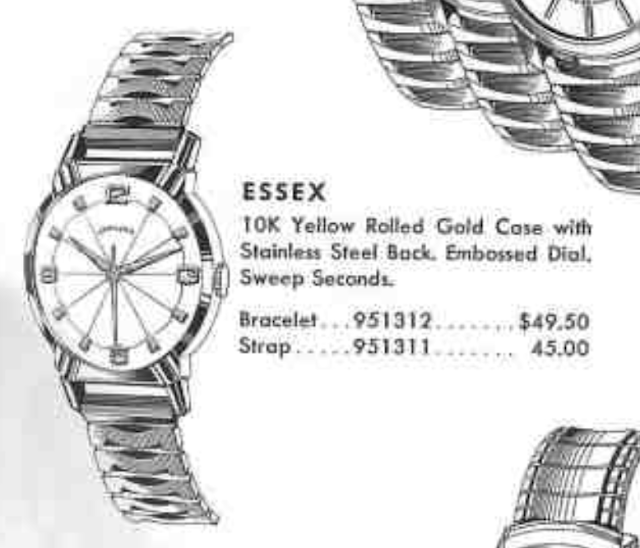 My project watch caught my eye because I immediately recognized the shape of the Essex bezel but the dial struck me as unusual.  When I realized it was legit I decided I wanted to see it in person.  As received it has a lot of wear to the high points of the bezel and it must have had a bracelet originally, as there are grooves worn into the insides of the lugs.

The back is stainless steel and otherwise unremarkable.

Without the crystal in the way, you can see the dial has a unique texture and the shape of the pattern inside the markers reminds me of a flower.  The word HAMILTON is a bit faint so I will have to be very careful cleaning the dial or I could lose it completely.

This watch has been through a lot of watchmakers' hands, there are number of marks inside.

The Hamilton 671 inside is based on an ETA 1080 and largely like the automatic version of the 672 but without the automatic framework strapped onto the back.

I'll prep a new high dome crystal for installation while all the parts are in the cleaner. 28.1mm should do the trick.

Everything is ready to be reassembled.

The movement is noticeably brighter now that it's clean.  There are lots of brass spots showing through the nickel plating.  This watch has seen a lot of use.

According to the timer something is going on inside and making extra noise.  It doesn't take much, just a tiny spec of dust on the hairspring or pallet fork will cause the timing to vary.

I recleaned the hairspring and voila!  The watch is running a little fast but that's nothing a tweak or two to the regulator won't fix.

A poke here and a tweak there... eventually I get the beat rate to even out at 10 seconds fast per day.  Not too shabby.

Well, this tired old watch doesn't look too terrible with a nice strap and a fresh crystal.  It certainly runs like it's still spry, considering it's at least 60 years old!