It's funny how some models you would think are fairly common can be few and far between in real life.  Take, for example, the 1965 Accumatic A-653.  It was introduced in 1965 and made through 1969 but up until recently I had never seen one.

Of course, I can't say that my seeing watches is the standard for rarity.  However, I haven't even seen a photograph of one, any you may not have either... until now. 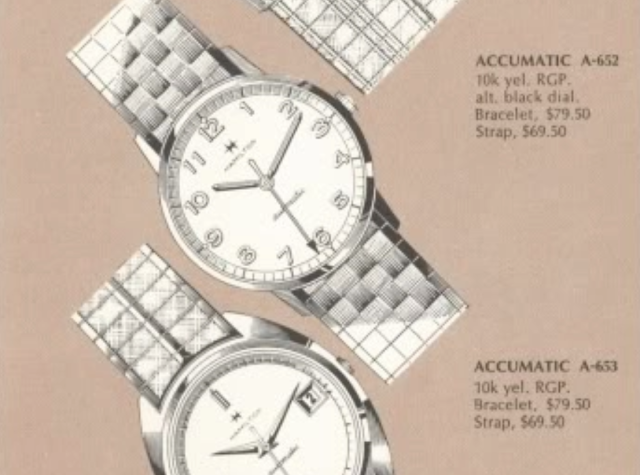 My project watch doesn't have an original bracelet but there aren't too many other Accumatic models with an all-numeral dial.  The catalog shows something going on around the perimeter but it's not distinct enough to say what it is... is it a gold chapter ring?  Hard to say, unless you see the watch in person and it's, in fact, a textured band.  This watch does not have an arrow-tipped second hand like the catalog shows but that's not too unusual.  Hamilton was known for using whatever hands they had available, especially during the busy seasons of preparing for Christmas and graduations. 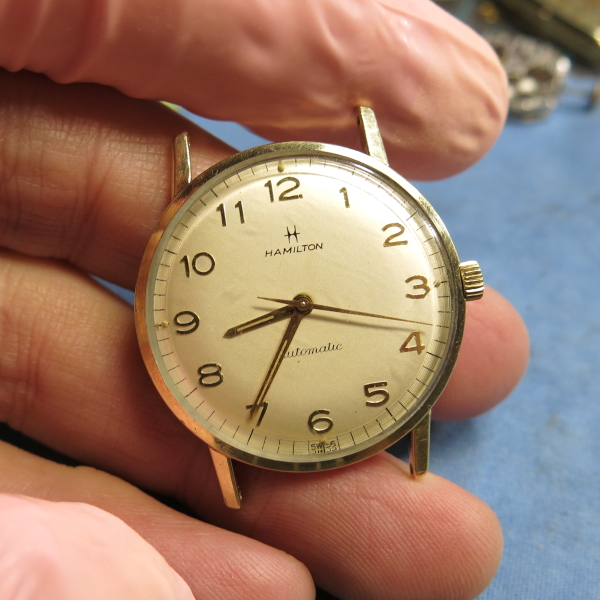 The back is stainless steel and bears the tell-tale scratch marks of someone trying to get it open.  This is a one-piece case though and it doesn't separate.  The movement comes out the front once the crystal is removed. 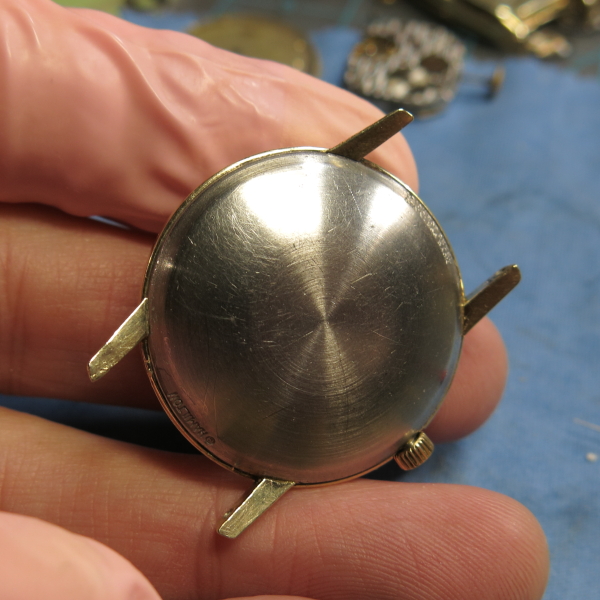 Here's a closer look at the unique dial.  I wouldn't want to try to get this dial refinished, fortunately it looks great. 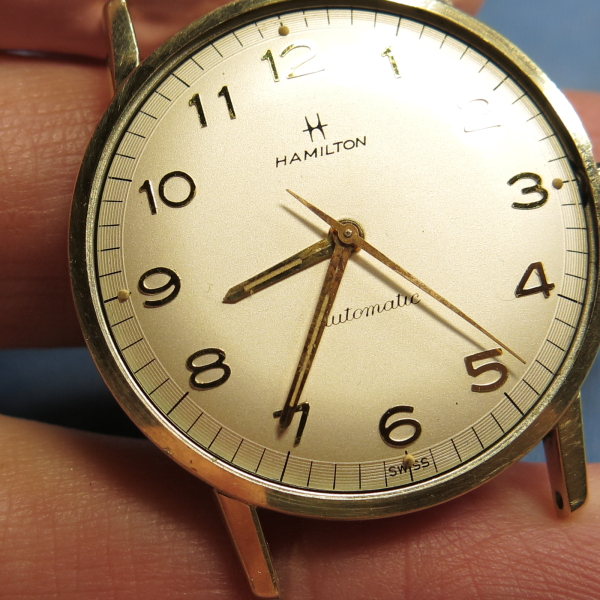 There's a movement ring that surrounds the movement but it's not secured by any clips.  It just slips off.  This movement has a 689 oscillating weight but a automatic framework from a 689A.  I wonder if it started out this way? 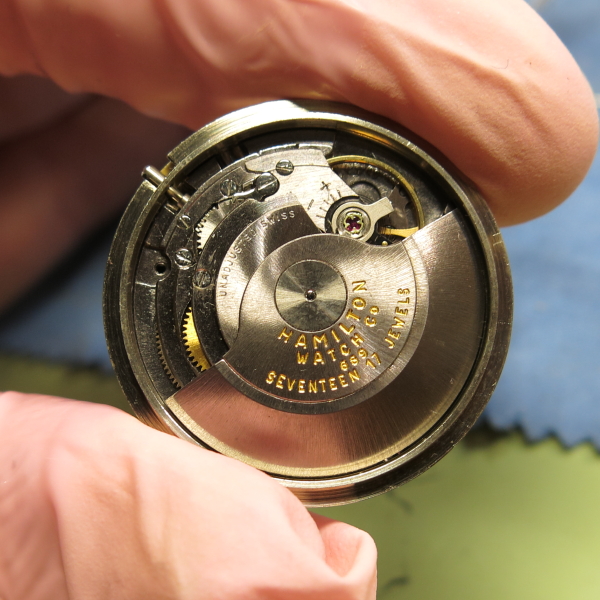 The crystal didn't look too bad while it was on the watch but looking through it now you can see that it's a bit crazed.  A new crystal will be a huge improvement, even if unsuspected. 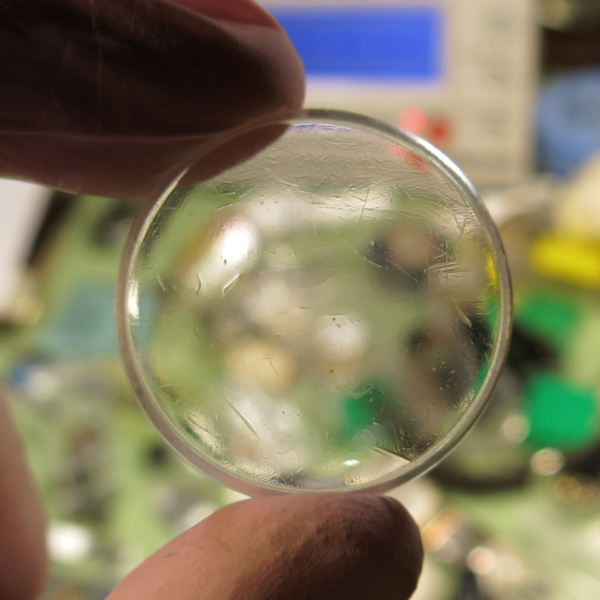 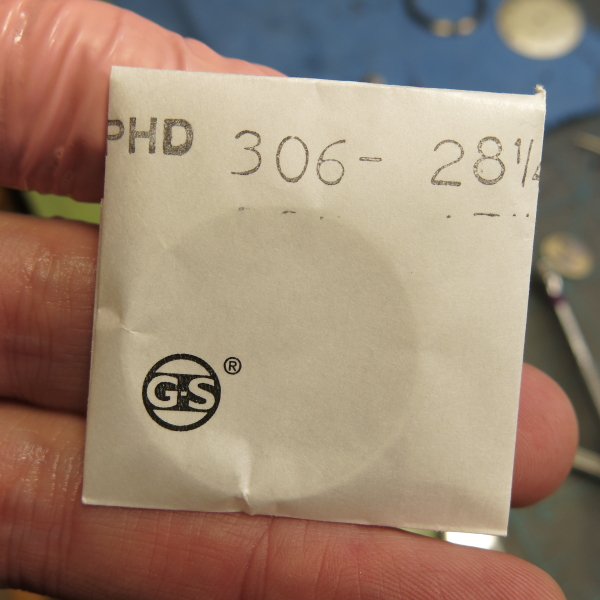 Everything is taken apart and throughly cleaned.  I know I'm not the first watchmaker inside this case as there were a couple of screws in the wrong places.  The screws are all very similar but not identical. 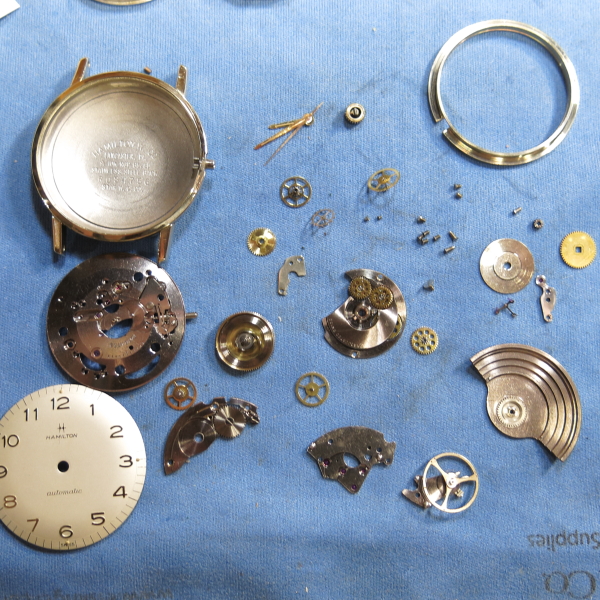 The movement, sans the automatic bits, is now ticking away with good motion.  Let's see what the timer thinks of it. Not too shabby.  The beat error is on the high end of my tolerance (I like to see it under 3.0 and the lower the better).  Since adjusting the beat error is so easy on this movement I would feel guilty not reducing it further. 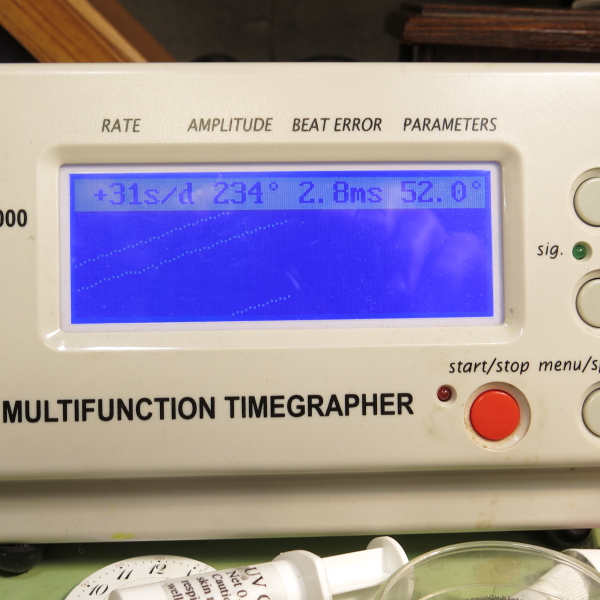 Okay... 0.3ms is very good and even the amplitude came up a little bit. 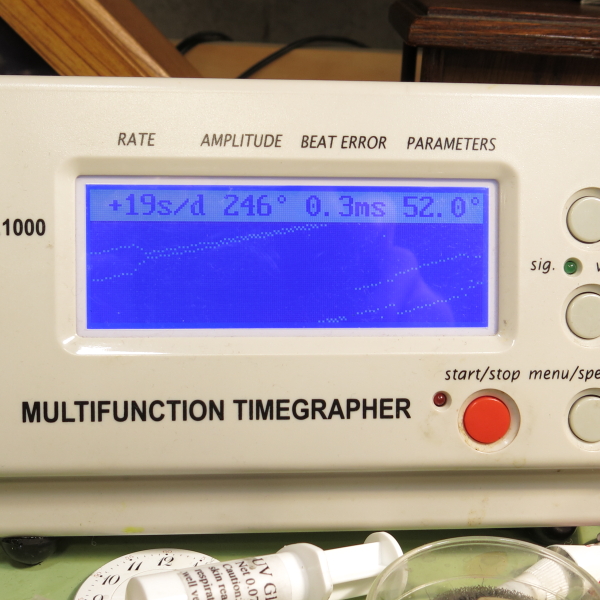 The photo may not look it, but this watch is really sharp-looking with a genuine alligator strap in blue.  It may look like a common watch but it's uncommonality (is that a word?) is celebrated but an unusual strap choice. 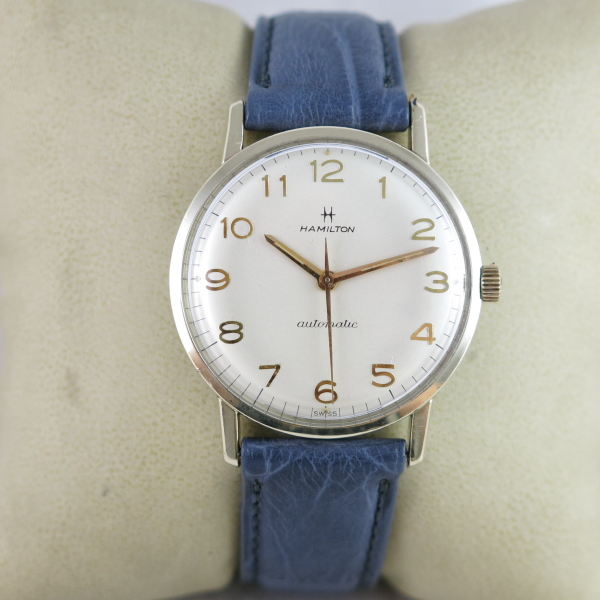