700+ models in and my quest continues for new Hamilton examples to share.  I can check one more off the list - a 1955 Brewster. 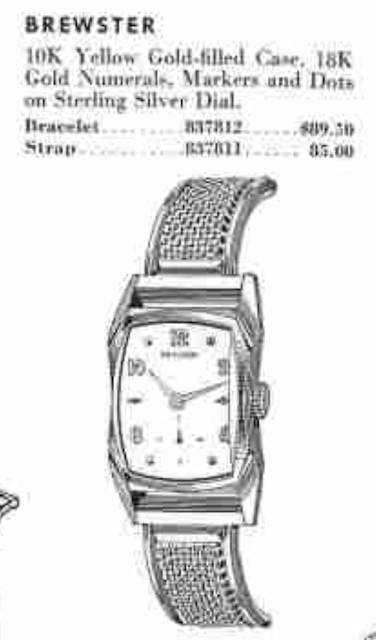 Like most Lancaster-made models, the dial is sterling silver and features 18K gold numerals and markers.

I don't know if the Brewster should be considered a rare model but I haven't seen one before now so it must be relatively uncommon.  Either that, or it just blends into obscurity by resembling your garden variety 1950s watch.  It's very similar to several other models from the same period like the Morton, Murray, and Leslie, to name just a few, with lugs that flare up and outward like a German Shepherd's ears.

As I said before, I don't recall coming across a Brewster until I recently saw one for sale.  I was hoping the blemishes in the dial would be scratches on the crystal.  Other than that, it appeared to be in decent shape. 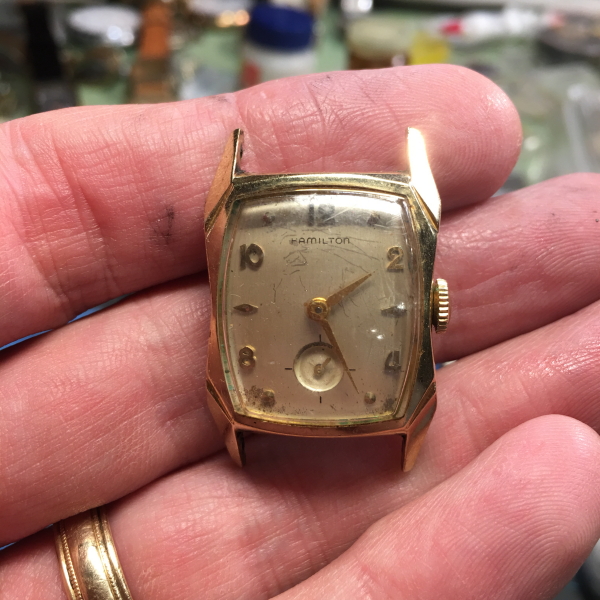 Alas, the dial is a bit beat up.  However this is a very simple dial design and will be fairly easy to get refinished to look like new. 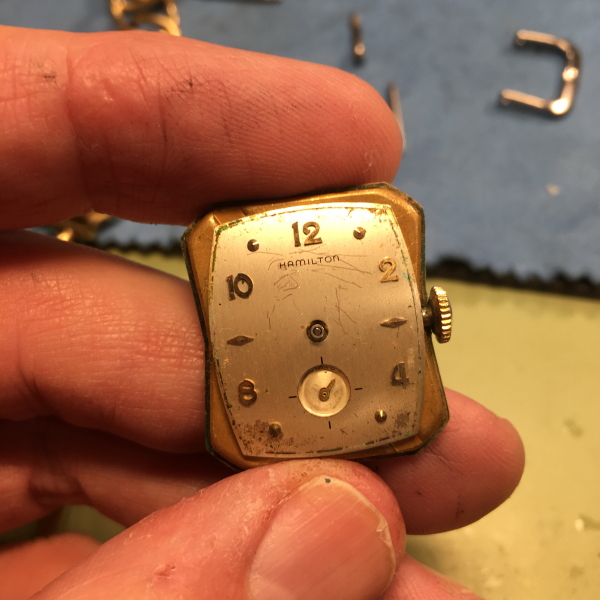 This must be an early 1955 model as it has the 19 jewel 753 inside.  It's very similar to the later 770 movement with the exception being it lacks three additional cap jewels and the shock jeweled balance.  The 753 (and it's peers) marked the end of an era.  Movements made in Lancaster PA after 1955 all received Inca shock jewels - at least the wrist watches, anyway. 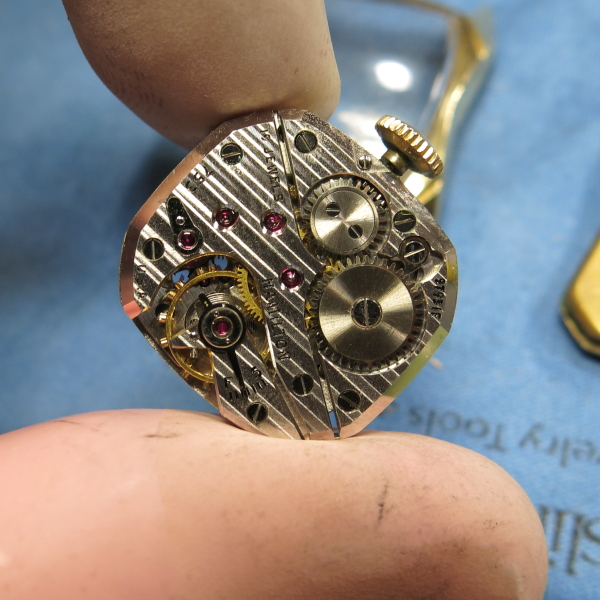 The case back makes identifying the model very easy. 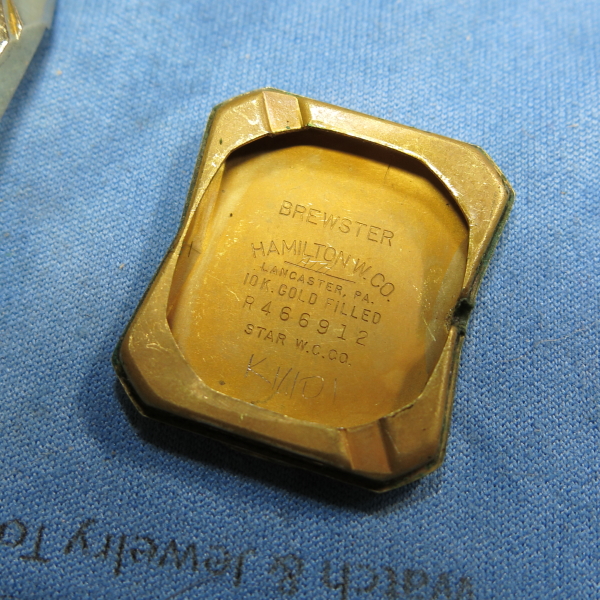 I will prep a new glass crystal for installation while all the parts are in the cleaner. 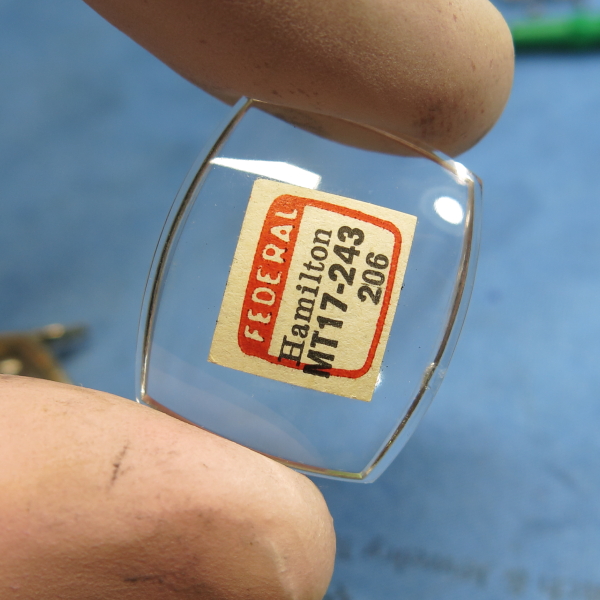 All the parts are cleaned and ready to be reassembled.  If you've got a good eye for detail, you might notice the dial has been refinished... that was quick!  Actually I've had this project waiting for a month or so for the dial to come back. 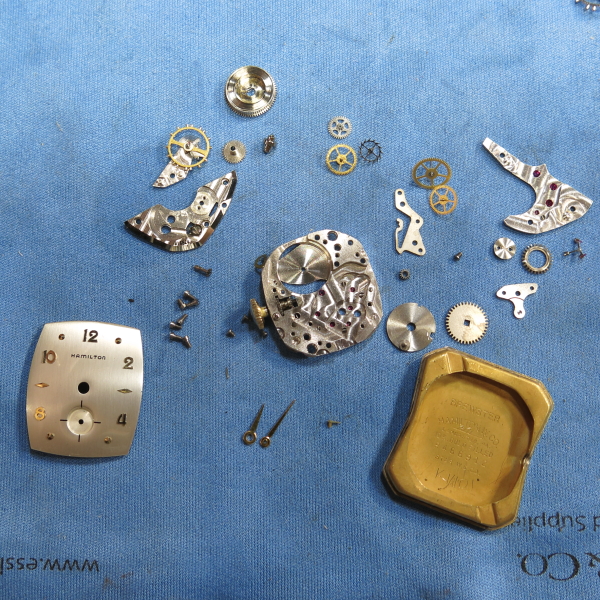 The reassembled movement is running with good motion - now it's off to the timer. 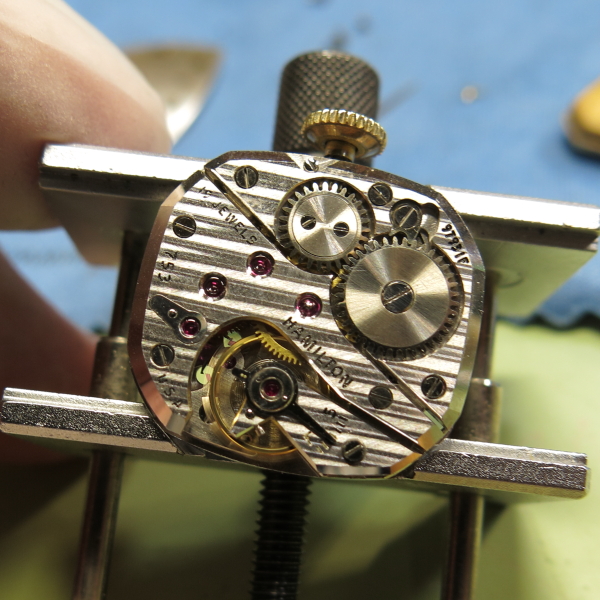 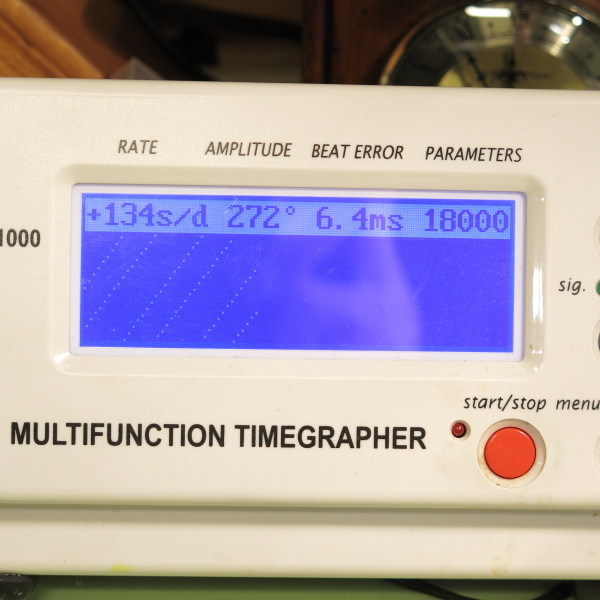 I looked very closely at the balance and the hairspring had come out of the regulator pins.  With a gentle tweak I reinserted the hairspring after a quick adjustment the watch is ticking away very nicely now.  I could try to reduce the beat error a little further but the amount it's off is so slight that it's risks more damage than I'd benefit from further reduction. 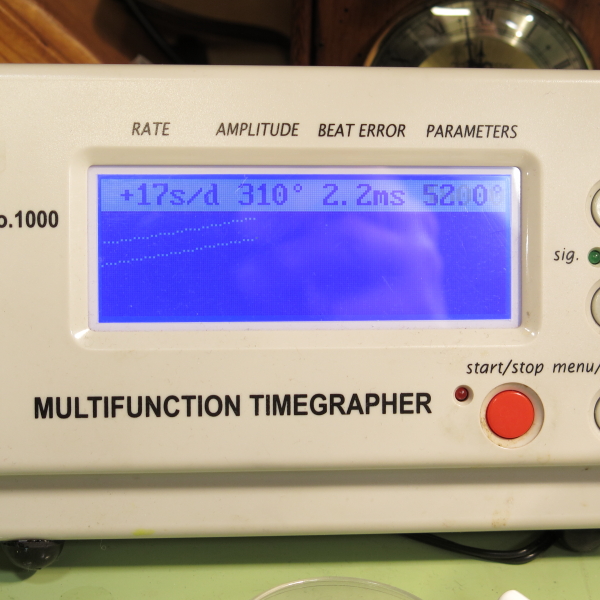 Here's a closer look at the refinished dial. As you can see, my friends Elizabeth and Robert at International Dial Co did an excellent job bringing this dial back to life. 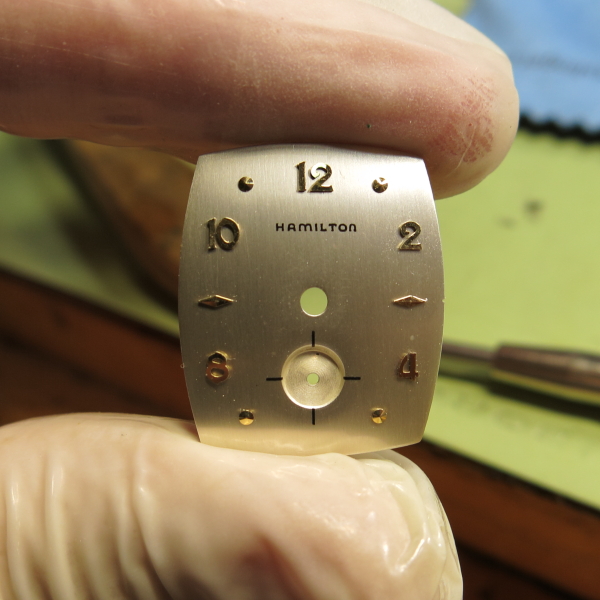 Well, this 1955 Brewster now looks as good as it runs.  It's a sharp looking watch, even if it does look like so many other models. 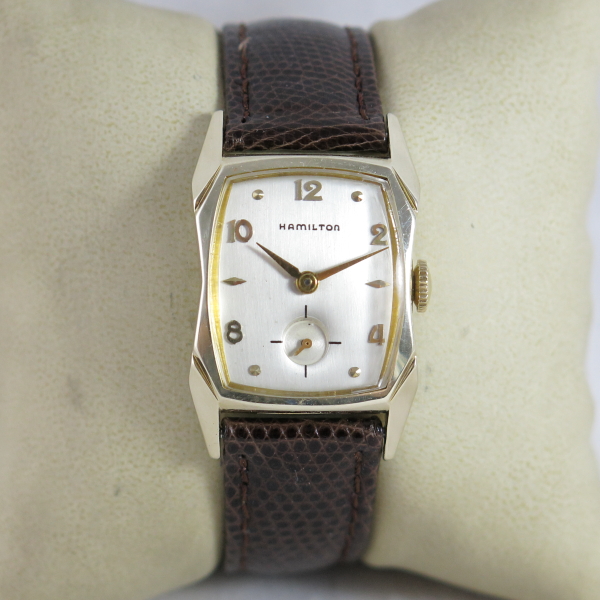