The mid-1950's was an exciting time for Hamilton - all sorts of funky designs were created and new movements where being introduced throughout the decade.  It seemed like if you didn't like the Hamilton line-up all you had to do was wait a year and dozens of new watches would be revealed.  The 1950's saw the introduction of 12/0 sized 752, 753, 754 and later the 770 manual wind movements.  It also saw the introduction of myriad automatic movements from various Swiss manufacturers.  The Illinois brand was reintroduced (briefly).  Swiss manual wind movements were added to the entry level model line up.  And finally, the Electric movement was introduced to the world.

One of the watches launched in the 1950's was the 1954 Morton.  It would be produced for four years. 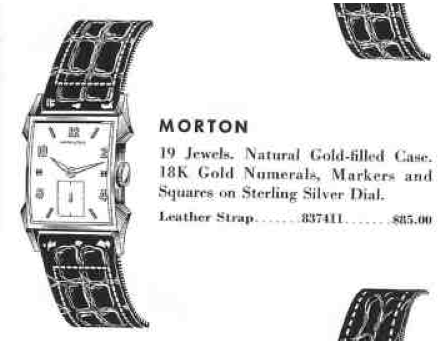 Originally the Morton was introduced with the 19 jewel, 12/0 sized 753 movement.  When the 22 jewell 770 replaced the 753 in 1955, the Morton was outfitted with the 770.  It's interesting that despite the movement change, the Morton didn't become a Morton B.  But I guess since the case and dial technically are unchanged, the Morton wasn't really altered that much.

The case is 10K gold filled with a gold filled back.  The sterling silver butler-finished dial has solid 18K gold numerals and markers.

Although other watches were offered on metal bracelets, the Morton appears to have only come on a strap.

I recently received a Morton project watch.  It's a nice example - although well used. 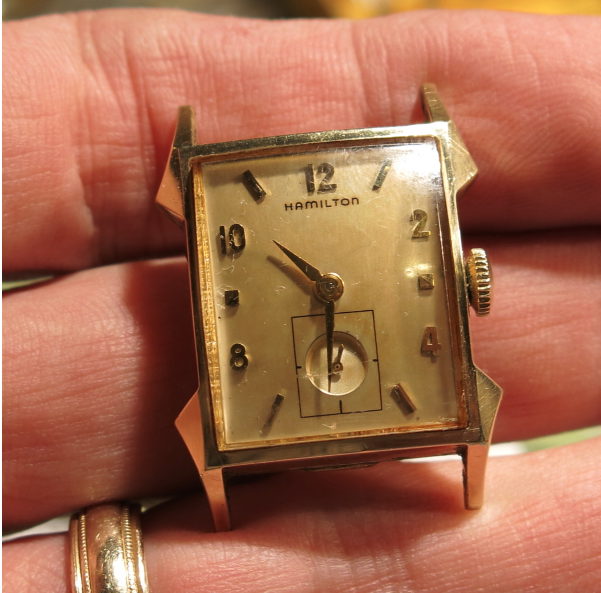 The case back is rather pitted as well as scratched up.  I'm not sure what causes pitting on case backs.  I see it occasionally but not too often.  I know there are people who have a sensitivity to gold and I wonder if certain people's chemistry can affect gold.  Or maybe there's an issue with the base metal beneath the filled gold layer.  The scratches are definitely man-made. 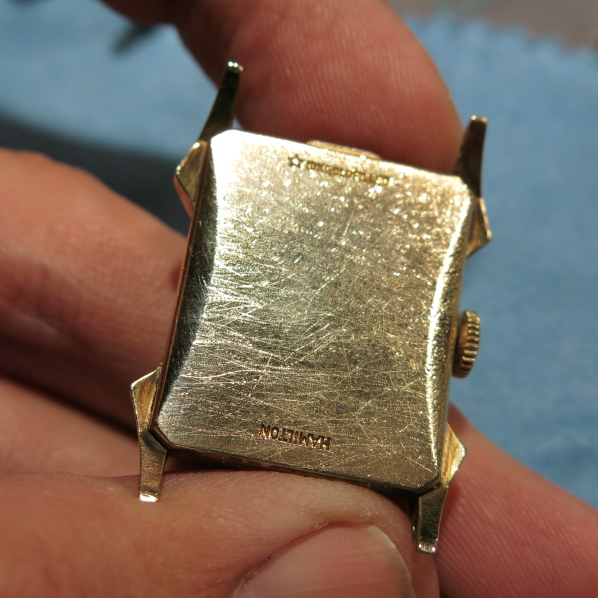 Here's a shot of the 753 movement.  It's remarkably clean although even a clean-looking watch will leave a surprisingly murky cloud in the cleaning solution after a bath in the ultrasonic.  The serial number (82380F) dates the watch to 1954 so this is clearly a first-year Morton.  In about 1955 Hamilton stopped putting serial numbers on movements... so you won't see a 770 with a serial number. 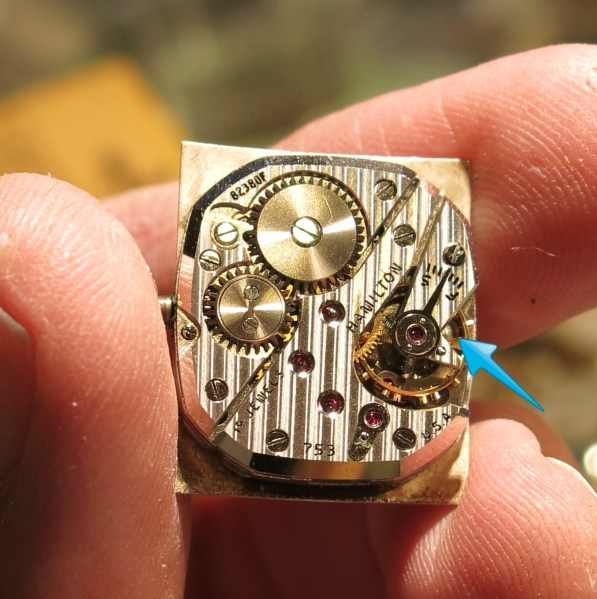 You can see below the case back is engraved with the model name.  This was done a lot in the 1950's.  Unlike other manufactures who used case numbers to identify models (to order parts) - Hamilton used model names.  The serial numbers inside the case backs rarely provide meaningful information. 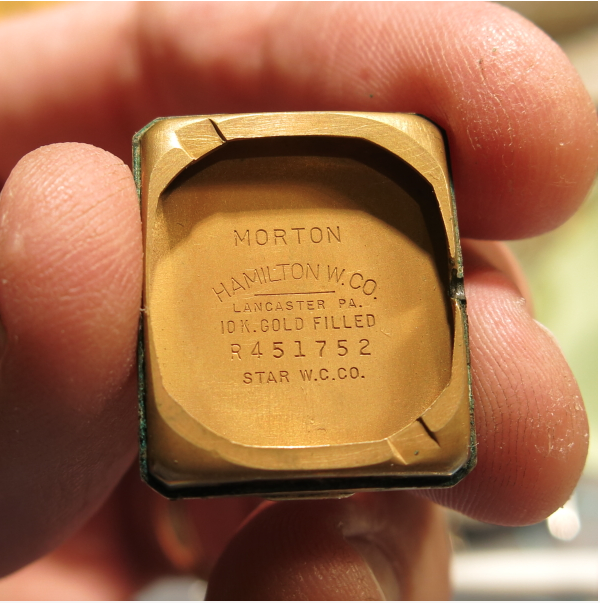 Everything was cleaned up, lubricated and timed.  The dial has an interesting tan-toned patina developing on it. Although the dial is original, I find that cleaning a dial like this usually makes it look worse before making it look better.  It's certainly not bad enough to justify getting the dial redone - so the risk of ruining an otherwise nice dial is too great.  Sometimes it's best to just let sleeping dogs lie. 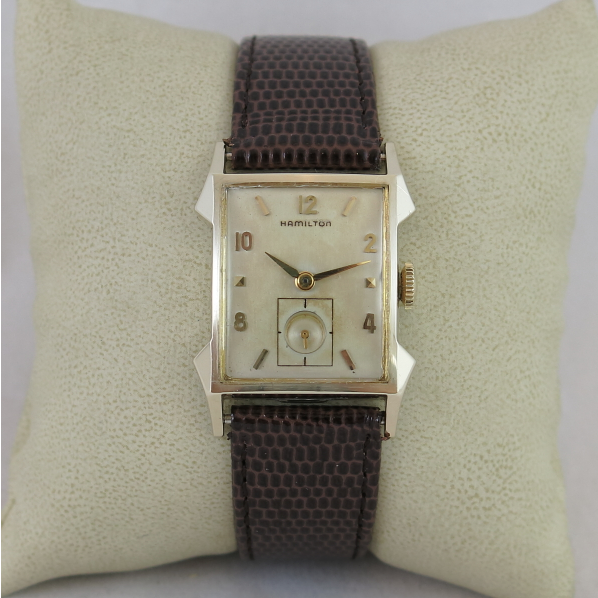 The Morton takes a 19mm strap and the biggest I have is 18mm.  A proper fitting strap will look much better.