What's that you say, there's no Stormking XII, how could there be 12?  Well the Stormking IV actually came in a 24 hour version called the Stormking IV Military.  I've only gotten through 6 of them but I can now check off number 7 - the 1955 Stormking II. 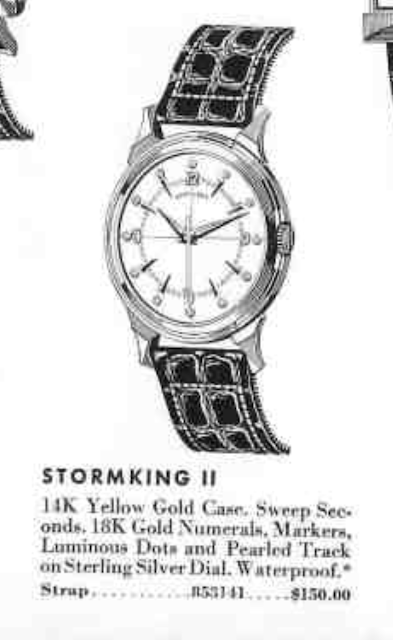 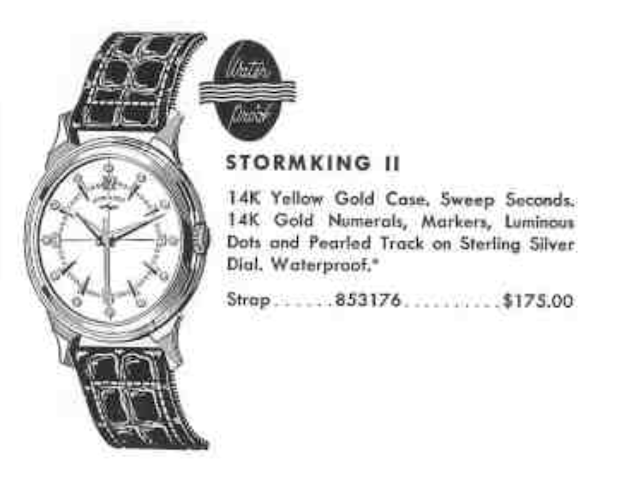 Inside the Stormking II case you will find an 8/0 sized 735 movement although an earlier 1955 model might still have a 748 movement.  A 735 is more probable though.

I recently picked up a Stormking II and it came with an interesting dial with a company logo from United Gas representing a 25 year service award. 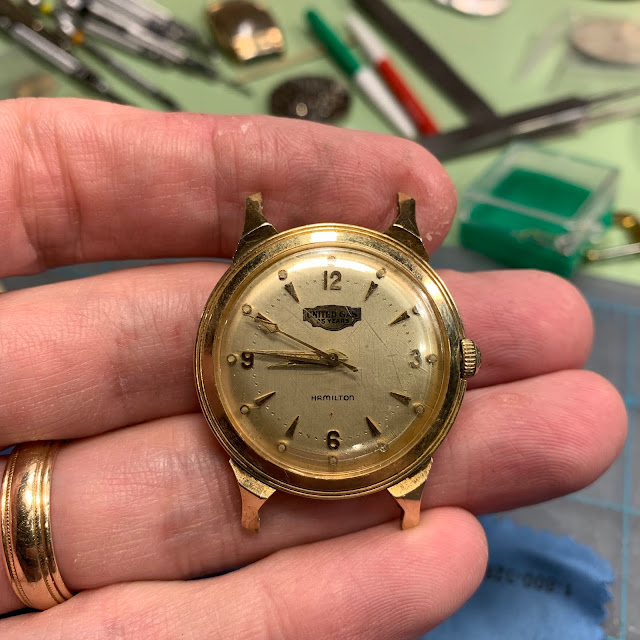 The back of the watch is engraved with simply two initials and a last name.  I guess they must have been charged by the letter. 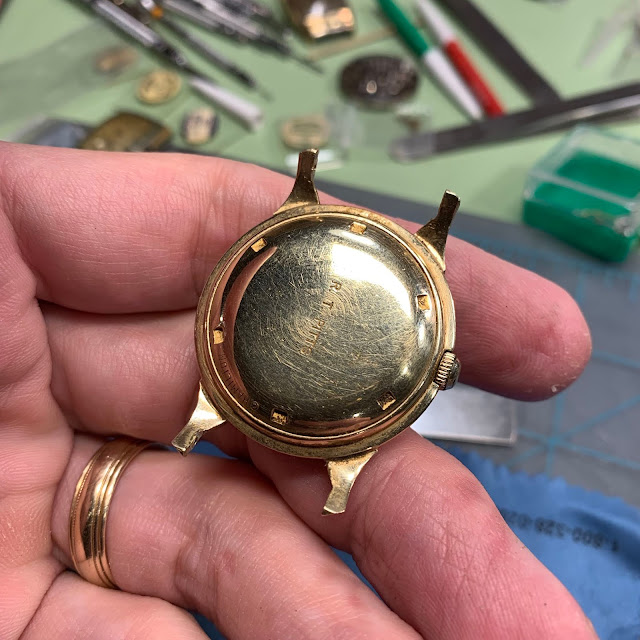 This case back in on TIGHT.  Although the recesses help a case wrench grab ahold, you still need to hang on to the rest of the case.  Plus, if you're not super careful the wrench will slip and gouge the softer gold case back with three deep scratches.  My best chance of success will be to use a case holder and a bench vice - that way I can focus all of my attention on making sure the wrench doesn't slip. 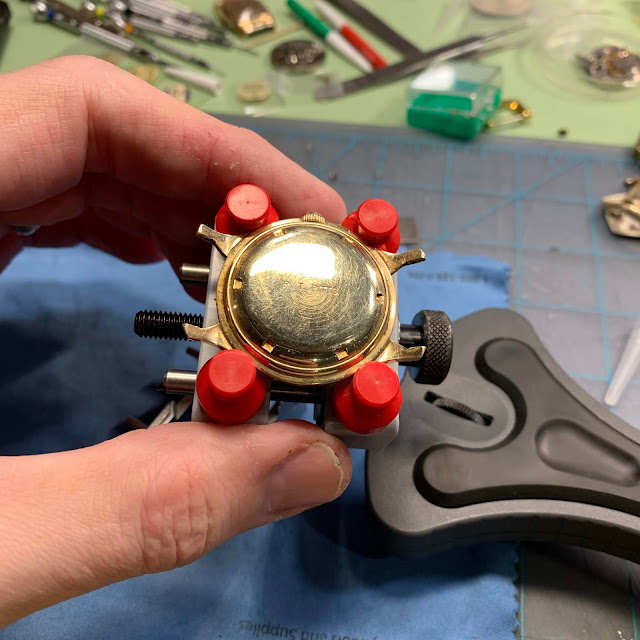 Voila!  The 735 is revealed.  The gasket inside was what was holding the case back on so tight. 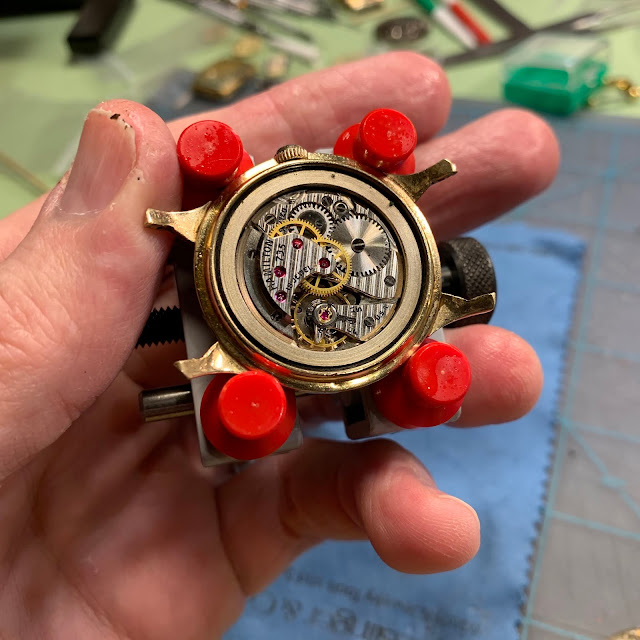 The movement is completely disassembled and ultrasonically cleaned before being reassembled.  I'll also apply fresh luminous paint to the hands. 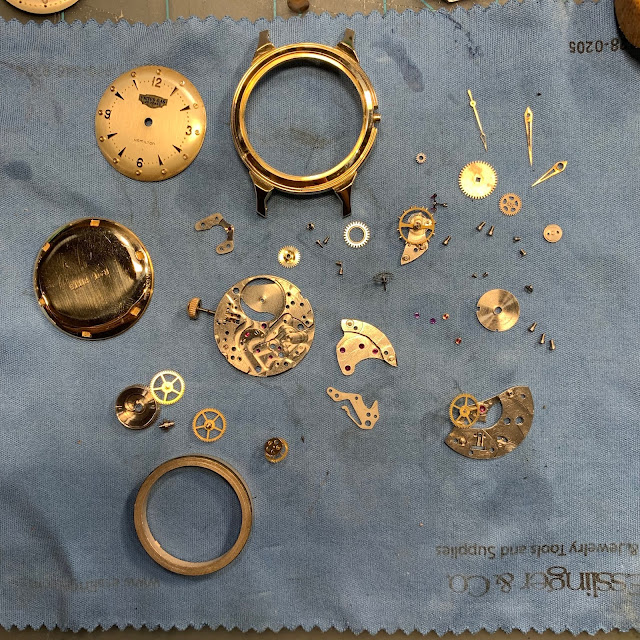 The reassembled movement is ticking away but it doesn't quite look right to my eye. 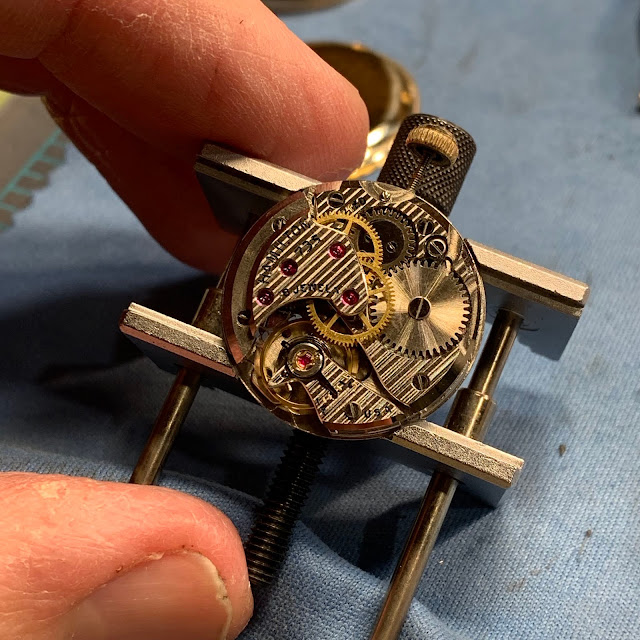 Sure enough, the watch has an usual beat rate and the timer is picking up 19800 beats per hour instead of 18000. 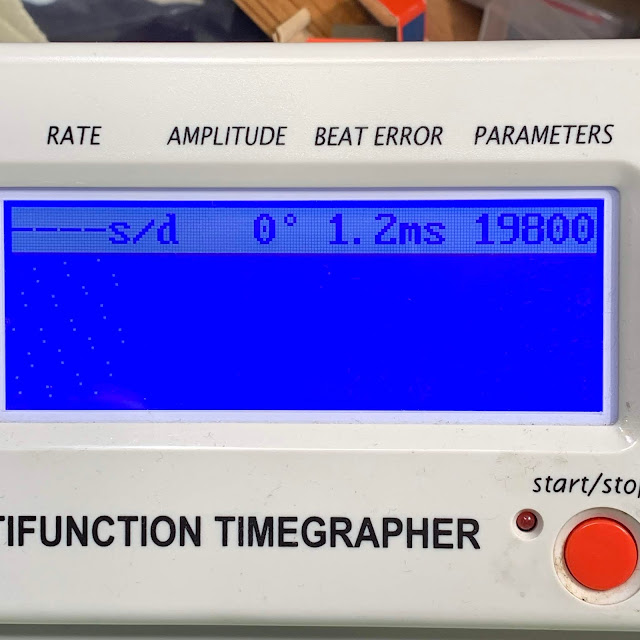 I recleaned the hairspring a couple of times and finally got a clean signal.  I'll have to speed it up a smidgen but not by too much. 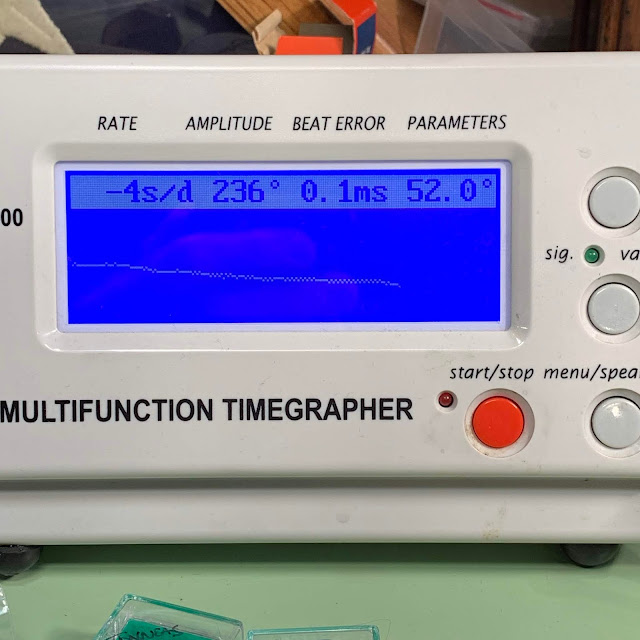 A new crystal will be an easy to do improvement. 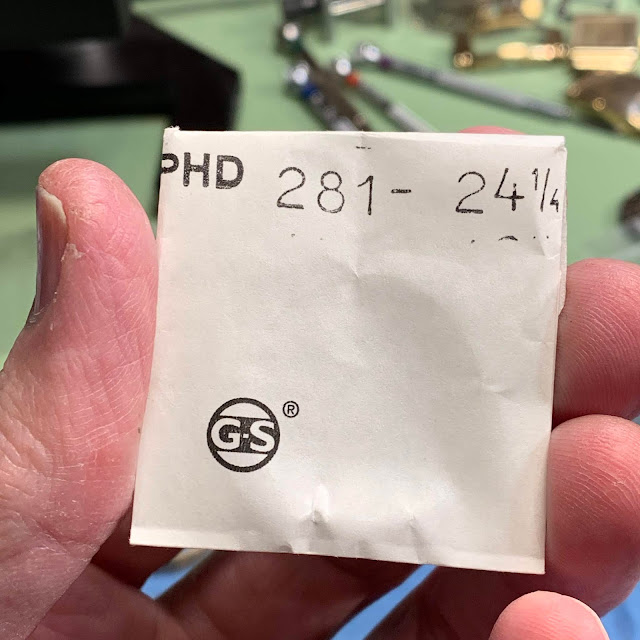 The freshly cleaned movement is recased along with a fresh gasket. The finished watch turned out great.  New lume and a new crystal really do a vintage watch a lot of good.  Now to find the 18K gold version - the Stormking I. 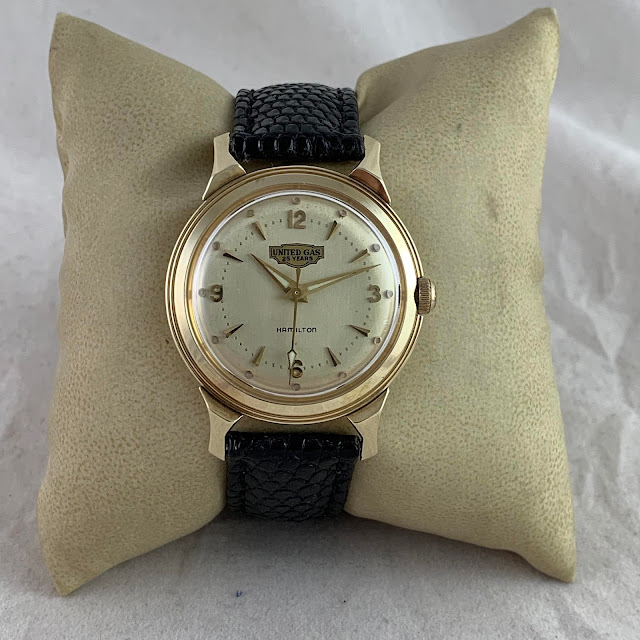