The last watch I posted about was a 1965 Thinline 2015 and it was a little unusual because it didn't have a second hand.  For almost 40 years the only men's model to not have a second hand was the 1936 Norfolk, other than the early 1920's models with the 986A movement.  I guess second hands were less important in the late 1960s - as there are few models with only hour and minute hands. 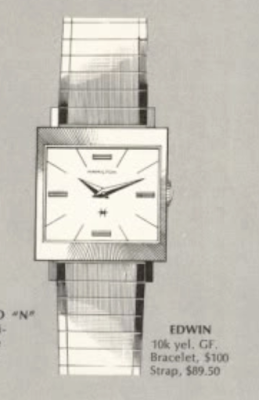 Unlike the solid 14K gold Thinline, the Edwin came in a 10K gold filled case and you could get it on a matching bracelet or a strap.  Tucked inside the Edwin's case is a 22 jewel 12/0 sized 770 movement.

I happened to see this watch for sale on eBay and thought about making a run for it but as fate would have it, a fellow collector saw it too and purchased it.  He sent it to me for an overhaul so I ended up getting it after all.  I couldn't have planned it better - ha ha!  As received, it's a little dirty but not terrible.  It looks like the dial has seen better days but most people born in 1965 have a few spots by now too. 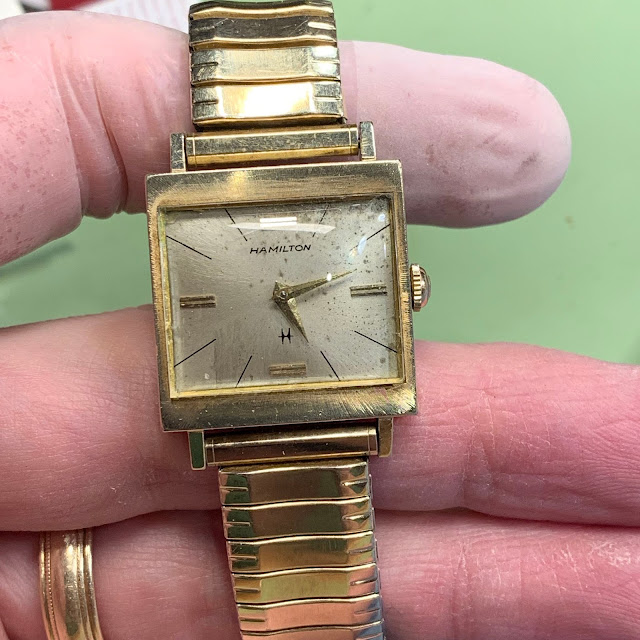 The case back is unengraved and otherwise unremarkable. 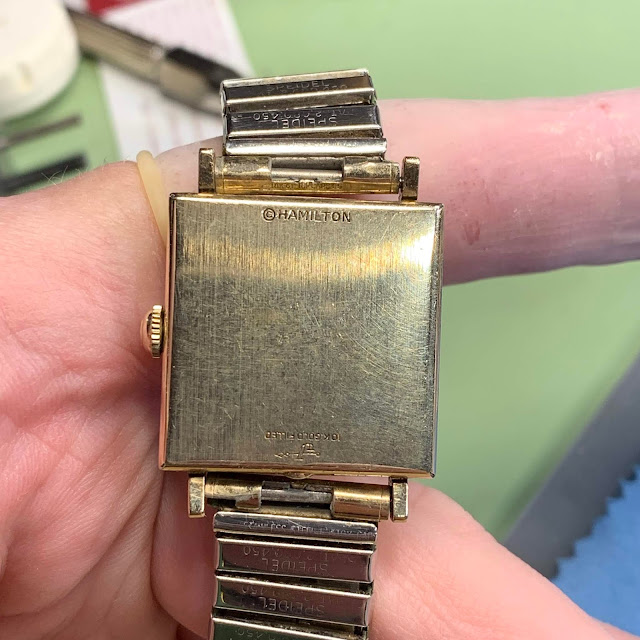 Don't be fooled by the shiny movement, this movement is very dirty and ready for a trip to the spa.  It will be even more sparkly soon.  This 770 has a slightly different 4th wheel than a typical 770, it doesn't have the long pivot for the second hand, instead it has a short pivot.  Otherwise it's a standard-issue 770. 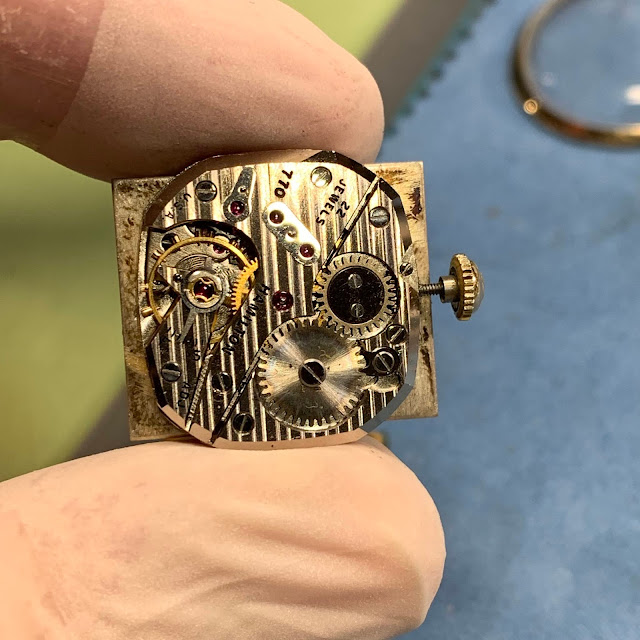 Everything is taken apart and thoroughly cleaned.  The bracelet isn't original but it's in good shape and goes well with the watch so I cleaned it too. 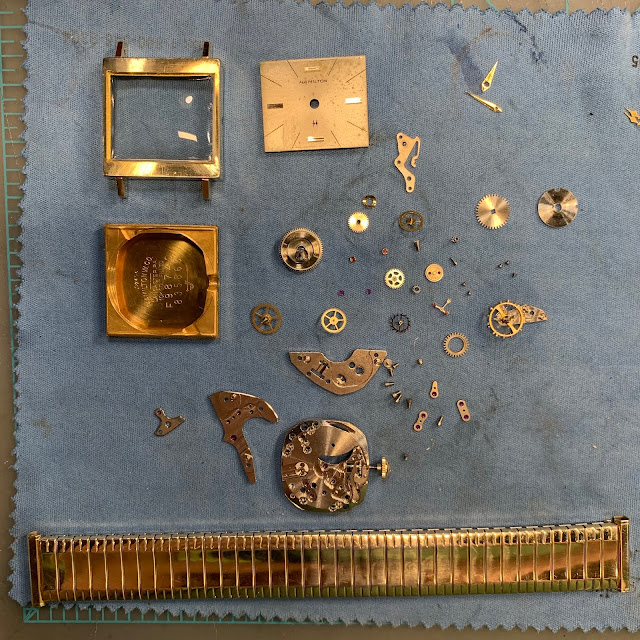 The reassembled movement is ticking away with good motion.  Now it's off to the timer. 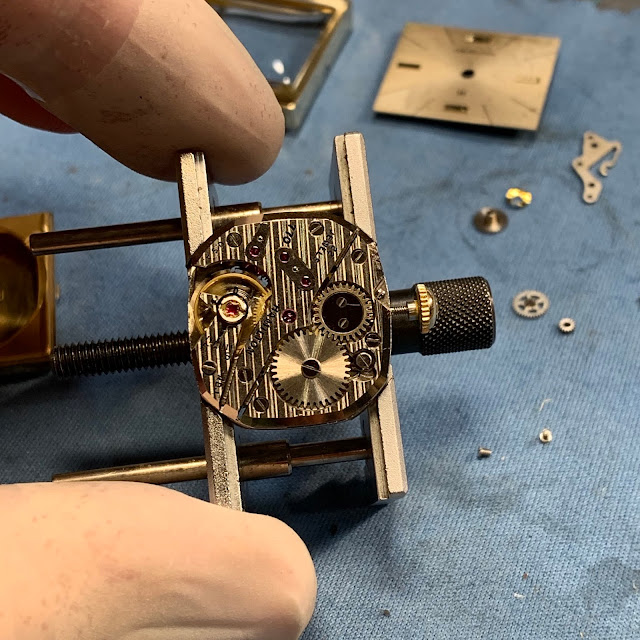 Well, the amplitude is great but the beat error of 6.7ms is way above specs.  I prefer to see it under 3.0 and as close to zero as possible.  It's a little tricky to adjust on US-made Hamiltons but I feel obliged to try. 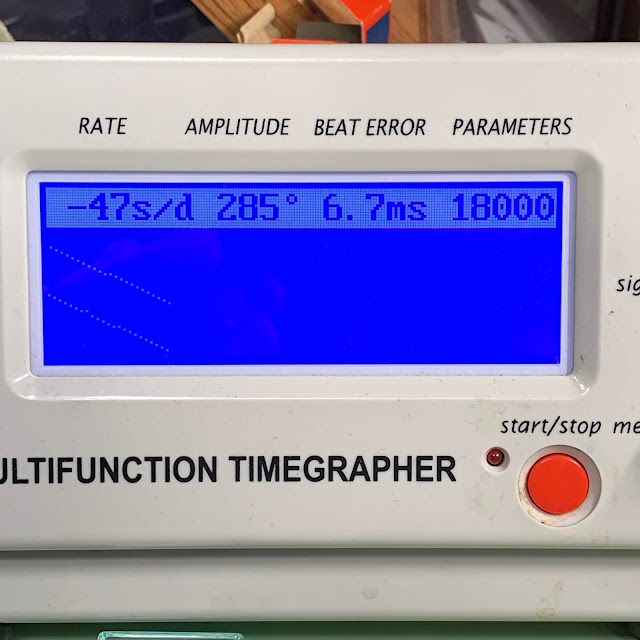 You might be able to see the red impulse jewel on the roller table of the balance.  This jewel needs to be centered with the pallet fork for the watch to be "in beat" and the beat error would be 0.0 if it was perfectly aligned.  That would mean the balance would swing equally to both sides. 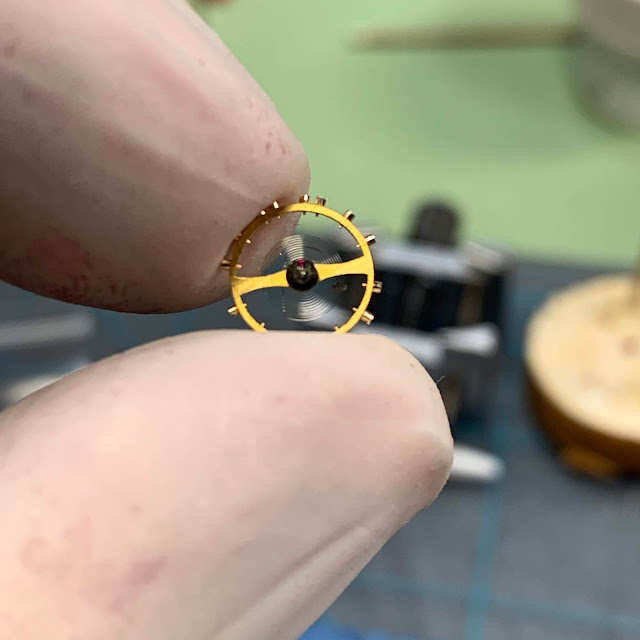 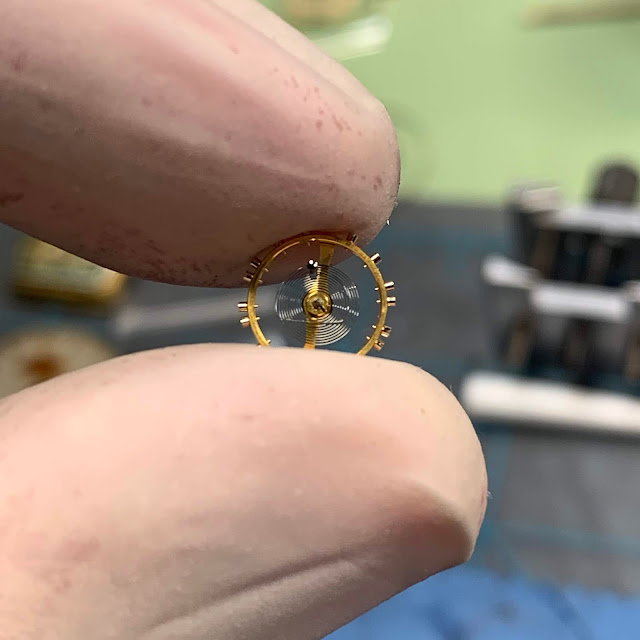 It doesn't take much to change the beat error.  You can see the stud is now over the arm. 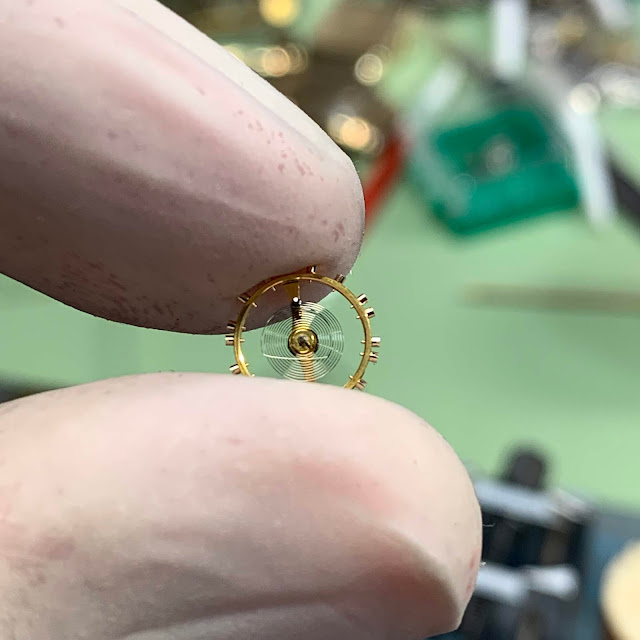 I also need to make sure the hair spring falls between the two regulator pins when I attach the balance to the balance cock.  Then I can reinstalled the balance and see if the beat error is improved. 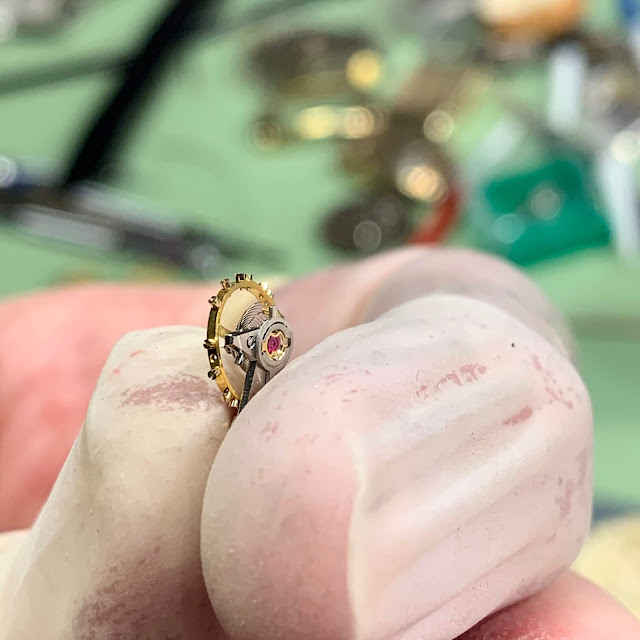 Well that's much better.  Notice the amplitude came up.  A high beat error will cause lower amplitude and it will also cause the watch to stop sooner than if it had a lower beat error.  Movements with an adjustable hairspring stud are very easy to fine tune.  Hamiltons... not so much.  Can I do better than 2.7ms? 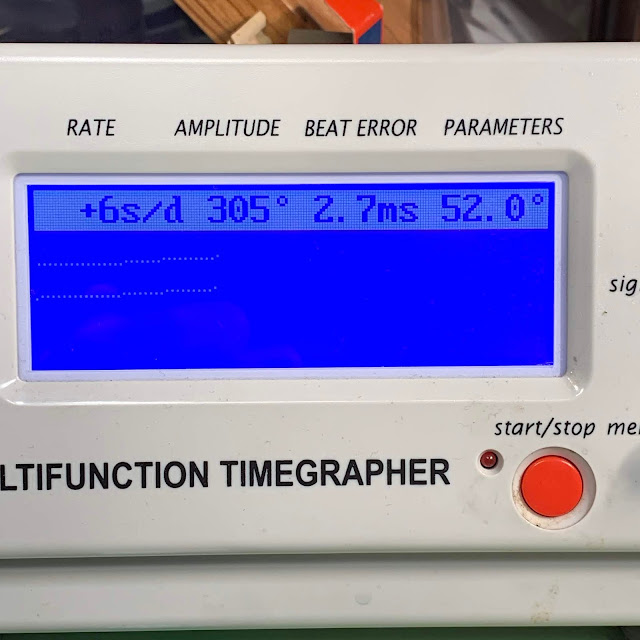 I've learned the hard way to listen to that little voice in your head.  I thought about taking the balance off again and I even removed it from the movement but then I had a gut feeling that said, "Do you really want to screw this movement up for another 1.5ms?  What if you go the wrong direction?" 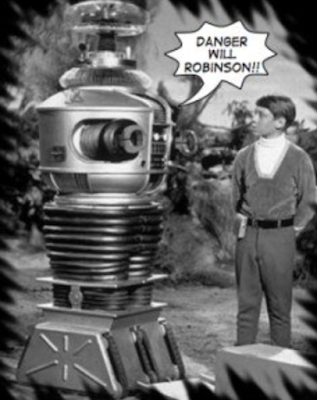 You have to know when to say when, and 2.7ms is fine in my opinion.  It's within my 3.0ms spec and screwing up a hairspring can happen in the blink of an eye.

I finished reassembling the watch and I think it looks much better.  My light tent is merciless but I don't see anything distracting with this watch other than the marks on the dial.  Very little wear to the case, that's for sure. 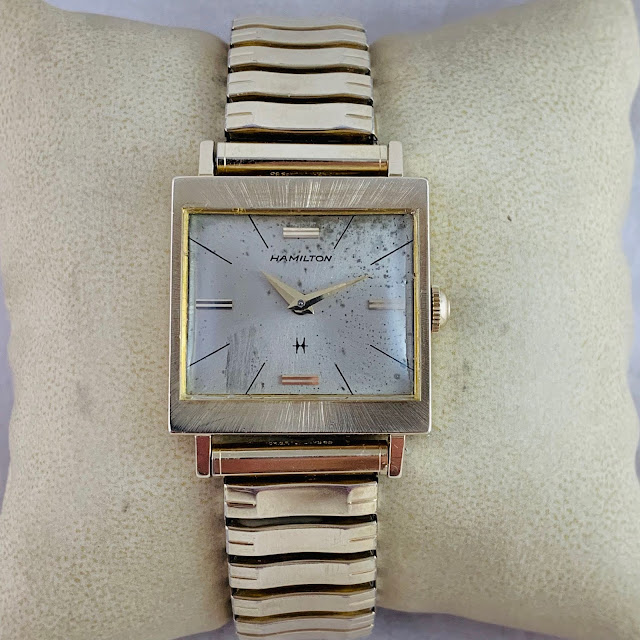 Here's a wrist shot in more flattering light.  Not a bad looking watch but I miss the second hand. 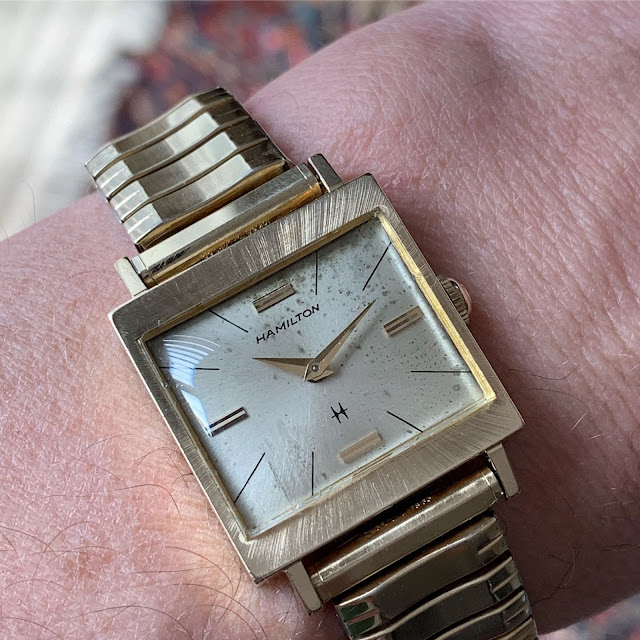