After posting over 700 models, it's getting harder to find new models.  I think I've found most of the easy models to locate but even less common models show up from time to time.  Take for instance the 1965 Thinline 2015 - it was only made for a single year. 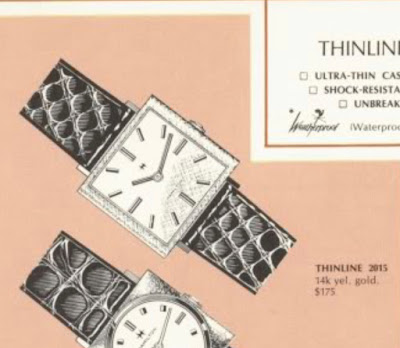 The Thinline 2015 is an interesting model.  Its case is solid 14K gold.  Inside the case is what is effectively a ladies watch movement - which turns out isn't that uncommon for watches from the later 1960s.

My project watch arrived in well-used condition.  The dial is very dirty but it's an original dial and has a unique textured finish so it would be very hard to get refinished properly, based on my experience.  The bracelet on the watch isn't original but it seems to go nicely with the florentine engraving on the bezel. 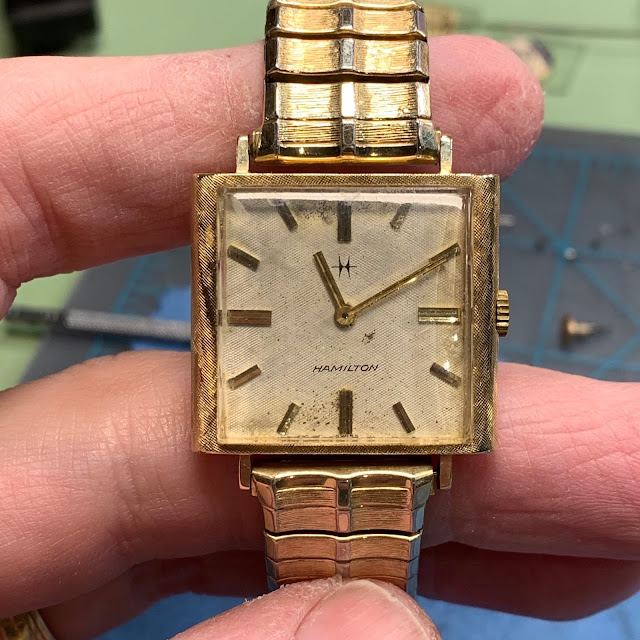 I suspect the crown is a replacement since it doesn't have an H logo but otherwise it fits well. 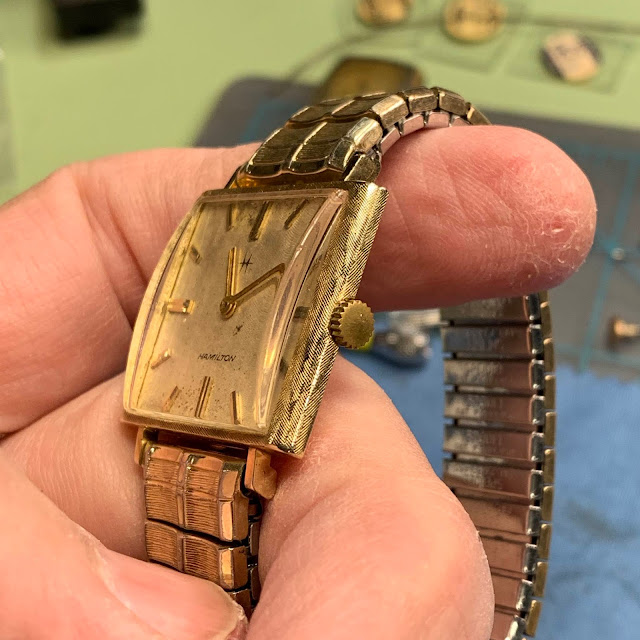 This watch isn't a small watch by vintage standards.  It could easily fit a 12 size 770 movement.  The case back has a unique contour to it, indicating that the movement inside is fairly small or thin. 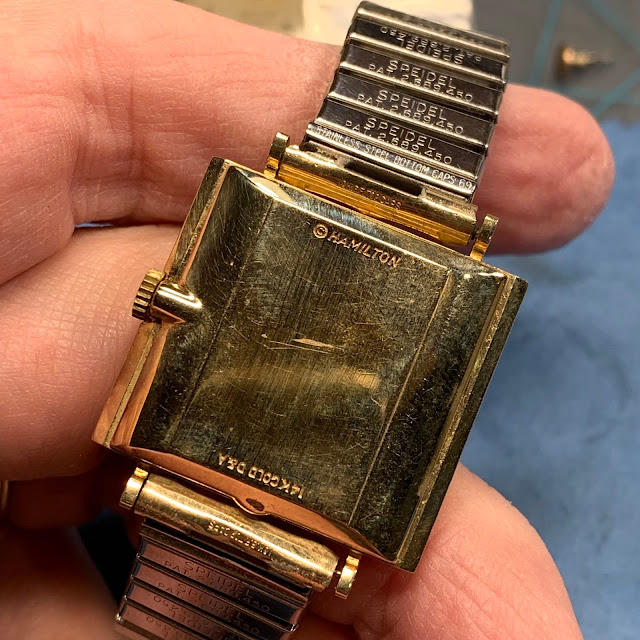 The dial isn't terrible but it is very dirty.  Hopefully a little light cleaning will improve it but I want to take extra care not to lose the finish or the Hamilton printing. 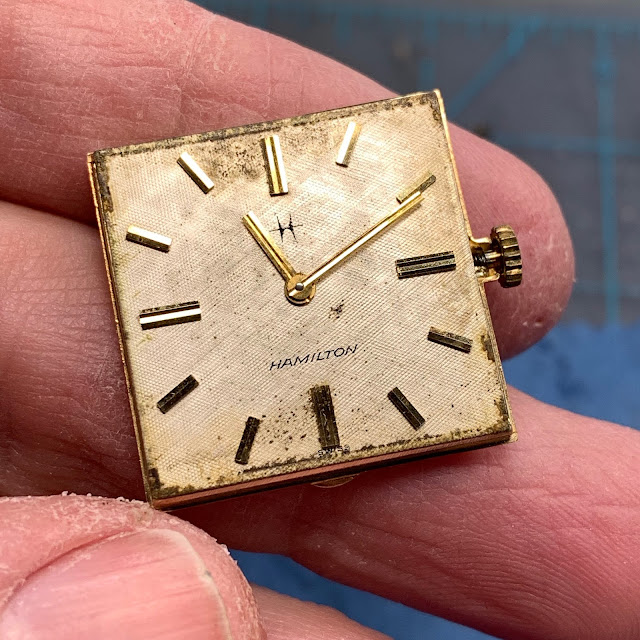 Check out the recess in the case back for the movement... it's round.  That's definitely not for a 770. There are two numbers inside.  The number at the bottom ends with 65, that's the serial number and it indicates the model was introduced in 1965. 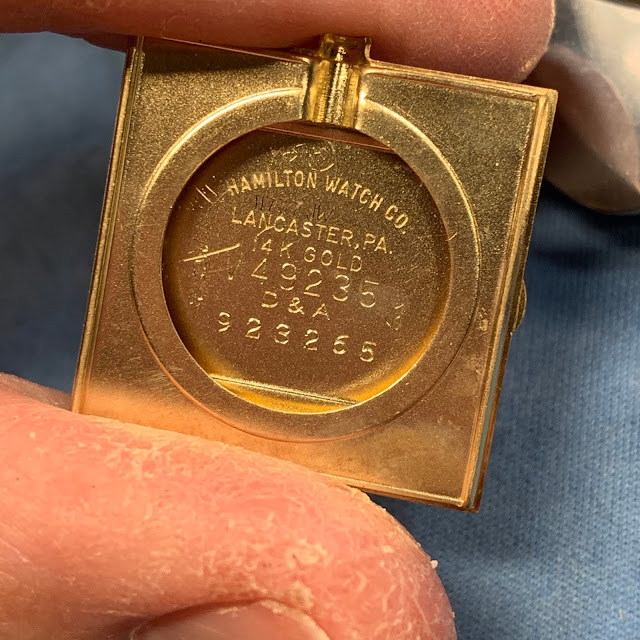 The movement inside is a 17 jewel 680 but you have to look VERY closely, this movement is tiny. 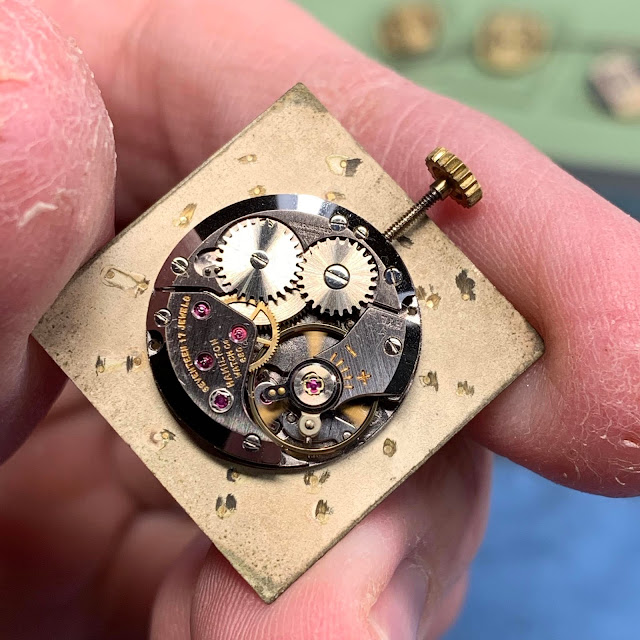 Check out the dial side of the movement relative to my thumbnail... they're the same size. 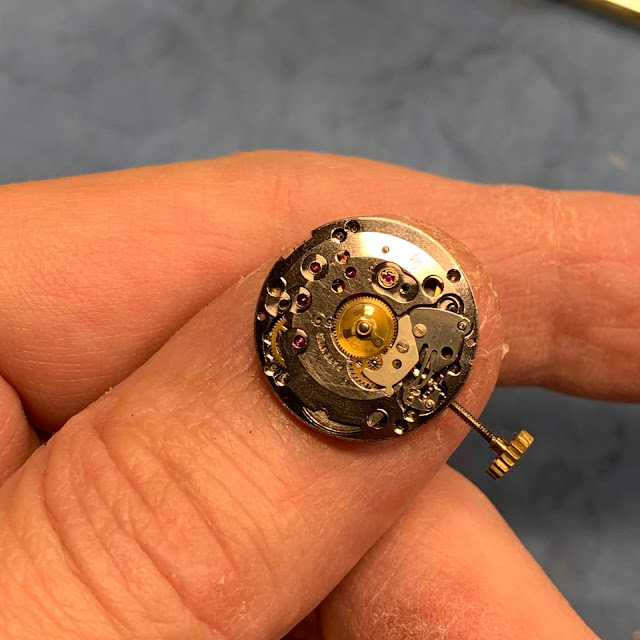 Everything is taken apart and cleaned.  I also polished the acrylic crystal to get rid of the scratches that were on it. 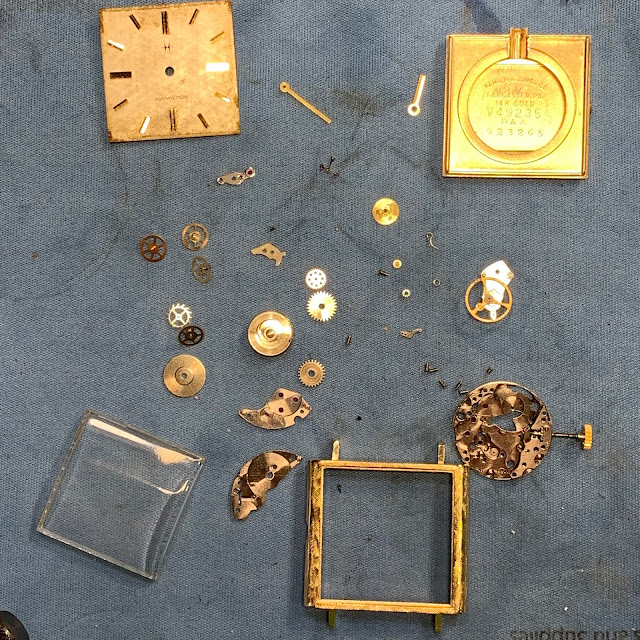 The reassembled movement is ticking away in my smallest movement holder.   Now it's off to the timer to listen to the ticking. 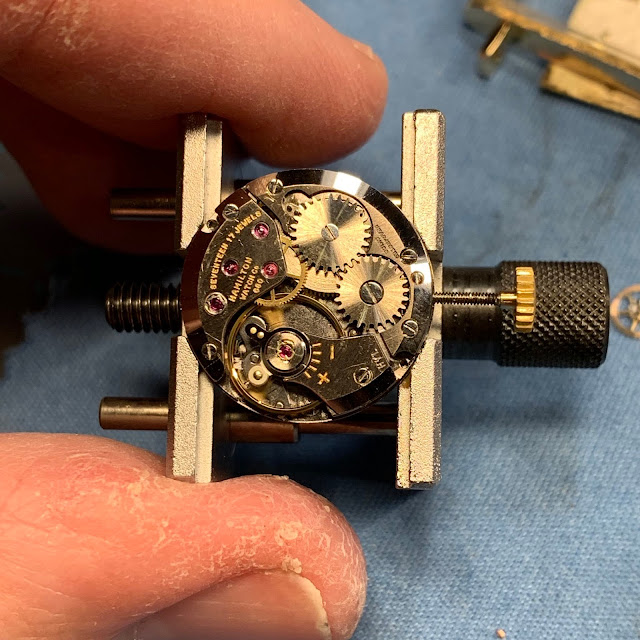 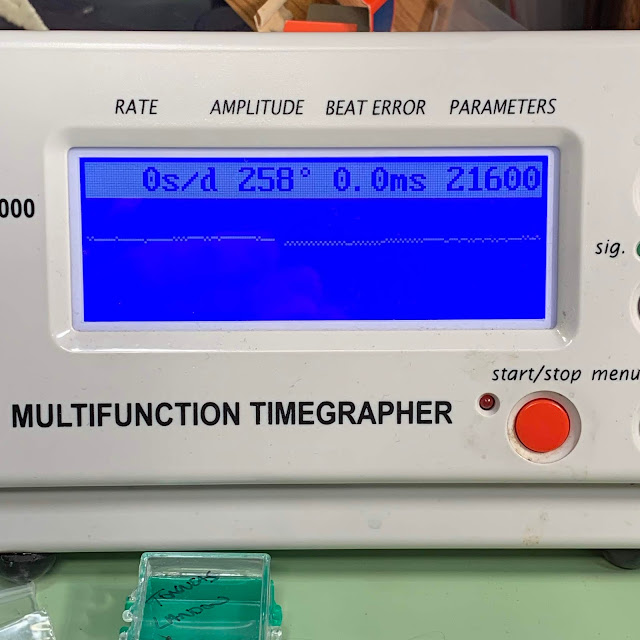 My merciless light tent does not do this watch justice.  Instead it reveals every flaw, including the wear through on the expansion bracelet.  I was going to change the bracelet but I don't have an 18mm strap on hand at the moment. 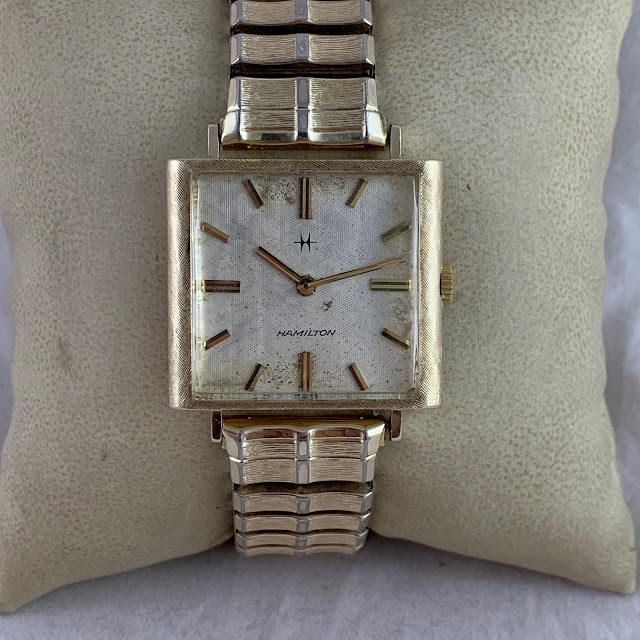 In normal daylight the watch looks much better.  I was able to clean up the dial slightly but this is about as good as it will get without doing something drastic and that should only be done if you're willing to get the dial refinished, which I'm not.  It's not bad looking though, I think it makes the watch look very authentic. 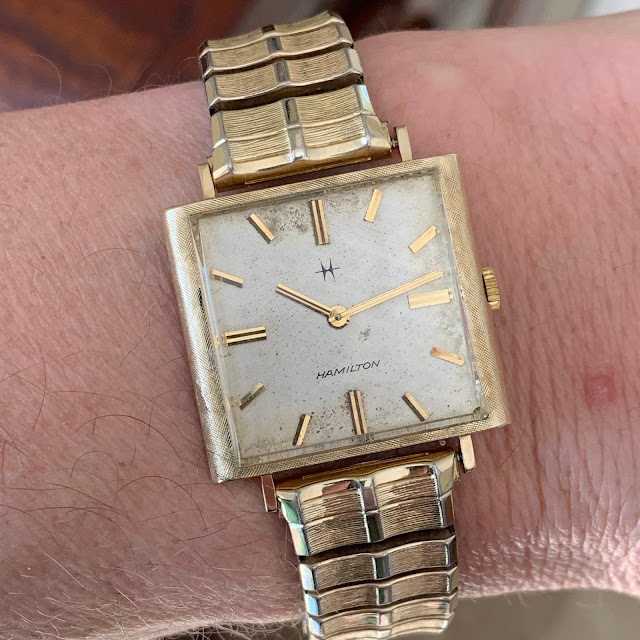