Back in October of 2014 I did a post on one of the most longest-running models Hamilton made - the 1948 Chatelaine.  It's a ladies model and was marketed for "Nurses & Nuns" since it was the first ladies model to offer a sweep second hand.  It's a pendant watch and initially featured the 17 jewel 987S movement until that was replaced by the 748, and eventually the 735, and 736 after that.  It featured a sterling silver case. 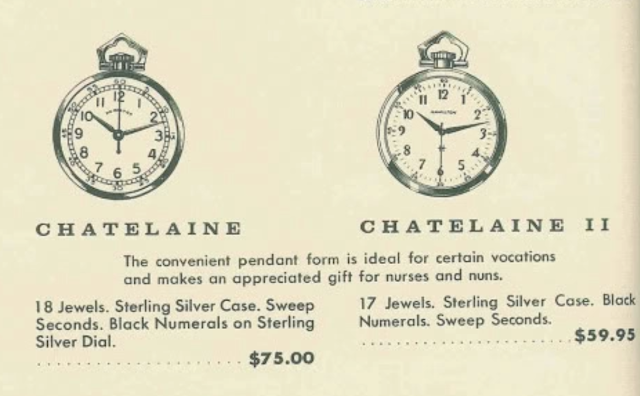 The Chatelaine II was available with a Swiss-made movement and was offered at a lower price point than the original Chatelaine. 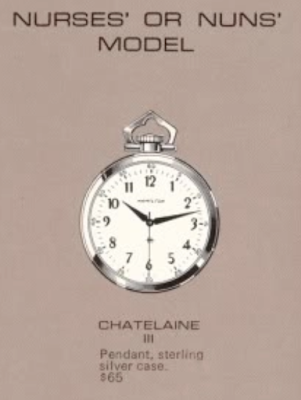 Generally ladies models don't interest me.  They are very small and they all tend to look alike.  Also, unfortunately ladies models don't command as much collector interest, so their value rarely justifies the cost to restore.  I think Chatelaine models are an exception to the rule though, they are a larger and can be worn more like jewelry than a cocktail watch.

I recently purchased a Chatelaine II and it came with a sterling fleur-de-lis mount that complemented the watch nicely. 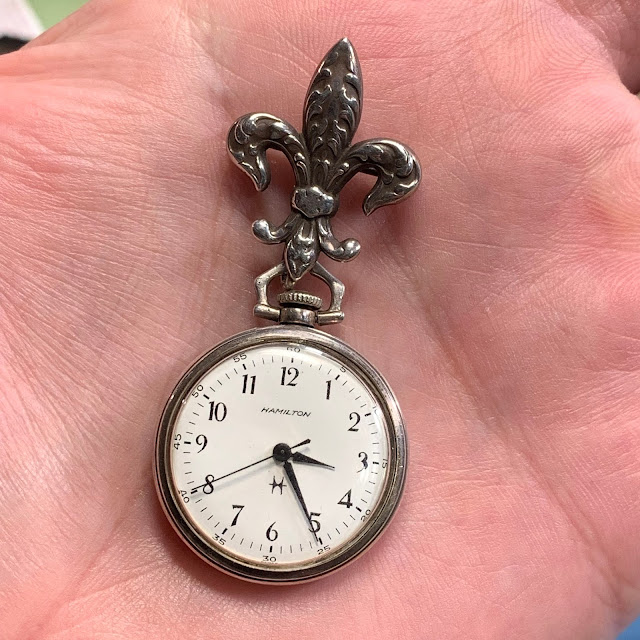 The case back pops off and this watch's back in unengraved.  It's not unusual to find a Chatelaine with a presentation to a nun, teacher or nurse from the 1950's and that makes dating the watch very easy.  I actually restored a watch for a close family friend who is a religious and, by coincidence, she eventually met a person who was the original recipient's best friend.  The original nun had passed away long ago so my family friend gave her the watch as a reminder of her old friend.  How's that for a Godincidence? 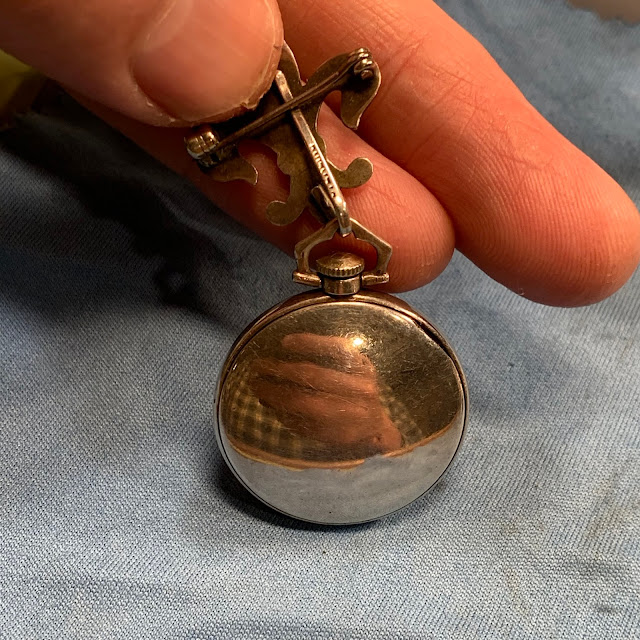 I was very curious to see what sweep second Swiss-made grade would be inside the case.  It's a 17 jewel 610 movement.  It's very small - much smaller than the 18 jewel 8/0 size 735 that would have been in the regular Chatelaine.  Therefore this watch has a large movement ring to fill in the extra space. 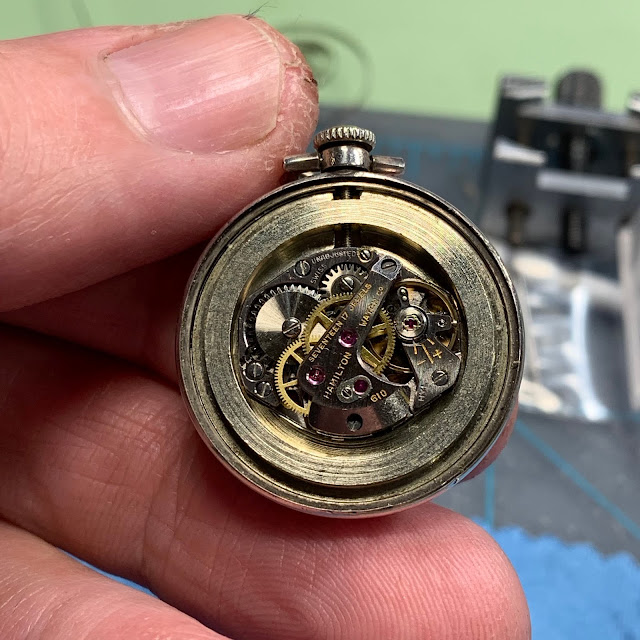 The inside of the case back is clearly a Hamilton case and one of a few models that came in sterling silver. 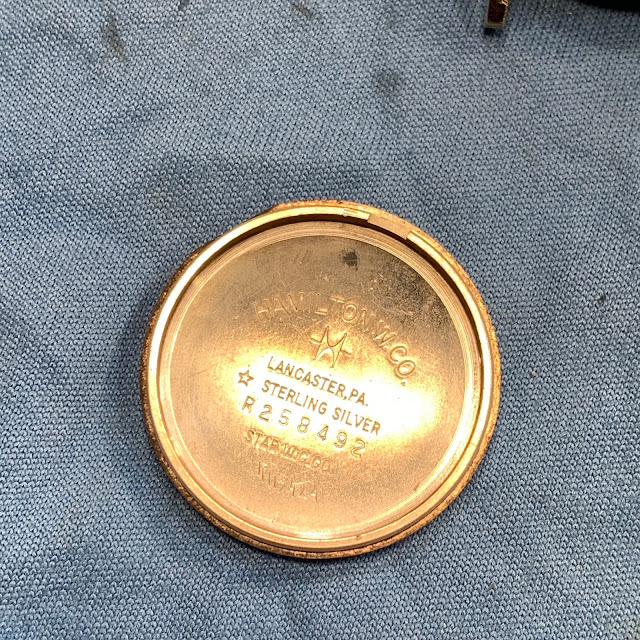 It's a little hard to see but this movement has a shield with FF inside, indicating this movement was made by Fabrique d'Horlogerie de Fontainemelon (FHF), one of many Swiss watch movement manufacturers and the 610 is based on a FHF 62. 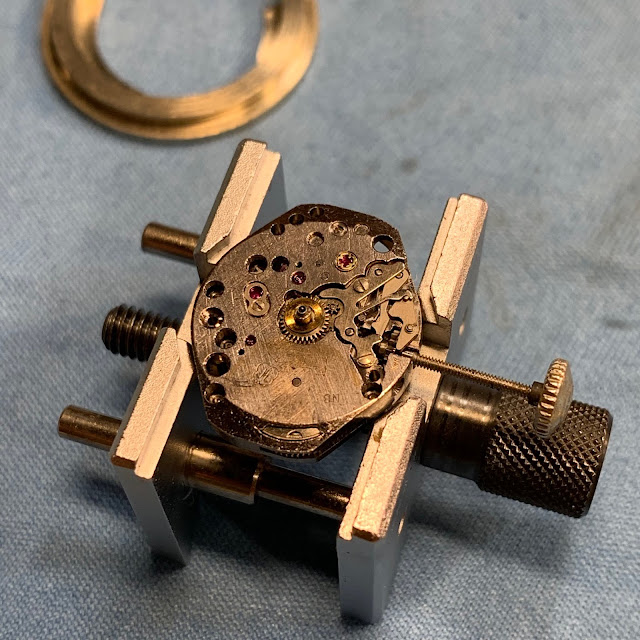 The crown also has the Hamilton logo. 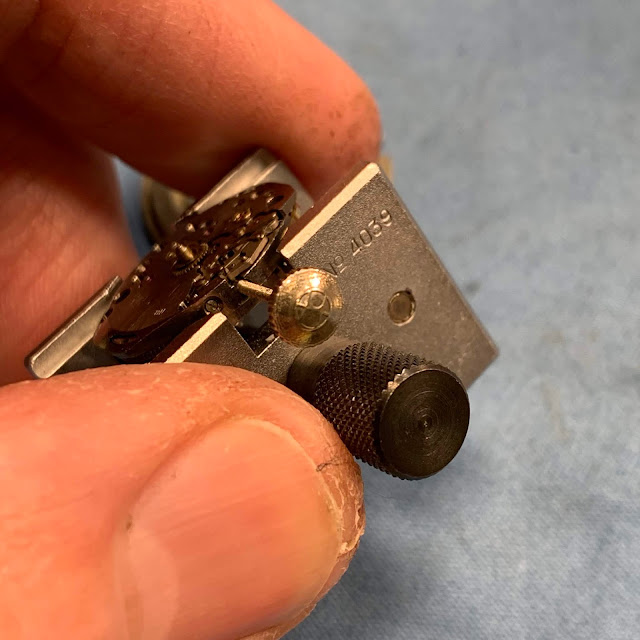 While the parts are in the cleaner I will prep a new crystal for installation.  24.7mm should do the trick.  This is the same crystal I'd put on an Endicott or Secometer. 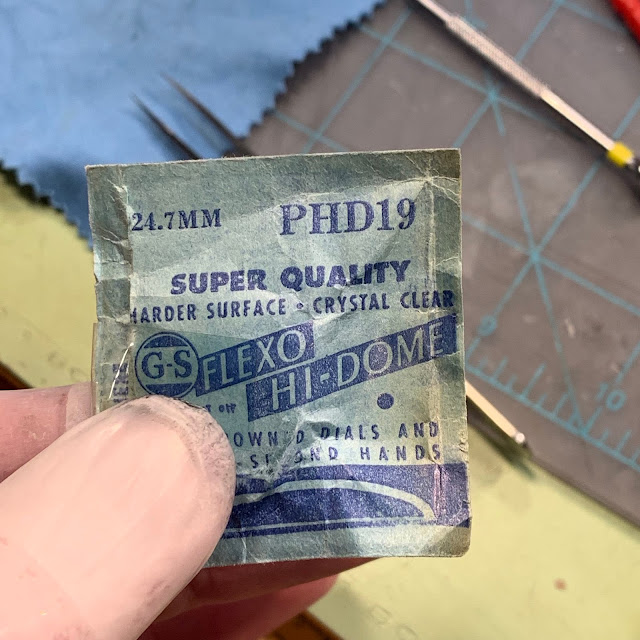 Everything gets taken apart and cleaned.  I think ladies movements are more challenging than men's movements because they are much smaller but they operate the same way. 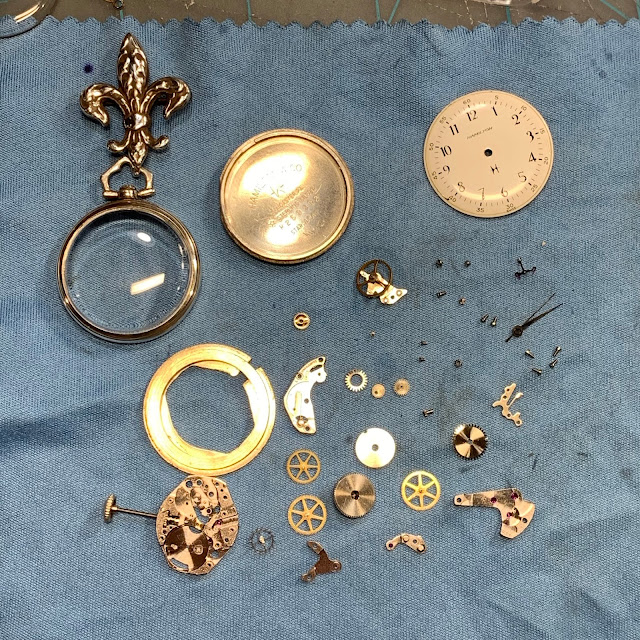 Well, despite my best efforts, I was unable to get the watch to run nicely.  Upon close inspection I noticed something was wrong with the hairspring and it's a little out of shape.  I did not drop it or goof it up so I suspect it was like this at the start (I didn't check).  I can remove it from the balance and try to get it worked back into shape. 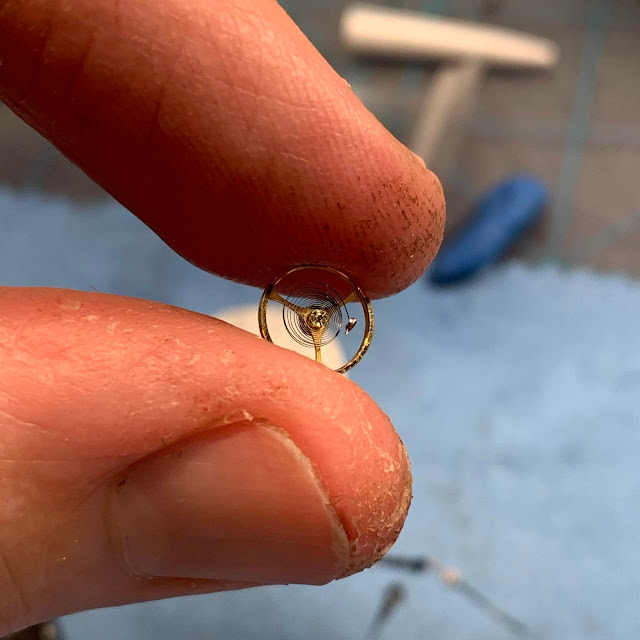 It's also out of flat, that's an even more challenging task to repair.  I have a low success rate with getting hairsprings flat and round.  I usually work with them until I get so frustrated that I tie them into a knot or straighten them out in a fit of desperate rage.  Springs like this one are just so small it's very hard to see what you're doing. 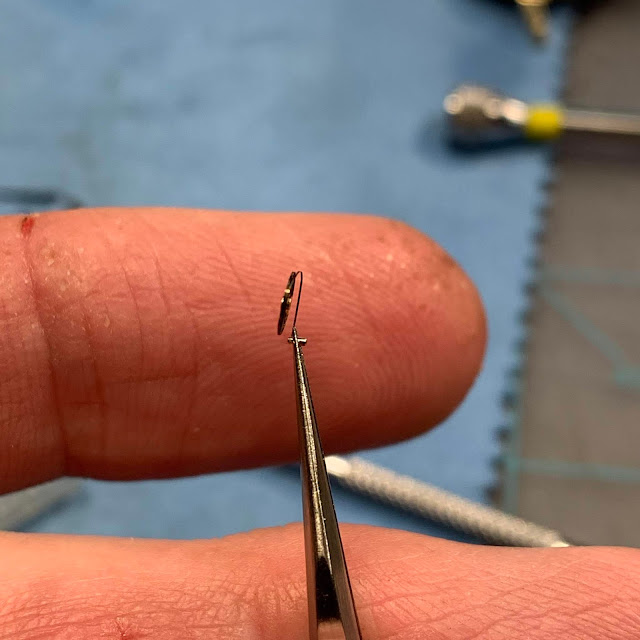 Fortunately a replacement complete balance is only about $15 so I should be able to drop in a replacement without too much difficulty.  In the meantime, here's a sneak preview of what the finished watch will look like. 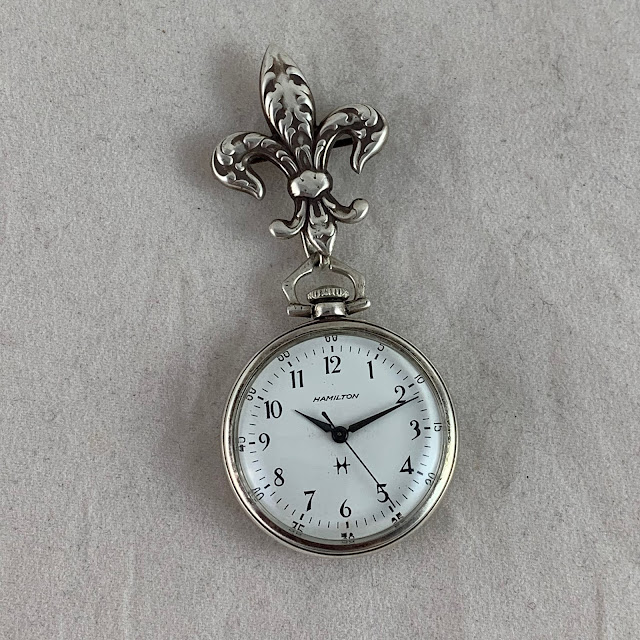 It's not often that I get beat by a watch but it does happen occasionally.  It keeps me humble and it reinforces why I need to listen to that little voice in my head when good is good enough.