One of the 747 models introduced in 1948 was the Eric.  The Eric is a larger watch in comparison to some of it's peers.  It's easiest to identify by the square dial along with the squared, fluted lugs.  Models are prone to wear through on the tops of the lugs, near the corners of the crystal. 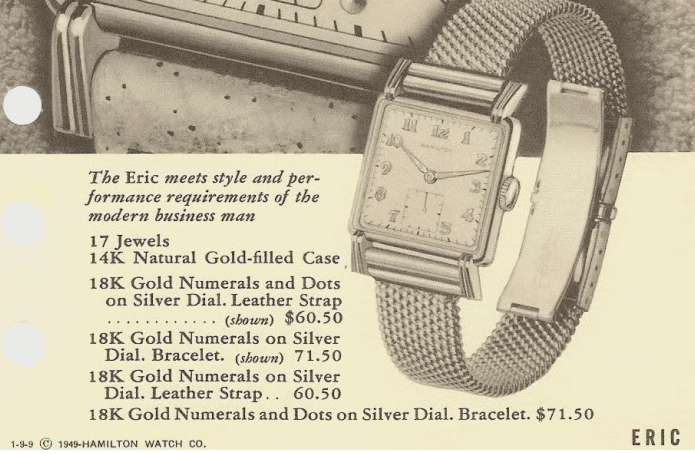 The Eric came in two different dial options.  One is a butler-finished AGN dial with numerals and the other is a two-tone white / butler finished dial with numbers and markers. 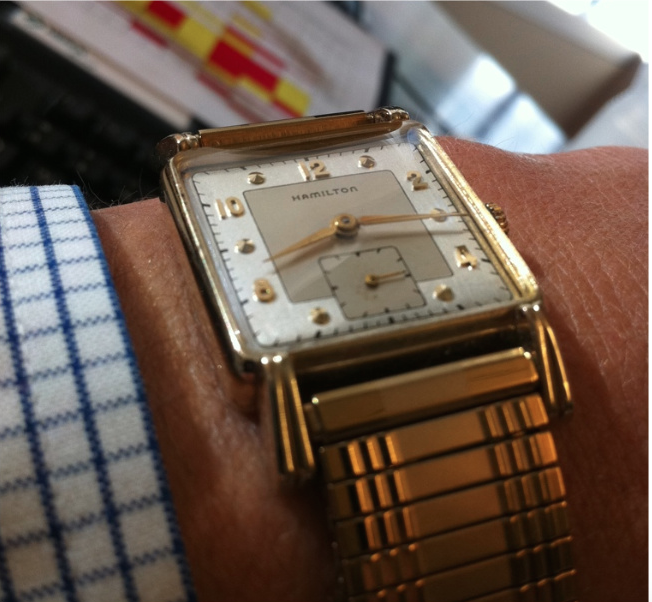 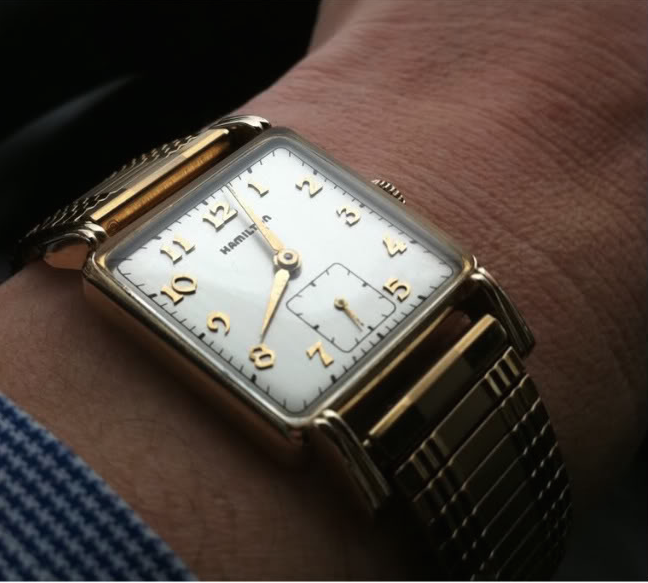 The Eric is sometimes confused with the Dewitt, from the same period.  The Dewitt is slightly smaller, has a white-finished dial and although the lugs are similar, the inside and outside of the Dewitt's lugs are different lengths. 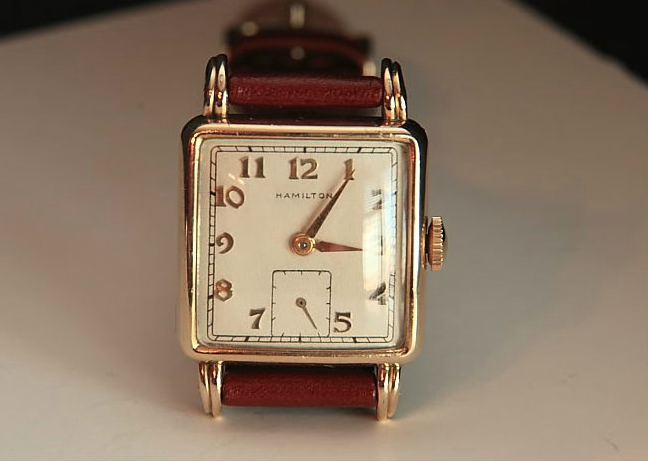 Here's a couple of photos of an Eric with the all numeral dial complete with it's original bracelet made by Kreisler, just like as shown in the catalog. 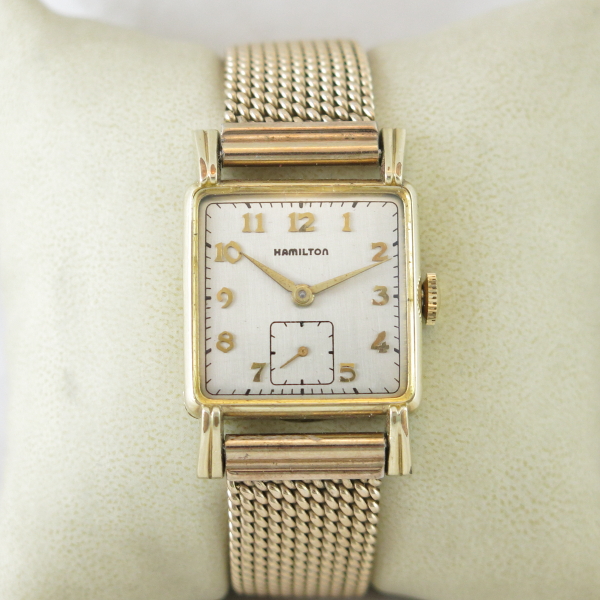 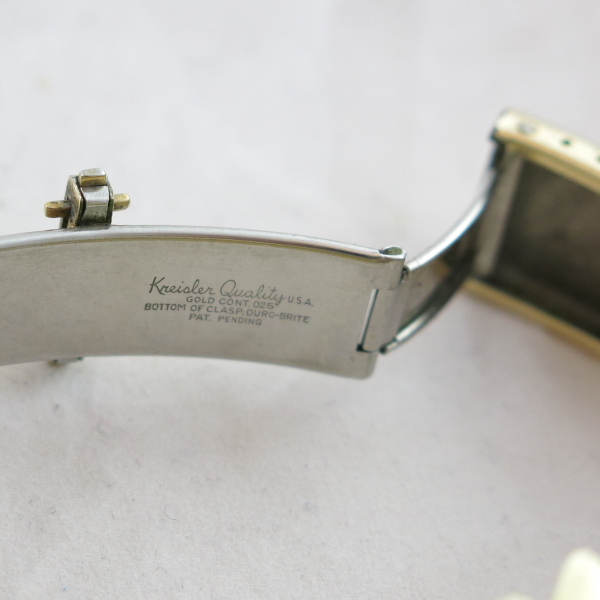 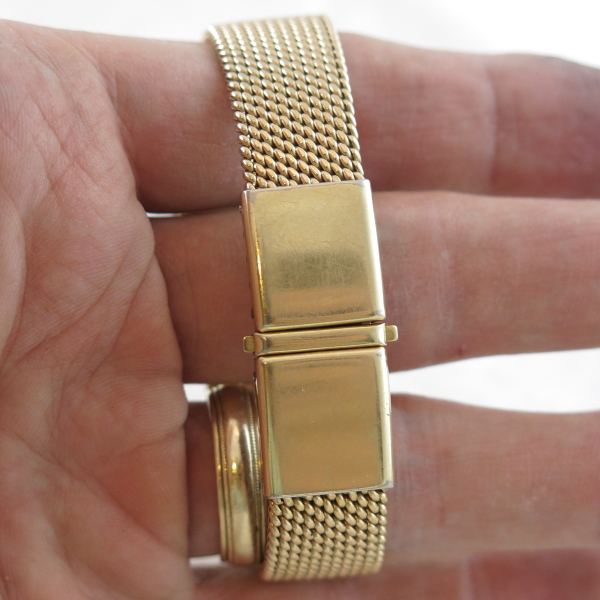