In 1924 Hamilton introduced the first 6/0 sized wrist watch for men... the Cushion.  In another year or so a second wrist watch would be available - the Square.  But for 1924 the choice was simple... the "Man's Strap Model". 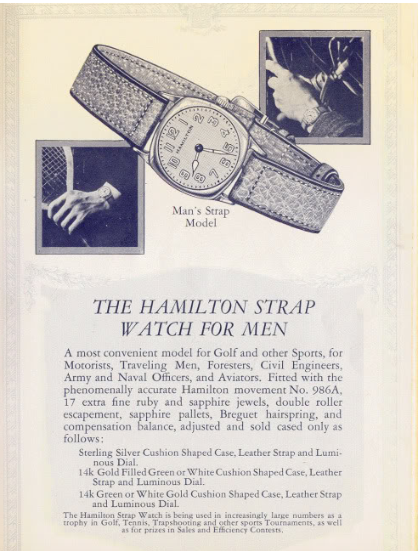 The Cushion came in solid green or white gold as well as gold filled in the same colors.  It's also one of the very few watch models that was available in silver.  Dials were typically luminous designs.

The principle movement you'll find in a Cushion is the 17 jewel 986A.  This movement has no seconds hand.

You might occasionally find a 986 movement and a dial with a "seconds at 9" sub second register.  The 986 was a ladies pocket watch movement.  When rotated 90 degrees to accommodate a stem at the 3, the seconds register moves to 9.

A friend of mine recently sent me one of his project watches - and it was a real "diamond in the rough" as they say.  It came in it's original blue box with cardboard outer box too. 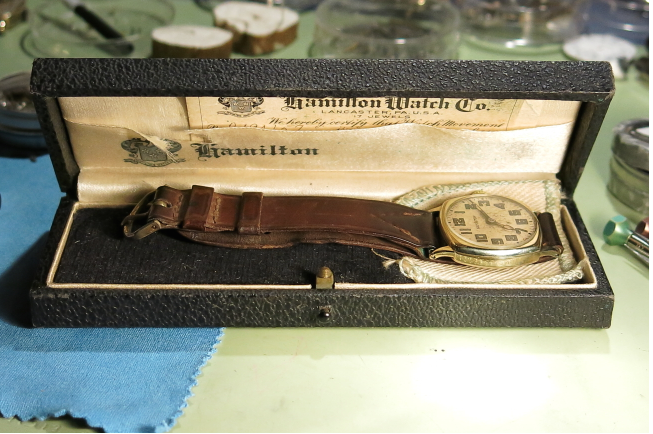 As received, it was missing it's crystal and was not running.  The lume had also partially fallen off the hands. 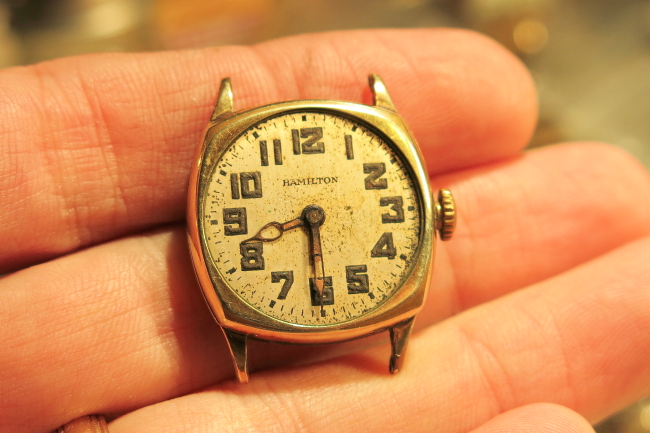 This Cushion design was reproduced during WWII when Hamilton sold excess 1920's movements in 10K gold filled cases.  986A and 986 movements were used for these watches.  The easiest way to tell if a Cushion is a 1920's model or a 1940's model is to look at the case material.  As you can see below, this case back is 14K gold filled. 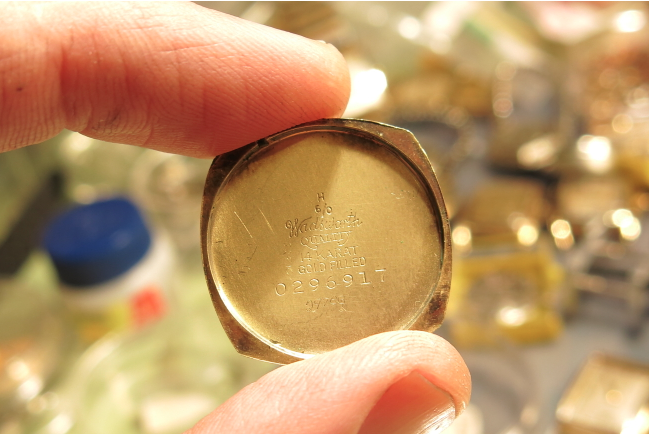 A quick look at the movement revealed that it was pretty dirty.  Dirt is a common reason a watch will stop running.  However, this watch also had a broken balance staff.   The balance staff is the axle for the balance assembly - that's the part that rotates back and forth and allows the watch to keep time.  If the balance wobbles at all it's quite likely one of the balance staff pivots is broken or worn away.

Like all the wheels, the axles have tiny well-formed points on the ends that ride in the jewels.  These points are called "pivots" and they can be easily bent or broken by mishandling the movement or dropping the watch.

Changing a balance staff requires specialized tools in addition to experienced hands.  The tools are quite expensive and on my "to buy someday" list.  So - my only solution for a broken balance staff is to take a complete balance assembly from a donor movement. 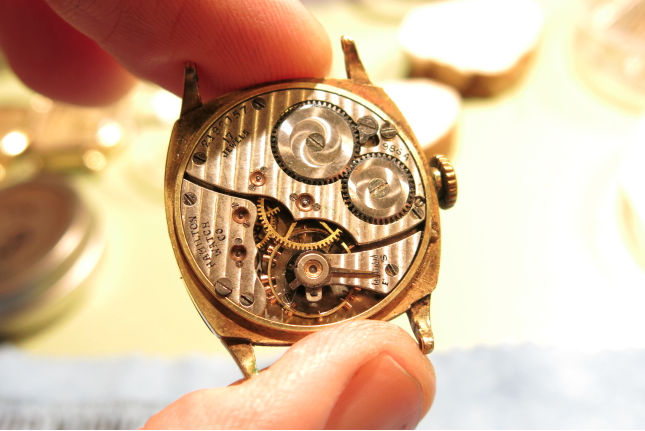 I'll spare you the blow-by-blow disassembling, cleaning and re-assembling of the watch movement - but it goes like any of the other overhauls I've posted.

While everything was in the ultrasonic, I shaped a new domed glass crystal to fit the bezel opening and polished the case.  The mainspring was also "set" so I replaced it with a new mainspring to give this watch plenty of new life.

Once the new "donor" balance assembly was installed everything was reassembled and it's ready to go back into regular service.  I left the hands as is - as putting fresh lume on an old dial looks like new shoe laces on a pair of old sneakers... pretty silly.  I also think semi-skeleton hands on an old dial gives the watch an authentic vintage look. 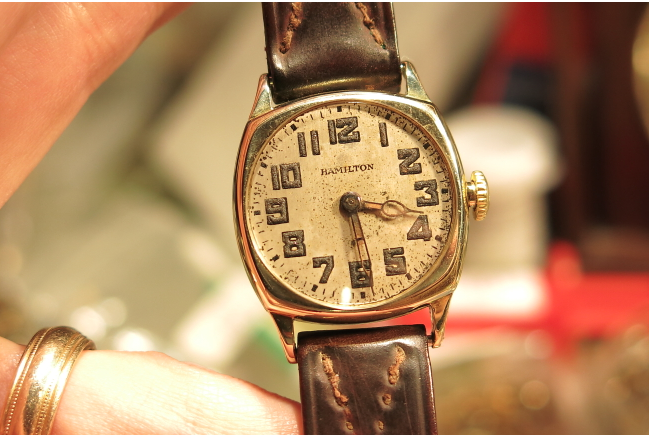