The 1953 Hamilton Raleigh was only made for one year and it's a fairly uncommon model.  It's also the second model to feature the Raleigh name - as the original Raleigh was introduced in 1930. 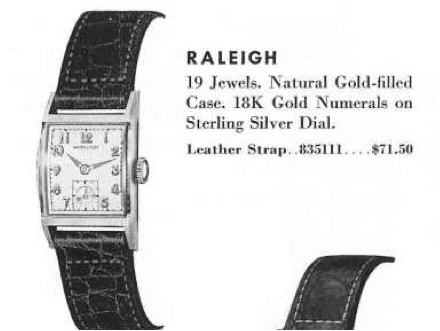 The Raleigh features a 10K gold filled case in yellow.  The dial is sterling silver with solid 18K gold numerals.

You may recall that solid gold models got the 982M movement - called a "medallion movement".  The replacement for the 982M was the 12/0 sized 754 movement, also with 19 jewels.  The 754 is largely the same as the 753 except that it "has superior finishes and features comparable to the well-known Hamilton Medallion series of movements."  So if you see a 754 movement in a gold filled case you know it's a replacement. 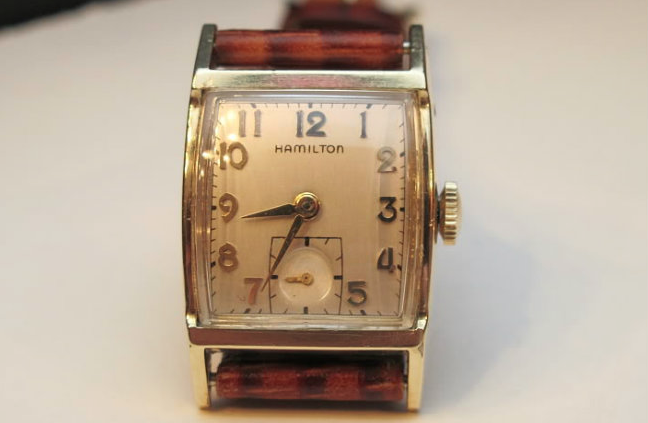