The Scott came in a 10K gold filled case, either in yellow or white.  Like other period designs, the Scott  typically shows wear to the top of the lugs and along the bezel near the crystal.  The edges of the case back will often exhibit deep wear.

The trick to getting a nice Scott is to get one with a nice case.  The rest can be easily restored.

I purchased a Scott a while ago and I thought for sure it was yellow gold filled based on the seller's photo.  The hands had me a little puzzled though. 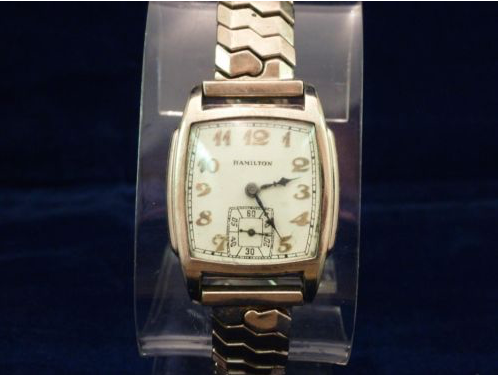 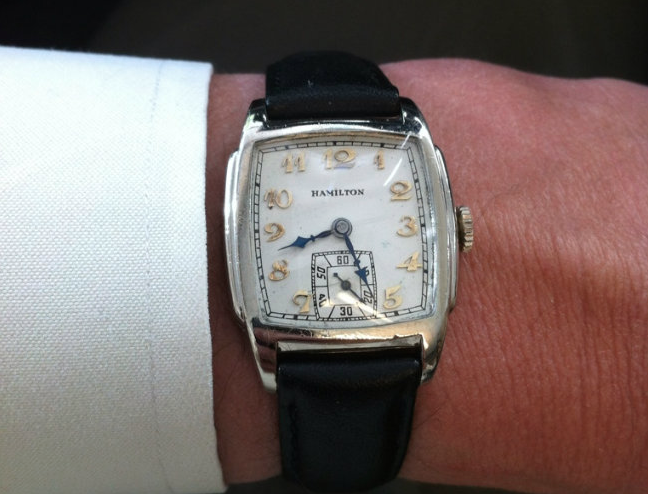 One bit of Hamilton trivia is back in 1920's and 1930's, white models with AGN dials shared the same dial with yellow models.  So the numerals were solid yellow gold.  To differentiate yellow models from white, the white models got black hands.  So if you see a loose movement for sale with black hands and yellow numerals - it most likely came from a white gold case.

Here's a nice example of a luminous version of the yellow Scott.  I don't know what font style the numerals are but I think this is one of the coolest dial patterns Hamilton used. 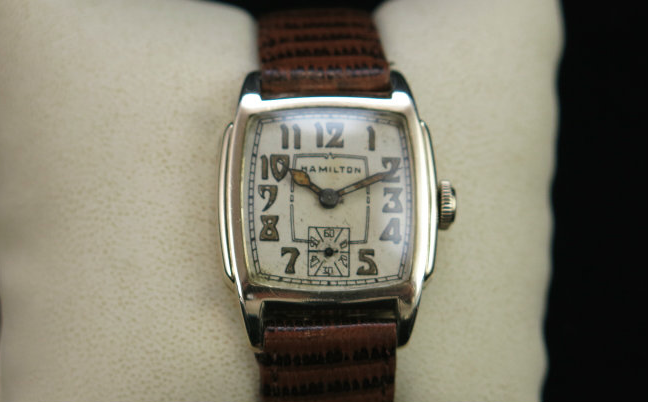 And here's a wrist shot of a very nice white Scott with the black enamel dial - courtesy of fellow Hamilton enthusiast, Tom Diss. 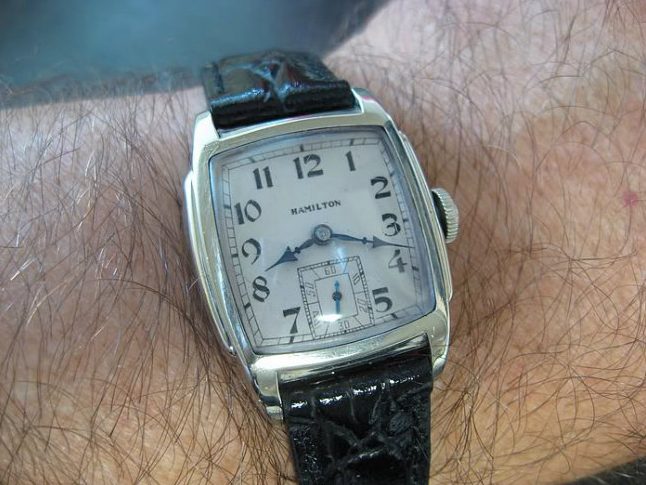