The 1953 Hamilton Ryan was produced for two years and it's a very unique model.  There's a couple of reasons for calling it unique.  First is the variations that were offered and the second is it actually has two different movements over the two years of production.  I was surprised to learn that, myself. 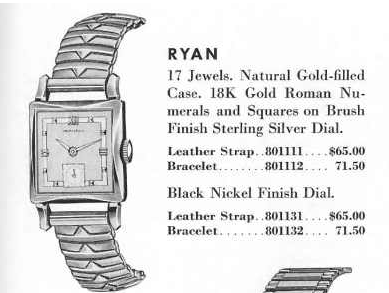 That makes for an interesting watch in its own right... different colored cases and different colored dials.  I always thought the Ryan came only with a 12/0 sized, 17 jewel 752 movement.  However, I recently restored a Ryan-B for a friend in the UK with a different movement.

When Hamilton discontinued movements but continued the model, they added a "-B" to the model name.  There are lots of -B models but they were not usually listed in the catalog though.  I always thought there was just a Ryan but that is not the case.

The Ryan B has a 17 jewel 747 movement - which was produced before the 752 was introduced and also after the 752 was discontinued.  So I would assume sometime in 1954 the Ryan-B was made.

As received, the watch I restored was in fairly good shape but the dial was faded and lost most of it's markings.  It was missing the second hand and the hour hand was incorrect. It didn't run very well either.  Other that that, it was great! 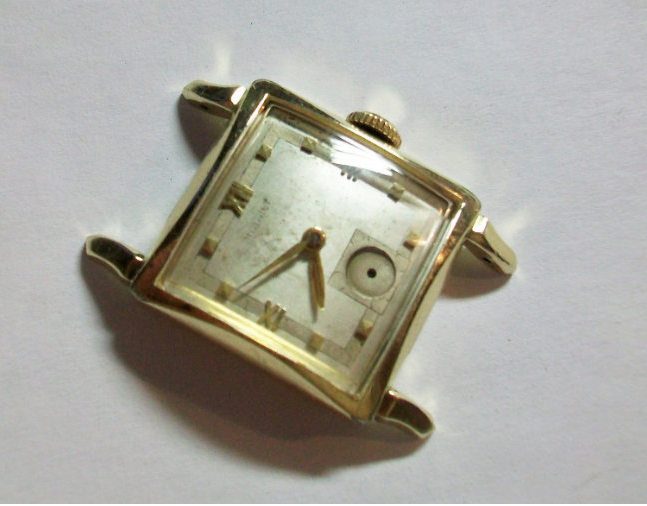 With a fresh redial, a thorough overhaul, and some new hands, this Ryan is ready for more wrist time.  It is currently "crossing the pond" on it's way to England. 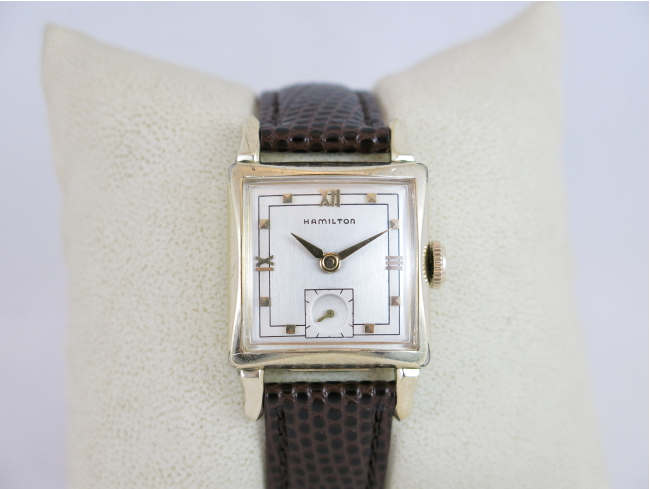 UPDATE - Jan 2, 2015 - I happened upon another Ryan-B, this time with the white gold filled case and an original black dial... very nice! 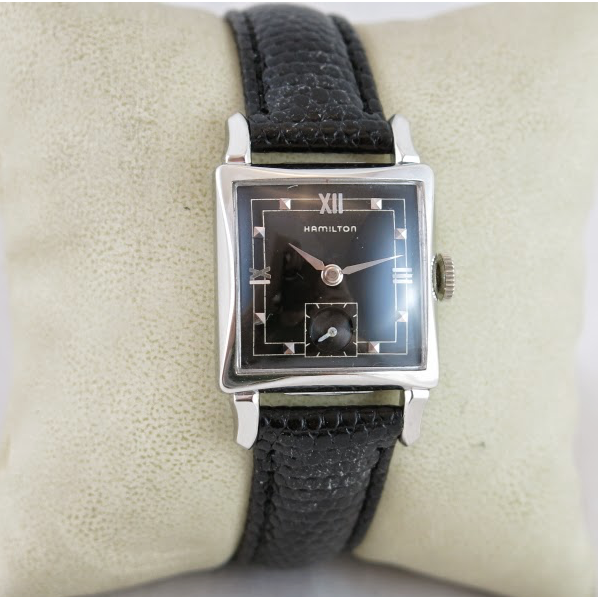