The Hamilton Milton was introduced in 1948 along with an abundance of new post-war models.  It's a great example of a stylish dress watch.  It was made for five years and produced through 1952. 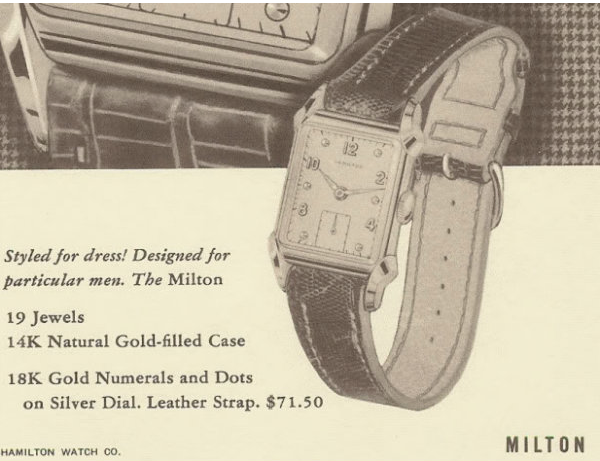 The Milton utilized the 14/0 sized, 19 jewel 982 movement and came in a 14K gold filled case.  The dial has solid 18K gold numerals and dots on a silver dial.

A while ago I purchased a black dialed Hamilton Brandon on a complete impulse buy... one of those "closes in 30 seconds" auctions where I pulled the trigger without much time for investigation.  When I received it I realized that the dial was not a Brandon dial after all.  The Brandon has all numerals and I should have known better (the seller should have too).  Here's what I thought I was getting... 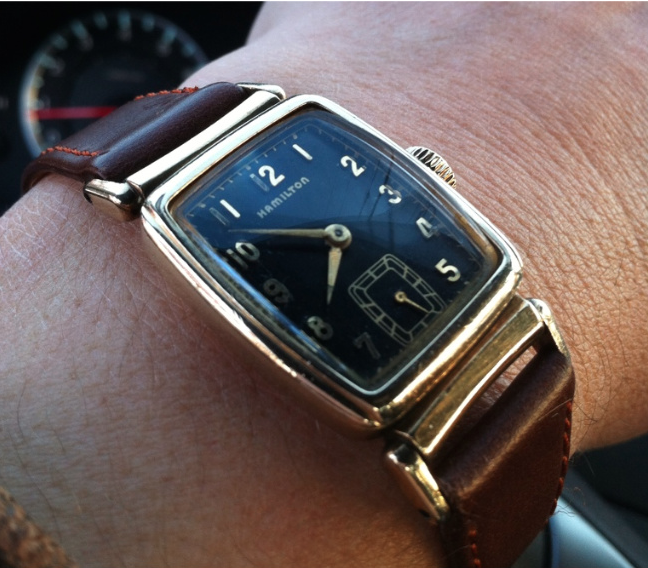 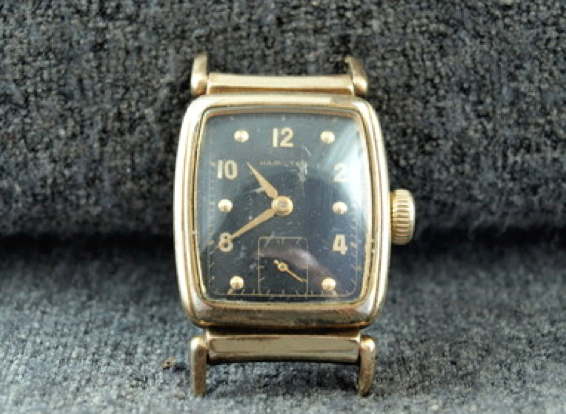 I should have known immediately that it was a Franken, as the minute track doesn't really fit the bezel opening very well.  But Black dialed Brandon's are uncommon so I thought maybe I got lucky.  A little exploration of dial patterns revealed it was a Milton dial.  Fortunately I didn't pay very much for it and I could use it for a spare movement anyway.

The crystal was pretty beat up but the dial underneath was actually quite nice... albeit refinished.  So I decided to find a Milton case in need of some TLC.

Being made for five years, finding a Milton didn't take too long.   As you can see in the photo below, the watch I found definitely would benefit from some restoration. 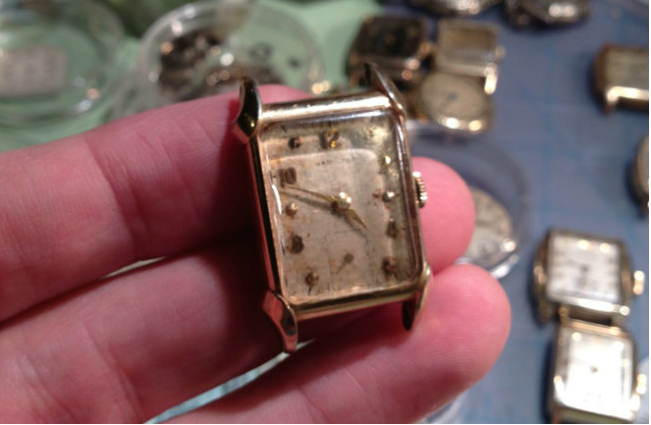 Of course, once I received it I was a little disappointed to see the case was really worn, mainly on the corners, front and back. 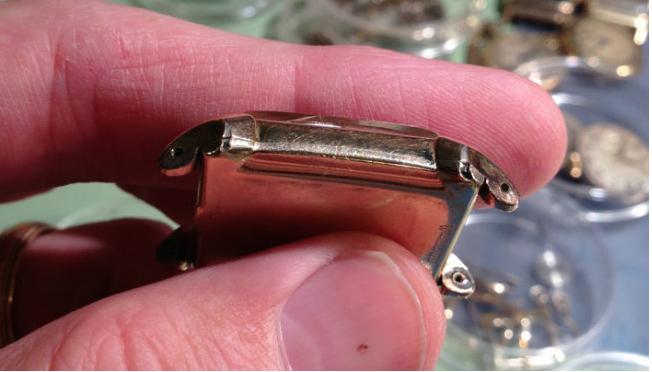 If you look in my December posts you'll see I explored fixing some gold filled cases by sending them to a talented goldsmith with a laser welder.  The Whitman I restored was a total wreck but turned out surprisingly well.  I also sent this Milton case.  If I didn't tell you it was restored I bet you wouldn't even suspect!

Check out these photos of the same watch, with the black Milton dial installed along with a fresh glass crystal. 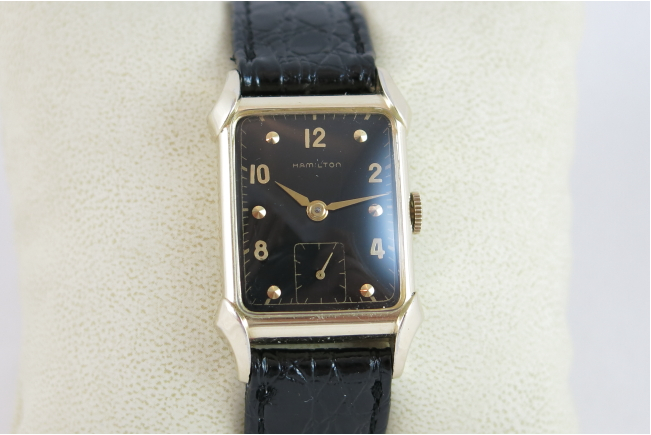 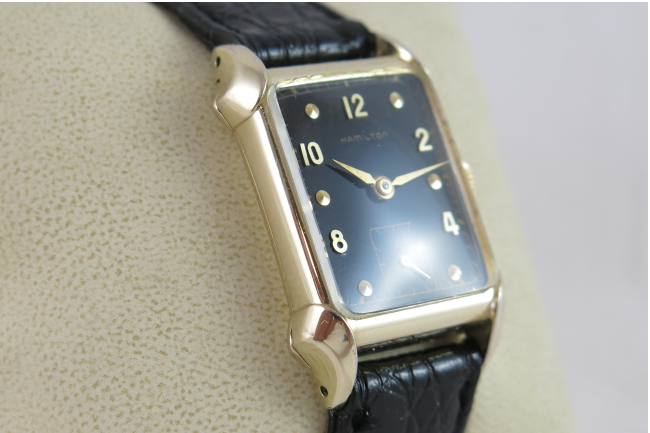 Looks great on the wrist too! 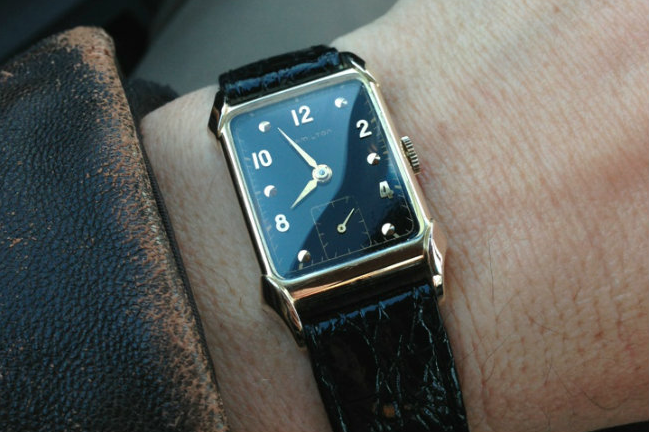