Part of the Men's Medallion Series, the 1962 Lindsay is the second model to bear that name (the other was made in 1953 for one year).  The 2nd Lindsay was produced for twice as long - and only made for two years.

As part of the Medallion Series, the Lindsay is a higher end watch in the Hamilton line up.  It featured Hamilton 12/0 sized, 22 jewel 770 movement.  The case is 10K gold filled and the silver dial features solid gold numerals and markers.

To me the Lindsay is an nice example of the classic 1960's "TV-shaped" watches.  The barrel shaped case has a square-ish shaped bezel.  There are a number of additional models that would be produced in the 1960's square TV-shaped bezel openings. 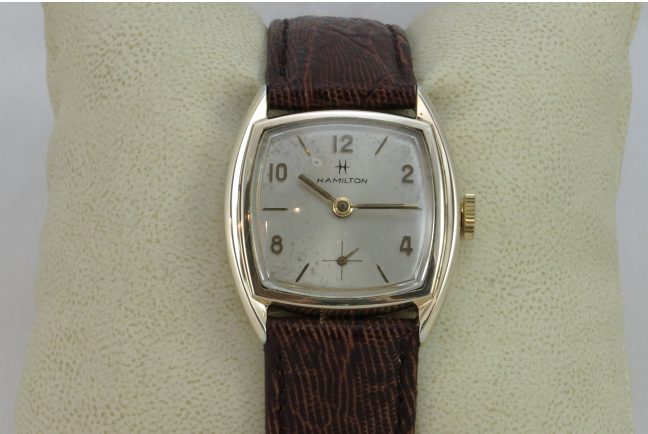