The Hamilton Paxton is an interesting anomaly among Hamilton models.  It has a "B" model that precedes the regular, non-B model.  Generally the B model follows the regular model and represents a change in the movement used.  Many times the catalogs don't even state the change... the B just shows up inside the case.  You can't tell the difference between a regular model and a B model from the outside. 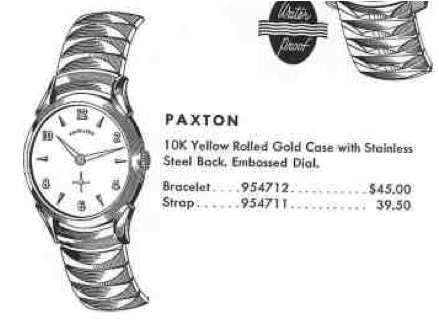 I recently received a Paxton B project watch.  As received, it was quite dirty and a little scratched up.  However, it was running so I knew it would make a nice project watch. 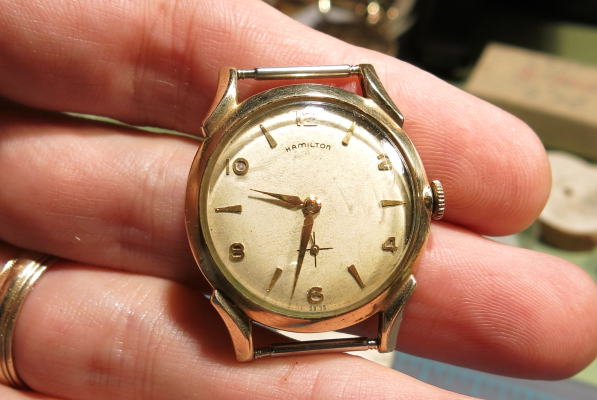 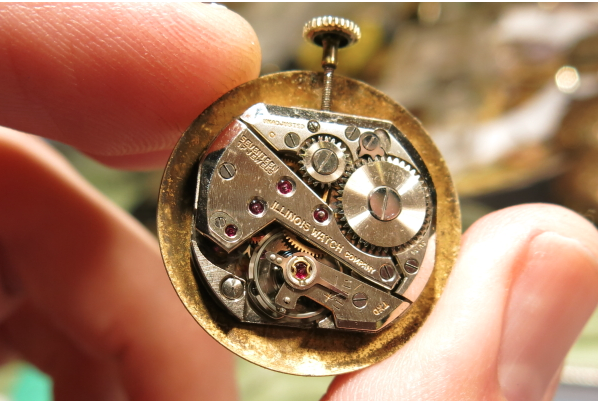 The dial was dirty, but original with a nice white finish and embossed gold numerals and markers. 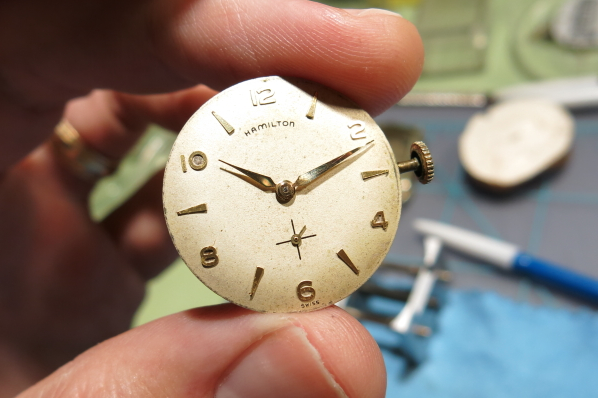 The Illinois movement is Swiss-made and it's stamped ETA and 1220 under the balance.  So this is an ETA 1220 - which is what I would need to know if I needed to buy a part for it. 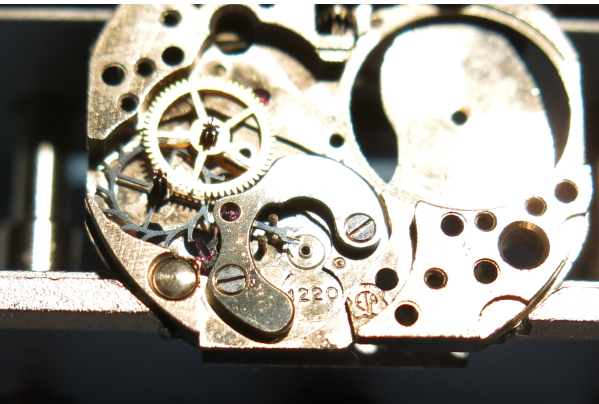 And here it is all cleaned up and timed after a fresh overhaul, the crystal polished, the dial lightly cleaned and a new black alligator-grain strap installed. 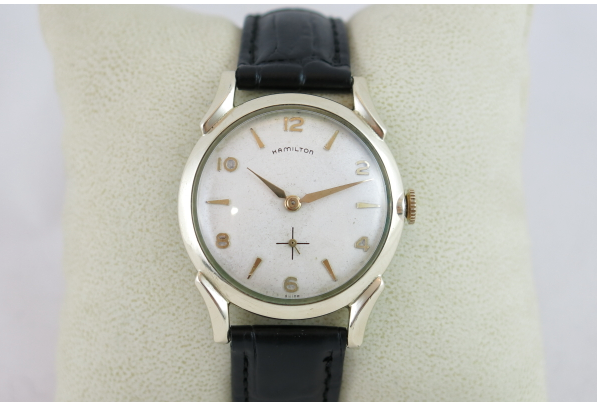