If you follow my blog you may have wondered, "What has HandyDan been up to lately?"  The truth is I've been taking a little break from watch collecting and the few watches I have been working on have been repeats of other watches I've already showcased.  So the few postings I've done lately are only "new" things I have to share.

However, I have recently obtained a few more project watches that are models I haven't seen before so I'll have more to share with you later this month.

Just to start things off, here's a 1957 Colby.  It was only produced for two years and you don't tend to see them very often.  In fact, I had to look in the catalogs for quite a while to identify it.  Here's why...

In 1956 Hamilton introduced the Colby B.  You may recall from the Paxton that I posted last month that there was also a Paxton B.  I posted a Cabot B in October.  The Cabot, Colby and the Paxton are three of a few models where there was a B model in 1956 and a "regular" model in 1957.   Oddly, the Colby B and Cabot B have Illinois movements while the Paxton B had a Swiss movement - it makes me wonder if maybe I have the Paxton models backwards but I'm pretty sure (based on my memory) that the Paxton B I had a few years ago had a round Swiss movement.

Anyway, unlike the Paxton and Cabot though, the Colby and Colby B have different dials - which is why I had a hard time identifying my Colby. 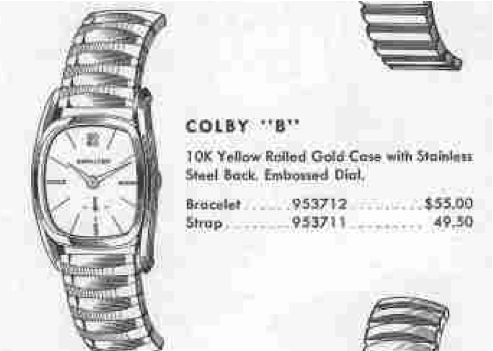 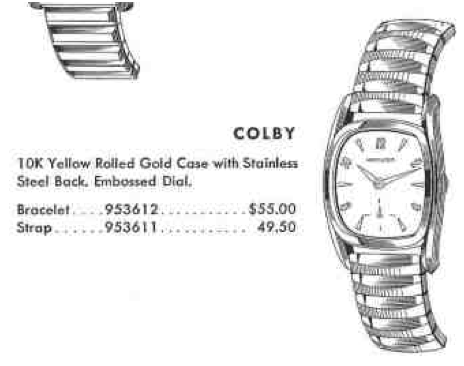 The Colby comes with a 10K rolled gold plated bezel and a stainless steel back.  The Colby B has an Illinois movement while the Colby has a Hamilton 673 movement.  The dial is butler finished with embossed gold-colored markers and numerals.

My project Colby was very dirty when I purchased it at a local shop.  If you've got an eye for details you'll probably note that this watch still has it's original bracelet! 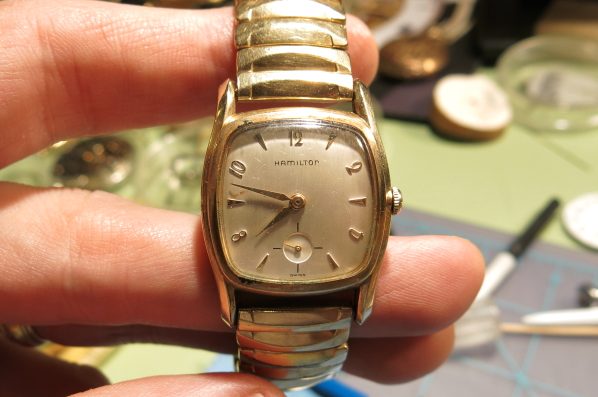 The dial is excellent - just a little dust to remove, otherwise it looks like new. 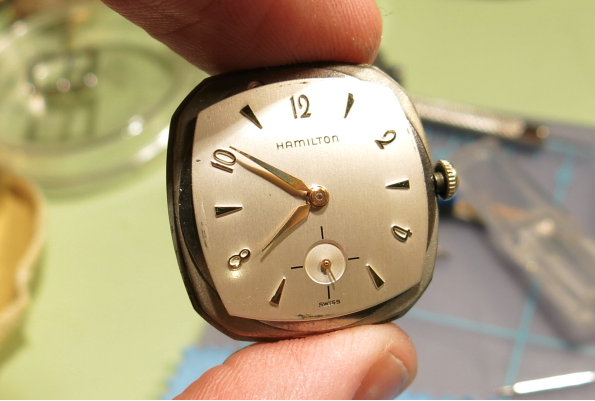 The Hamilton 673 was made by A Schild, a Swiss manufacturer and is identical to the AS 1200.  In fact, you can still buy a brand new AS 1200 today - it wouldn't say Hamilton on it though. 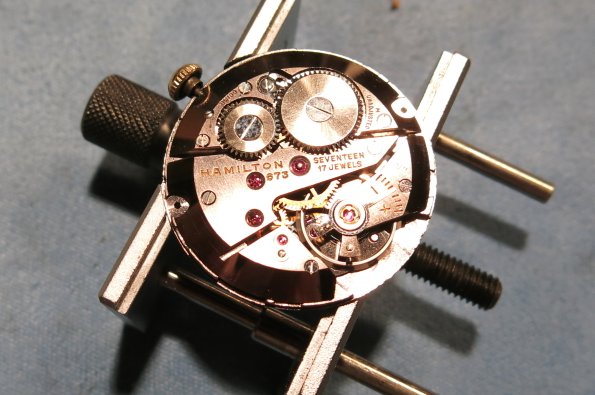 I'll spare you the blow-by-blow details of how I took it apart, cleaned it and reassembled it.  But suffice it to say that it turned out great and here it is running on my timer at about 9 seconds fast per day. 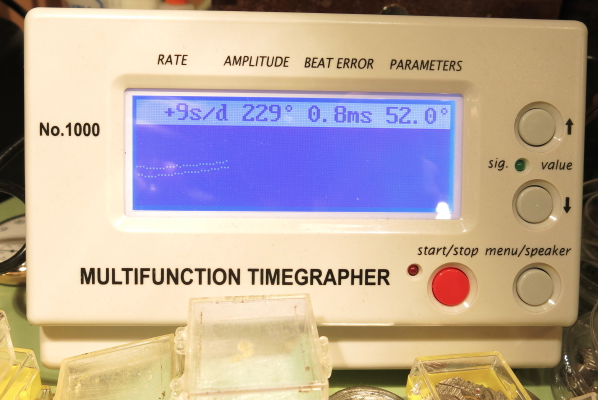 Once it was all cleaned up I'd say it's a night and day difference.  The glass crystal has a couple of scratches but otherwise this watch turned out fantastic. 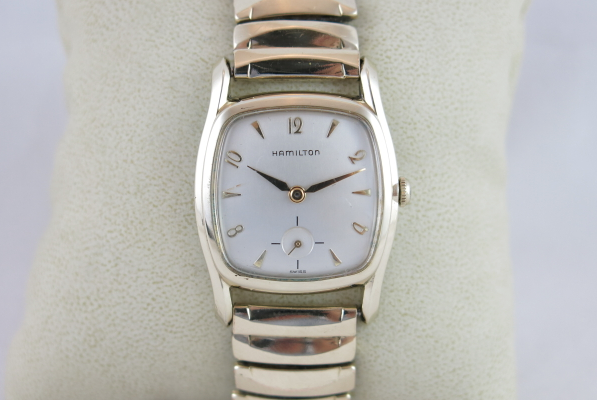