Hamilton produced a number of M-series watches during the 1960's but I've only seen them in the catalogs for one year - 1964 and I'm not really sure what the background on the models is.  There are at least a dozen different M-series watches from 1964 in both manual winding and automatic movements.  One theory is they were specially marketed through a discount channel and were thus not affiliated with the regular Hamilton line sold through fine jewelers. 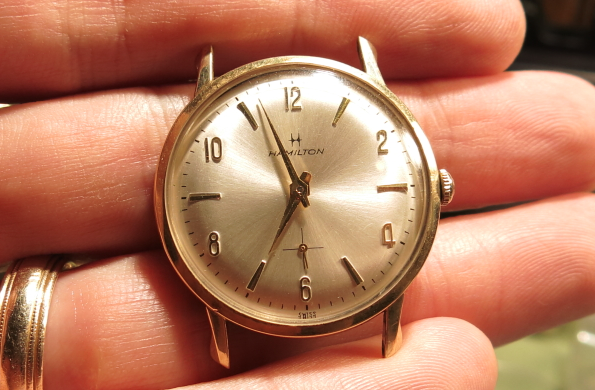 Looking very closely at the side of the watch, I can see an ever so slight gap.  It wasn't big enough to get my usual case knife into so I pulled the crystal off just to see if it would come out.  I wouldn't, so I knew I was going to have to separate the bezel from the back without tearing anything up. 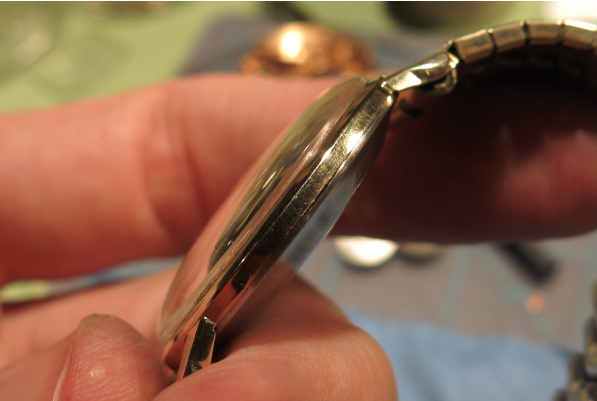 That's a job for a case opener like the one below.  This tool is great for snap-together cases that just don't want to separate (not the screw down type though).  It's spring loaded so what when you push the rounded red section toward the watch it compresses to a certain point - after which it snaps and seems to fire the point into whatever it's touching.  You have to be careful with it, of course, but this little tool packs a wallop-full of persuasion right where you need it. 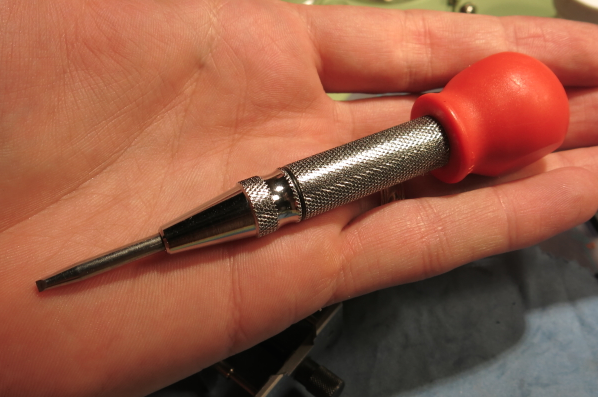 With the bezel and crystal removed, you can see this watch dial is in excellent shape. 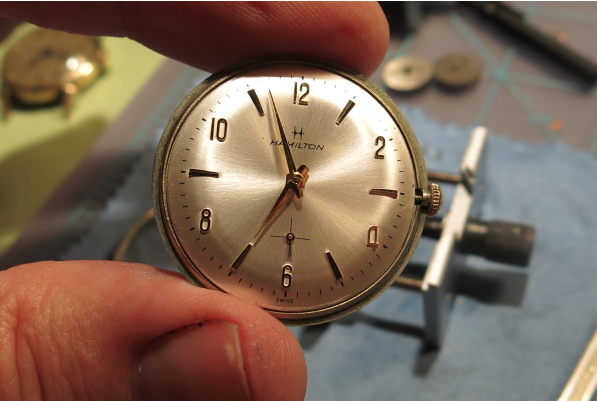 Inside the case back, you can see the M 59-3 runs a Swiss-made 686 movement.  This looks very similar to the 687 I just overhauled for the Thinline 4003 from a recent post.  However the 686 is a slightly thicker movement. 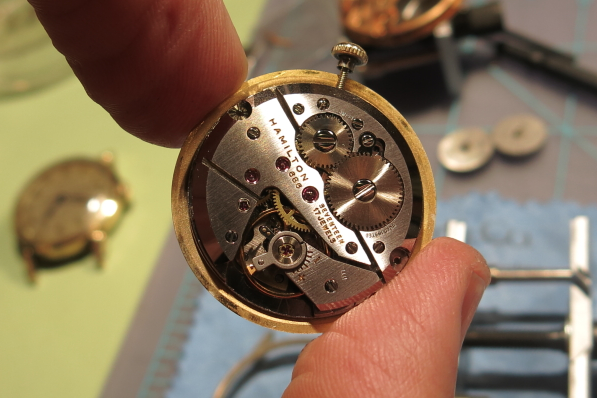 With it all disassembled, cleaned and set out to dry, the movement is ready to be lubricated and put back together. 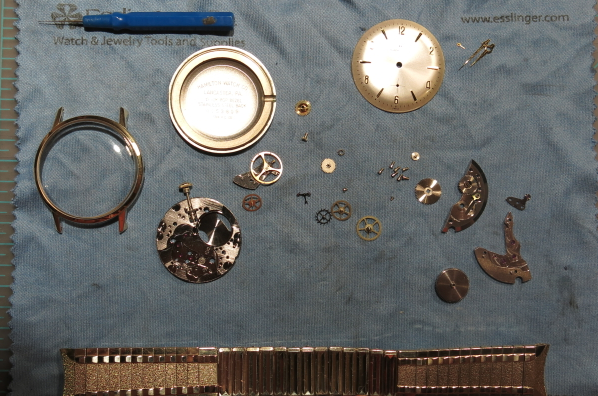 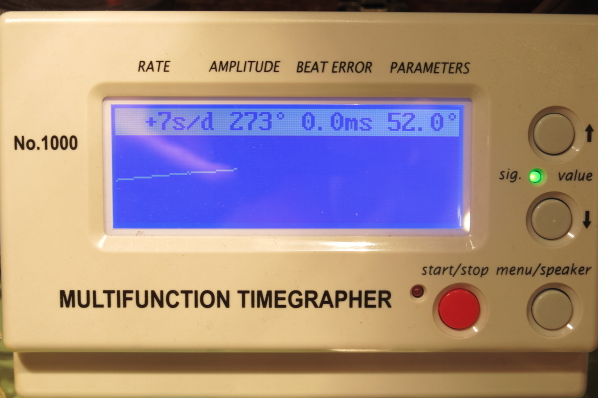 And here's the finished product, all cleaned up and ready for wrist time. 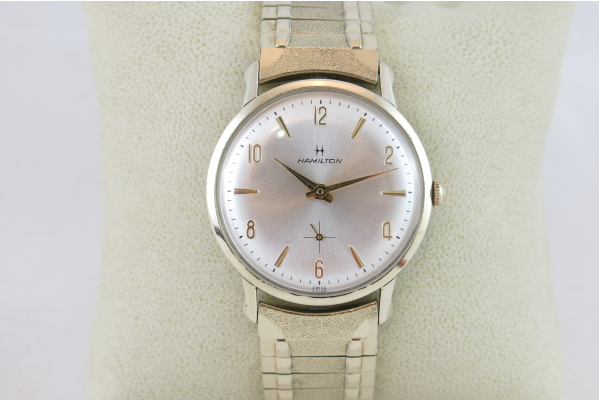 When I bought this watch in a local shop, it came on the bracelet shown.  I was hoping it would be the original bracelet.  I could very well be original to the watch - but it's not the one shown in the catalog.  It looks great with the watch though - so I'll leave the two together.
Posted by HandyDan at 12:45 PM