In 1941 Hamilton introduced models in "Coral Gold", aka rose gold.  Some were in solid coral gold and others in coral gold filled.  These models were also available in yellow gold cases too.  The coral gold versions were only produced for one year and were interrupted by WWII.  After the war, the coral gold options were not reintroduced - so they're all fairly unique collectibles.

One of these special models was the 1941 Myron.   The yellow gold filled model was produced through 1951 - although the coral gold version is much more scarce. 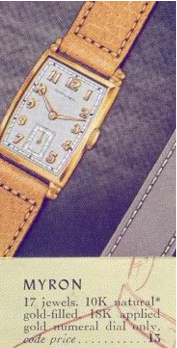 Presented in a 10K gold filled case, the Myron featured Hamilton's 17 jewel, 14/0 sized 980 movement.  The case is prone to wear through on the tips of the rounded lugs but examples in very good condition are pretty easy to come by.

The dial is sterling silver and either finished in a two-tone butler / white finish or the pink coral finish.  The yellow-cased Myron has solid 18K yellow gold numerals on the dial.   The coral gold-cased models also have solid gold numerals but they are rhodium plated to look like white gold.

I recently picked up a coral gold Myron - it was in excellent shape though it looked a little funny with very thick, curved crystal that gives the watch a gold fish bowl effect.  It's so thick that I think it actually protected the case from excessive wear. 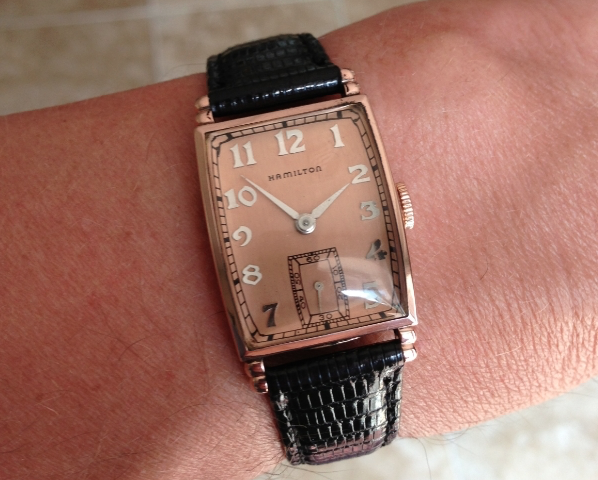 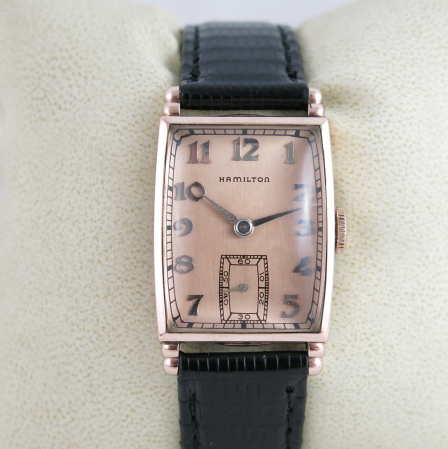 I've restored a number of Myrons over my experience collecting Hamiltons.  The Myron is a good sized watch for a model from this period.  The 14/0 movement is compact enough to outfit some very small men's watches.  Even though the Myron is small by today's standards, it's a large watch compared to it's peers.

Here's an example of a yellow-cased Myron I restored a while back.  The before shot shows you the typical wear pattern to the lugs.  And as you can see, the dial was a complete disaster and needed to be redone.  The watch had nice hands though - so it had that going for it. 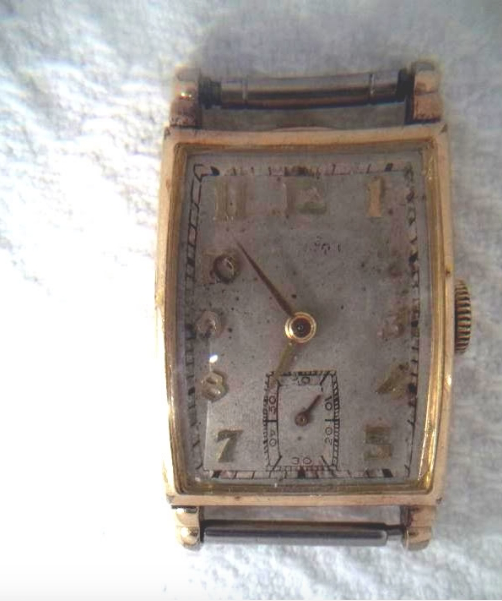 The after-shot with a fresh redial, new glass crystal and polished case shows what a little TLC can do for a vintage watch.  Definitely a keeper! 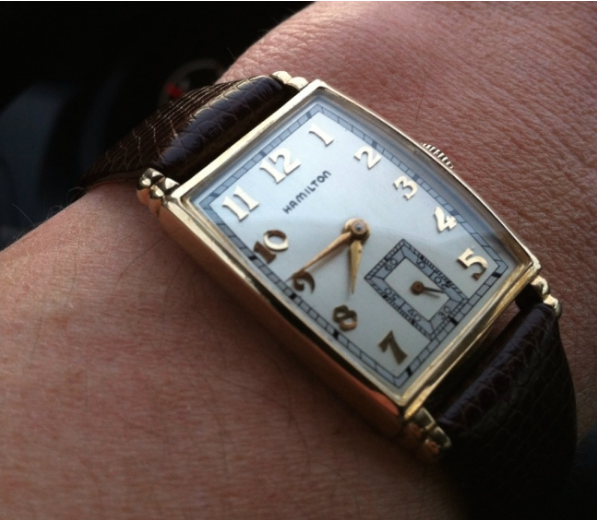 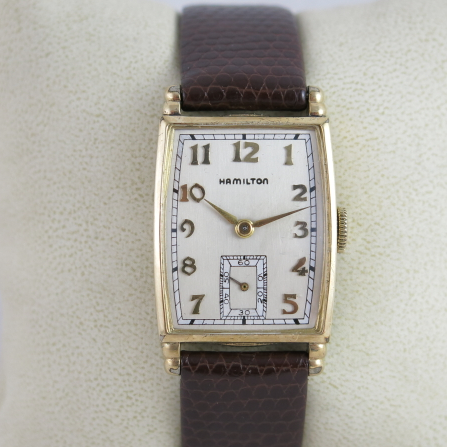