So it makes sense that the Automatic K-402 was an early watch in a gold filled case.  It was introduced in 1955 and produced for three years.

As you can see in the catalog ad, the K-402 came with a choice of black or white dials.

Behind the dial you'll find Hamilton's 17 jewel 661movement.  All Hamilton automatics were made by various Swiss manufacturers.  The 661 was made by Certina Kurth Freres and is a caliber 28.45.  The little toggle-switch looking thing on the rotor is actually used to remove the rotor.  Flip it to the left and the rotor will come off (once you rotate it to the right position). 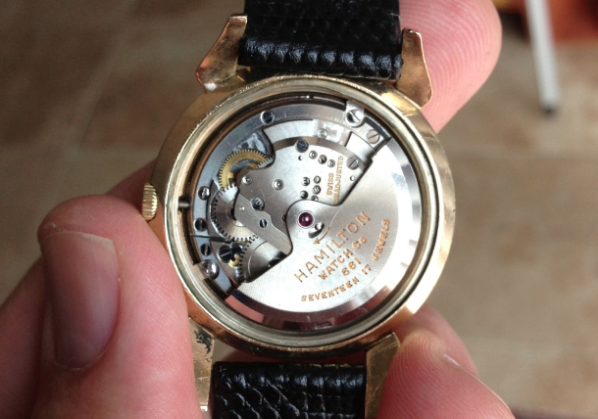 On the wrist, the K-402 is a sharp looking watch, both figuratively speaking as well as looking at the stepped case with sharply angled lugs, hour markers and dauphine-style hands. 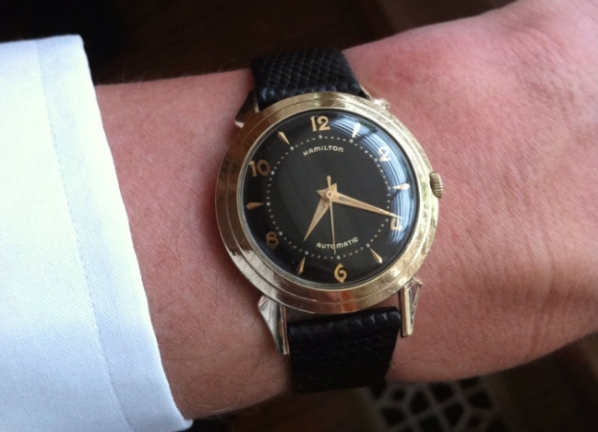