Continuing my posts on micro-men's models, another enticing model for the unsuspecting collector is the 1940 Paige.  This very stylish model is quite attractive but it's dial is no larger than a nickel.

The Paige came in a 14K gold filled case with a choice of an AGN dial or a black zone gilt dial.  The latter is very similar to the Endicott, which was also available at the same time.

The Paige was only produced for two years.

Under the dial is a 19 jewel, 14/0 sized 982 movement and it pretty much fills the tiny case that comprises the model.

Here's a photo of a Paige I restored a while back.  The domed crystal gives the dial a bit of a gold fish bowl effect. 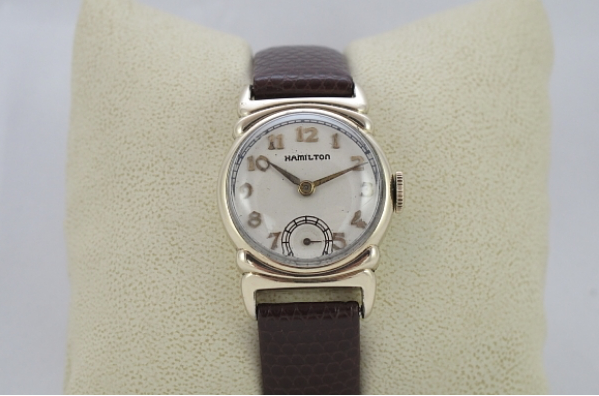 And here's an example of the black zone dialed version alongside an Endicott with the same style dial.  The photo is courtesy of fellow-collector, Tom Diss.

Keep in mind the Endicott has a 6/0 sized movement and is about 28mm wide.  So you can imagine just how much smaller a Paige is when on the wrist. 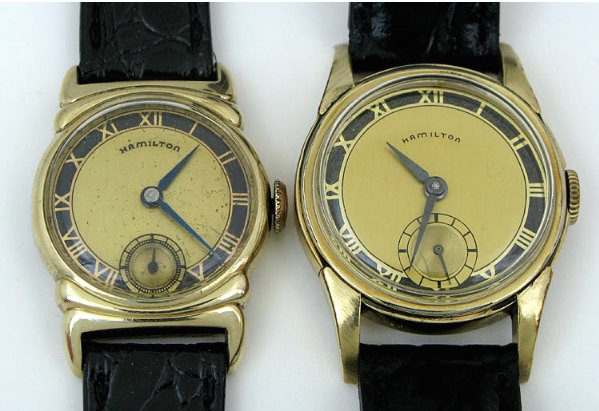 Still, the Paige is an attractive model in my opinion and would be a great gift option for a special lady who appreciates vintage time pieces.
Posted by HandyDan at 5:24 PM