Hamilton has a number of watches with "recycled" model names.  In some cases, three different models  each share the same name.  Normally there's about a 15 year or more span between versions -which at the time probably seemed like a lot.  But when looking back over the 50 years that Hamilton made wrist watches in the USA, 15 years doesn't seem so long in hindsight.

Sometimes the different models looked similar to each other with the second model being a modernized version of the earlier watch... for example the Grant

In 1935, Hamilton introduced the original Dixon.  Then, in 1953 Hamilton reintroduced the model name with an entirely different design.  The "new" Dixon was made for three years. 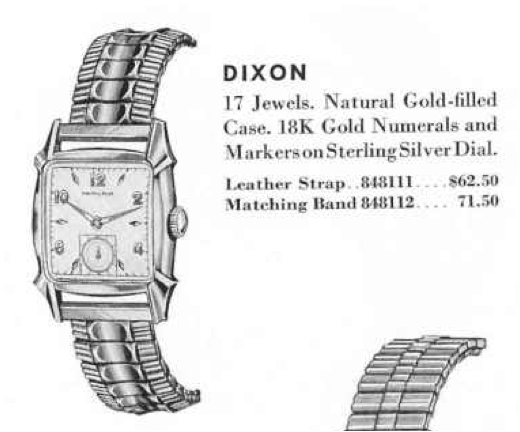 The Dixon is a great example of 1950's styling, when cases became very sculpted and featured a variety of angles and sharp details.  It reminds me of some of the cars from the 1950's that featured the same sort of styling... big fins, and all.  These watches often came with bracelets that celebrated the same angular details featured in the bezel.

Of course, these design details are not for everyone... you either "love them" or "hate them".  I think you can probably put me in the latter category... I'm not a big fan, to be honest

Below is a picture of a Dixon I used to have.  If you look closely at it you might realize that something isn't quite right... can you see it? 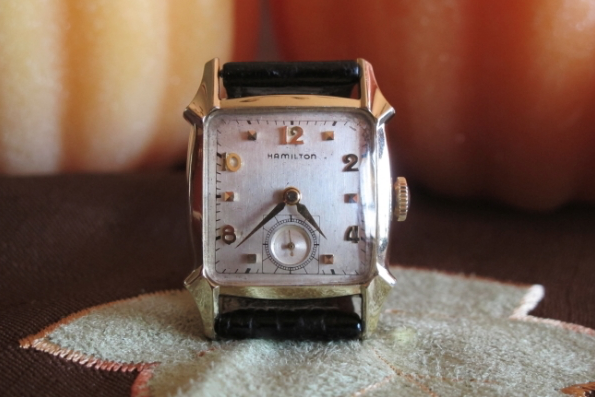 The hour markers are different than the catalog ad!  Is this watch a "franken"? If so, that's a big deal as having the correct dial is important.  You might have also noticed the second hand is a different style.  That's usually not a big deal though, it's nice to have the correct style but it's also very easy to change.

Turns out, in 1955 Hamilton changed the Dixon to feature "gold numerals and squares".  So this Dixon is 100% correct - it's just a 1955 example.  Identifying these little unique style changes is part of what makes collecting Hamiltons an exciting challenge. 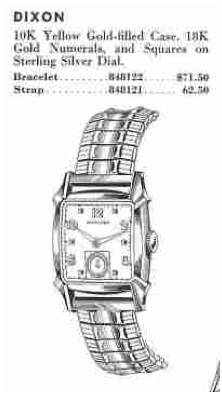