During the 1940's Hamilton transitioned away from it's larger 6/0 sized movements and towards models with the smaller 14/0 sized movements or the new 8/0 sized movements.  As a result, watches also got smaller.  In fact, there are several men's models that are tiny by today's standards.  Maybe that was the fashion after WWII - but by the mid 1950's watches started to get a bit larger again.

One of Hamiltons deceivingly small watches is the 1946 Norman.  I'm sure there are many folks who have purchased this watch on-line only to realize that it's quite small, even by vintage watch standards.

The Norman was produced for six years. 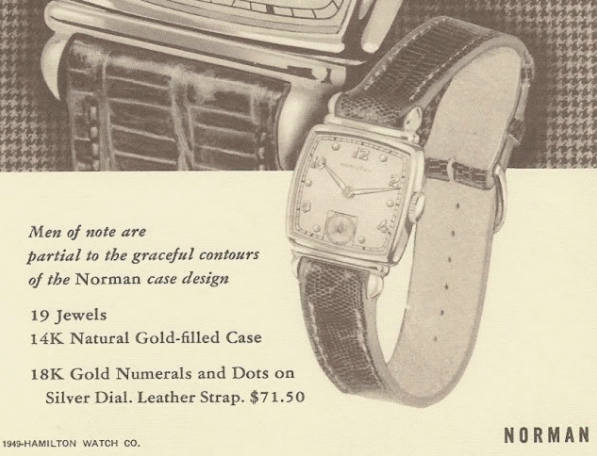 I think the Norman is easily confused with the 1941 Martin - which was also available in 1948.  Both watches are square shaped with rounded lugs.  The Martin is much larger though.

Although the catalogs only show the dial as a sterling silver butler finished version with solid 18K solid gold numerals and dots, I have also seen black dialed versions as well as a version with black numerals on a gilded dial.

I recently purchased a Norman with the black numeral / gild dial.  You don't see it very often and it looked like it was in decent shape but in need of some TLC - just the way I like them.  As you can see, the crystal is very scratched up. 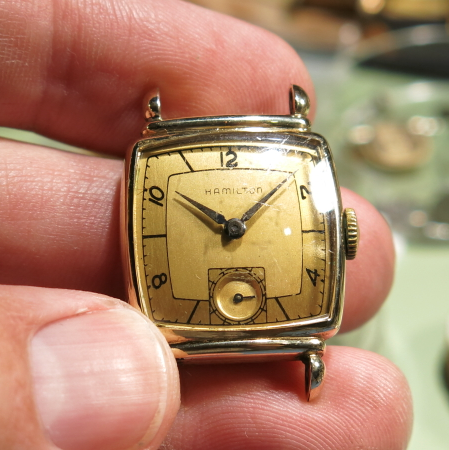 With the bezel removed, you can see the dial is in pretty good shape.  The 12 and the line at 3 look a little iffy to me and I suspect this might be an old refinish.  Refinished dials can be a big deal for some makes (like Omega) but they're not a concern with vintage Hamiltons.  Getting dials redone was often a part of the overhaul process and I bet there are lots of "original dials" out there that were actually refinished at least once in the past 70 years.  As long as it's done correctly, a good refinished dial is preferable to an ugly original, generally speaking. 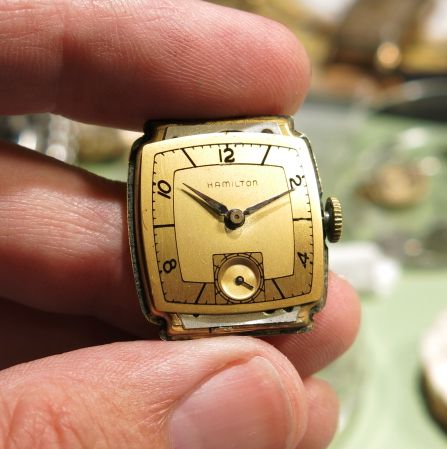 Flipping the watch over, the movement is a little dirty and in need of cleaning.  However, if you look closely, it's a 980 movement.  So this movement doesn't belong in a Norman - if you're a purist.  Dating the watch by the serial number, the movement was made in 1941 - too early for the Norman.  I suspect something happened to the original movement and this 980 was an easy and cheap solution.

Fortunately I have a number of spare 982's, so I'll just drop a correct movement in place and this Norman will be back to it's proper set up.  I could use a spare 980, anyway. 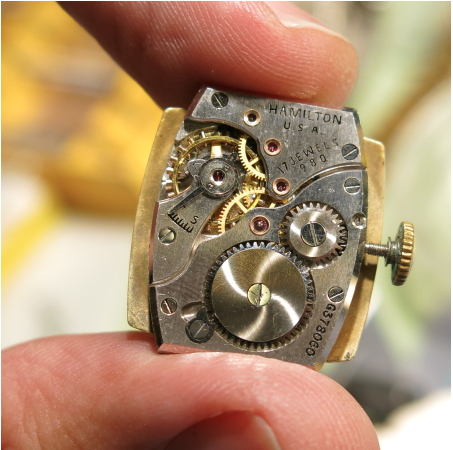 Once I removed the hands and dial, when I flipped it over I saw some numbers scratched in - that's a sure sign that it has been refinished.  So my hunch was confirmed. 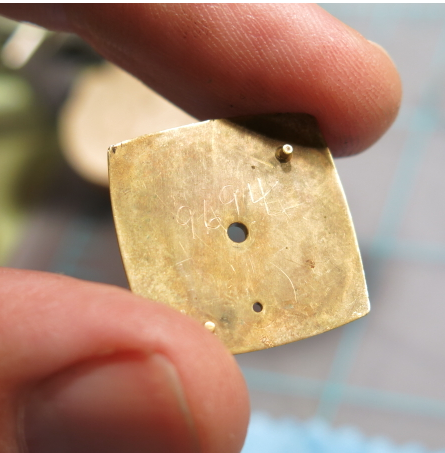 My "new 982" movement was already serviced and ready to roll.  As you can see on my timer it is running spot on with great vigor. 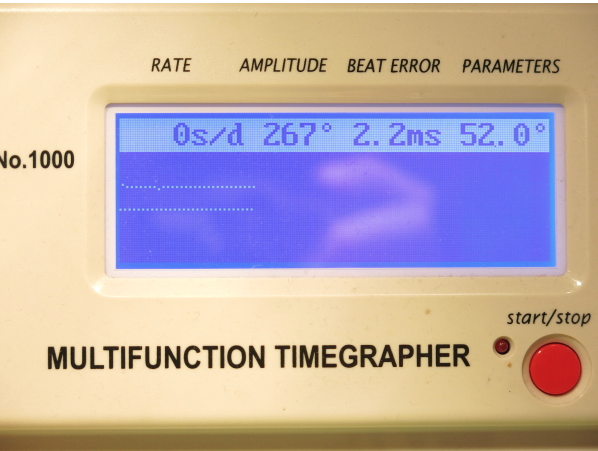 And here it is, all back together and paired with a genuine Hamilton vintage watch strap and a new glass crystal.  Too bad it's too small for me.  I hope my wife likes it! 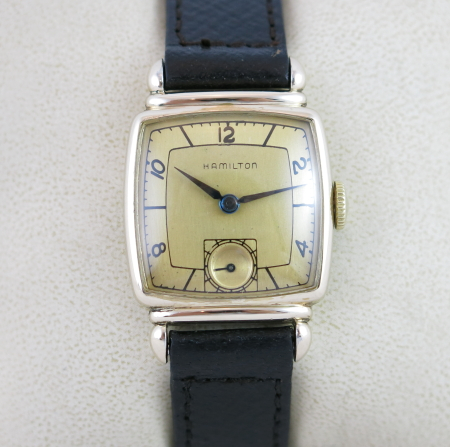 And here's an example of a Norman with it's original and correct applied gold numeral and dot dial. 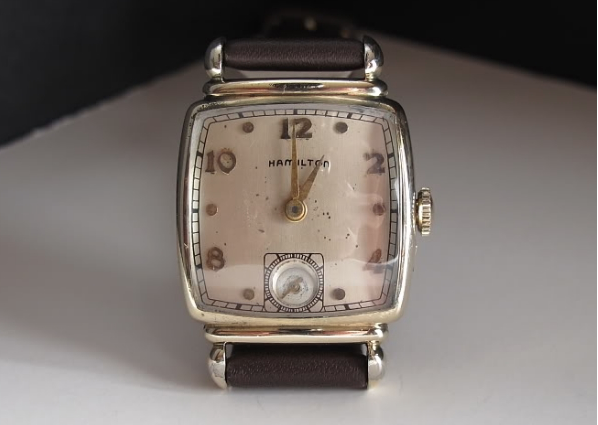