Hamilton liked to reuse some model names multiple times, which is interesting since there are a number of common names that were never used. Why the same name was used over and over is a mystery to me.

In 1962 Hamilton introduced their third Perry - which draws no inspiration from the prior two Perry models from 1948 and 1931.  The third Perry was produced from 1962 through 1964.

The 1962 version of the Perry came in a 10K gold filled case and had a choice of two dial patterns, an all marker dial or an applied gold numeral version.  The hand style is called "baton".

Under the dial is Hamilton's flagship movement, the 22 jewel 770 grade.

I recently purchased a Perry with the AGN dial.  It came on an interesting bracelet but it's not original to the watch and the gold was worn through so I won't bother reinstalling it. 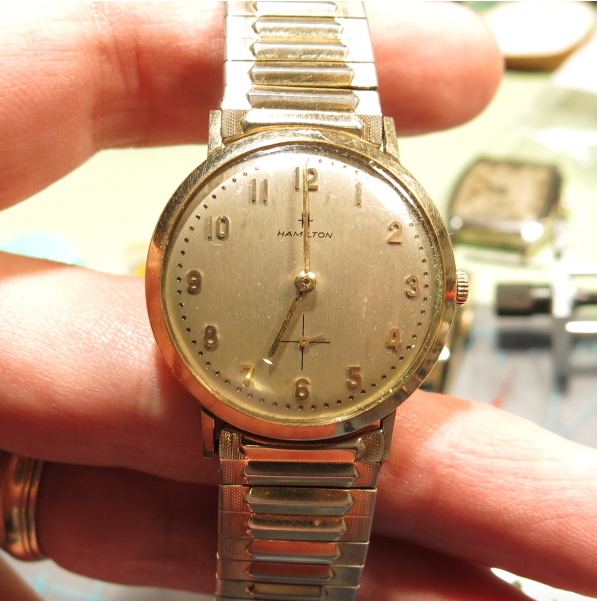 Sometimes it's not obvious how a case opens up.  Looking at it from the front, one might imagine it's a one-piece case that opens through the crystal.  But this crystal is glass so that's a clue that it opens differently.  Sure enough, there is a little lip between the upper lugs and the bezel just pops off.

Here's a shot of the dial with the bezel removed.  You can see the minute markers are "pearlized dots" in which they are actually recessed into the dial with a little gold enamel to make them shine. 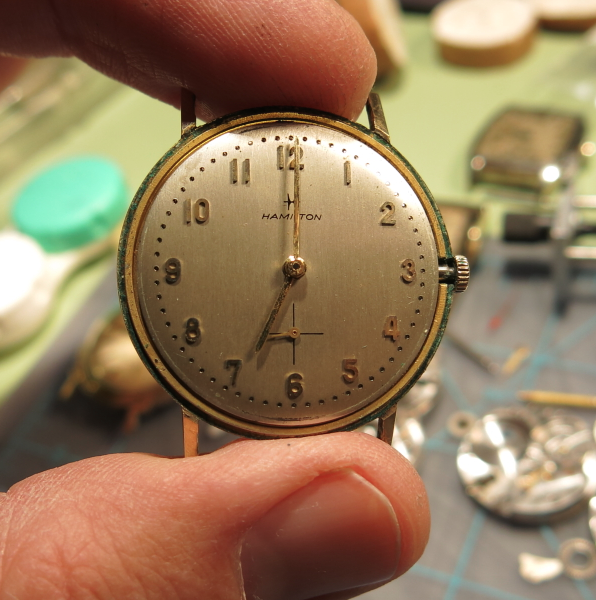 Initially I wasn't sure what movement I would find in the Perry and it would be easy to expect a round Swiss-made movement so I was very pleased to see a 770 under the hood.

The 770 is a wonderful movement - shock jeweled, lots of cap jewels to keep dirt out and it goes together very easily… it's just a great design overall. 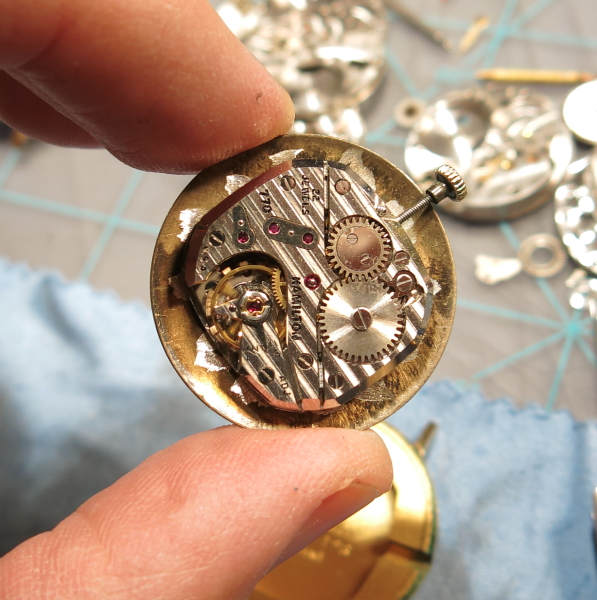 As you can see below, the 10K gold filled case is very solid and has a recess cut out for the 12/0 sized 770 to fit snugly inside. 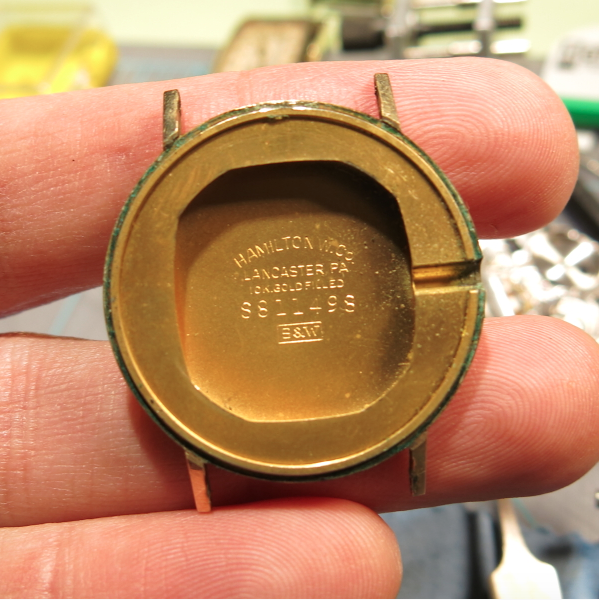 After cleaning and oiling the movement, you can see how I adjusted the timekeeping with the regulator.  The initial rate is shown in the center and indicates about 60 seconds fast based on the angle of the two lines.  Then I made a change on the right side of the screen, which wrapped over to the left side of the screen.  I continued to tweak the regulator until the length of the hairspring was just enough to run at 8 seconds fast per day, with good amplitude. 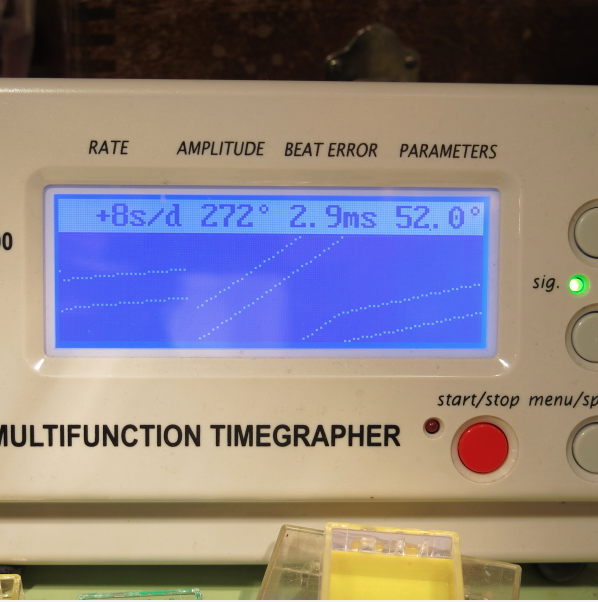 And here's the finished product on a fresh black lizard strap and with a new crystal installed.  I think the Perry is a very striking looking wrist watch.  This is the first one I've ever seen and I'm surprised there aren't more of them.  Now to find a marker-dial version! 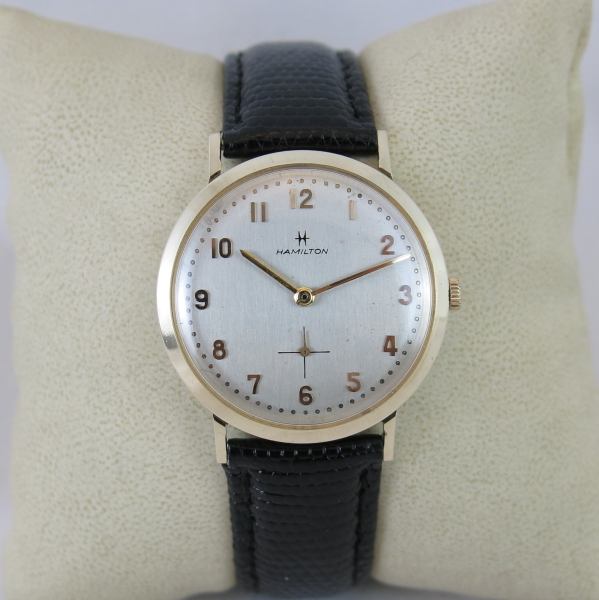